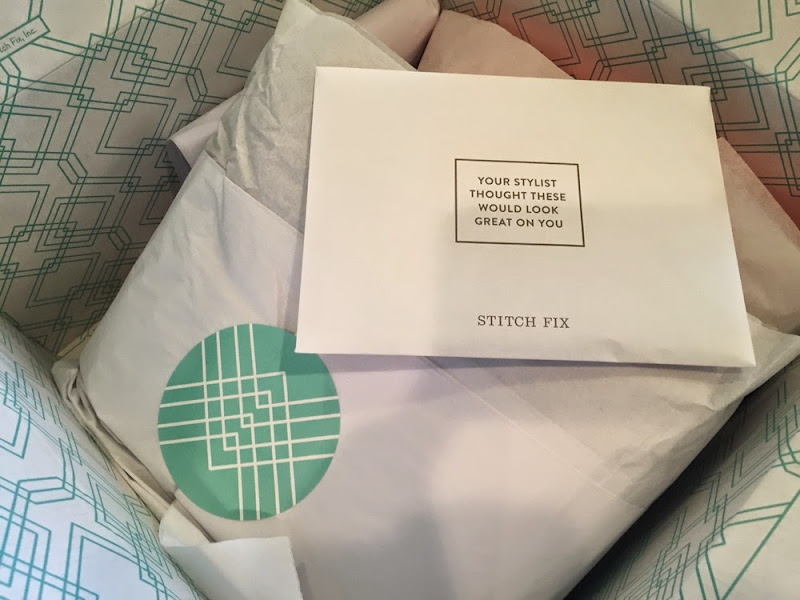 After the bummer that was my last Stitch Fix box, I was hoping things would turn around. My hopes were instantly dashed when I tore into the box. I could pretty much tell they have no idea what my style is. Seriously….after 11 shipments!?! I think I gave them a fair chance. 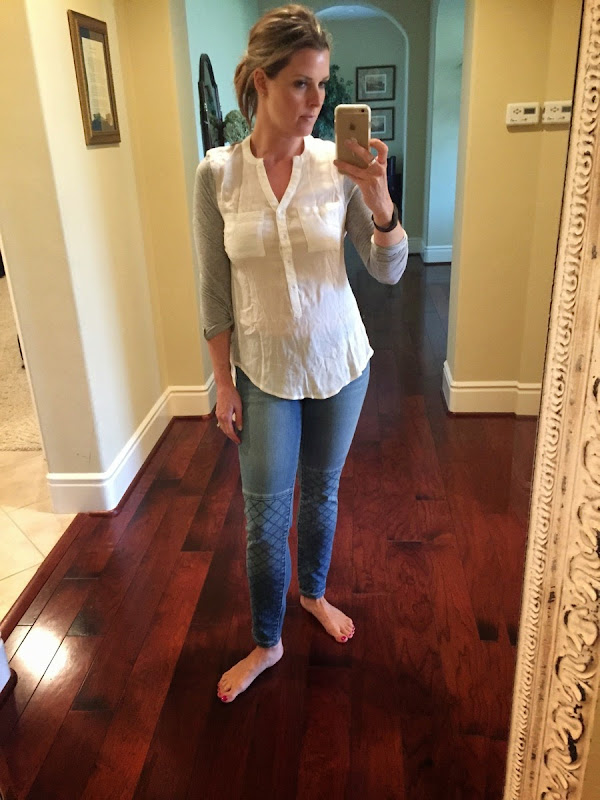 I couldn’t get down with the quilted pattern on the jeans. And the top? Forget it. It was worse in the back.

Next on was the Moon Collection Bailee Cowl Neck Knit Poncho (aka giant coral blanket): 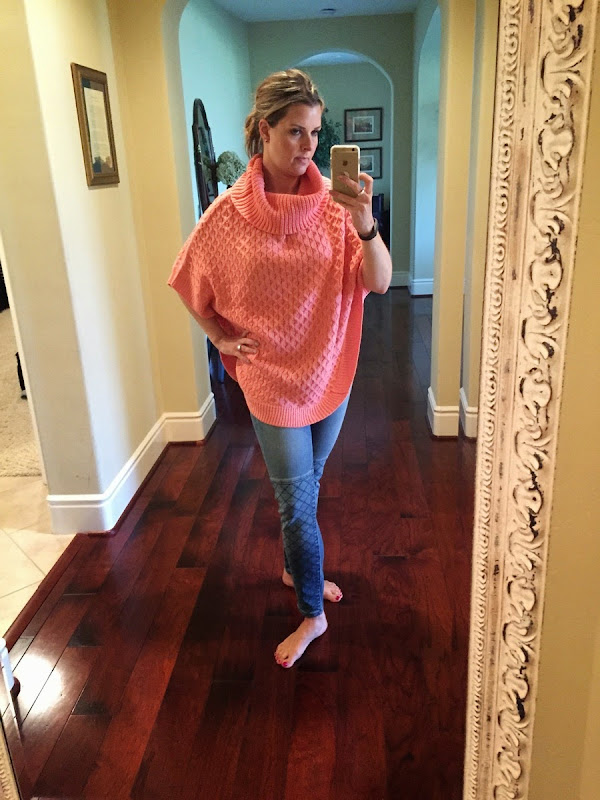 Next was The Eight Sixty Carolyn Striped Dress: 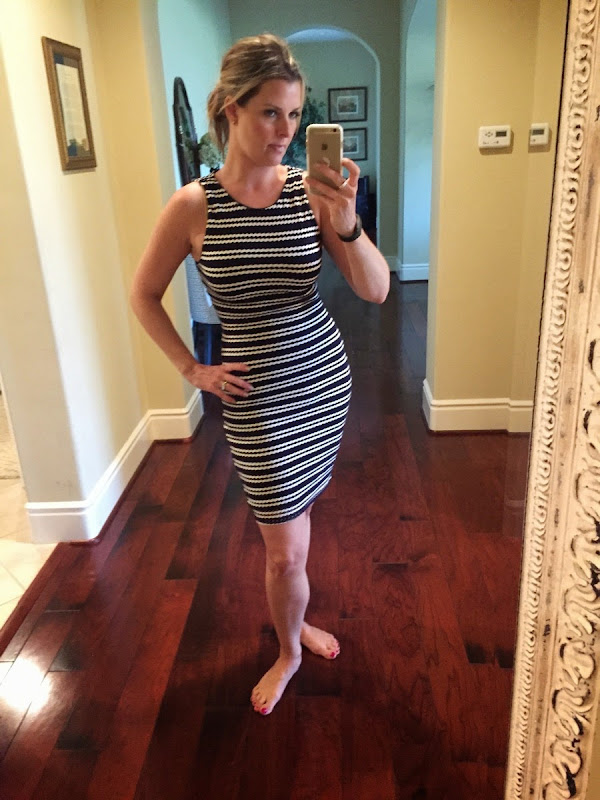 I ended up keeping this one. It wasn’t expensive (and I didn’t want to lose my $20 styling fee) and I am sure I’ll get wear out of it. Easy to dress up or down. 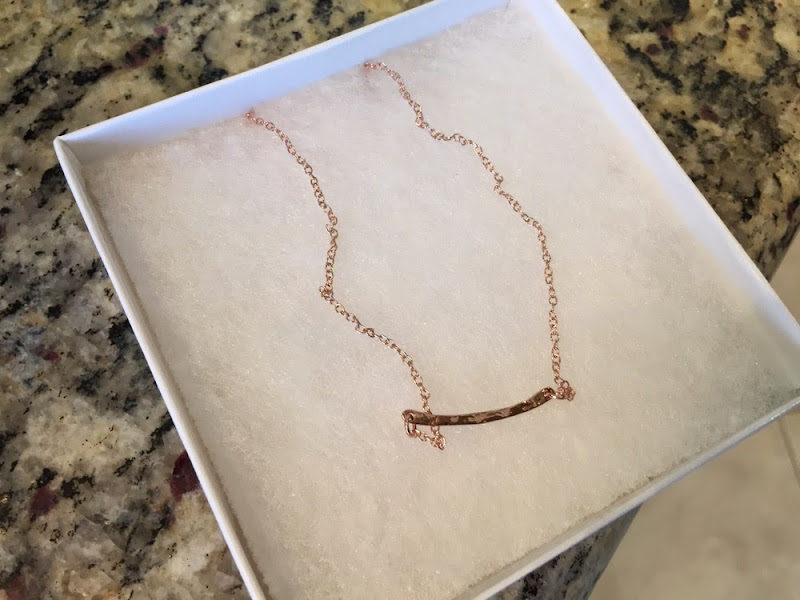 It was rose gold and I don’t wear rose gold. Simple as that.

So….I broke up with Stitch Fix. I’m really disappointed because I love the idea of the company. They just could not get it right. Sad face.

Moving on (cuz that’s what you gotta do after a breakup)….

Breakfast was scrambled egg beaters with the usual boringness: 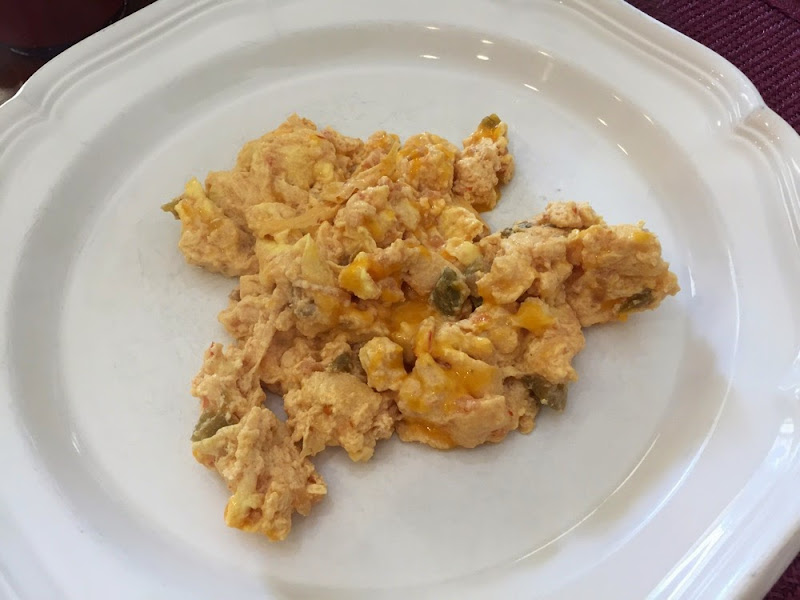 I took the kids to doctor appointments, haircuts and other random errands. Lunch was at Pei Wei. I had the kids steamed sesame shrimp with brown rice and veggies. 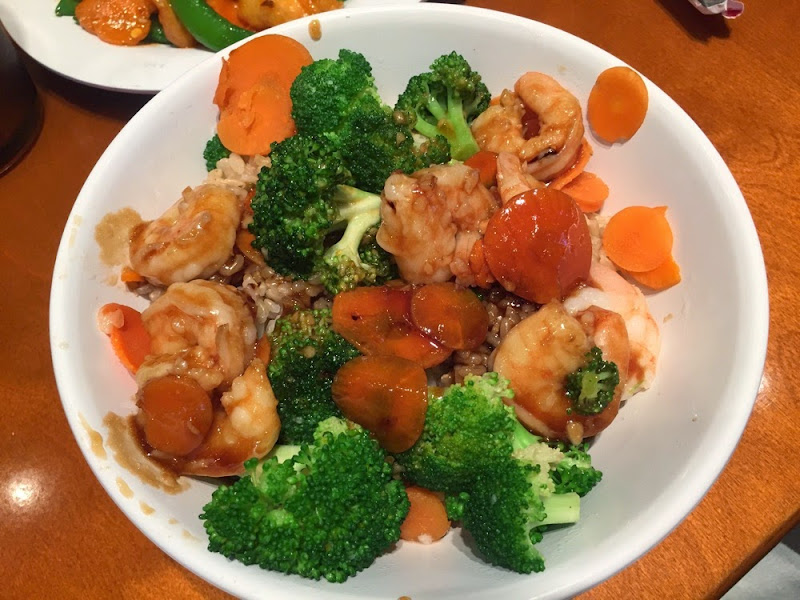 I haven’t ordered the shrimp steamed before (didn’t know I could until recently). The sesame sauce was new to me too. It was a winning combination! At least something worked out!

Tomorrow we are off to Florida with some friends for Spring Break!

Have you ever tried Stitch Fix or similar? Did it work out for you?