On my way to pick the kids up from school yesterday, I brought a sliced apple and a Babybel cheese with me to snack on. 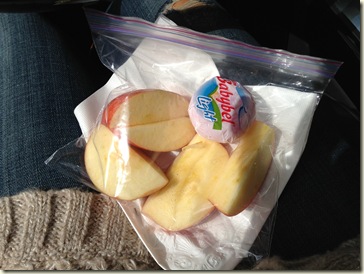 Later yesterday evening my husband and I went to the Padres baseball game. We were invited for a work event and were lucky to sit in one of the luxury boxes! 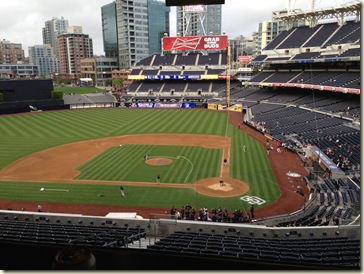 There was a buffet of the standard ballpark fare…hot dogs, mini pretzels, hamburgers, etc. They also had sushi! 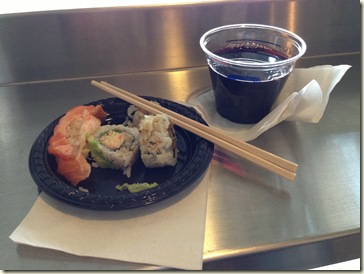 I had a couple plates of sushi along with some red wine. I also tried the hot wings they had. 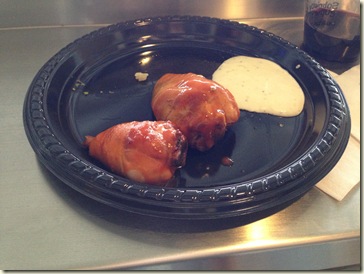 The hot wing sauce was good but the wings were a weird shape and were a bit fatty so those were the only two I had.

The best presented item was the hummus with pita chips, tapenade and tomatoes. 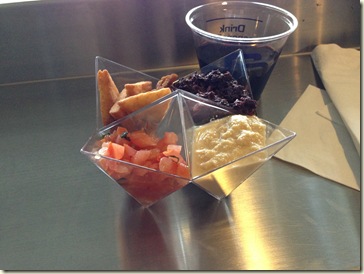 I also had a mini cheeseburger. They were too cute to resist. 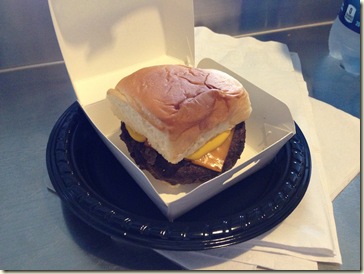 Last but not least was dessert! Haagen Dazs bars! 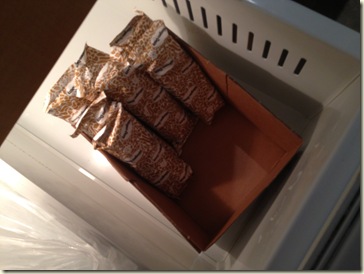 No…I did not eat them all. Just one. :) Diet out the window for sure.

It was fun watching the Padres beat the Marlins 5-0! 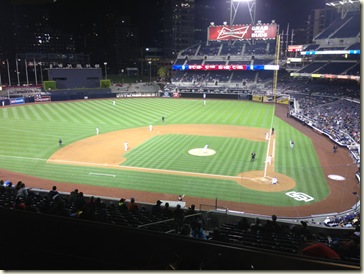 This morning’s breakfast was a toasted English muffin with peanut butter and a bowl of grapefruit. 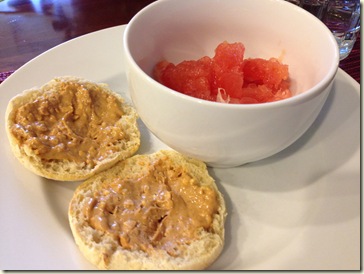 I took the kids to school and went to spin class. I haven’t been to spin in ages and it felt good to get my spin on!

Afterwards I ran a bunch of errands, including a trip to Costco where I had to buy a bunch of stuff for some upcoming school events. 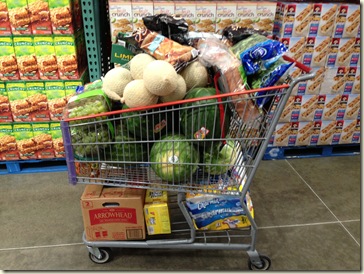 I could barely push the cart. There were 10 watermelons in there. Workout #2.

Lunch was a tuna sandwich and “Texas Caviar” that I bought at Costco. 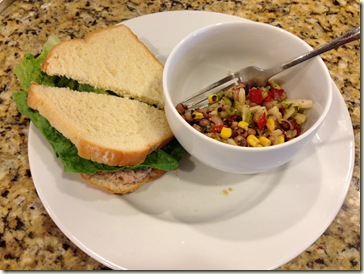 The Texas Caviar was just ok. Now I have a big tub of it. What should I do with it?

When was the last time you went to a baseball game?