After all the crazy rain and hail we had on Saturday night, I was really worried about the weather for the baby shower my friend was hosting on Sunday. The weather turned out so beautiful! 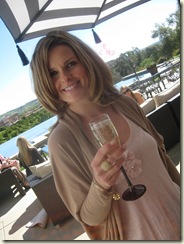 As soon as I arrived, I poured myself a glass of champagne to get the party started.

My friend Cathi threw a baby shower for her daughter in law who is having a little girl. Cathi decorated everything in pink….it was beyond adorable. There was even a cotton candy machine and COTTON CANDY vodka. 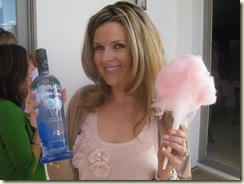 I actually ended up putting some of the cotton candy vodka in my champagne. It rocked my face off.

You know what else rocked my face off? Lunch. Cathi made these unbelievable Muffuletta sandwiches. 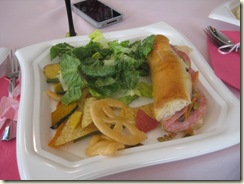 What is a Muffuletta sandwich you ask? You can read Wikipedia’s description here but Cathi’s contained salami, provolone cheese and a marinated olive salad.

They were so good that I had another when the extras came around. When it was time for dessert (ice cream), I skipped it and had ANOTHER sandwich. In my defense, they weren’t that big, I swear. :) The funny thing  is is that I really didn’t like olives before tasting this sandwich. I think I am a changed woman!

After the party, I came home to change and then the whole family went over to my friend’s house to watch the Oscars. I brought my Chocolate Cupcakes. I had half of one…..they were pretty darn good I have to say! I didn’t eat much else…a little salad and a few chips. I was still so full from all the Muffulettas I ate! 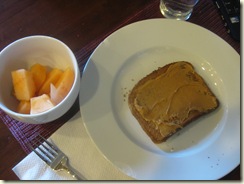 Hubby took the kiddos to school this morning so I went for my half marathon training run today. Today’s run was  3 miles but I had to incorporate hills in my run. The path I choose was entirely uphill (a big hill) for the first mile and a half.

Afterwards I went to Cardio Muscle class. I was already exhausted even before class started. I don’t think back to back running and weights class works. I was just way too tired today after both. I may have to run in the afternoons on Mondays. I really don’t want to miss my Cardio Muscle class.

My friend Lisa suggested sushi for lunch. I haven’t had sushi in awhile and it sounded so good and I was SO hungry after all that calorie expenditure. Hunger satisfied: 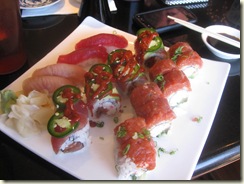 Hubby and I are going to a meeting at the school tonight and will grab some dinner afterwards. Have a great evening!

Ever had a Muffuletta before?