What old friends you ask? Well, fruits and vegetables of course! They have seriously been lacking in my diet lately. Time to put a stop to that! But first, let’s take a took at last night’s meal(s) that also lacked in the old friend department.

I had planned on going over to a friend’s house for a last minute “game night” after the kids went to bed, so I had a light meal with the hubby. I cooked up some penne pasta and reheated the last of the fabulous Vodka Sauce. I will miss that sauce greatly. I took about half the portion I really wanted to eat. It was hard. 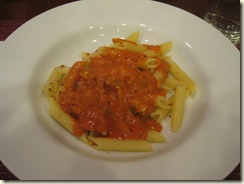 But I’m glad I resisted. Once at my friend’s house, I was greeted with various homemade pizzas: 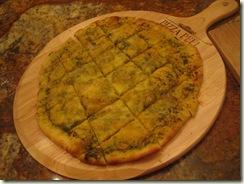 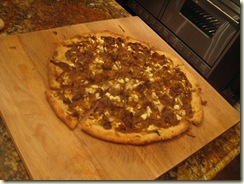 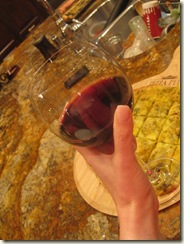 I did practice a little self control while there…I didn’t eat ALL of the pizza. :)

I almost passed up dessert but glad I didn’t: 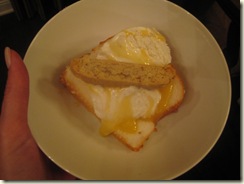 Pound cake, vanilla ice cream, lemon curd and biscotti. Why would you ever say NO to that?

We played a few games and went to bed way too late but had a freakin blast!

Well, saying NO is something I must learn to do. Enough indulging and back to the basics, folks. Bring on the fruits and veggies!

Breakfast: Cinnamon Burst Cheerios (love this!) with almond milk and a ton of cantaloupe: 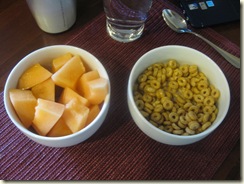 I took the kids to school, went to Target, the bank, the drycleaner, the pet supply store and the grocery store.  I was home by 10:30Am. Efficient.

Lunch was a salad bigger than my head: 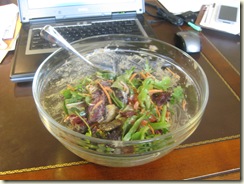 I put some hummus in the bowl, poured balsamic vinegar over it and stirred until it came together. I added tuna, mixed greens, cucumber, carrots, mushrooms, red onions and tomatoes. I missed you salad.

I need to have a super early dinner tonight because I’m meeting my team for our first track workout.  We start at 6:30PM. I know I need to eat something first…there’s no way I could wait until 8:30 tonight to eat dinner. So I guess it’s the early bird special for me tonight.