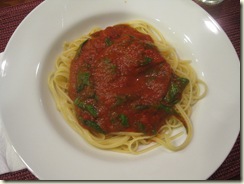 I washed the dishes, put the kids to bed  and went to bed myself.

Breakfast was a breakfast burrito: 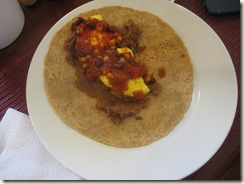 Egg Beaters, refried beans and salsa on a wheat tortilla.

I’m going a baby shower this afternoon. Then over to a friend’s house to watch the Oscars. At least I’ve seen a couple of the movies nominated. Normally I haven’t seen ANY of them nor have I even heard of them. :)

I decided to bake some treats to bring over to the Oscars party. Still feeling slightly lazy, I decided to use a mix to make cupcakes: 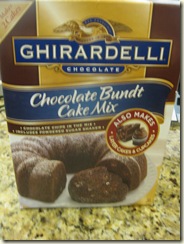 I bought this at Costco during the holiday and hadn’t tried it yet. Ghirardelli makes my favorite brownie mix so I thought I’d give it a try. I used the frosting recipe from the back of the box. 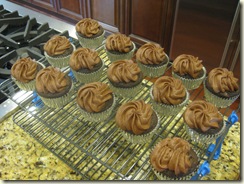 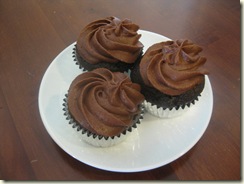 I was able to frost all but 3 cupcakes so I tried a cupcake without the frosting. Pretty darn good! It would be a very good bundt cake! :)

Have a great rest of your weekend!!!

Are you watching the Oscars tonight? Have you seen any of the movies nominated?