You guessed it. I’m back. I feel like I’ve been gone FOREVER. The trip was great though….super relaxing. I mean, extremely relaxing. We didn’t do anything but sleep, eat and sleep some more. I guess that’s what vacations are for, right?

Our cruise was on Royal Caribbean and it left out of Fort Lauderdale on December 30th. The first two nights were at sea. This included New Year’s Eve where I took my only food photo of the trip: 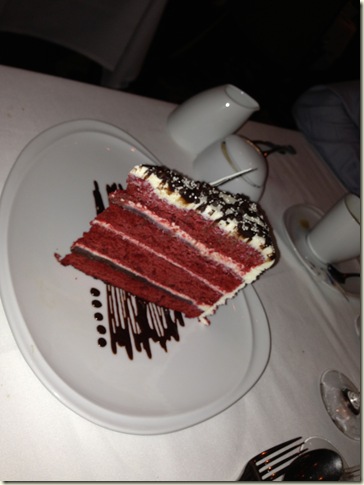 My New Year’s Eve dessert: red velvet cake at one of their specialty restaurants on board, Chops. Amaze balls basically.

What wasn’t amazing was the rest of the food on the cruise. It was really bad. We tried to eat in their specialty restaurants when we could otherwise I would just pick at the food. Still managed to gain some weight though! It’s probably because I gorged myself at dinners.

The cruise stopped at St. Kitts first. We walked around a bit but weren’t super impressed. The next stop was St. Maarten. We enjoyed a beautiful day at the beach there. The third stop was Puerto Rico where this picture was taken. 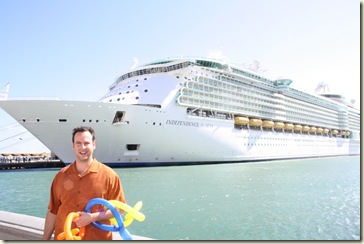 Yes my husband is holding balloon hats. Those are from Senior Frogs. Another food mistake.

The last stop was a private island owned by Royal Caribbean called Labadee in Haiti. It was gorgeous. 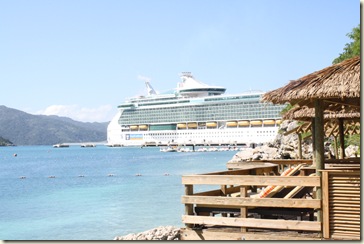 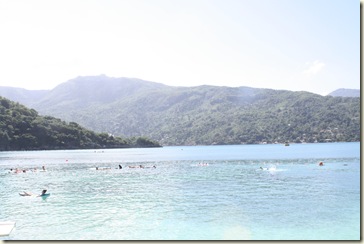 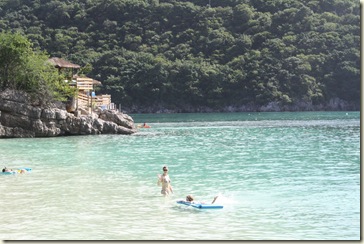 Yes that’s me waving. :) We spent the day lounging at the beach, enjoying the beautiful weather. It also happened to be my daughter’s 6th birthday that day. Not a bad way to spend it.

After we got off the ship, we checked into out hotel and got ready for the big football game! BCS game: Notre Dame vs. Alabama! 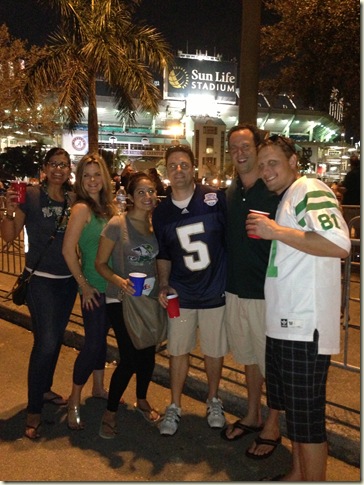 My brother and sister in law went to Notre Dame so we were there to cheer on their team with them! 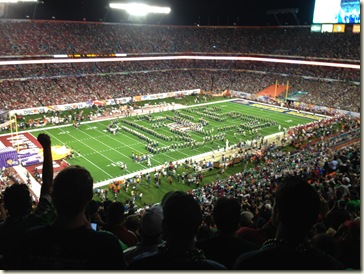 My sister in law and I: 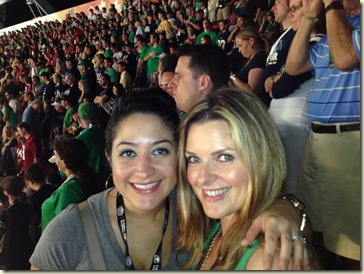 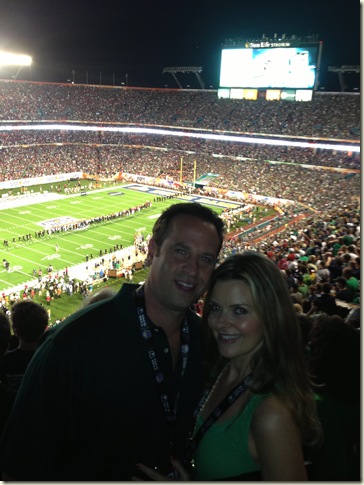 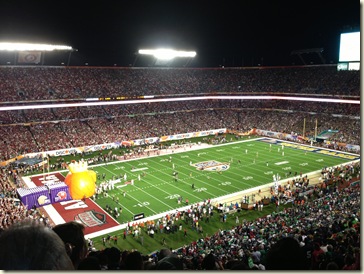 Although the game did not turn out the way we had hoped, it was still awesome to be there!

The next day (yesterday) we flew home. Flight from Fort Lauderdale to Los Angeles, then the two hour drive home. Exhausted.

It was a bit rough getting up this morning and getting back in the swing of things for sure. There wasn’t much food in the house so I settled on toast with peanut butter for breakfast. 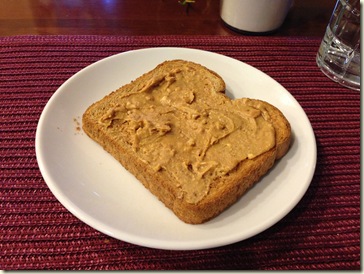 I took the kids to school then went to the gym for 45 minutes. Need to work off the vacation pounds!

Next up was a doctor appointment and then Urban Plates for lunch. I really need vegetables in my life.

The kids had a half day at school so I picked them up and then went grocery shopping. Guess what folks? I’m going to cook tonight. Something else I need in my life: home cooked meals.

When was the last vacation you went on where you did absolutely nothing?