Super Bowl 50 is now in the past. Just like that, football season is over. My family (except my daughter) is sad but I think there’s only 213 days left until football season starts again, but who’s counting?

We had so much fun at the Super Bowl yesterday and all weekend in San Francisco. Before we left, my mom came into town to stay with my daughter. We met some of my friends at Sammy’s Woodfired Pizza for lunch. We all split the Mediterranean Dip Sampler (hummus, baba ghanoush, Lebni cheese with exotic spices, EVOO, grilled herb flatbread): 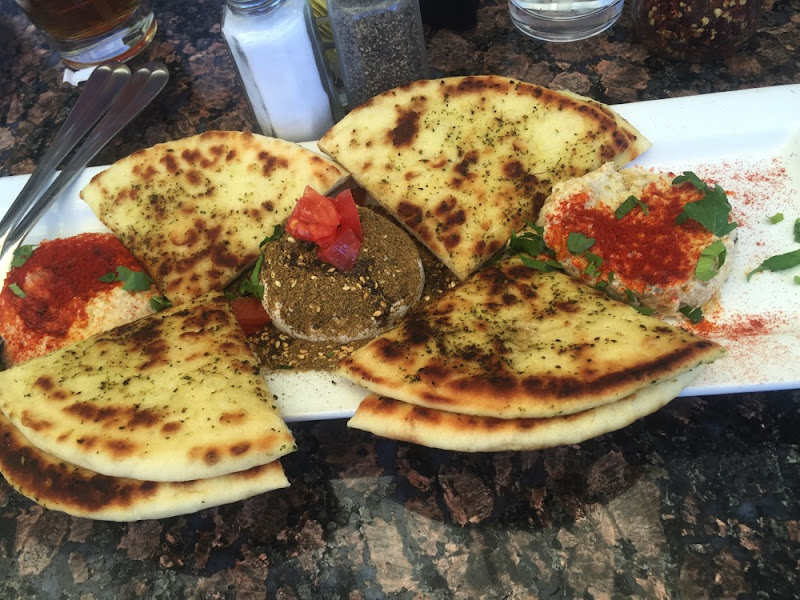 Then I had my favorite salad: The Original Chopped Chicken: 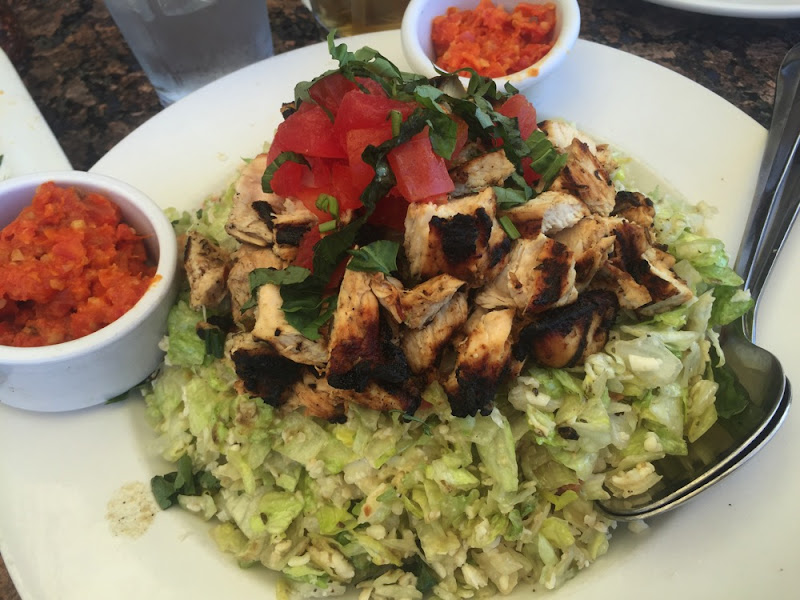 My moms LOVES cotton candy so I felt it was necessary to order her some. 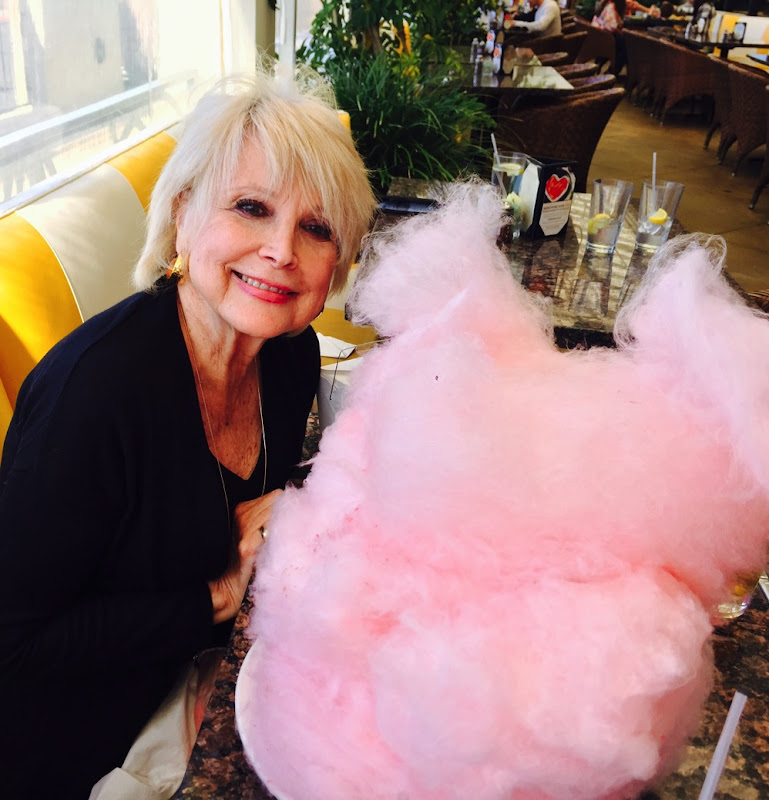 Some was an understatement. 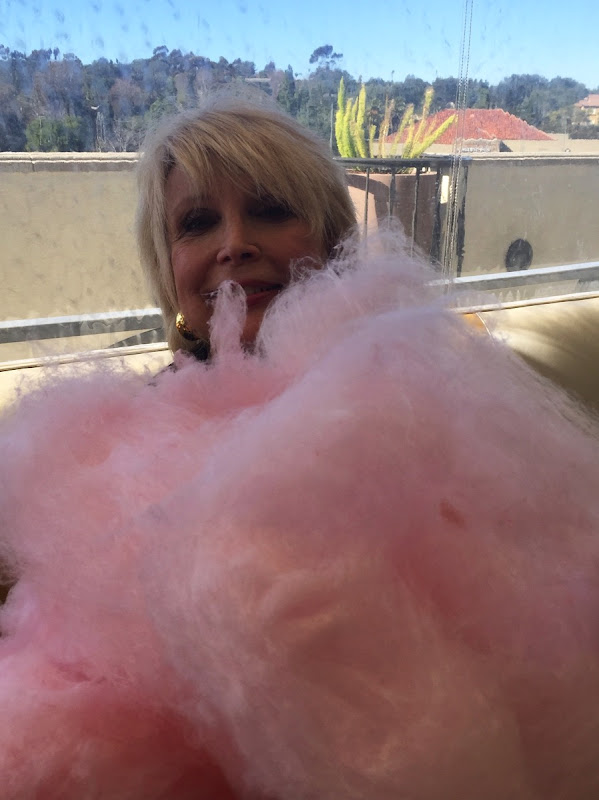 She was in heaven. Literally.

We picked up my kids from school, went to my son’s dentist appointment, then home. Dinner was at Firenze. My husband and I shared the Chopped Caesar salad: 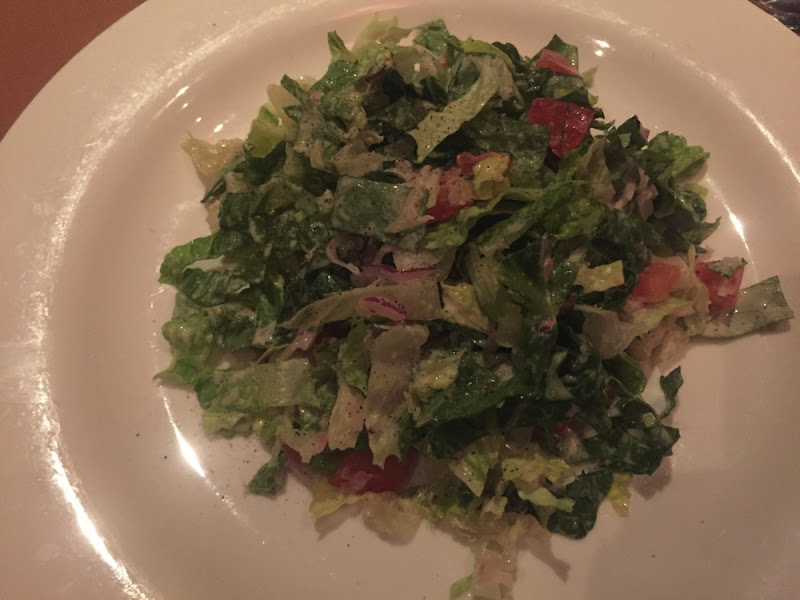 I had the Chicken Piccata: 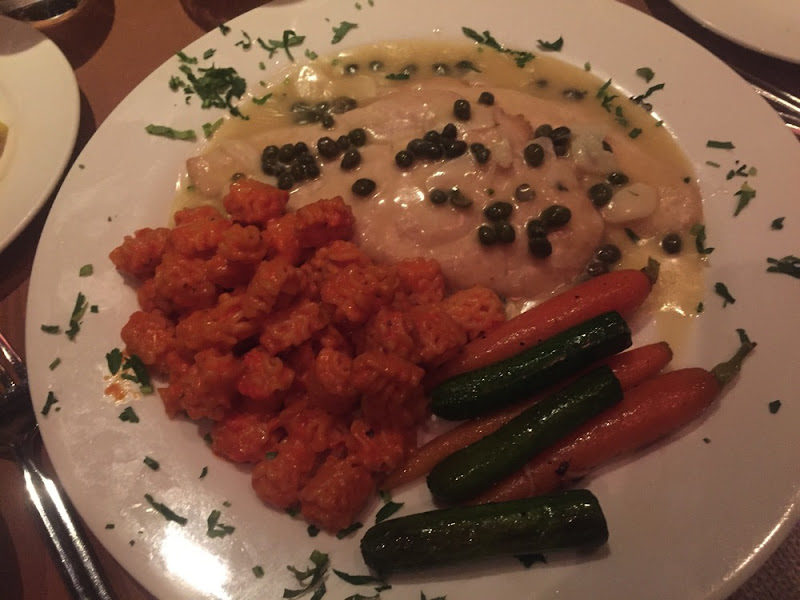 Saturday morning we were headed to San Francisco. I didn’t feel like making my whole egg breakfast so I opted for toast with peanut butter. Easy. 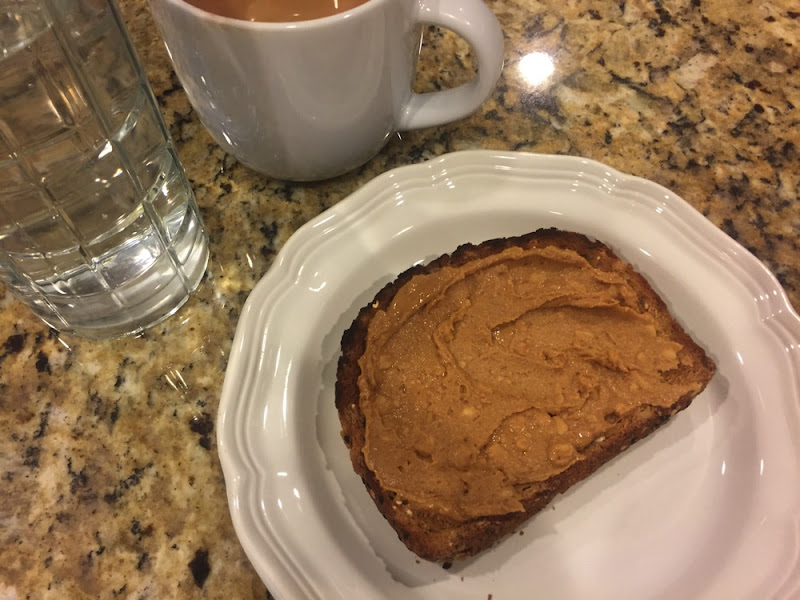 We hopped on our plane, arrived in San Francisco and checked into the Hyatt Regency Hotel. We took the cable car down to Fisherman’s Warf. We went to Johnny Rockets (family tradition) for lunch. I had onion rings and a cheeseburger. 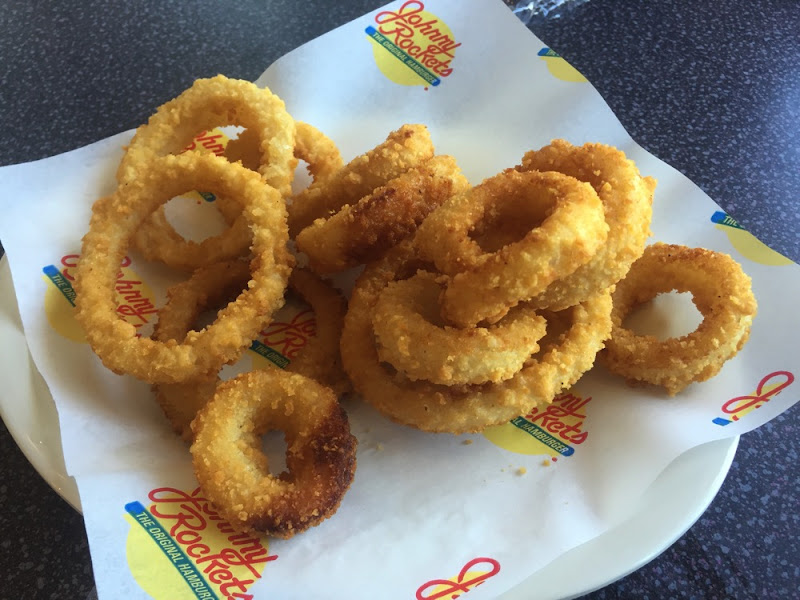 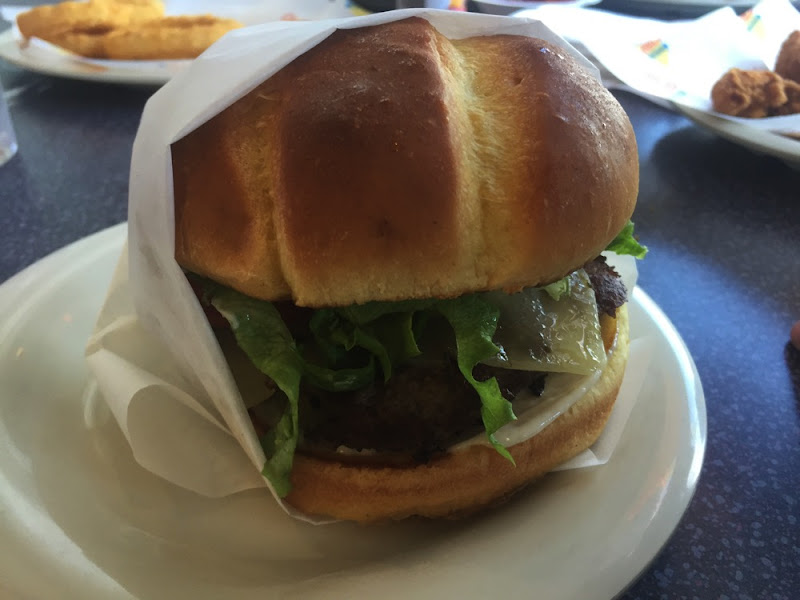 Not my favorite but my son loves it. :) 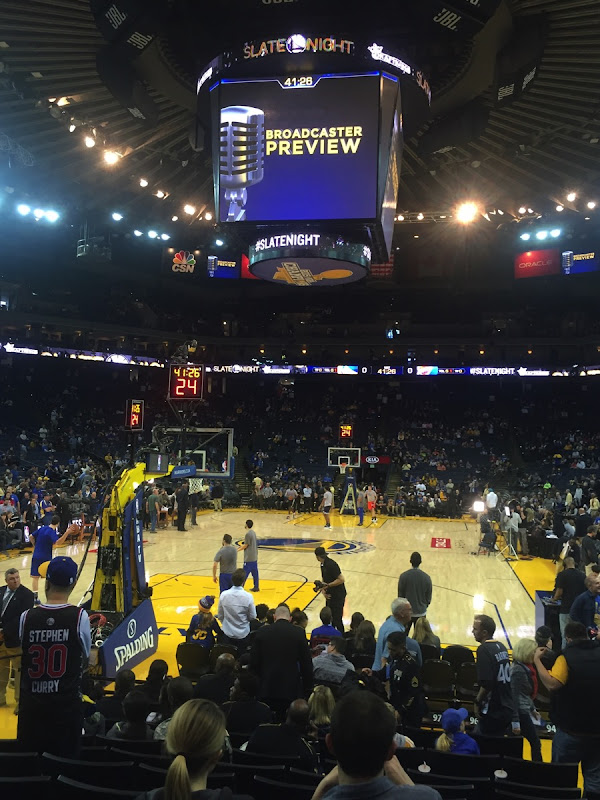 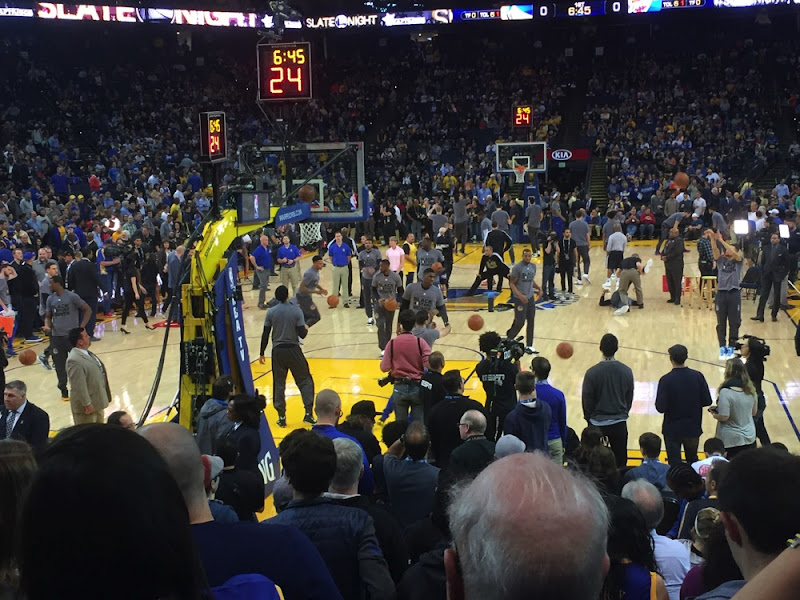 The game itself was so fun but I was a bit distracted by Jay Z and Beyonce. It’s hard to see but they are siting corseted in the middle of the photo: 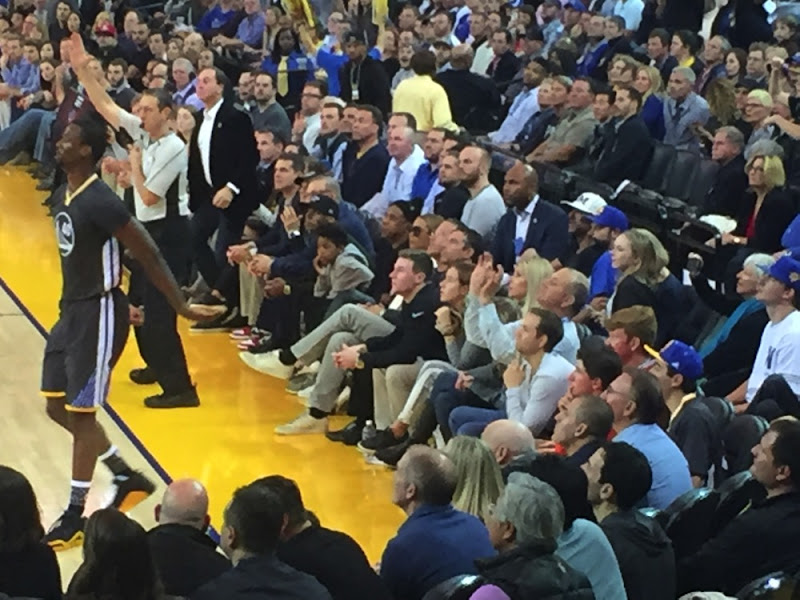 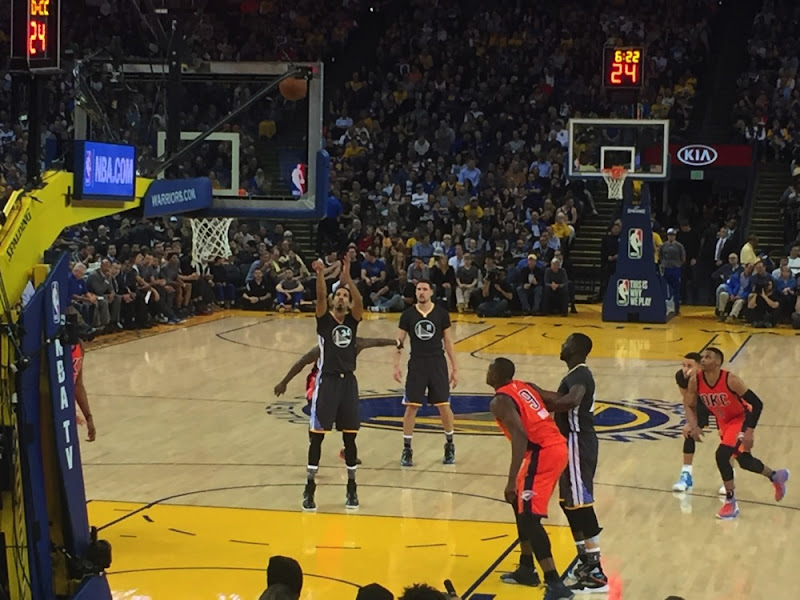 The Warriors beat the Thunder! So exciting to watch!

We were tired and hungry when we got back to the hotel. There was a Taco Bell across the street from our hotel. So…. 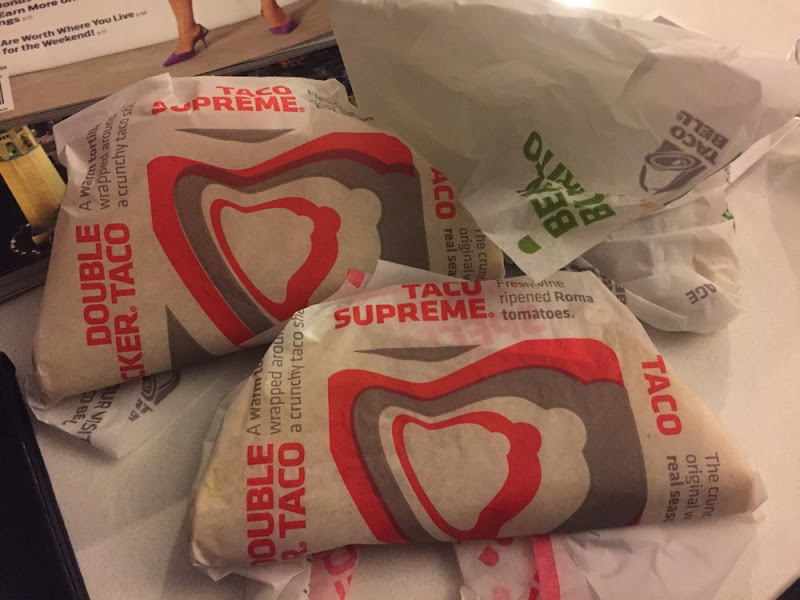 Two taco supremes and a bean burrito. I do love Taco Bell.

Super Bowl Sunday had arrived! Our hotel was just up the street from The Ferry Building so a trip to my favorite burger joint, Gotts Roadside, was in order! I always order the Texas Avocado Burger (jack cheese, sliced avocado, salsa, mayo & pickled jalapeños on a toasted egg bun): 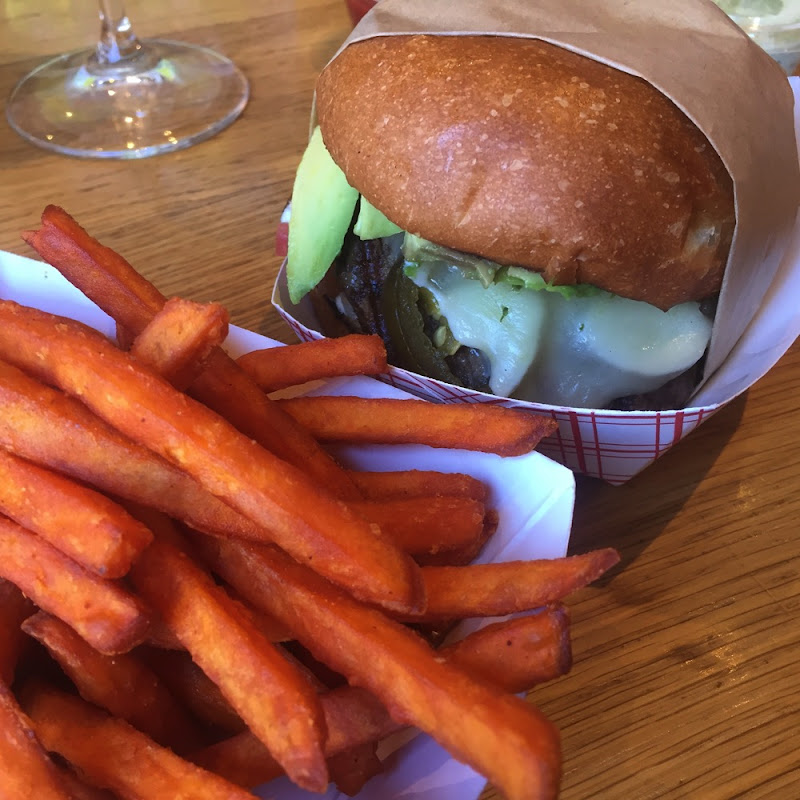 Best burger ever. Their sweet potato fries are pretty darn good too!

We hopped in a cab and made our way to Santa Clara for the Super Bowl! 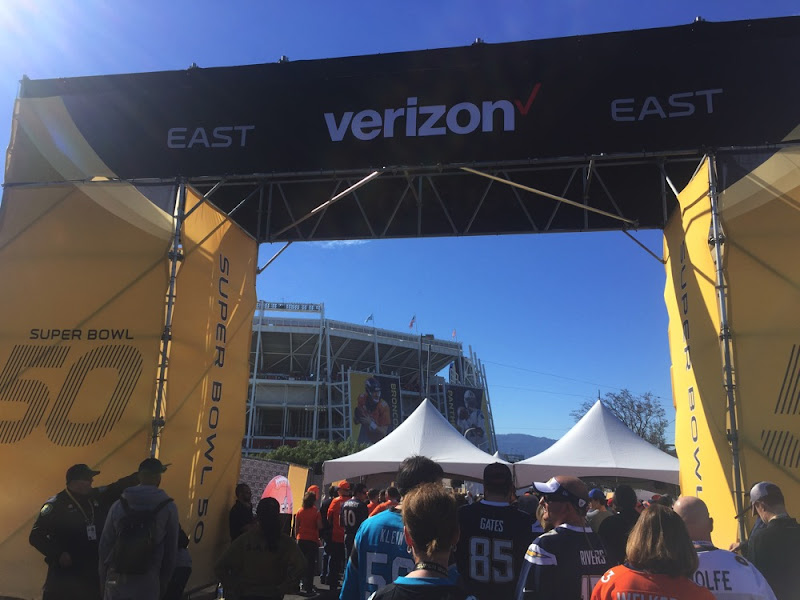 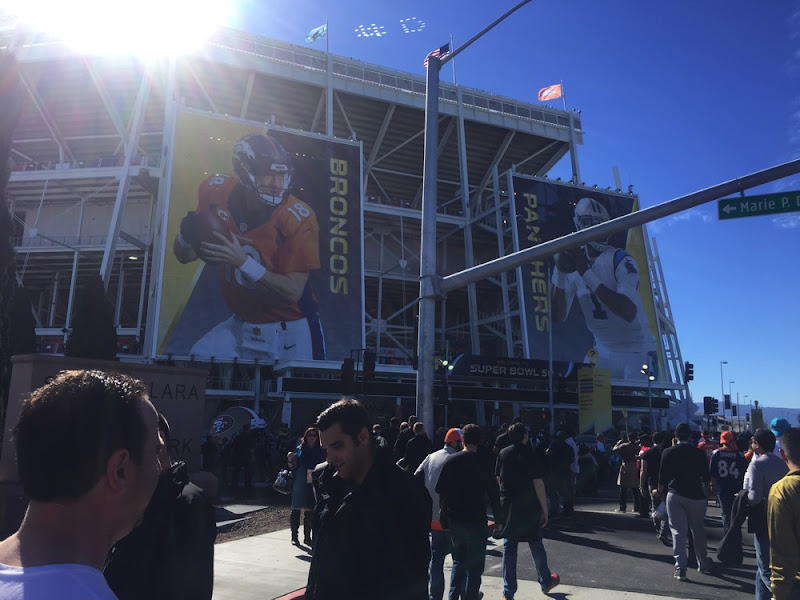 So exciting to be there! 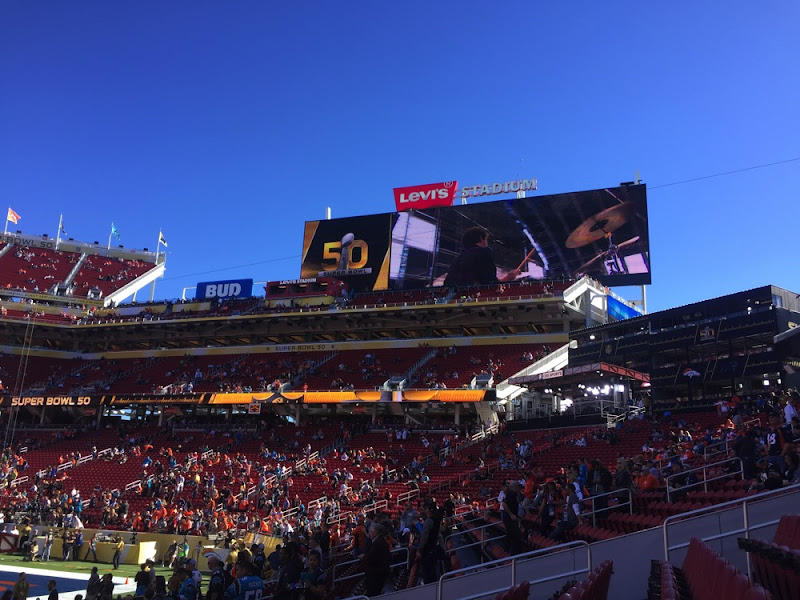 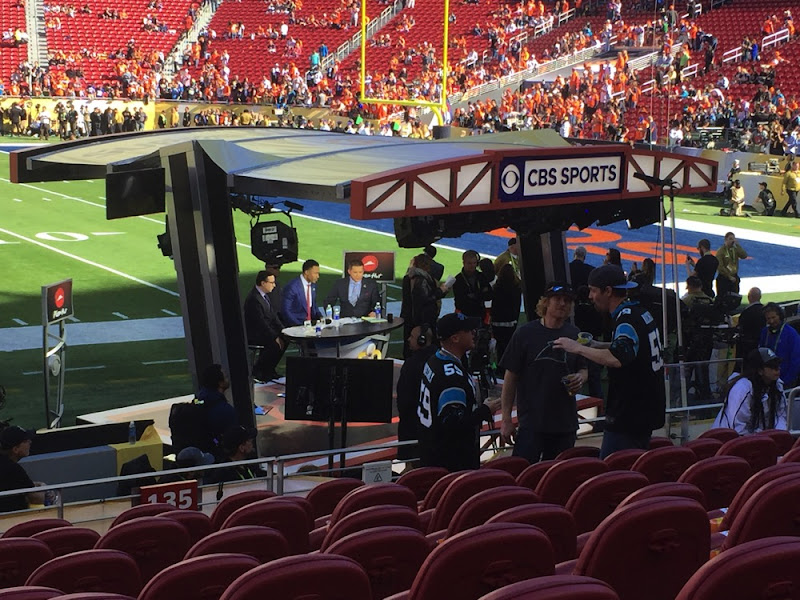 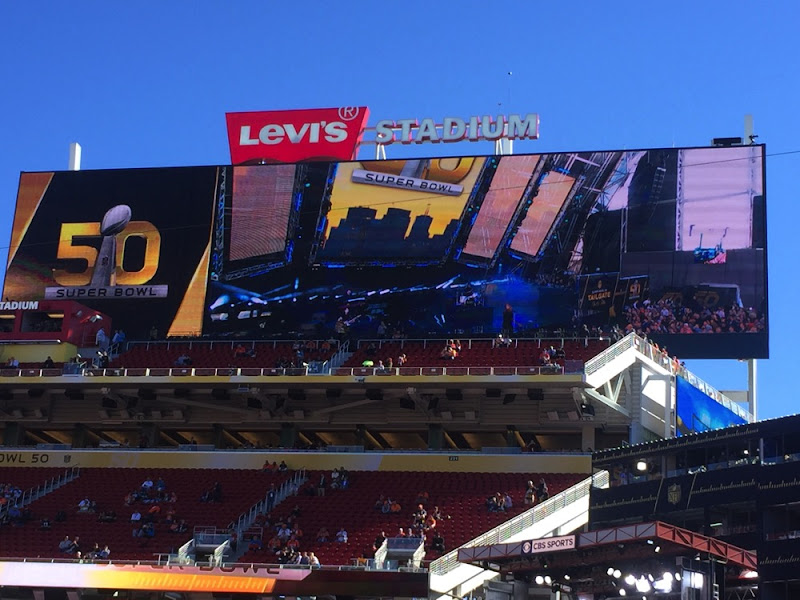 We were cheering for the Denver Broncos. I really wanted to see Peyton Manning win. 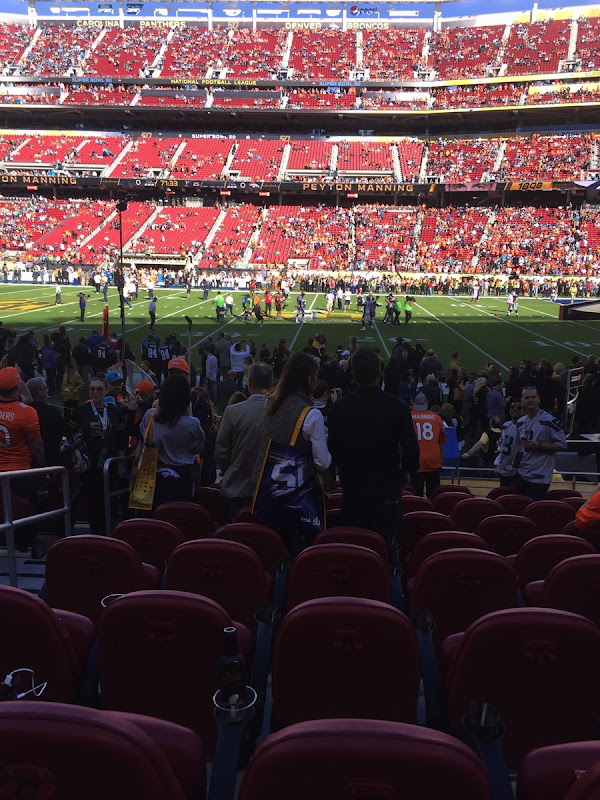 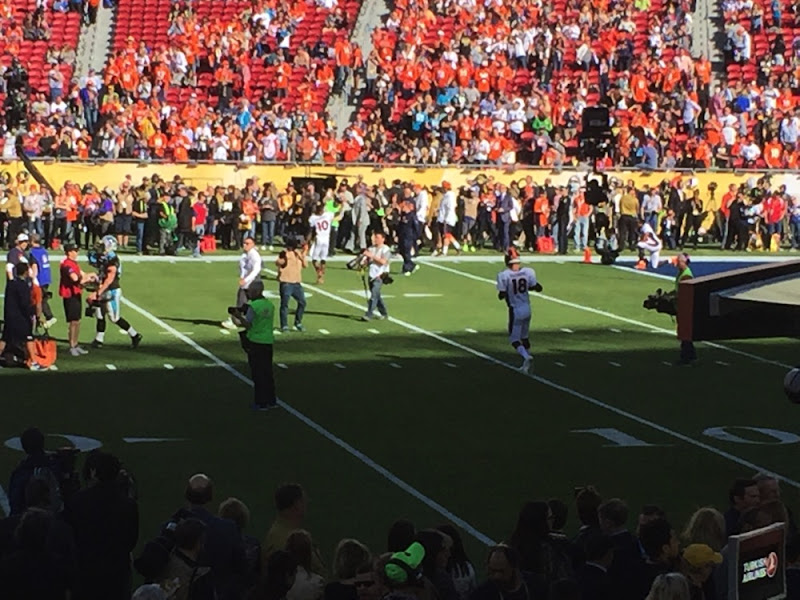 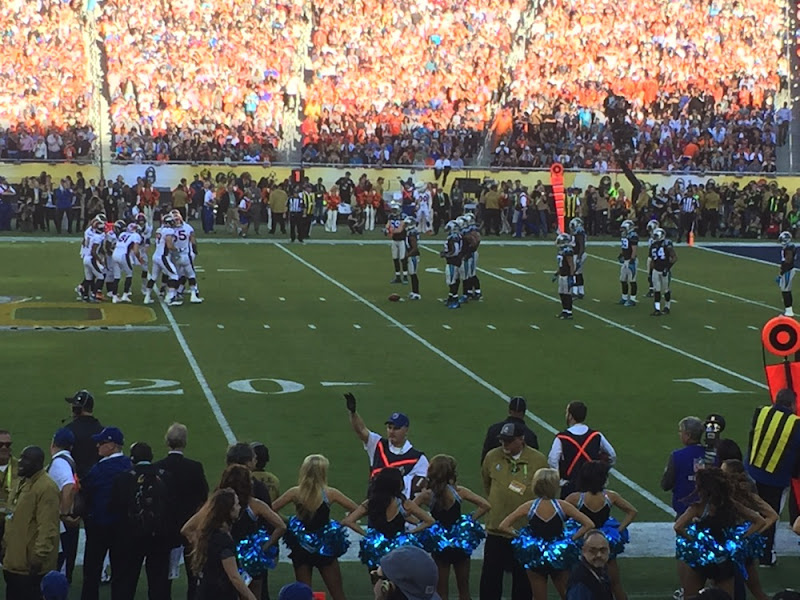 I ended up getting pulled pork nachos a bit before half time. 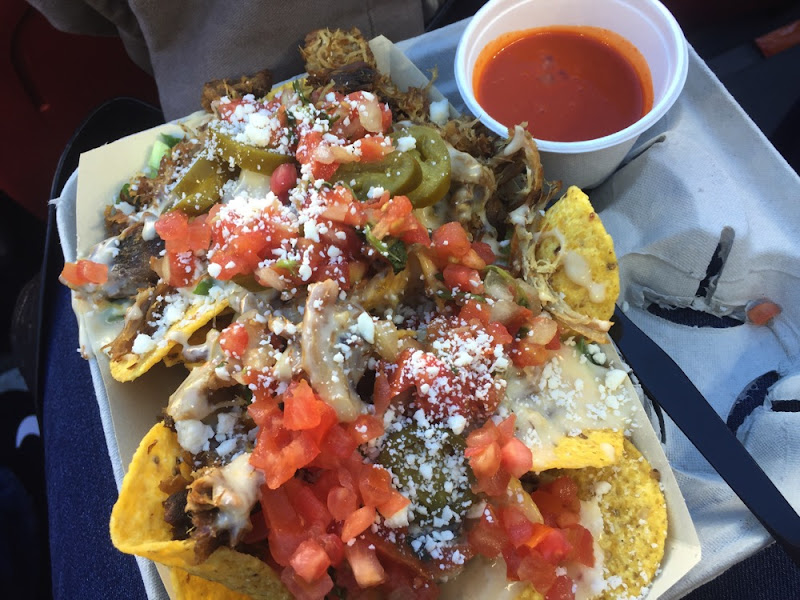 Eh. The pork was dry. Would have been better without it. I appreciate that they had hot sauce though!

I took some half time videos but I’m sure everyone’s already seen it, so I won’t bother posting them. I’ve heard it was better on TV anyway. Live I thought the halftime show was boring. Lady Gaga slayed the National Anthem though!

In the end, the Denver Broncos did end up beating the Carolina Panthers 24-10. It was a fabulous celebration! 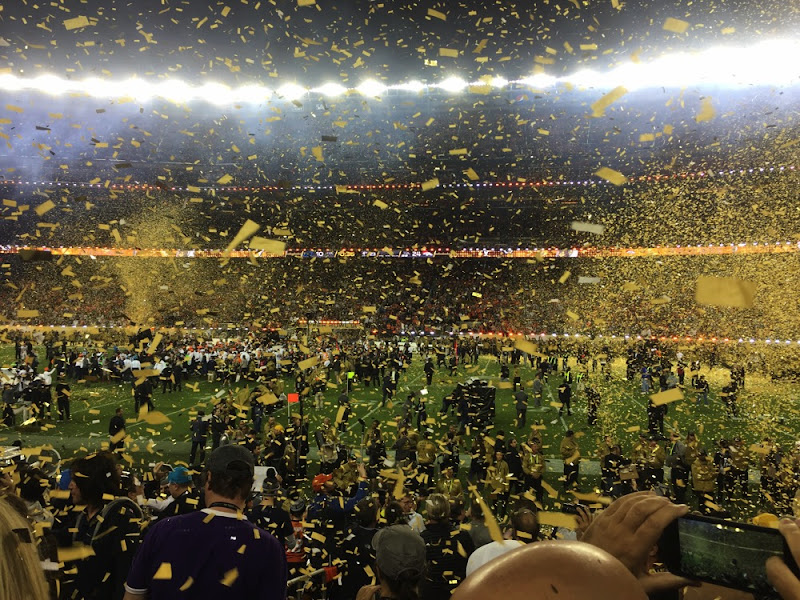 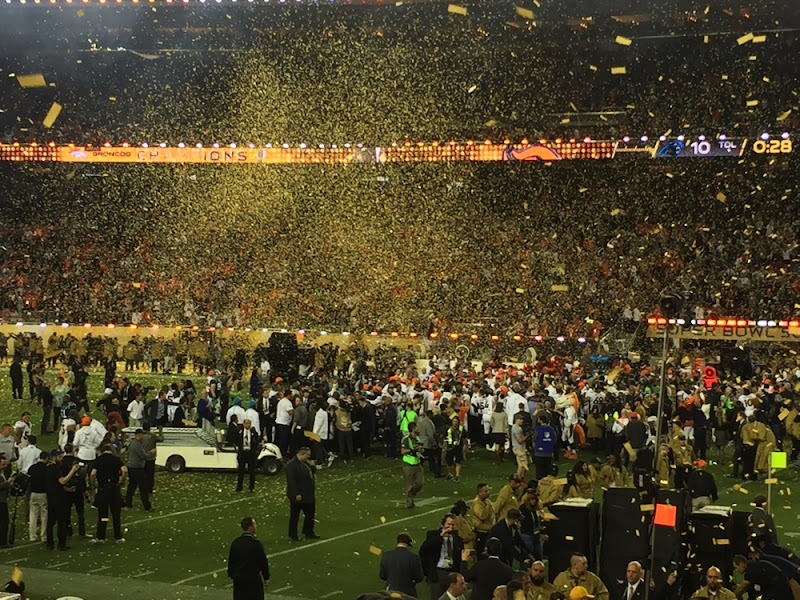 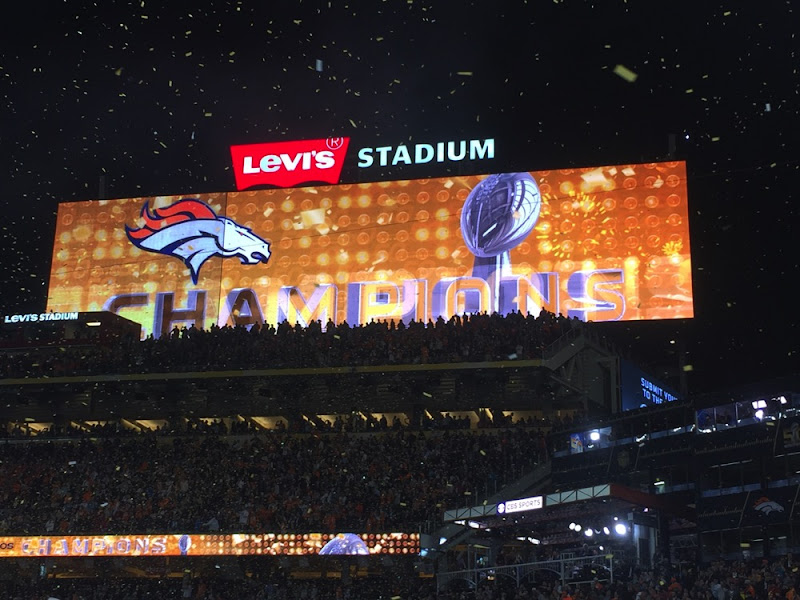 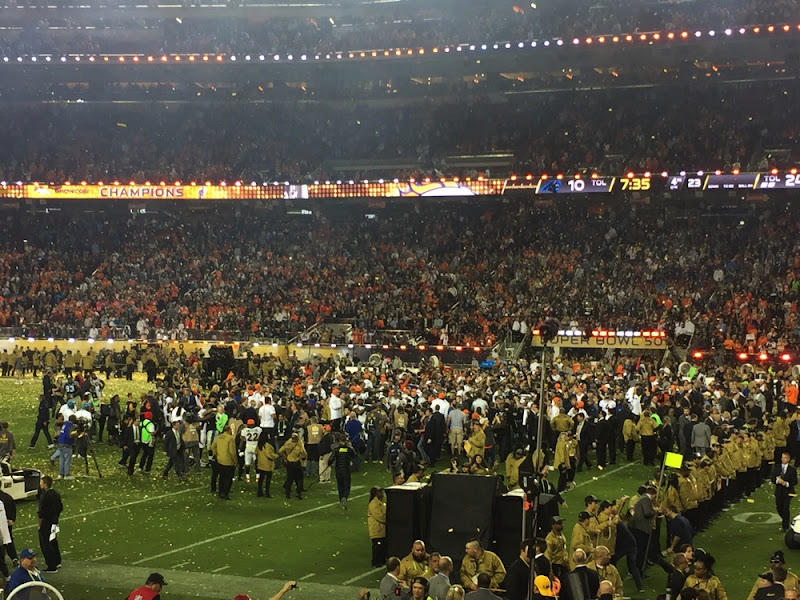 I was so happy for Peyton Manning. If he ends up retiring, it was the best way to go out with a bang!

This morning we packed up and headed to the airport. I grabbed a skinny vanilla latte and a Reduced Fat Turkey Bacon Egg White sandwich for breakfast. 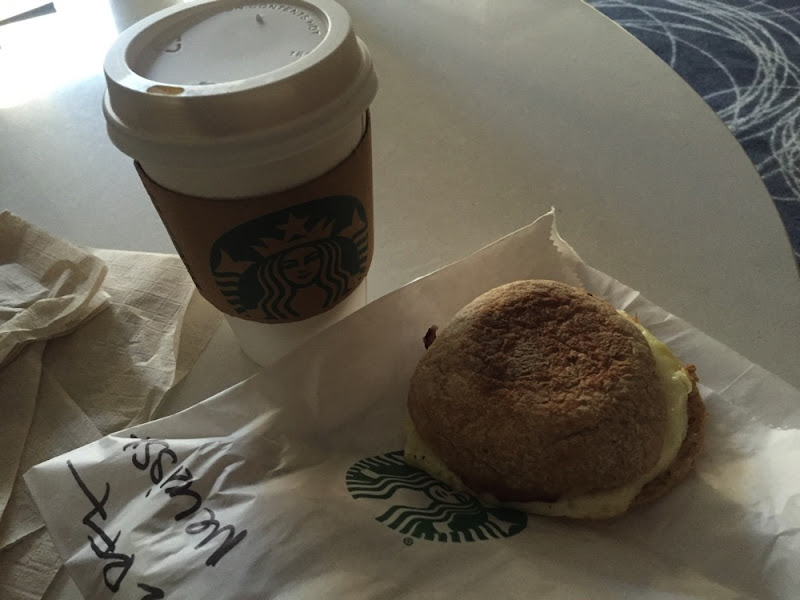 We got home and unpacked. I picked up my daughter from school. My son has basketball practice tonight and I have to make dinner. Back to normal life!

What did you think of the Super Bowl halftime show?