I don’t repeat recipes very often. There’s a certain chicken recipe that I’ve repeated too many times to count. It’s super easy to make and turns out delicious every time. 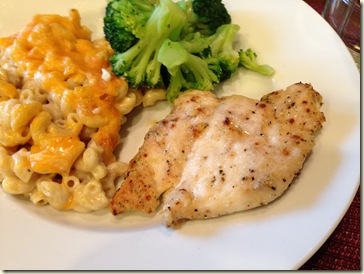 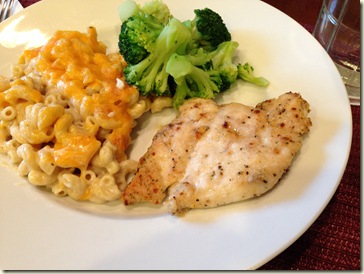 I most recently served it with Two-Cheese Mac and Cheese but it goes great with any side!

Last night I went with my husband to the Chargers Monday Night Football game! 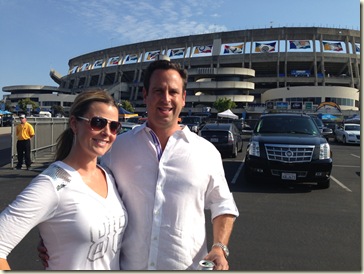 It was a “White Out” day so you were supposed to wear all white. We complied.

We got to six in one of the boxes and had a great view! 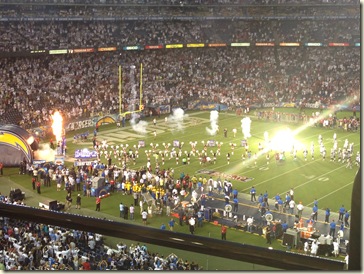 There was great food too! 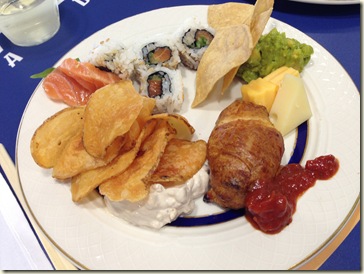 I tried a little of everything but eventually went back for seconds of the sushi. 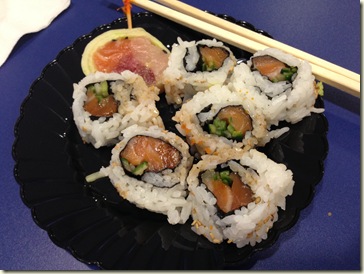 And thirds actually. I can never get enough sushi. I guess the third plate of sushi was more like my dessert since I didn’t have any. What wasn’t all that spectacular was the fact that the Chargers lost at the very end. Ugh!!!!!

Breakfast this morning was a toasted English muffin with peanut butter and a grapefruit. 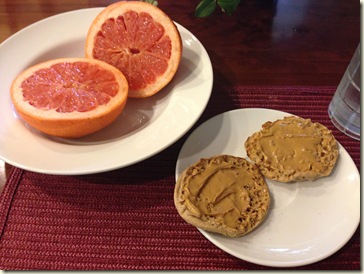 I took the kids to school and went to spin class. I didn’t want to go because I was so tired (late game last night) but powered through it anyway. 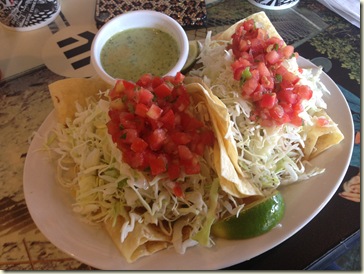 Tonight is Bunco! Another late night to be had….

Is there one particular recipe you’ve make all the time?