Our second night in Hawaii was Wednesday night and we walked across the street from our hotel, Aulani, to find a place for dinner. We decided to have dinner at Just Tacos because every place else was busy. We had been once before and thought it was jut ok. We were hoping for improvement. No dice. I ordered the Tequila Marinated Shrimp with fajita veggies instead of rice. 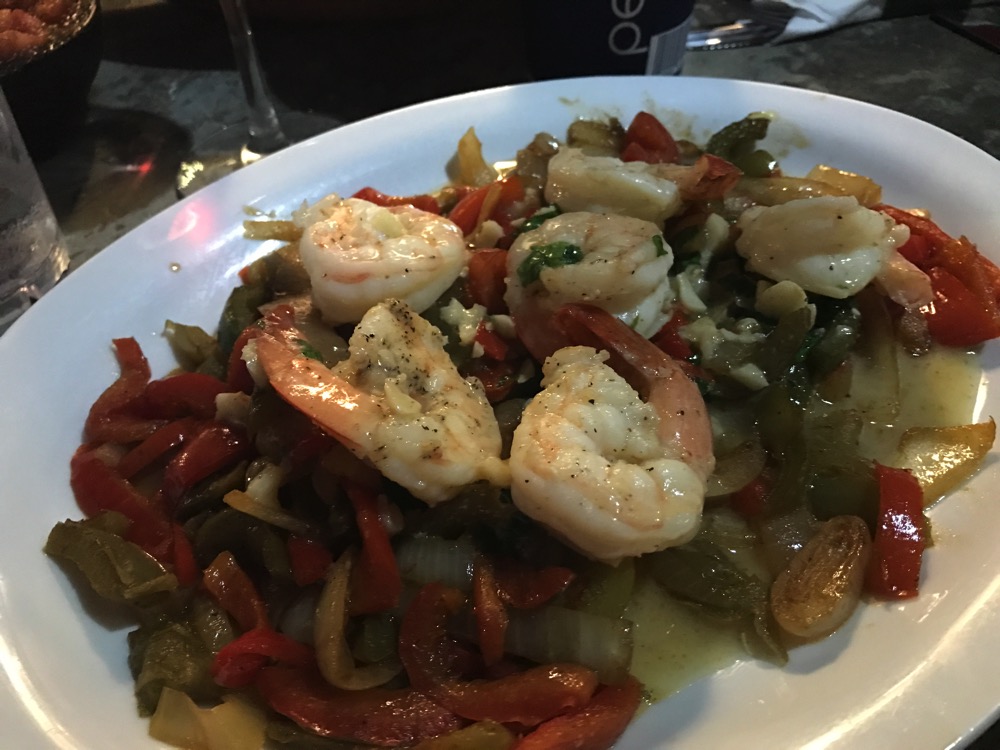 It was just ok. At least their spicy salsa that came with their chips was good!

Thursday morning, I ate a That’s It bar before heading to the gym. 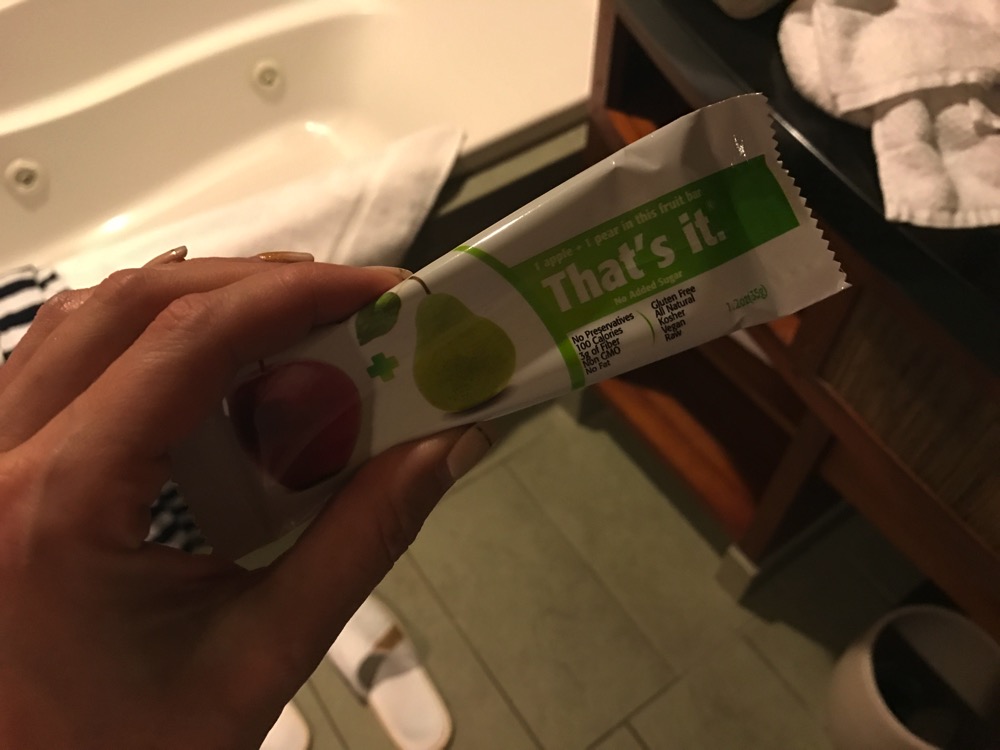 Thursday was my daughter’s 10th birthday and we celebrated at Aulani’s “Character Breakfast”. It’s a buffet complete with all the Disney characters to take photos with and all sorts of craziness that was just too much for being early in the AM. Lol.

Aside from the loud insanity, the buffet was pretty darn good. I had a veggie omelet, wheat toast, lox, onions, tomatoes and salami and ate every bite. 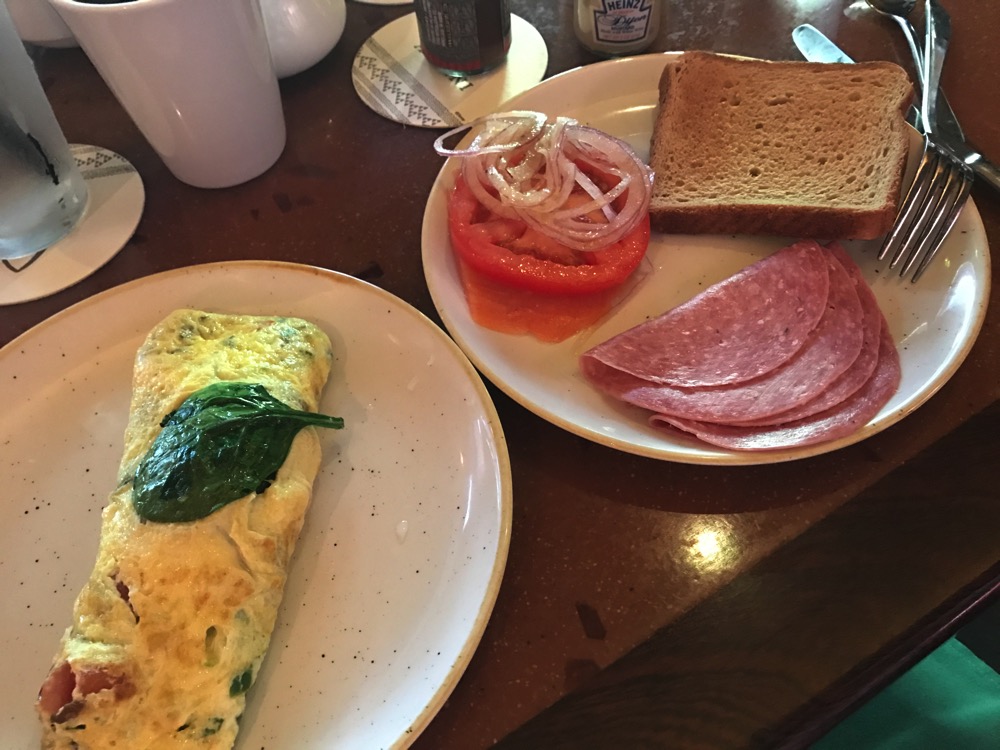 I could not pass up trying the red velvet waffles and bacon. 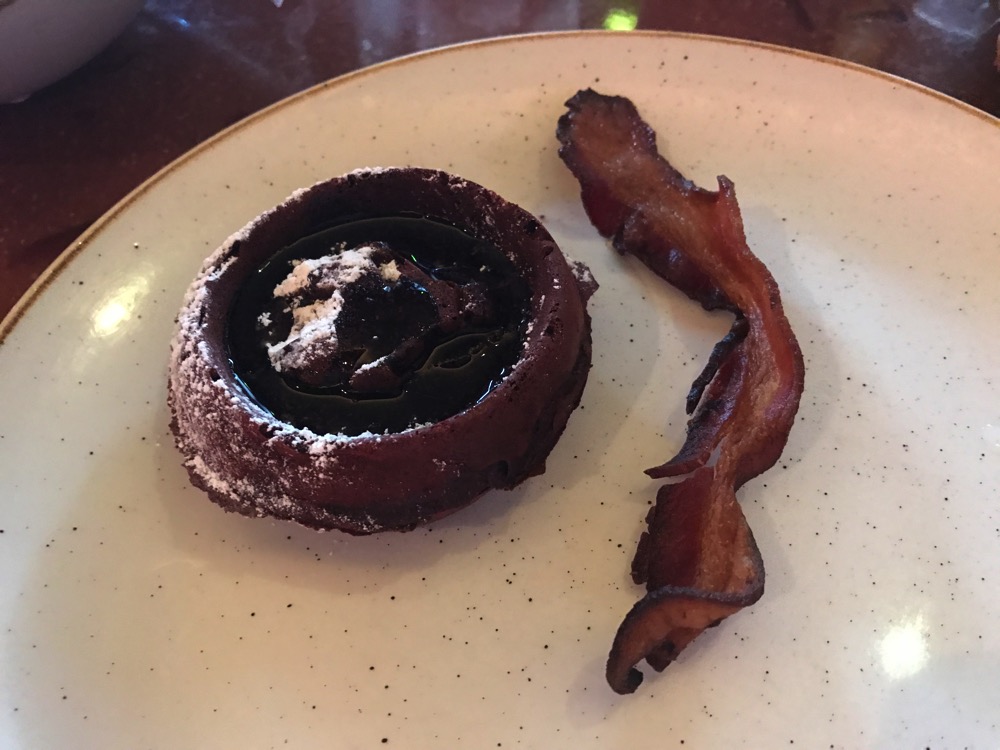 It was back to the pool for the rest of the day. I wasn’t really hungry for lunch so I just ate a few fries and random stuff here and there.

For my daughter’s birthday dinner we went to Assagio. They had table side Caesar salad. I cannot resist that. 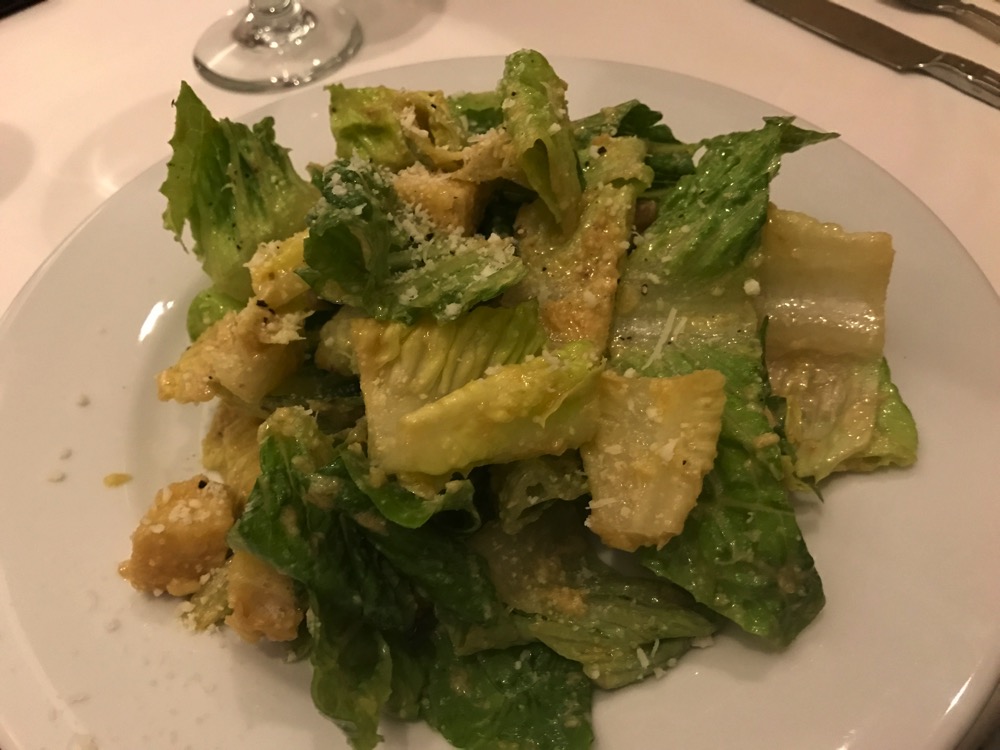 It was super heavy on the garlic but I enjoyed it.

I ordered the Chicken Piccata with veggies. 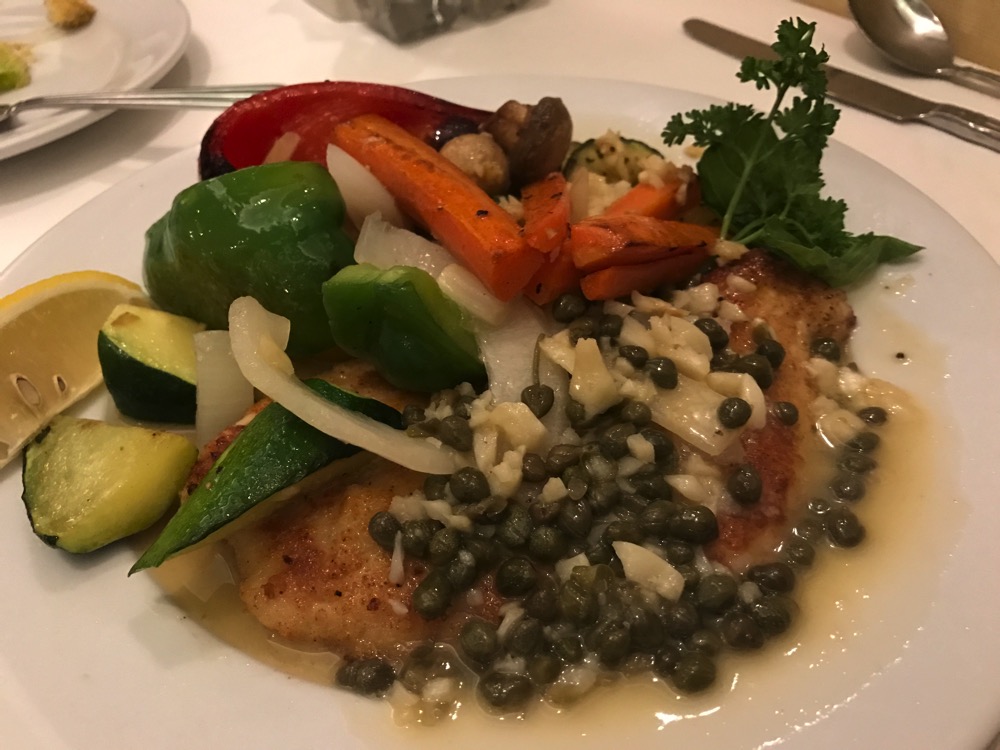 It was pretty good, not the best but good.

Yesterday morning, it was the same routine. Eat a bar, workout. 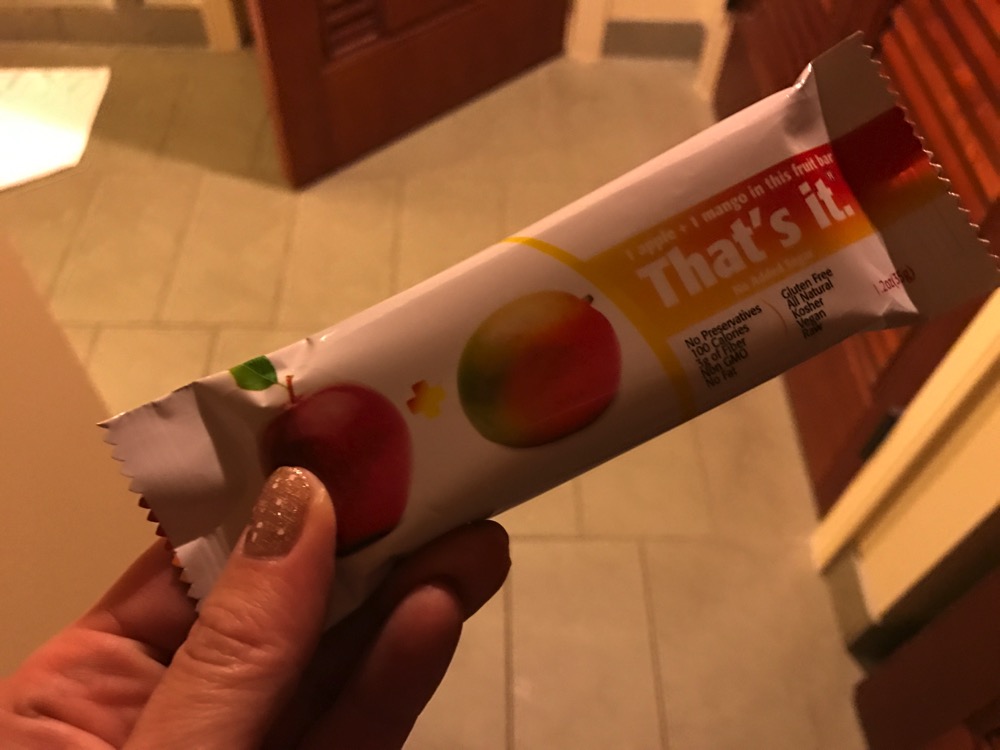 To the pool we went. Lunch was a Chicken Caesar Salad which was just ok. 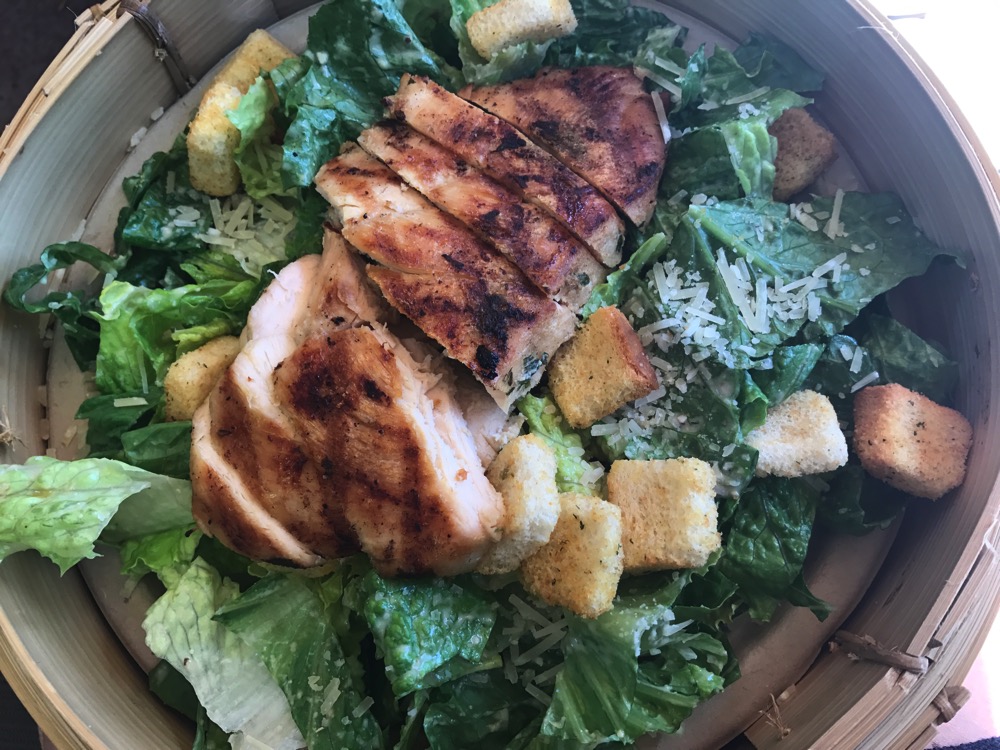 We went to dinner at Monkeypod Kitchen.  We shared their fries which were yummy. 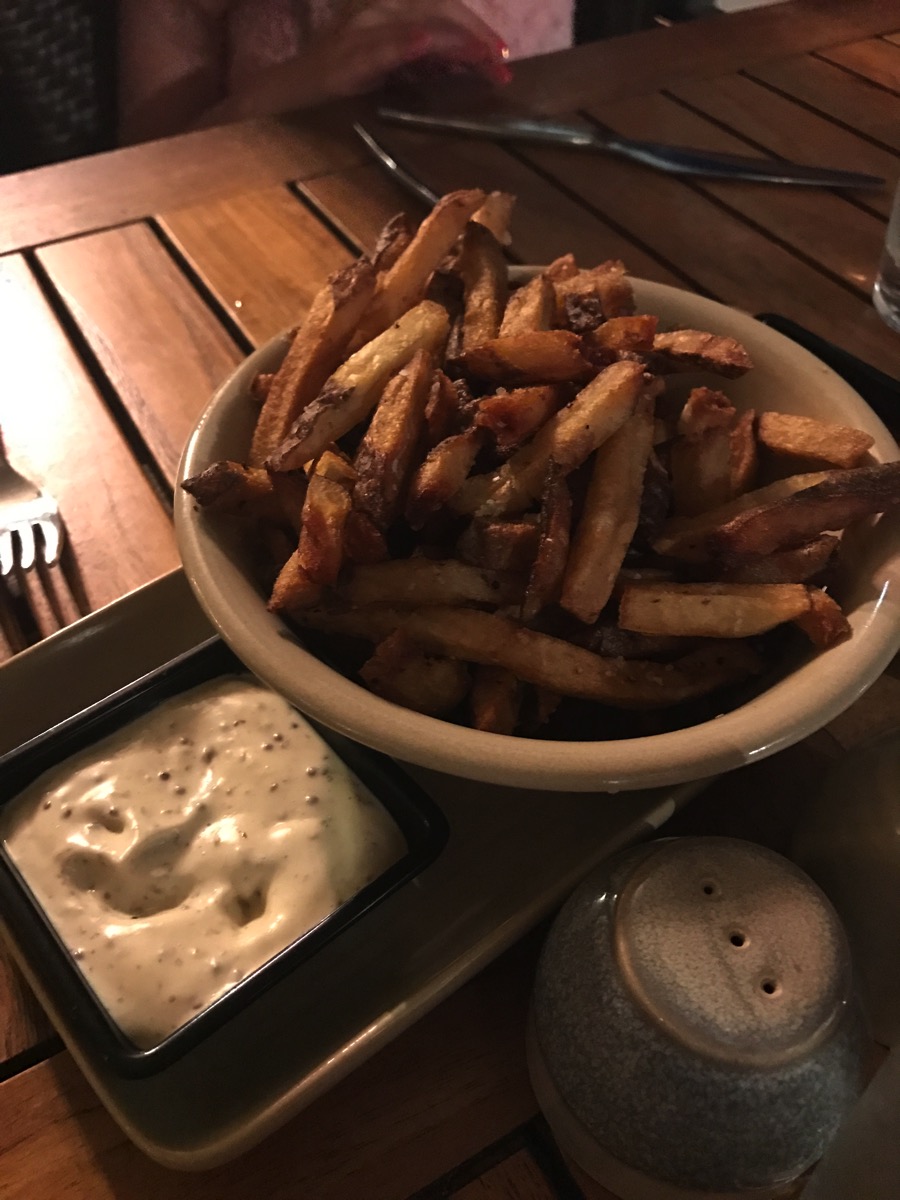 I had the fish tacos which were bland. Thank goodness they had Cholula. 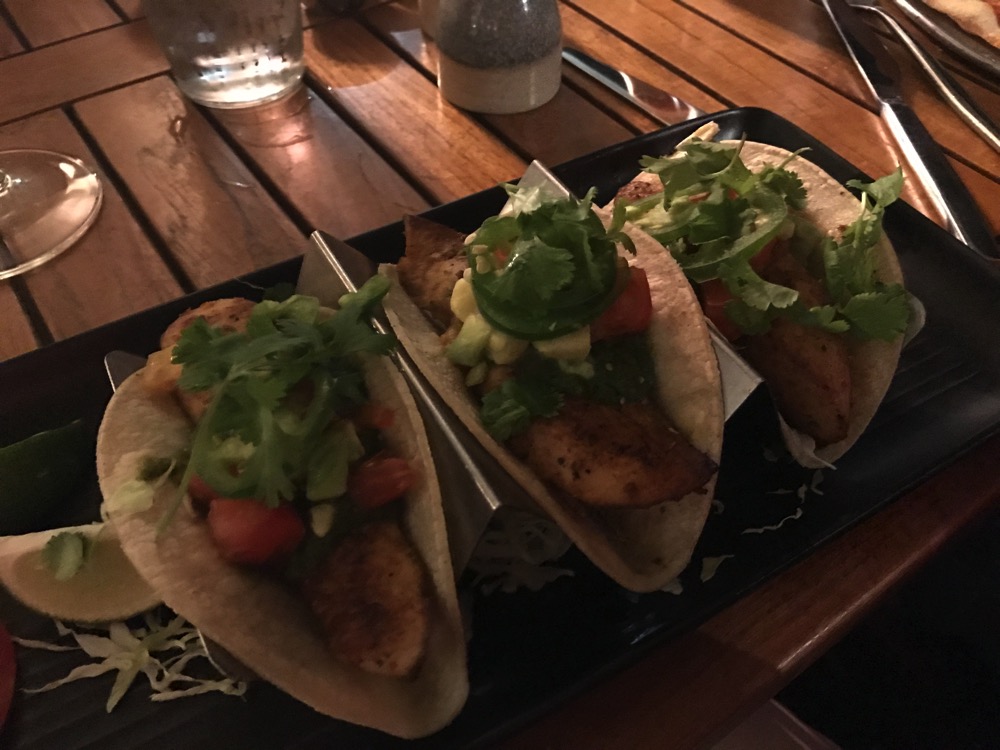 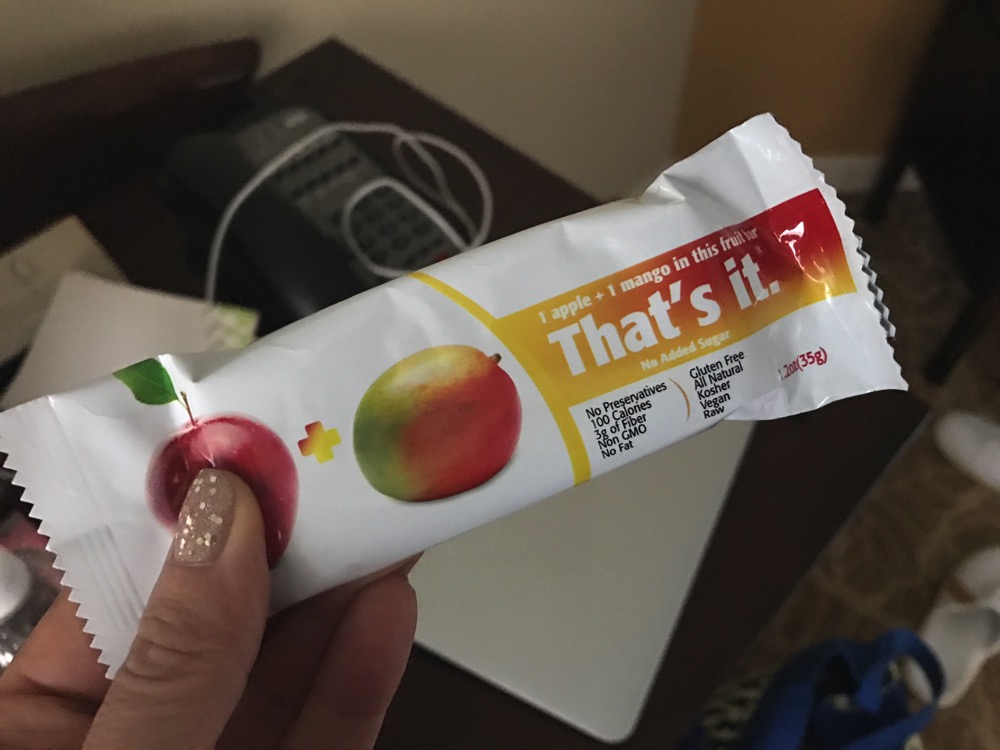 At the pool, I ordered the fish tacos. That’s the best thing they have for sure. 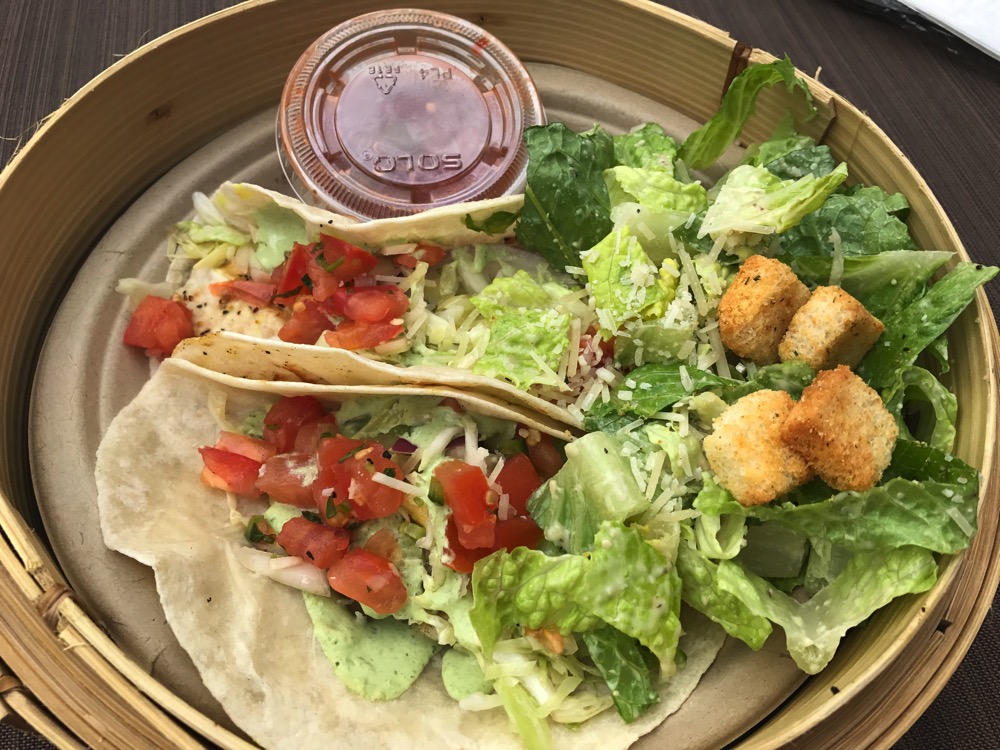 Tonight is our last dinner in paradise!

Have you made any New Year’s resolutions? How are they going?