I had a weekend full of good eats. Nothing fancy, just plain good. It all started Friday night at Alicia's.  It was taco night over there, which is one of our favorites! 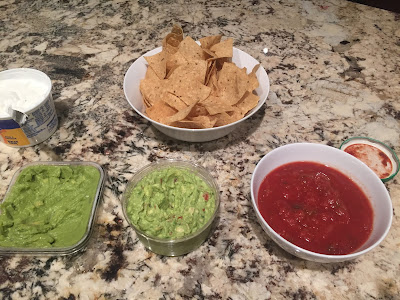 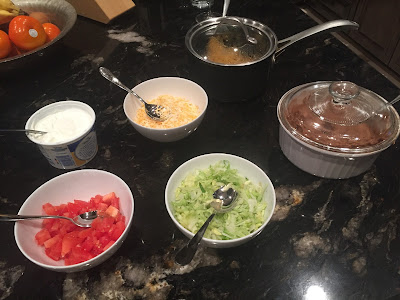 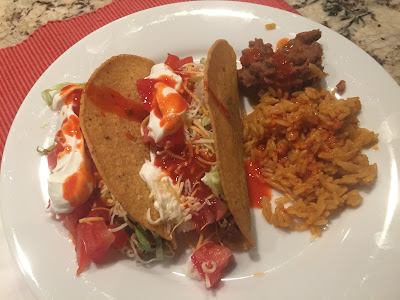 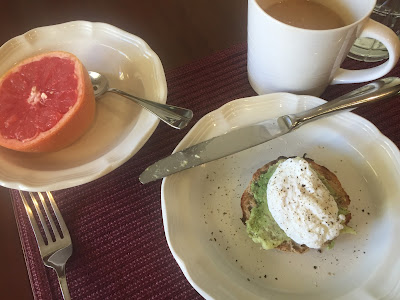 Saturday was pretty productive. We had our holiday family photos taken in the evening. During the day, I baked a ton of stuff for the tailgate the next day. We had a new TV installed (of course ours breaks right before 30 people come over on Thanksgiving), I did laundry and various other stuff around the house.

Lunch was a turkey sandwich, veggies and ranch dressing. 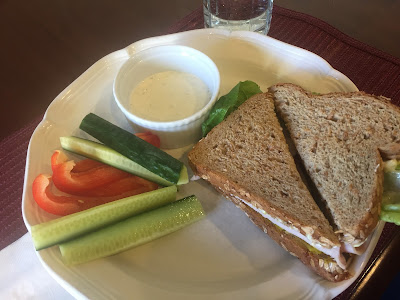 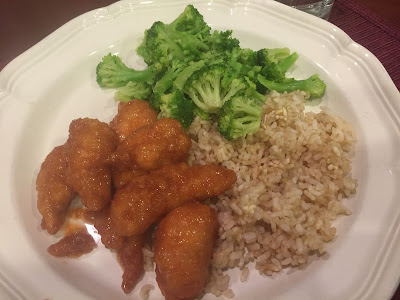 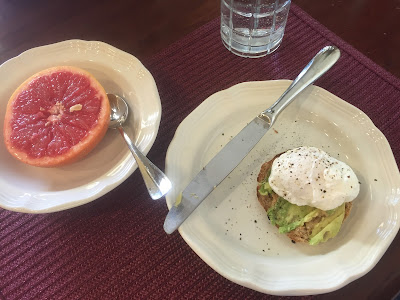 We packed up our car and headed to our tailgate before the Charger game! Someone else was in charge of the main food, but my job was the appetizers and dessert. 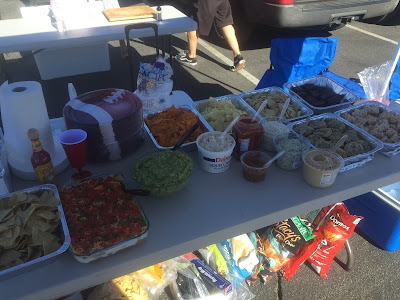 I bought a few dips from Costco, but also made a 6 Layer Bean Dip (would have been 7 but we omit olives), and My Favorite Guacamole.

I made a few different desserts. 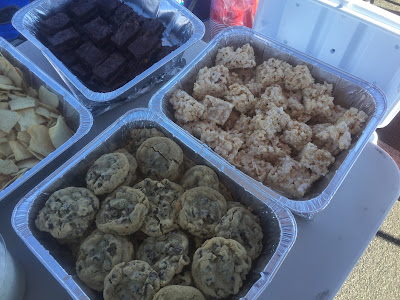 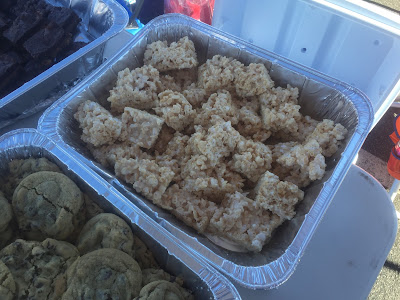 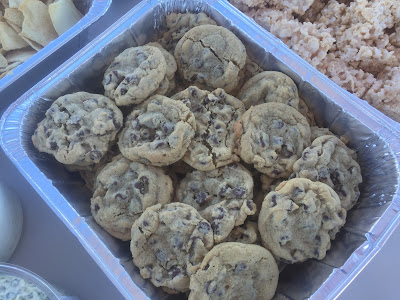 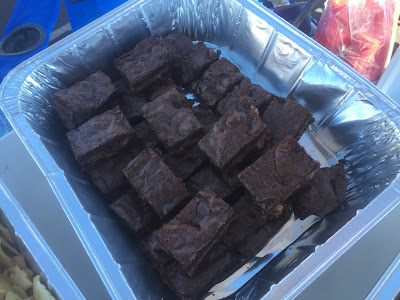 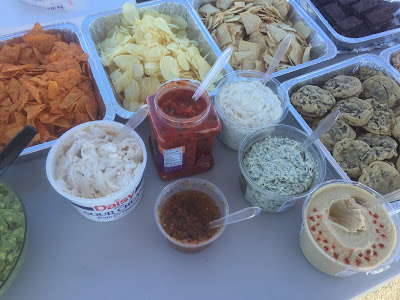 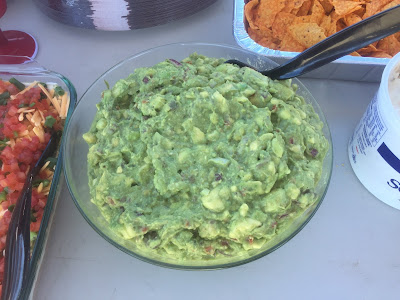 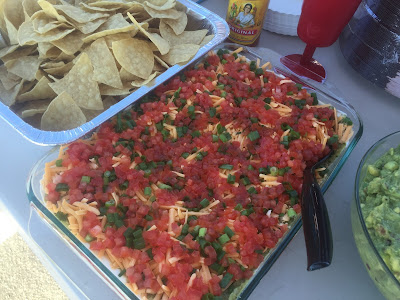 Gotta bring your wine red solo cup to all tailgates! 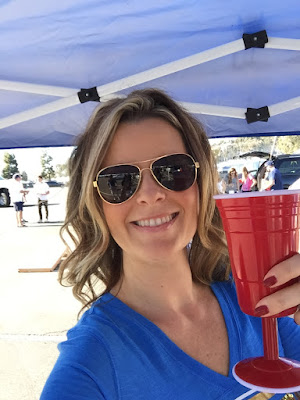 The main event was steak & chicken tacos, beans and rice. 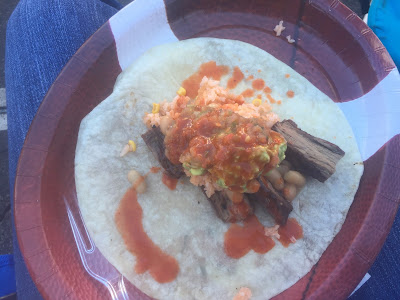 So good. SO much better than stadium food. I made sure to eat two huge tacos so I wouldn't be tempted by any junk in the stadium.

It was another Charger loss. At this point I hope they keep losing so we can get a good draft pick next season. That's about all the positivity I can pull out of this season. Oh, and, at least the food at the tailgate was good! 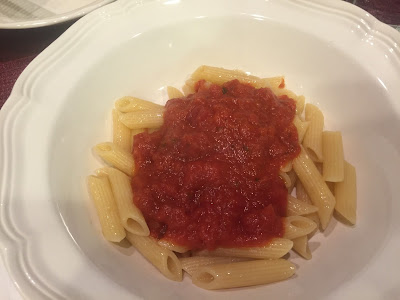 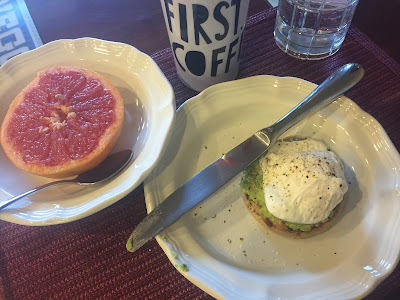 After I dropped the kids off at school, I went to Hardline class at the gym. It's the last time I'm going to make it to the gym this week.

I made my last Thanksgiving grocery store stop. I am as ready as I'm going to be.

Lunch was a turkey sandwich, veggies and ranch dressing. The usual. 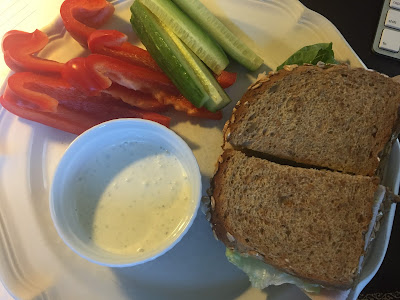 Dinner tonight was Beef Stroganoff I pulled out of the freezer. 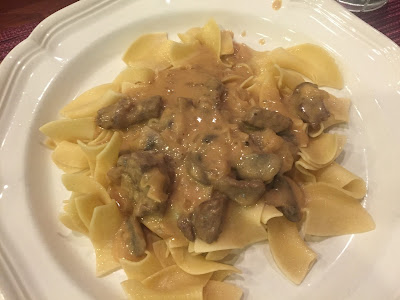 It's probably hard to believe, but I've almost gone through all my freezer leftovers at this point! Success!