How is it Monday already? Our trip to Vegas came and went in a flash. We left Friday after lunch. We stopped at Luna Grill before heading to the airport. 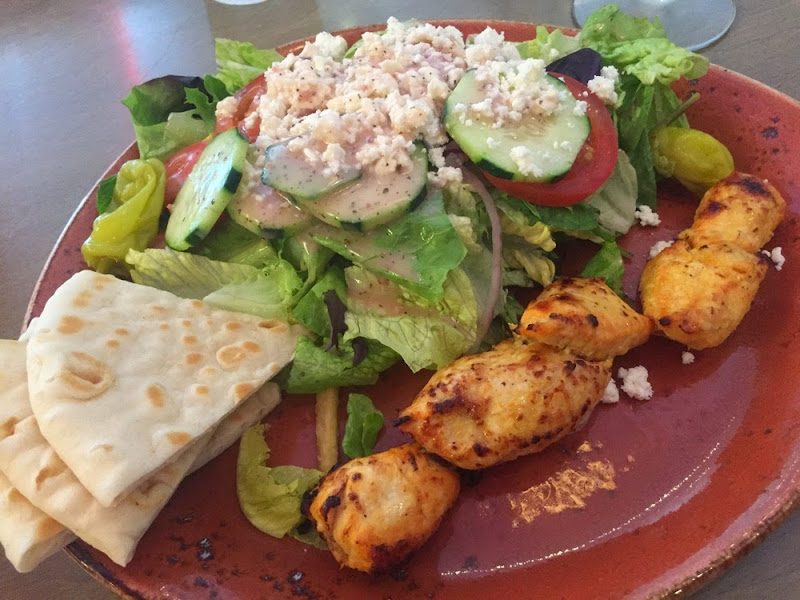 We met up with the rest of our friends and check into the Hard Rock Hotel. Friday night we went to Nobu for dinner. 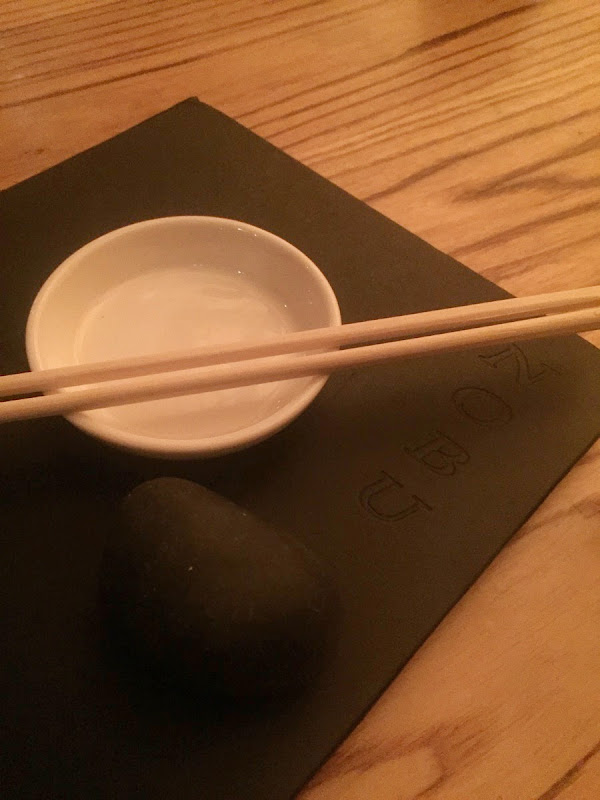 I enjoyed some Yellowtail Sashimi with Jalapeño: 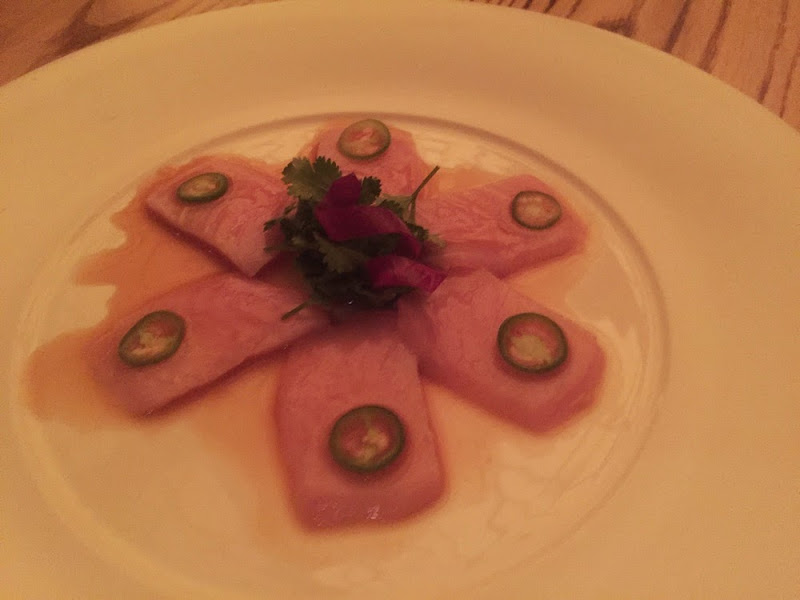 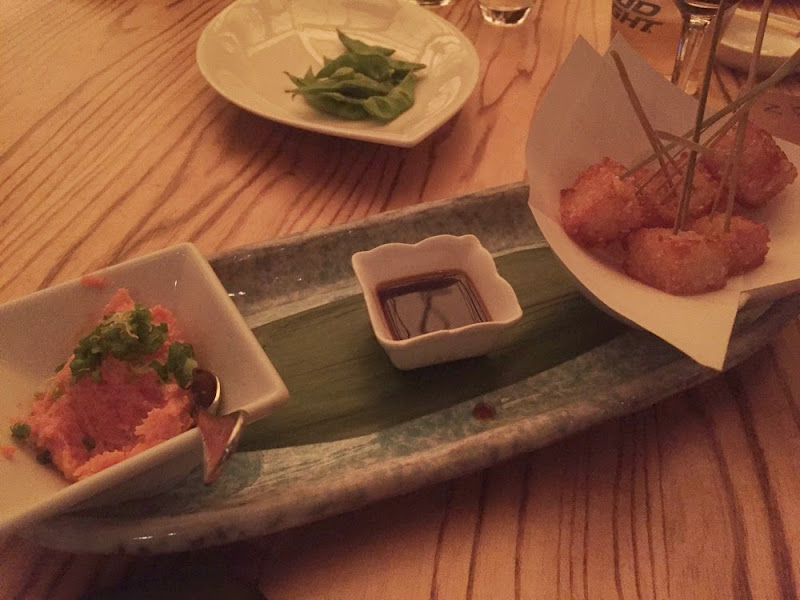 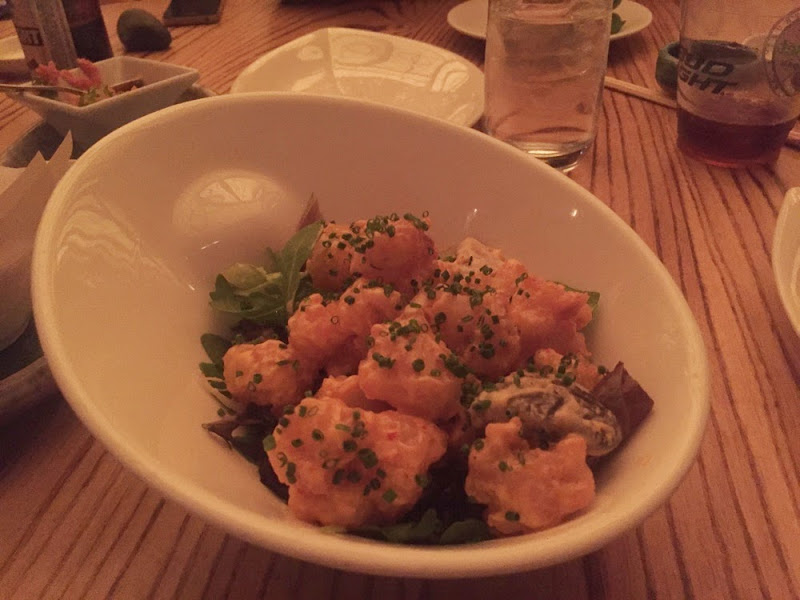 After our delicious meal, we spent the rest of the evening at the tables doing a bit of gambling. That’s what Las Vegas is all about, right!?!

Hours later, we realized we were hungry again and went over to Lucky 7 for dinner number two, I guess. I ordered a patty melt with onion rings. 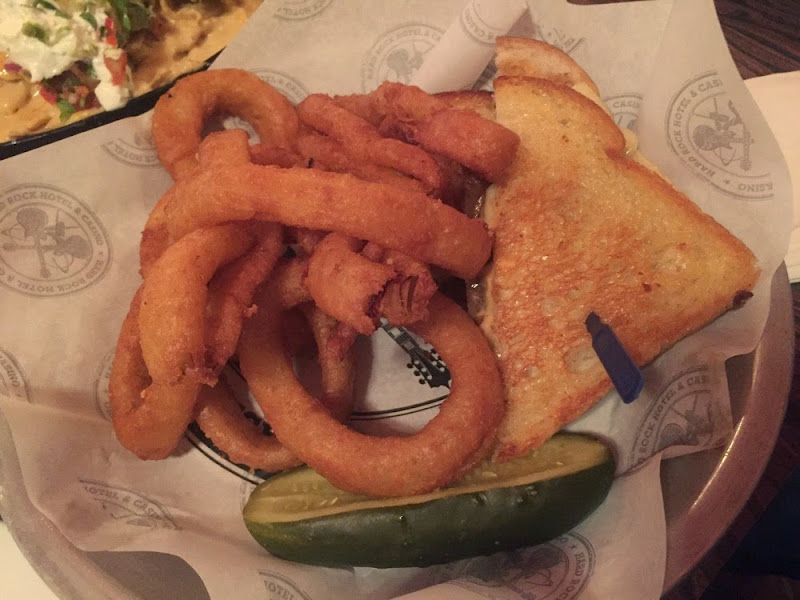 Breakfast Saturday morning was in the room. 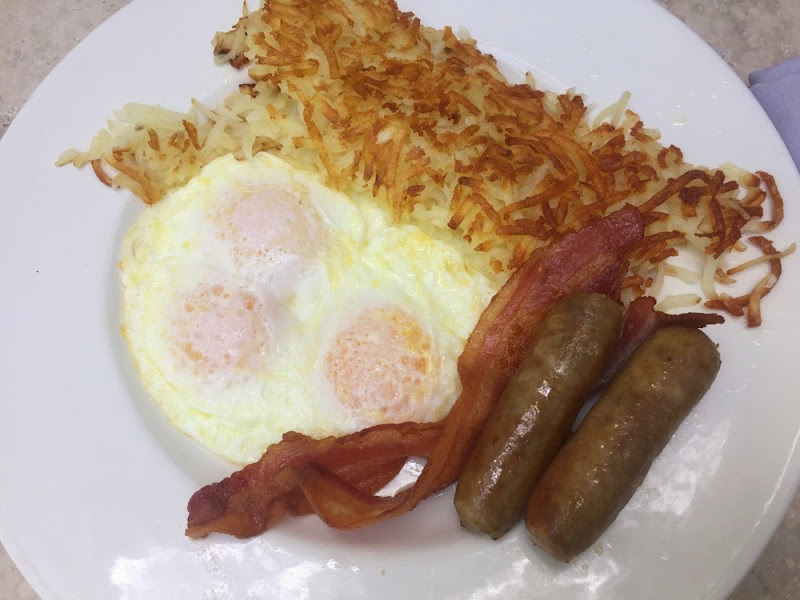 Then it was off to the pool! 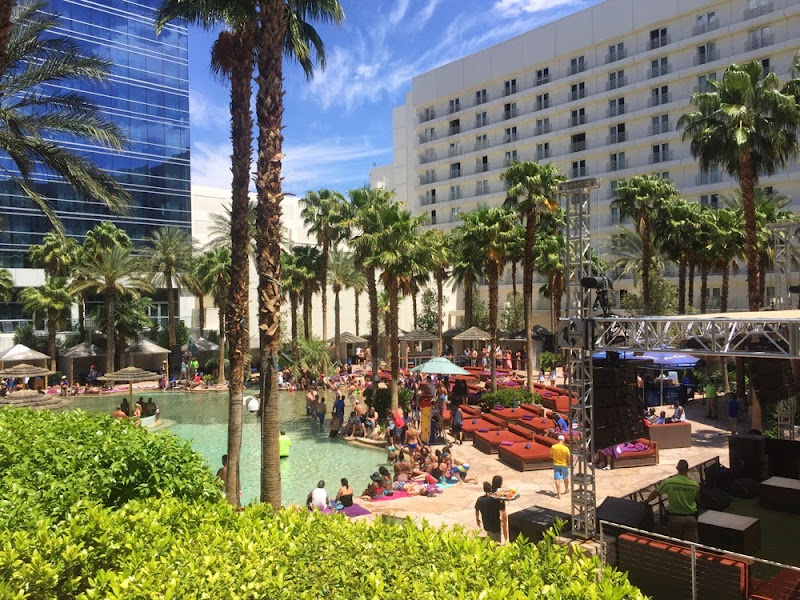 For lunch I ordered fish tacos. 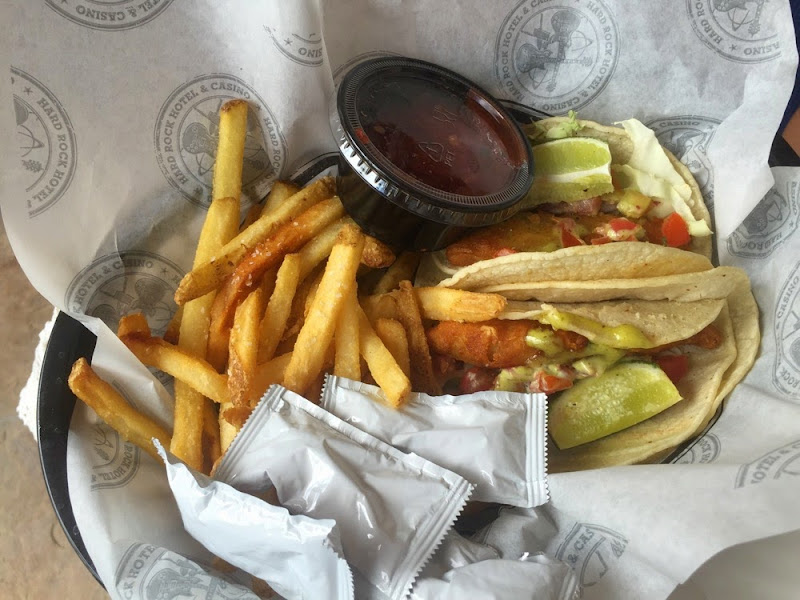 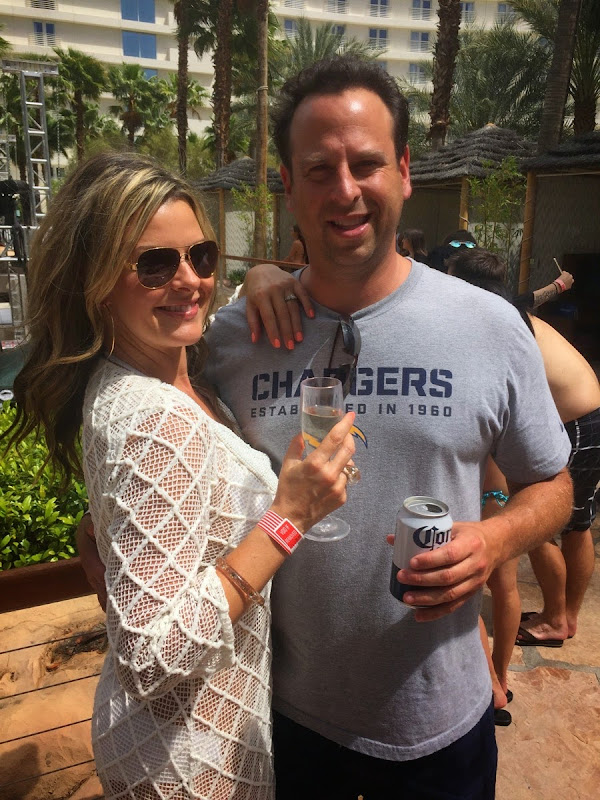 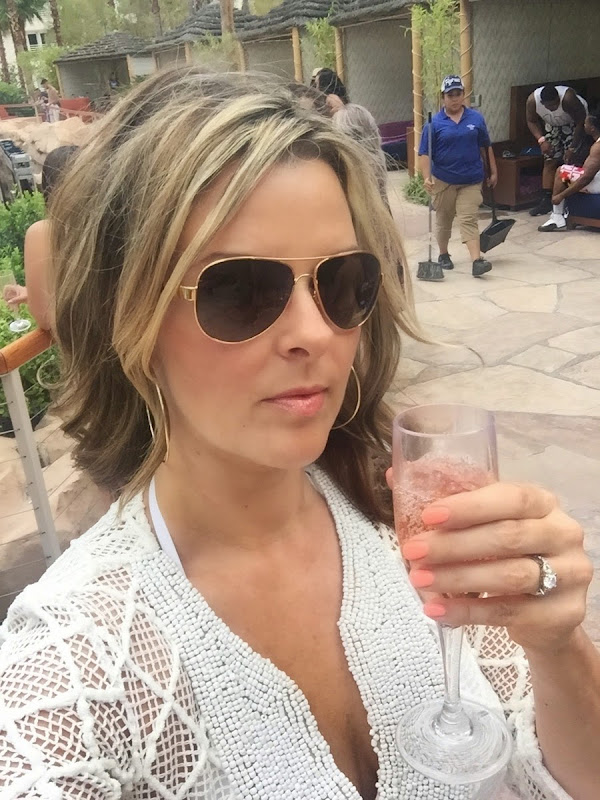 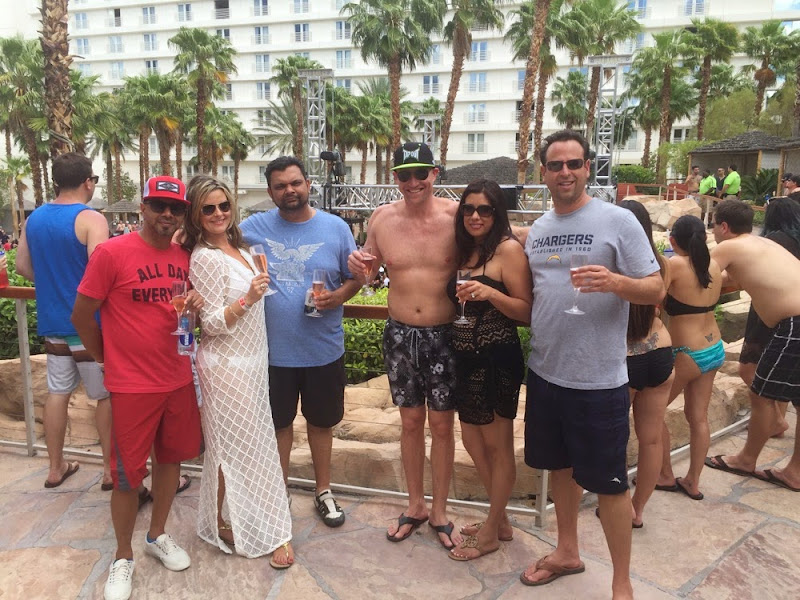 Later that afternoon, Justin Bieber made an appearance at the pool. 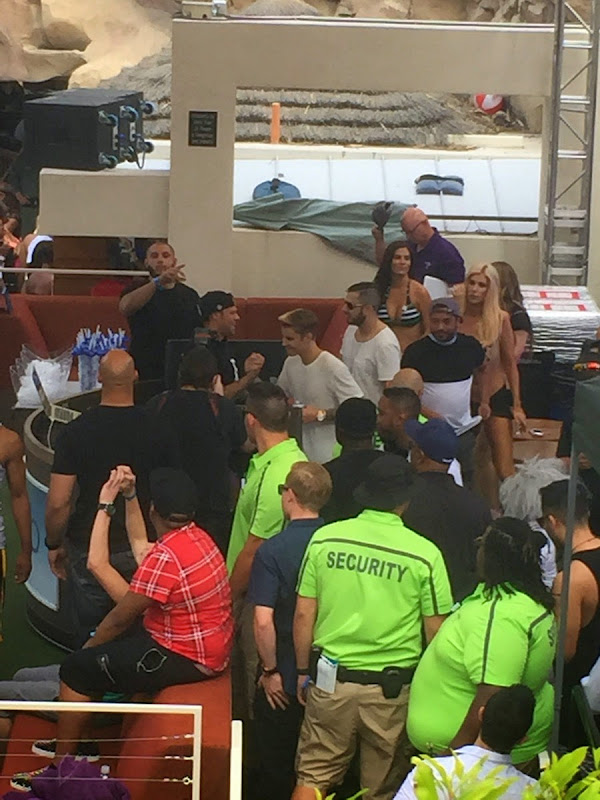 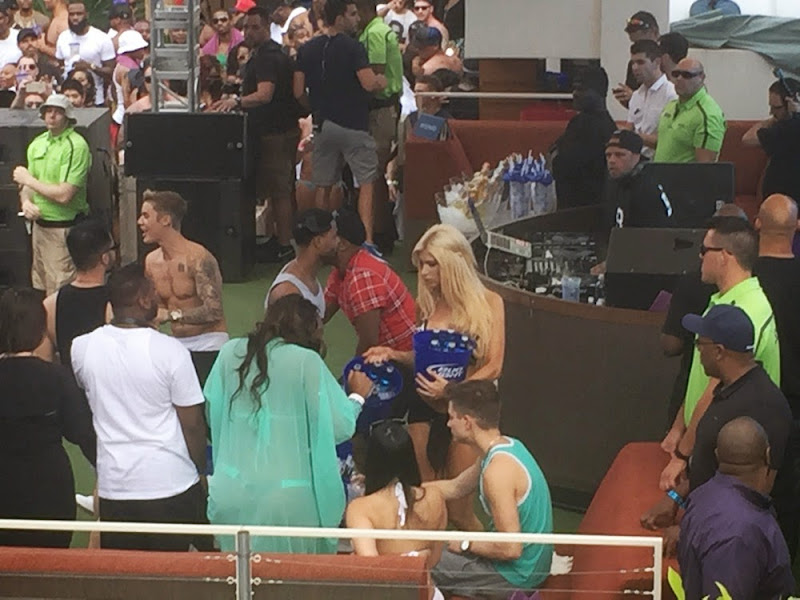 He danced around with his pants falling off for awhile, lip-synced to one of his songs for about 30 seconds, sprayed some champagne in the crowd and that was about it. I felt old.

Then it was off to the main event, the Mayweather/Pacquiao boxing fight! 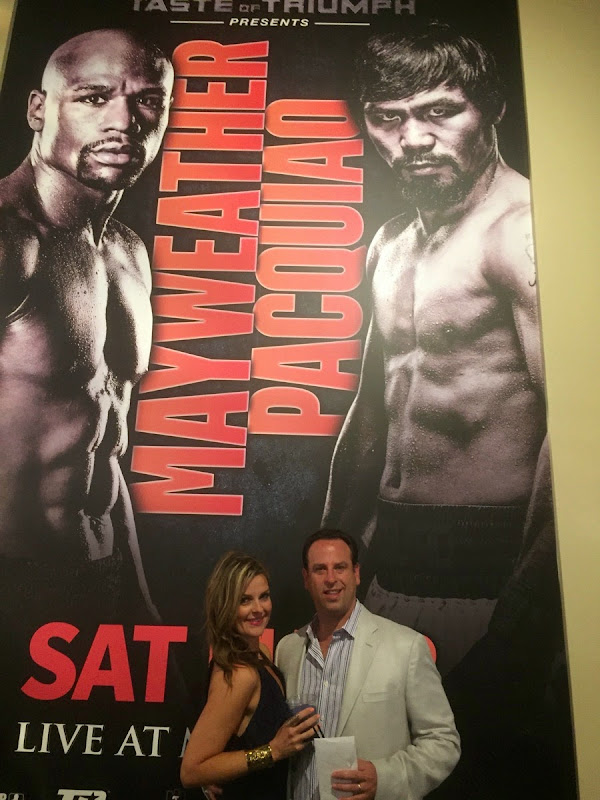 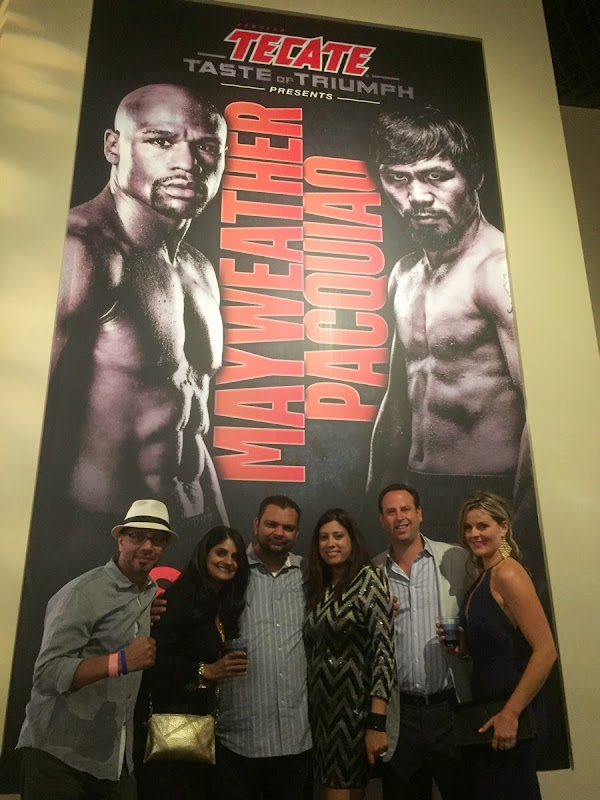 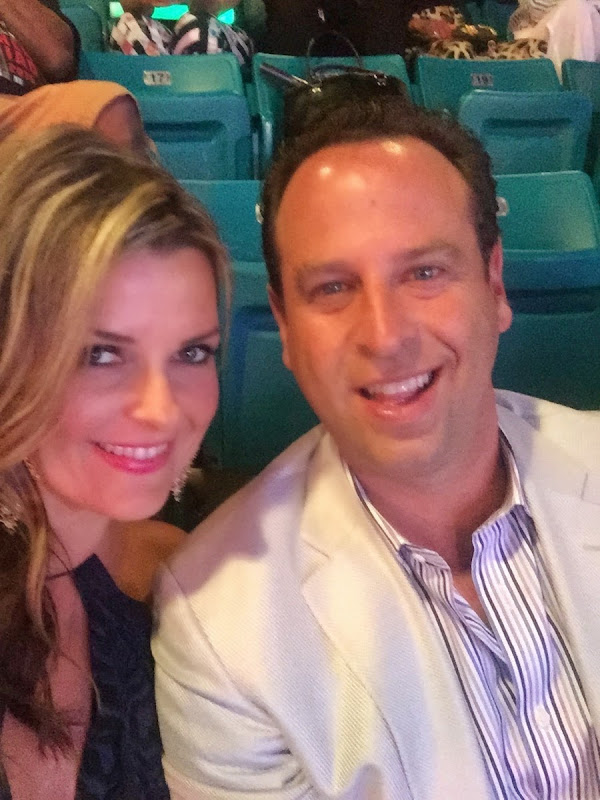 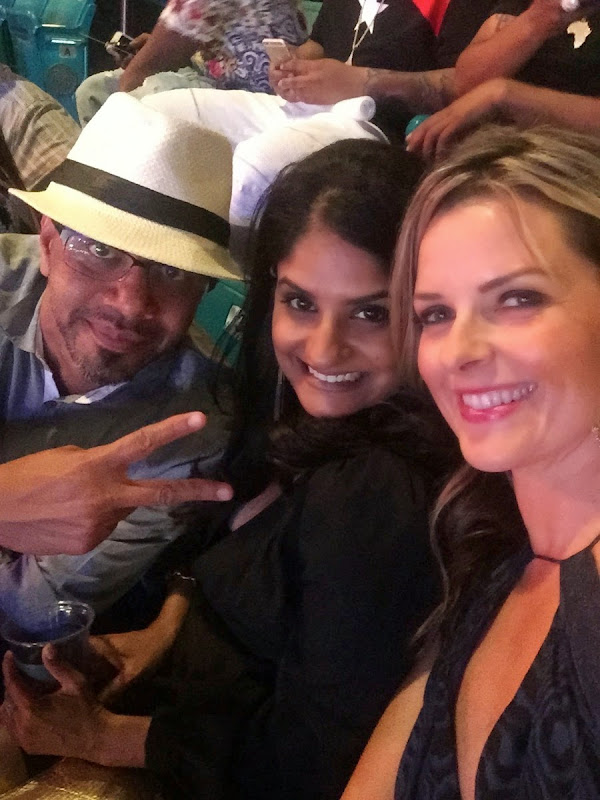 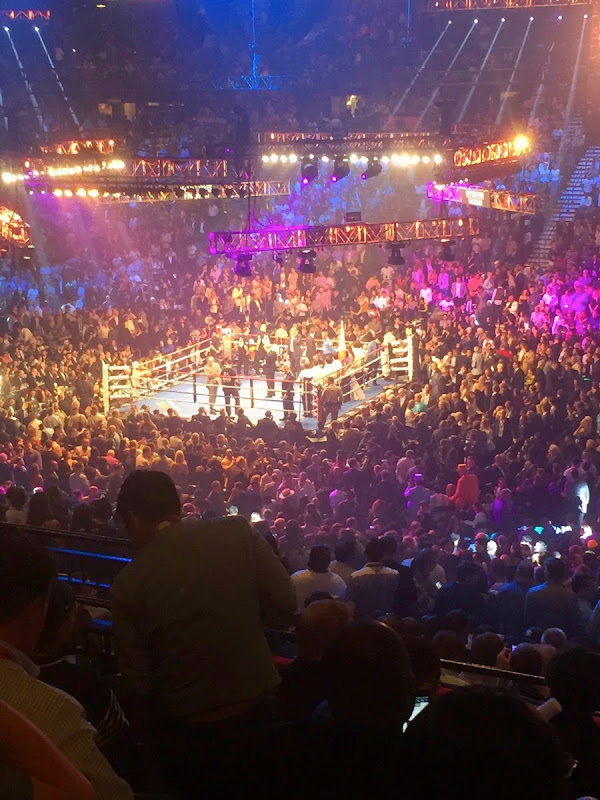 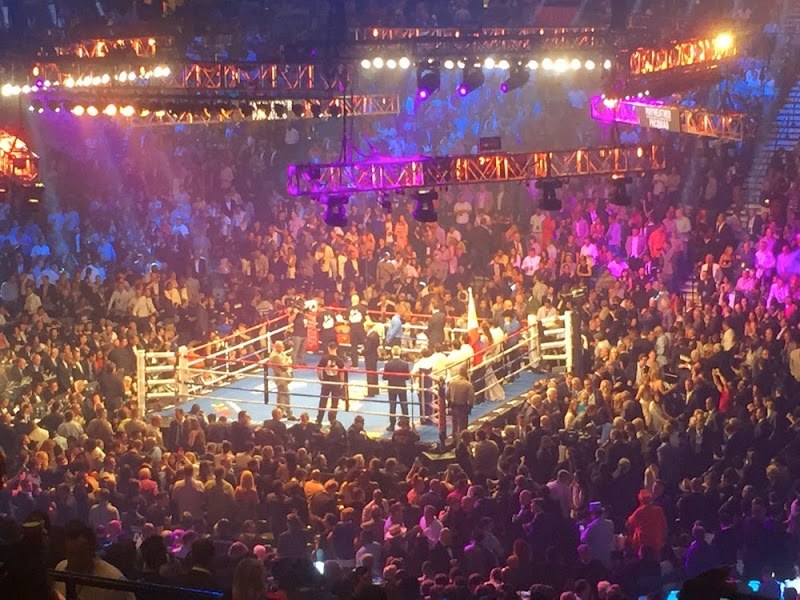 The fight was boring, Mayweather won (really looked like Pacquiao won from what we could see) but we had a blast anyway! Eventually we made it back to our hotel and went to Pink Taco for dinner. I had a fish taco, steak taco and carnitas taco: 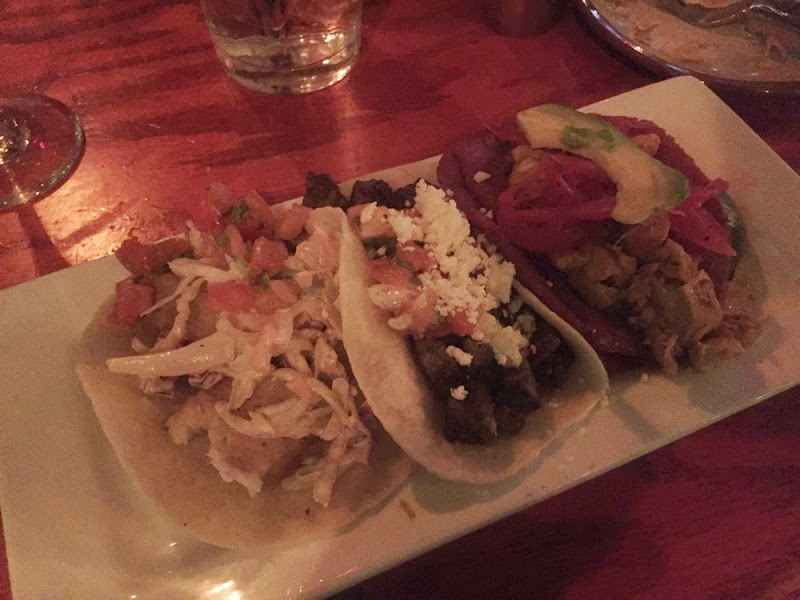 Eh. Not impressed. After dinner, we went straight to bed.

Breakfast yesterday was a toasted bagel, lox and all the fixings. 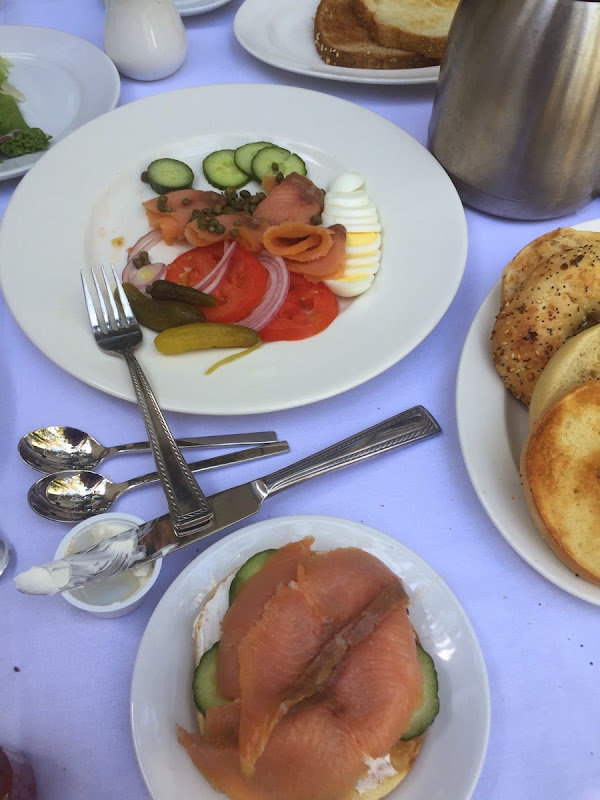 We packed up and headed to the Las Vegas airport. We stopped in one of the restaurants for lunch. I had fish tacos. Guess I’m on a fish taco kick. 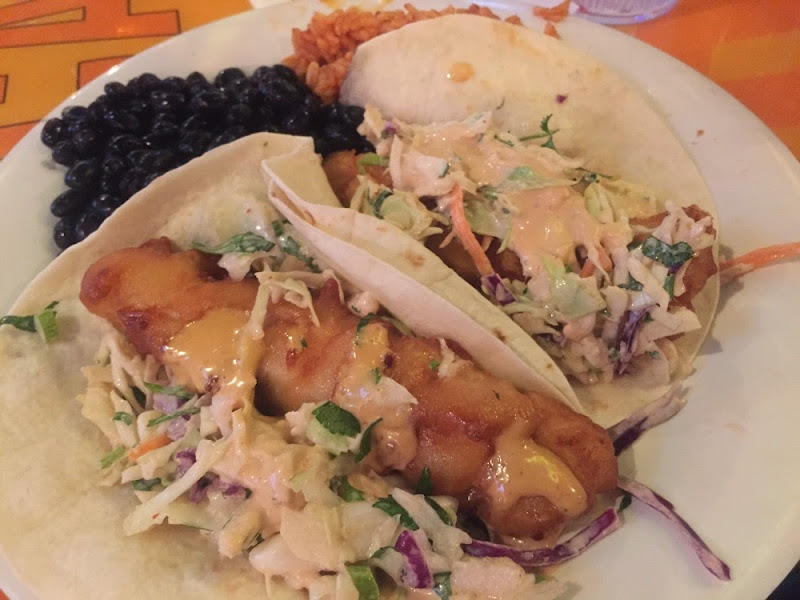 We made it home finally. There was no way I was cooking last night so we went to Claim Jumper for dinner. I just wanted the salad bar. 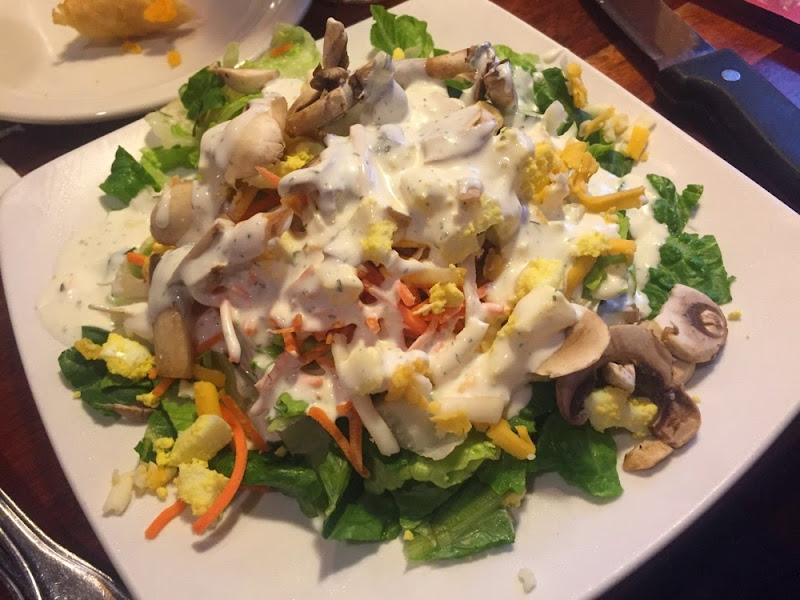 And now it’s Monday. Back to the normal routine. Honey Nut Cheerios and almond milk for breakfast. 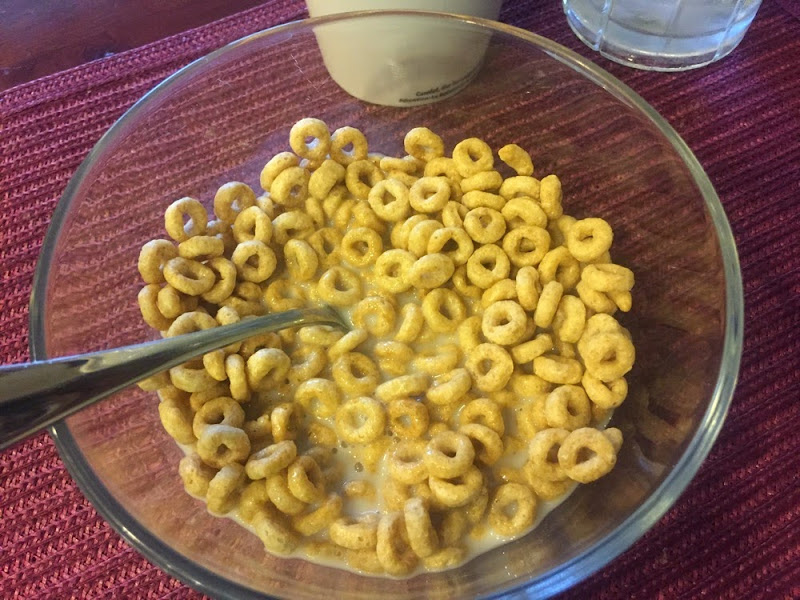 I took the kids to school, then went to spin class. Here’s to a good week!

Did you watch the fight? Who did you think won?