We are big pasta lovers at our house. I came across a recipe that was a cross between lasagna and penne pasta with meat sauce. Looked like a winner to me! 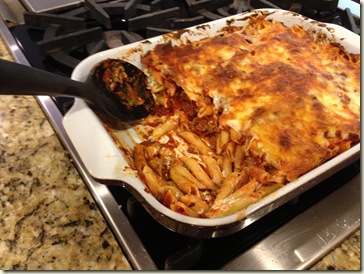 I was right! It was delicious and easy to make. 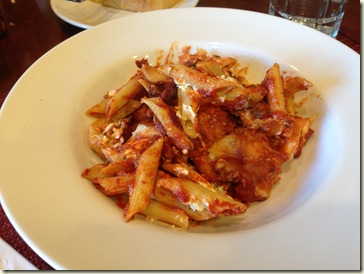 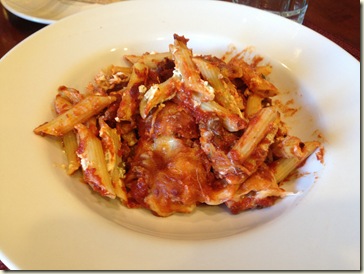 Along with a Caesar salad, it was a fabulous meal! I froze the leftovers to enjoy at a later date. 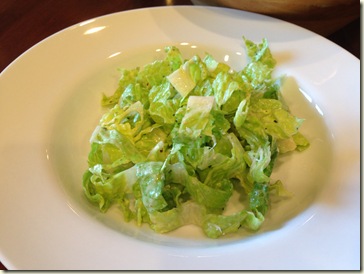 In the middle of the night I received a phone call from my mom saying that my dad was being moved back to the ICU and was going downhill fast. Fortunately I was already packed because I had planned to go there the next morning. I drove to the hospital and arrived around 3AM. It was a long and stressful night (morning?) but eventually they were able to stabilize him. I went down the cafeteria for breakfast. 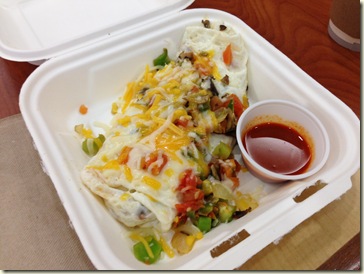 Egg white omelet with cheese and lots of hot sauce. After breakfast I went back to my parent’s house to get a bit of sleep. A couple of hours later my mom called again to get back to the hospital.

Again the doctors were able to stabilize him. I went down for a quick lunch. 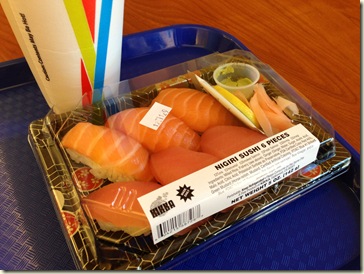 Sushi. It hit the spot.

As the day wore on, things seemed a bit better with my dad. My brother, his wife and I went across the street for dinner at Suriya Thai. We shared a few dishes. 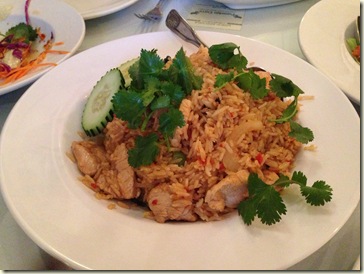 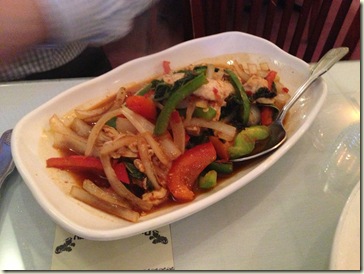 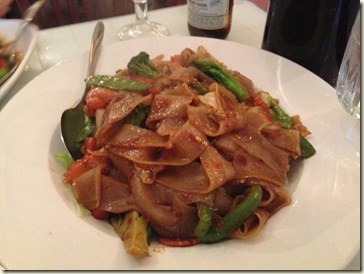 Everything was delicious especially the noodles!

I hung out at the hospital for a bit and then went back to my parents’ house to sleep. After a great night’s sleep, I went to the hospital and grabbed some breakfast with my mom. 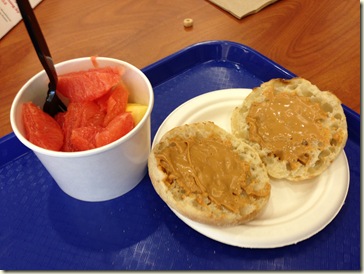 English muffin with peanut butter and a fruit cup.

The doctors decided to send my dad down for a scan to see where the bleeding was coming from. They were able to locate it so he went for another procedure to seal up the spot. After waiting tensely for over two hours, the doctor came out and told us he was able to stop the bleeding. Best news ever. He’s still not out of the woods yet and complications could arise but we are happy and hopeful.

During the procedure, I went down to the cafeteria to grab some clam chowder for lunch. I ate it in the waiting room. 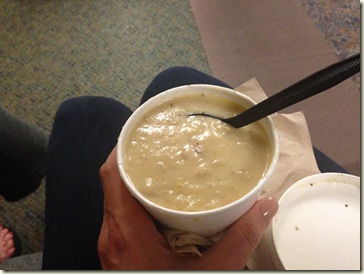 My brother and Stephanie are on their way to the hospital. I’m looking forward to celebrating the good news with my family tonight!