Last night we, and my friend Sherry and her husband,  went over to Alicia’s for dinner. We decided to make it a potluck. Alicia would make the main dish, I would make two side dishes and Sherry would make a salad and dessert. Easy enough!

When we arrived at Alicia’s house, we were greeted by cheese puff pastry appetizers and wine. 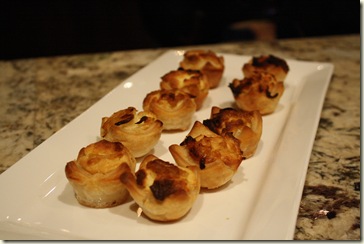 Once all the finishing touches were made on all the dishes, it was time to sit down and enjoy. 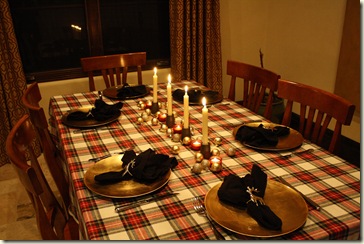 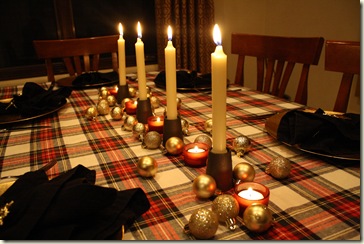 Sherry made a tomato mozzarella salad: 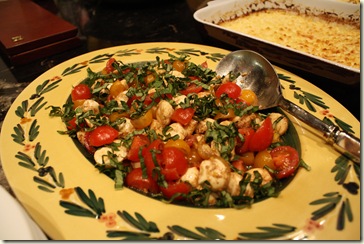 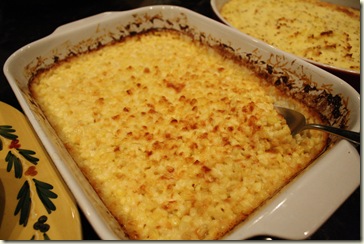 As well as Mustard Seed Mashed Potatoes which were a big hit! Make these…I promise they won’t disappoint. 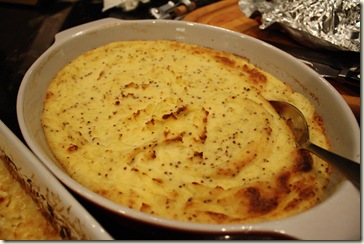 1. Place potatoes in a large pot and cover with cold water. Bring to a boil and add the salt. Continue cooking until tender, 10 to 15 minutes.

2. Drain potatoes and let air dry 5 minutes. Place sour cream, cream cheese and butter in the bottom of a large bowl. Press potatoes through a ricer into the bowl. Stir to combine, adding more sour cream as needed. Stir in mustard. Season to taste with salt and pepper. Serve immediately.

*Note: I prepared them ahead and baked them at 350 degrees for 30 minutes later. 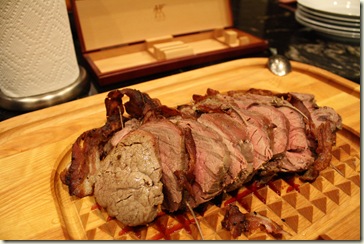 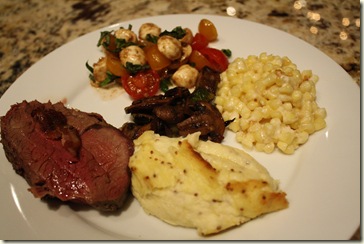 I really wanted seconds but I knew I’d rather have a giant slice of Sherry’s Red Velvet Cake with Cream Cheese Frosting. 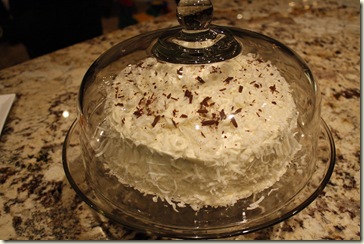 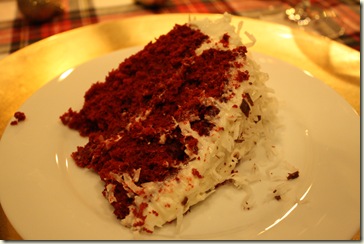 We decided that we should make this a quarterly event. I’m already looking forward to the next one!

This morning I was determined to knock stuff off my to-do list. I was so busy that by the time I realized I was hungry and it was time to eat breakfast it was 11:00am. The kids wanted Olive Garden so I skipped breakfast and went right to lunch. I think I could eat multiple large bowls of this.

By the time I got to my spaghetti with meat sauce, I had eaten too much salad and wasn’t super hungry. 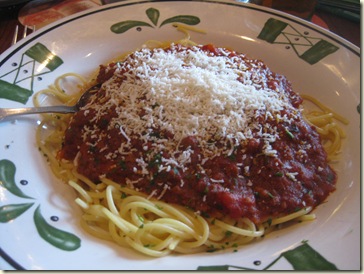 I took most of it home. It will make a good lunch tomorrow.

Tonight we have a holiday party to attend in Orange County so I better start getting ready!