After 4 days in Barcelona and 12 days on a Mediterranean cruise, that basically sums it up. I got off that ship on Tuesday morning thinking I never wanted to see food again. I’m surprised a don’t weigh a ton more. All we did was eat. Thank goodness I worked out while I was there. It could have been very bad otherwise.

The 4 days we spent in Barcelona included a lot of this: 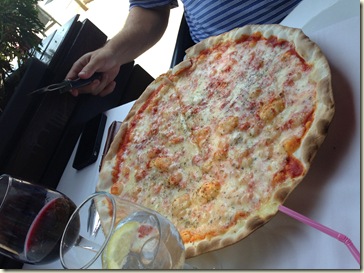 And a ton of this: 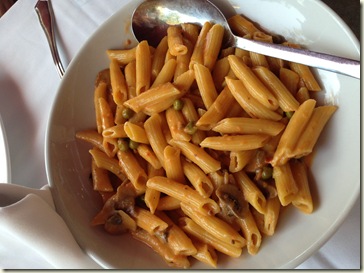 We discovered this restaurant called La Tagliatella in Barcelona that had the best pasta sauce ever. It was called Diavola and you could choose any pasta to go with it. It was especially good on penne and gnocchi. We went there 3 times.

Did I mention I ate a lot of this too: 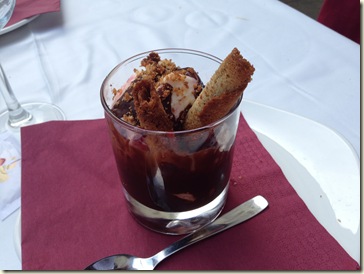 I know what you’re thinking…where was all the Spanish food. Well…with a picky husband, two kids and sometimes my nieces and nephews, Italian food was the agreed upon option.

While we were in Barcelona we did a bit of sightseeing. We saw the Sagrada Familia (a large Roman Catholic church designed by architect Antoni Gaudi): 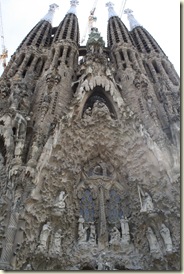 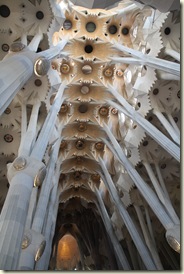 It was stunning. Construction started in 1882 and is STILL ongoing. 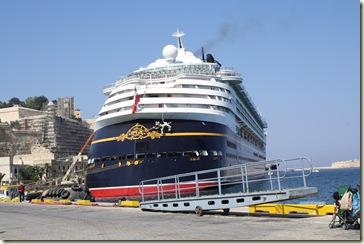 Our first port of call was Villefranche, France. We made our way to Monte Carlo to spend the day. 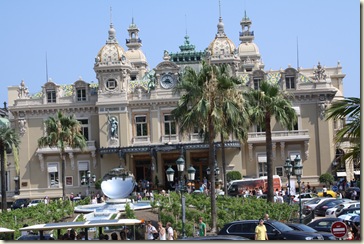 We shopped and gambled at the Grand Casino and did a bit of shopping before heading back to the boat.

The next port was La Spezia, Italy where we took a couple of boat rides to Cinque Terra. The terraces that people built along the rugged, steep landscape were amazing to look at. 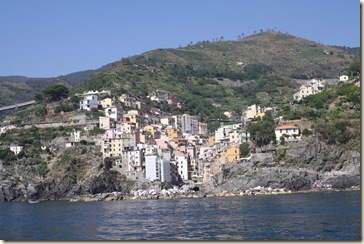 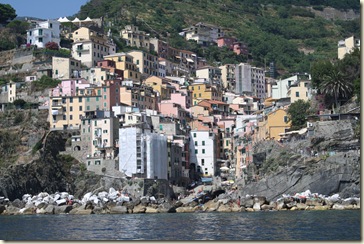 Next stop was Civitavecchia, Italy where we went into Rome for the day. 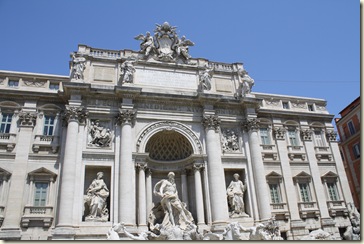 We stopped at the Trevi Fountain, The Spanish Steps and The Coliseum.

Our fourth stop was Naples, Italy. We visited Pompeii and saw the ruins from the eruption of Mount Vesuvius. 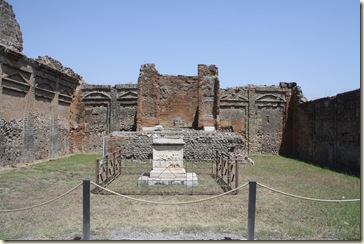 We also stopped for pizza. After all….pizza was born in Naples! We stopped at Pizzeria del Presidente named because Bill Clinton ate there. 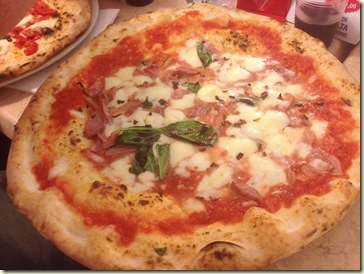 That night was our first formal night on the ship. 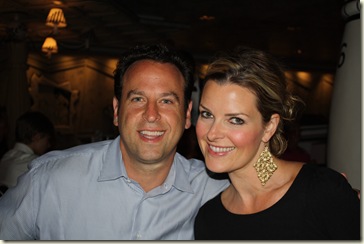 For the most part, the food wasn’t very good on the ship. They did only a few things well: chicken strips, Cajun chicken sandwich and their mac & cheese.

After a day at sea, we rolled into Venice. We docked overnight there so we had plenty of time to spend there. 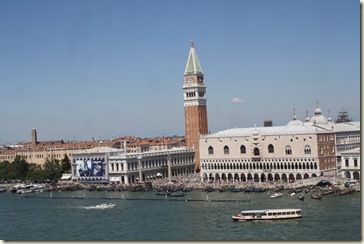 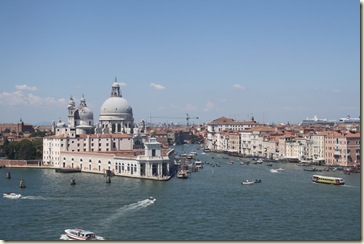 The highlight of Venice for me was eating at the famous Harry’s Bar. 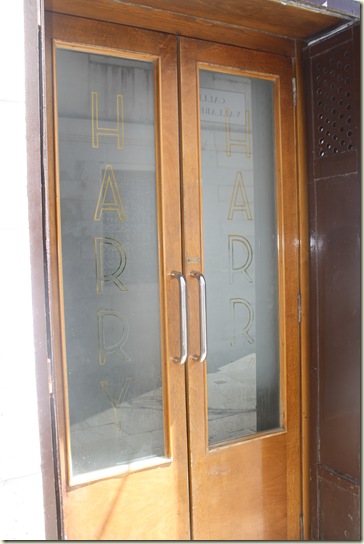 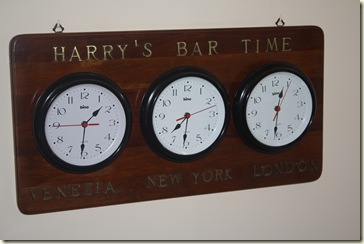 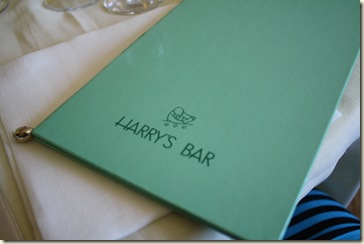 I ate the most amazing pasta of my life: Tagliardi a la Bolognese. 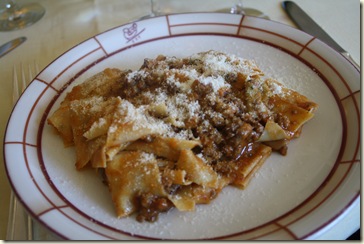 It was extremely pricey there but I have to say that it was worth every cent (Euro).

The next port was Dubrovnik, Croatia. Unfortunately I missed it because I was in bed all day with either a 24 hour stomach bug or food poisoning. It was NOT from Harry’s Bar. Have a feeling it had something to do with the mediocre food on the ship.

We spent a day at sea, then arrived at Valleta, Malta. It was the only place on the agenda that I had never been before. We drove around the city a bit then stopped at the Westin there to enjoy the pool and beach. 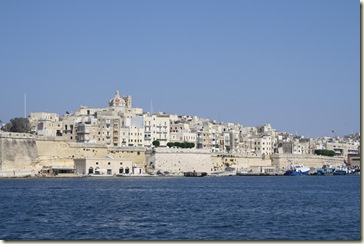 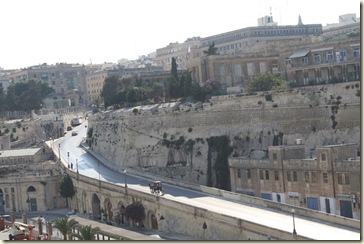 We had one more at sea then arrived back in Barcelona. I didn’t take any pictures of the food on the cruise (it wasn’t worth it) but here is the macaroni and cheese. It WAS worth it. 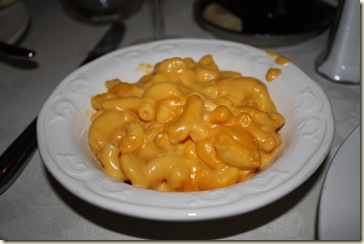 So after a long 24 plus hours of travel home, I was ready to start fresh. I was actually craving healthy food and exercise. You ask and you shall receive!

Yesterday started with scrambled egg beaters with turkey and salsa. 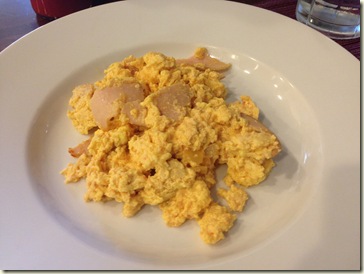 I went to the gym for an hour of treadmill and weights. I met Lisa and Annette at Wahoo’s for my favorite fish tacos. 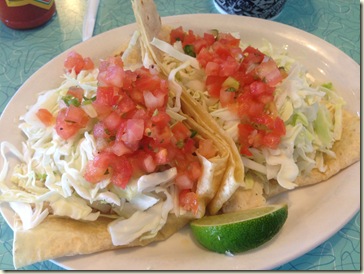 They never tasted so good.

I spent the rest of the day doing errands and unpacking. I did pull together a pretty good, healthy stir fry dinner! 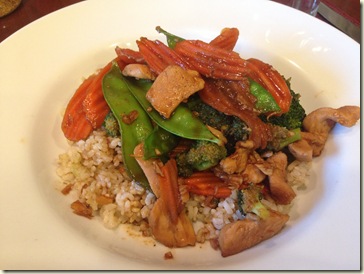 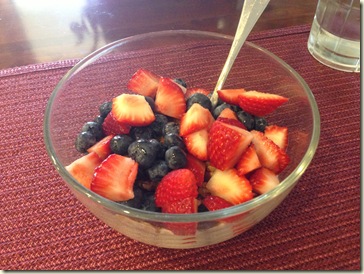 I made it to the gym again and did a combination of treadmill and elliptical.

After a couple of appointments, I stopped for lunch at Luna Grill before getting my nails done. 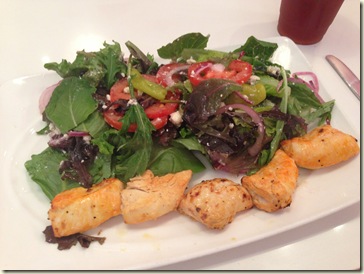 Greek salad with a chicken kabob.

I made a delicious, healthy dinner which I’ll share with you tomorrow. Glad to be back on track.

Have you ever been on a cruise?