My mom and I went out to dinner and a movie last night. We had dinner at The Cheesecake Factory. I haven’t been in awhile and was unaware of their huge SkinnyLicious menu. Everything on the menu is lower calories and there are a ton of options! I chose the Turkey Burger with side salad. 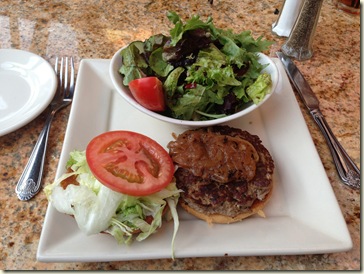 While it wasn’t the best turkey burger I’ve ever had, it did the trick for under 590 calories.

We saw “The Heat”. It was HILARIOUS. I highly recommend it.

I scrambled three eggs for breakfast this morning with a chopped up deli ham slice. 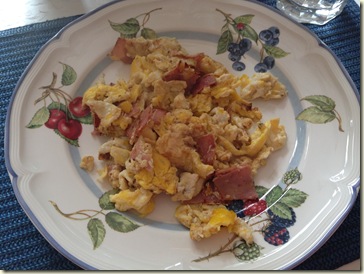 Then I drove to Encino to pick up my son who has been away at sleep away camp for two weeks! I started tearing up as soon as the bus came around the corner. I watched child after child get off the bus until finally I saw him. It was such an awesome moment. He had a blast!!!!

I took him to McDonald’s for lunch. 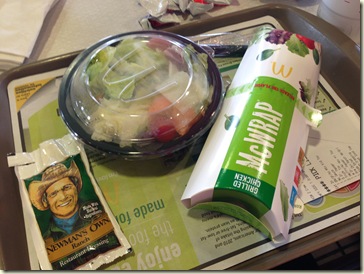 I had the grilled chicken McWrap and a side salad. Then it was off to San Diego we went! It’s so good to have him home!