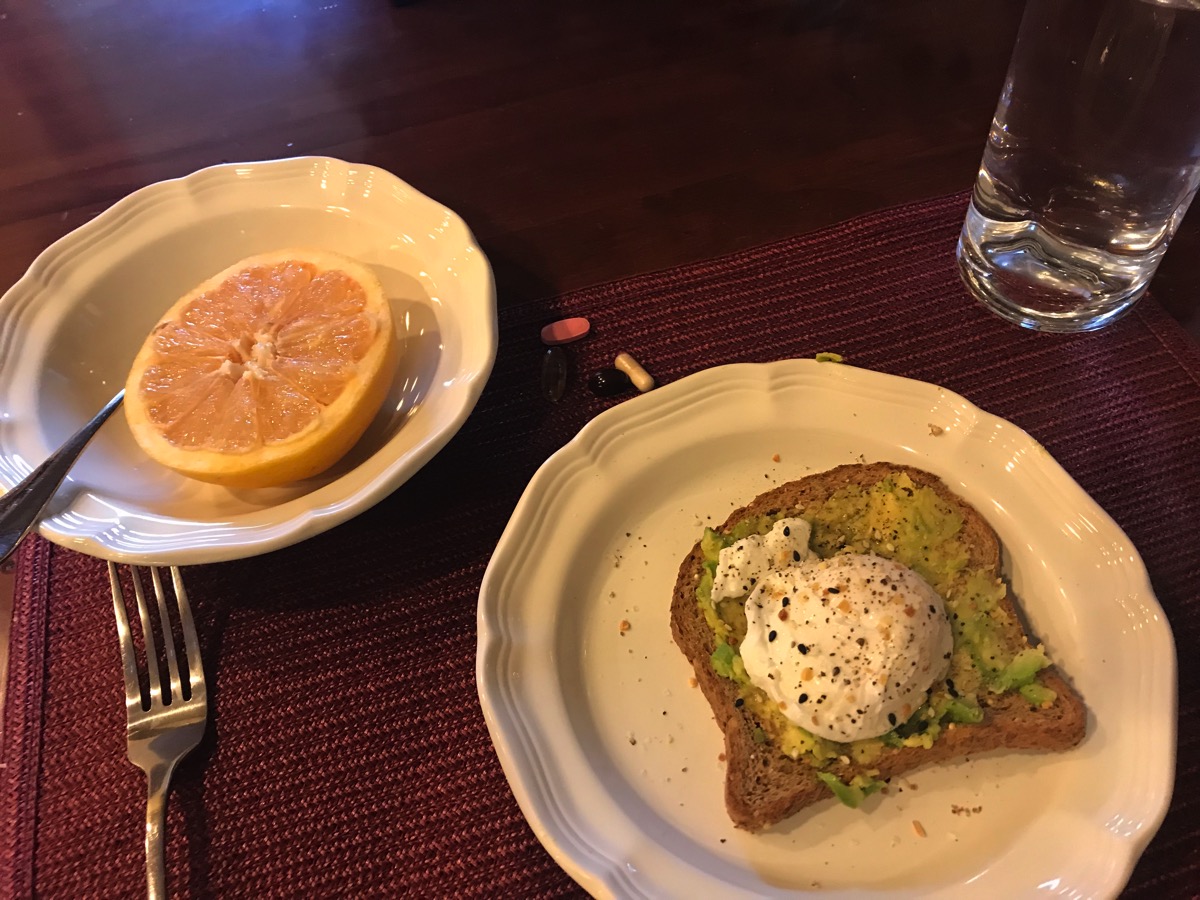 After I took the kids to school, I went to the gym for a quick run on the treadmill. Afterwards I went to an appointment followed by a cooking class by Phillis Carey. The class was “Everyday Cooking the Low Carb Way."

The first plate was two recipes: 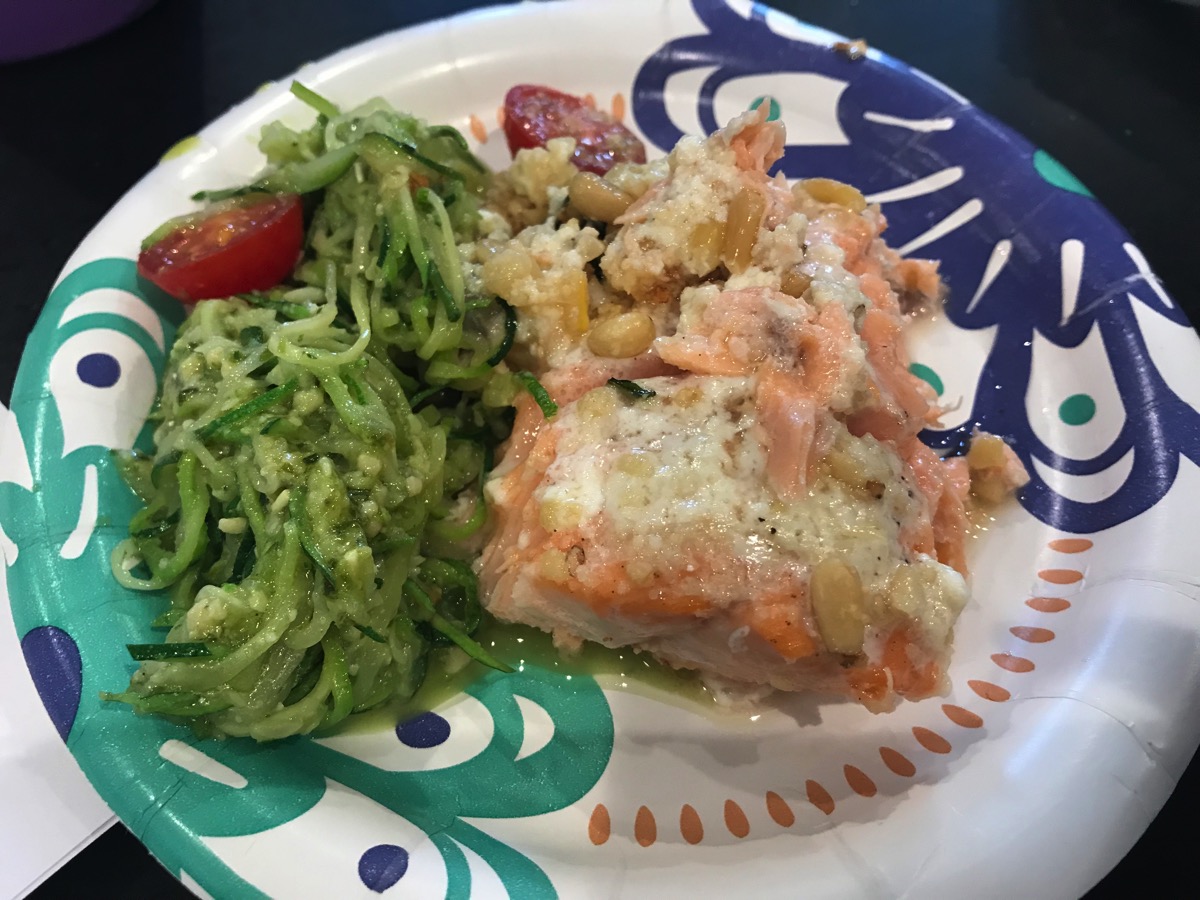 While the zucchini noodles were good, the salmon stole the show. Such a delicious recipe, low carb or not!!

The second plate had two recipes as well. 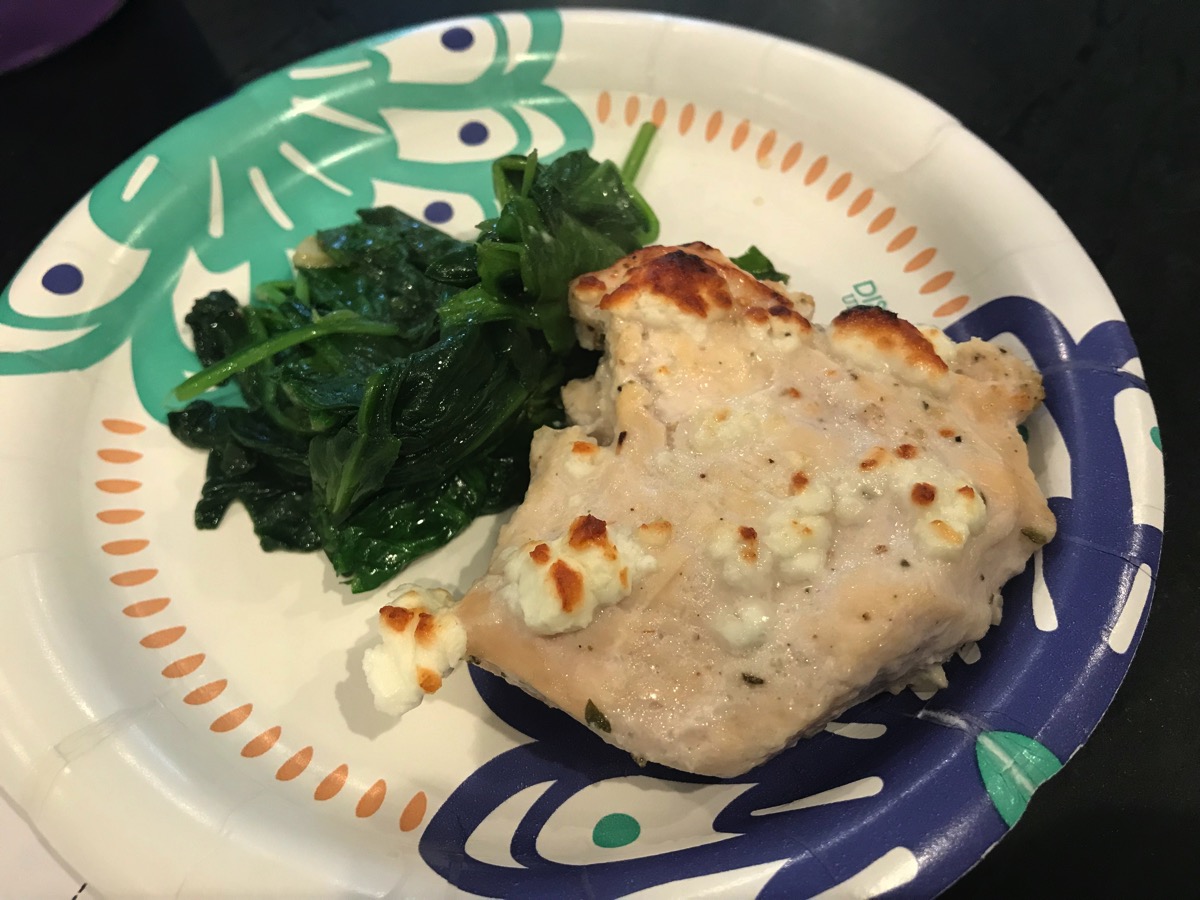 Loved the chicken!! So good!

The next plate was also two recipes. 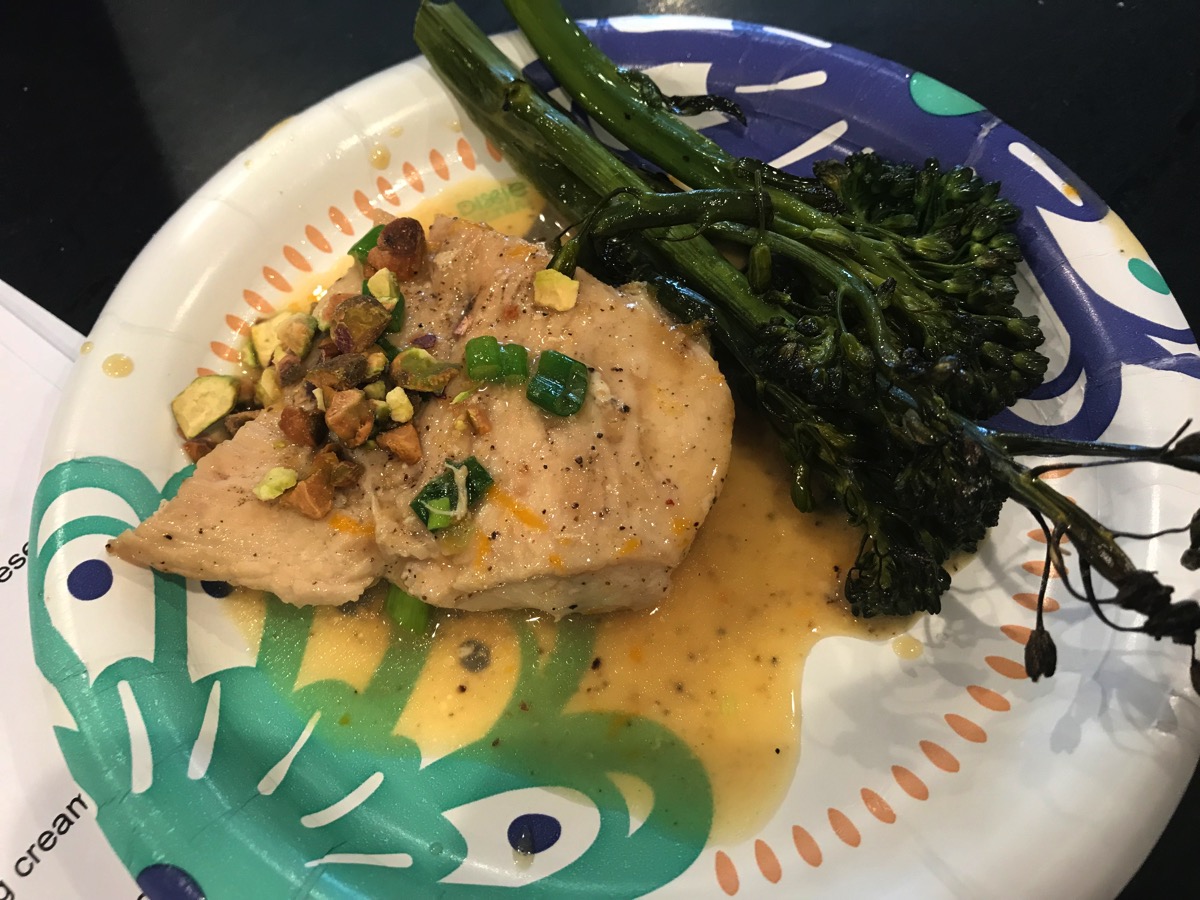 Both were good! The pistachios on the chicken were a nice bonus! 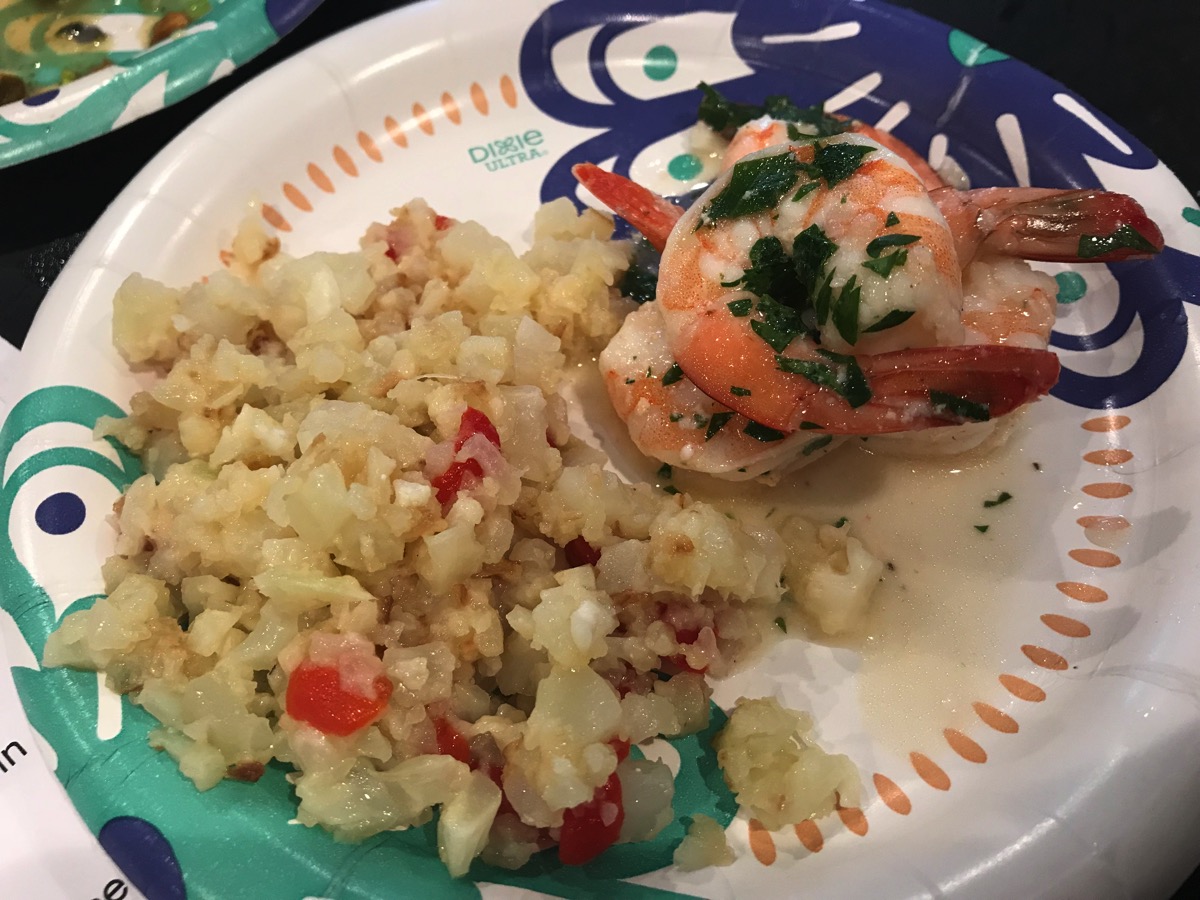 I had never had cauliflower rice before….it’s good! The shrimp were excellent. 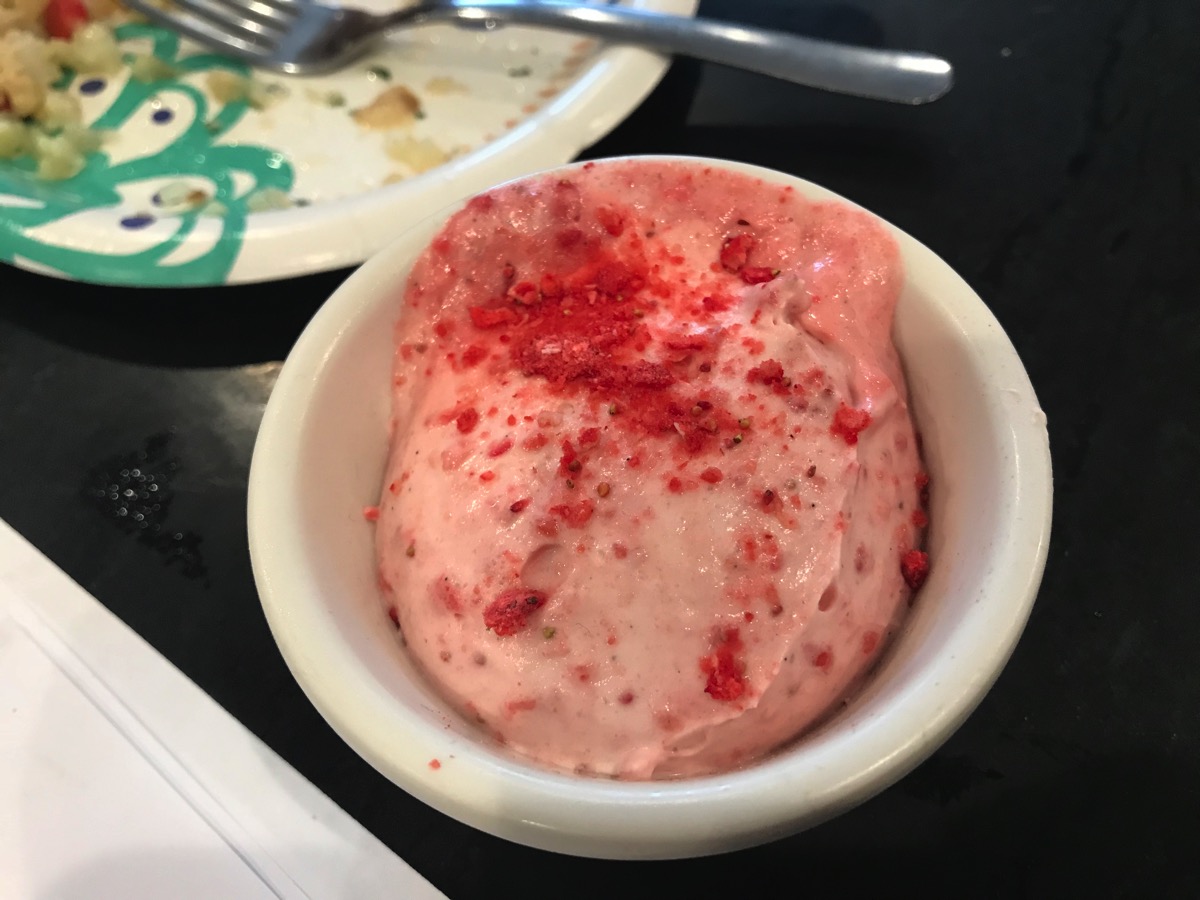 I wasn’t sure about this one but it was fabulous!! Great strawberry flavor!

After class, I ran an errand, then picked up the kids from school. I reheated some Creamy Macaroni & Cheese leftovers for dinner. 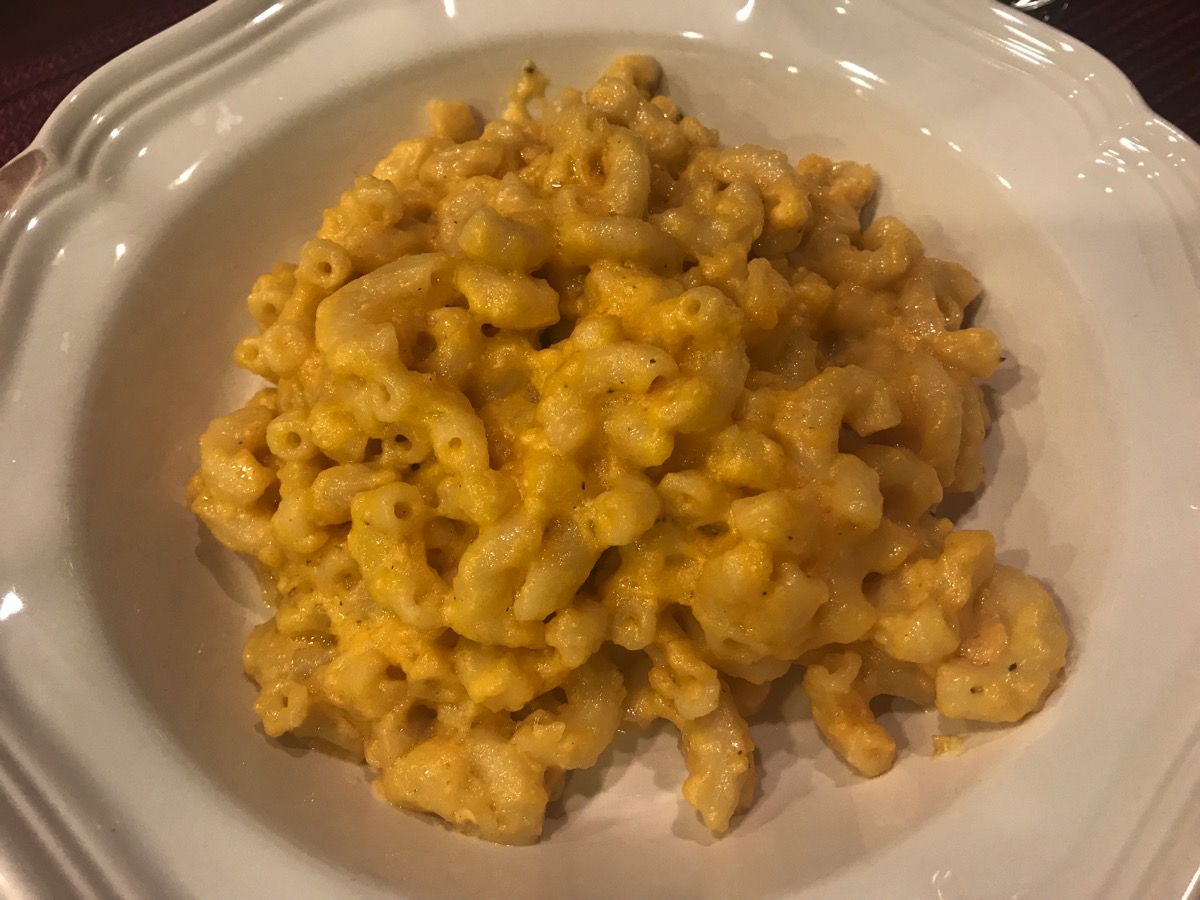 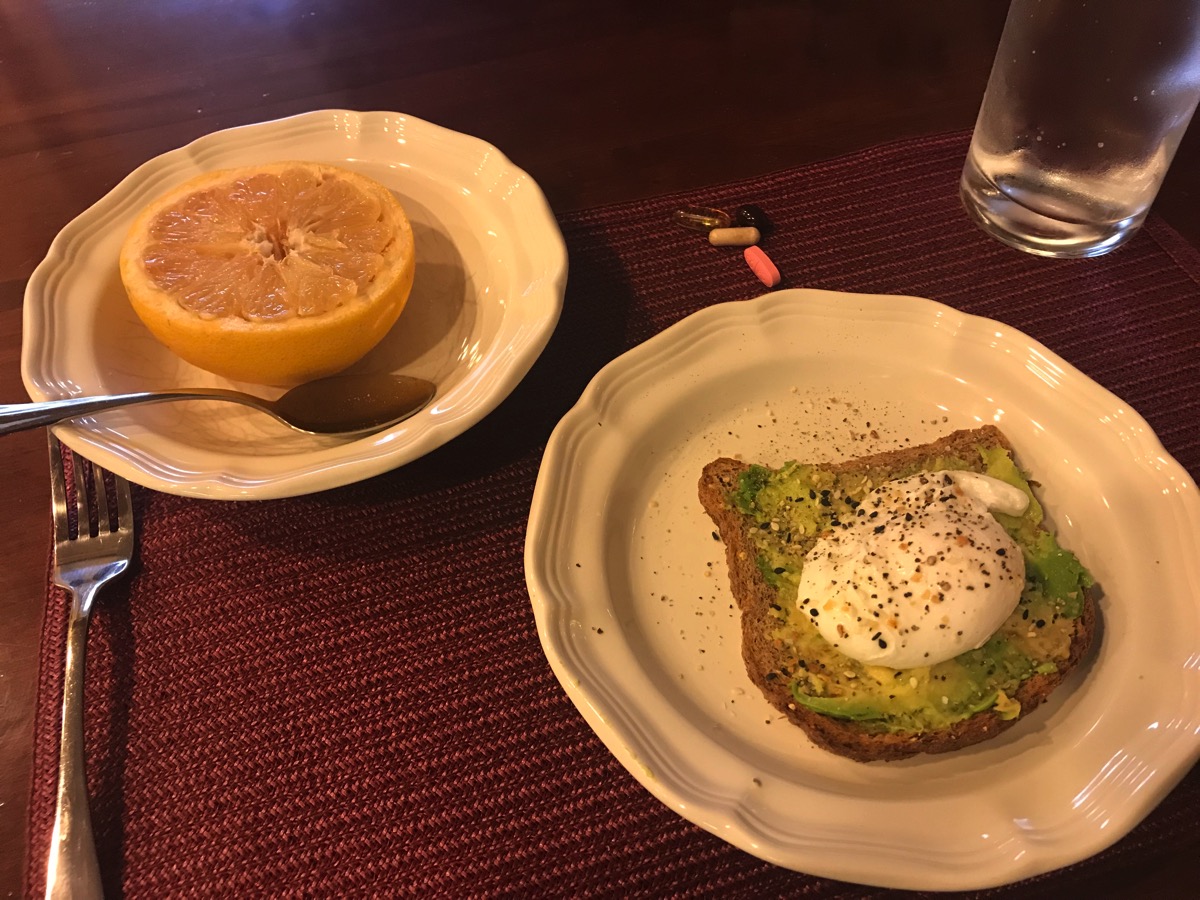 I took the kids to school, then went to Orange Theory. I got my hair done, then stopped at Jersey Mike’s for lunch. 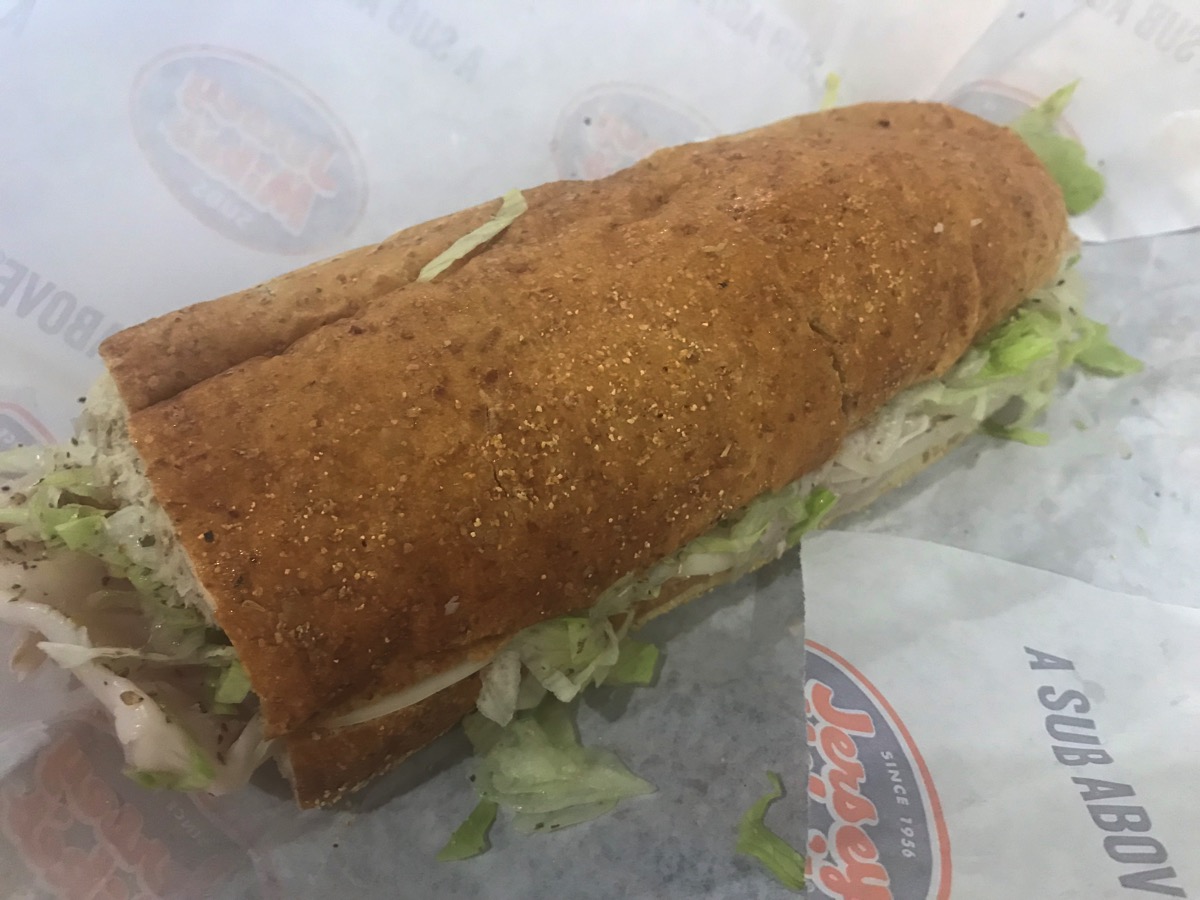 Dinner was salmon and leftover Gulliver’s Creamed Corn and peas. 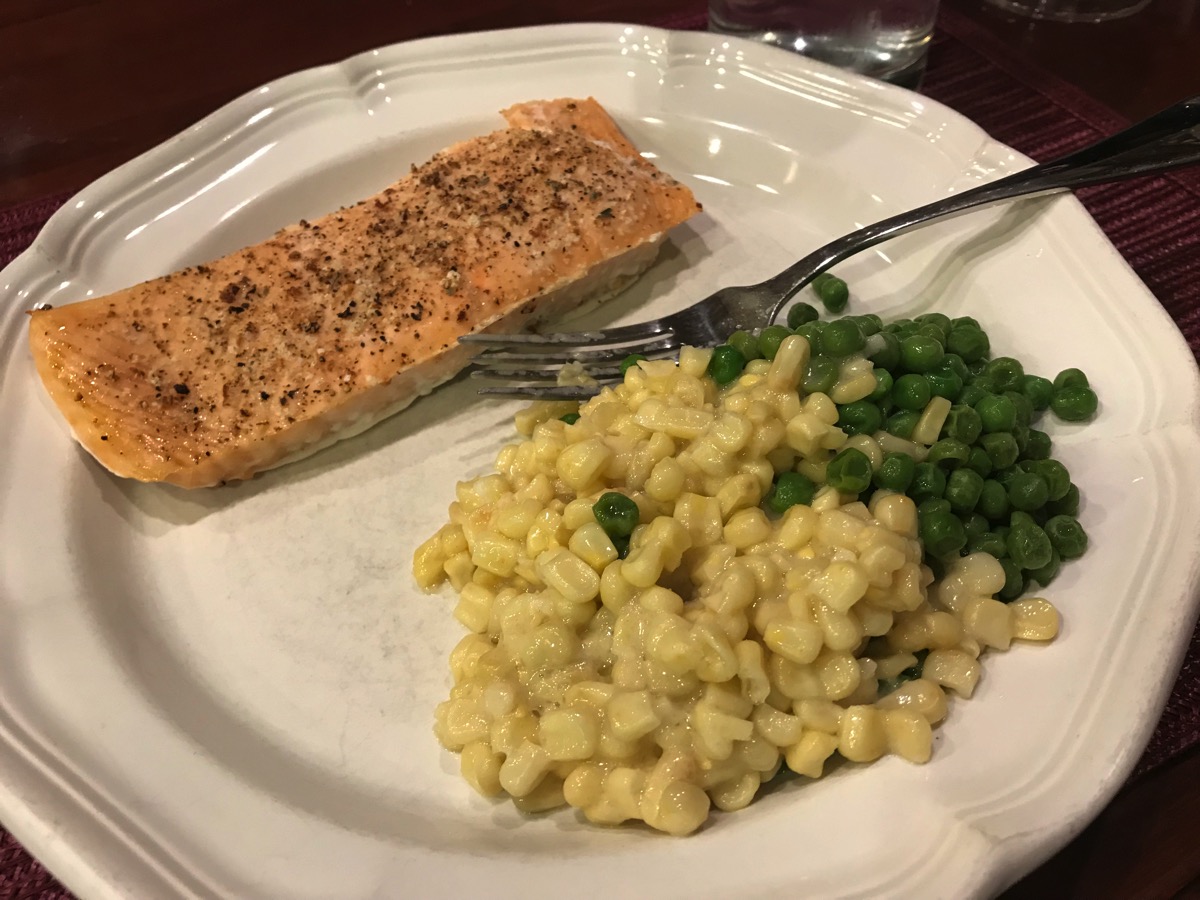 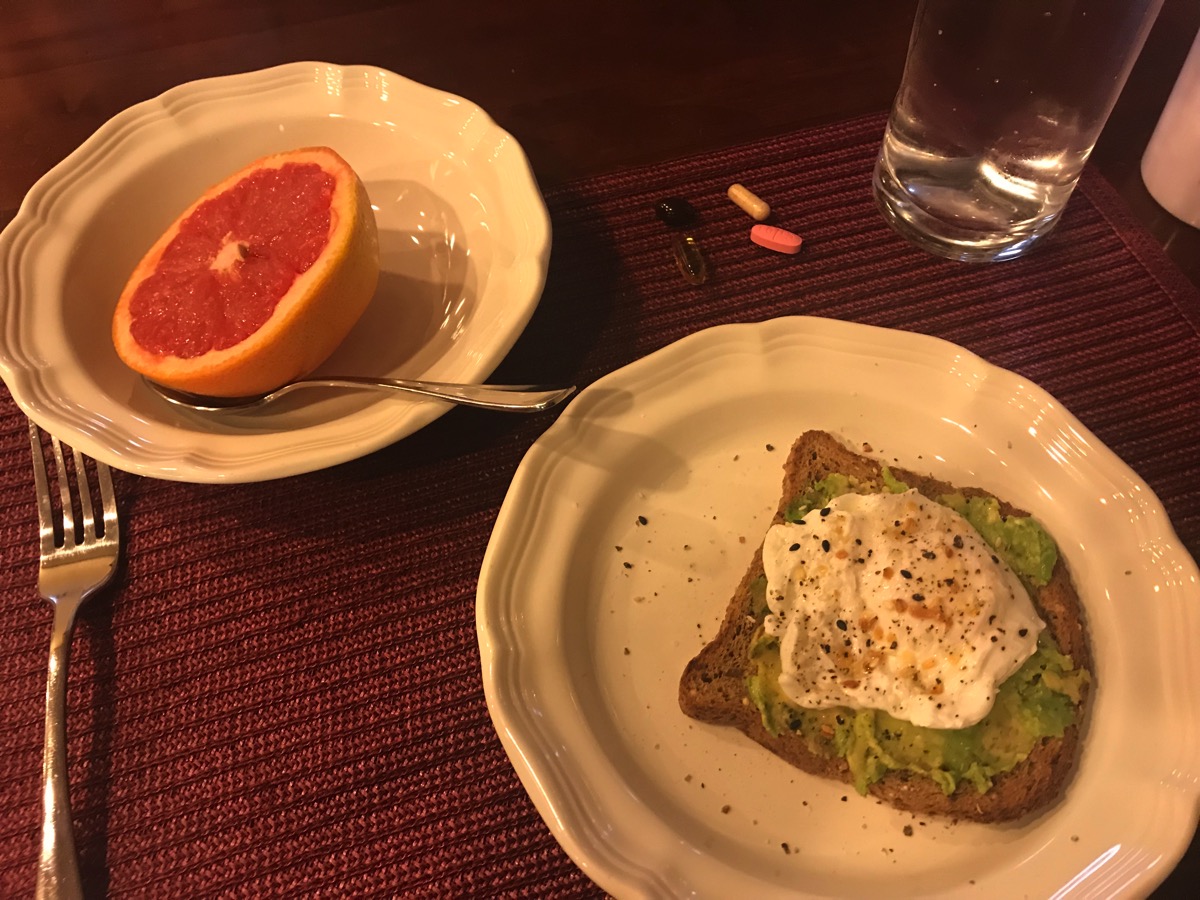 After I took the kids to school I went to spin class. That was followed by two appointment. I picked up lunch from Mendocino Farms. I had never been and was excited to try it. I had The Sandwich Study of Heat (shaved, roasted turkey breast, smoked gouda, smashed avocado, chili aioli, jalapeño relish, tomato, romaine lettuce on panini-pressed rustic white) 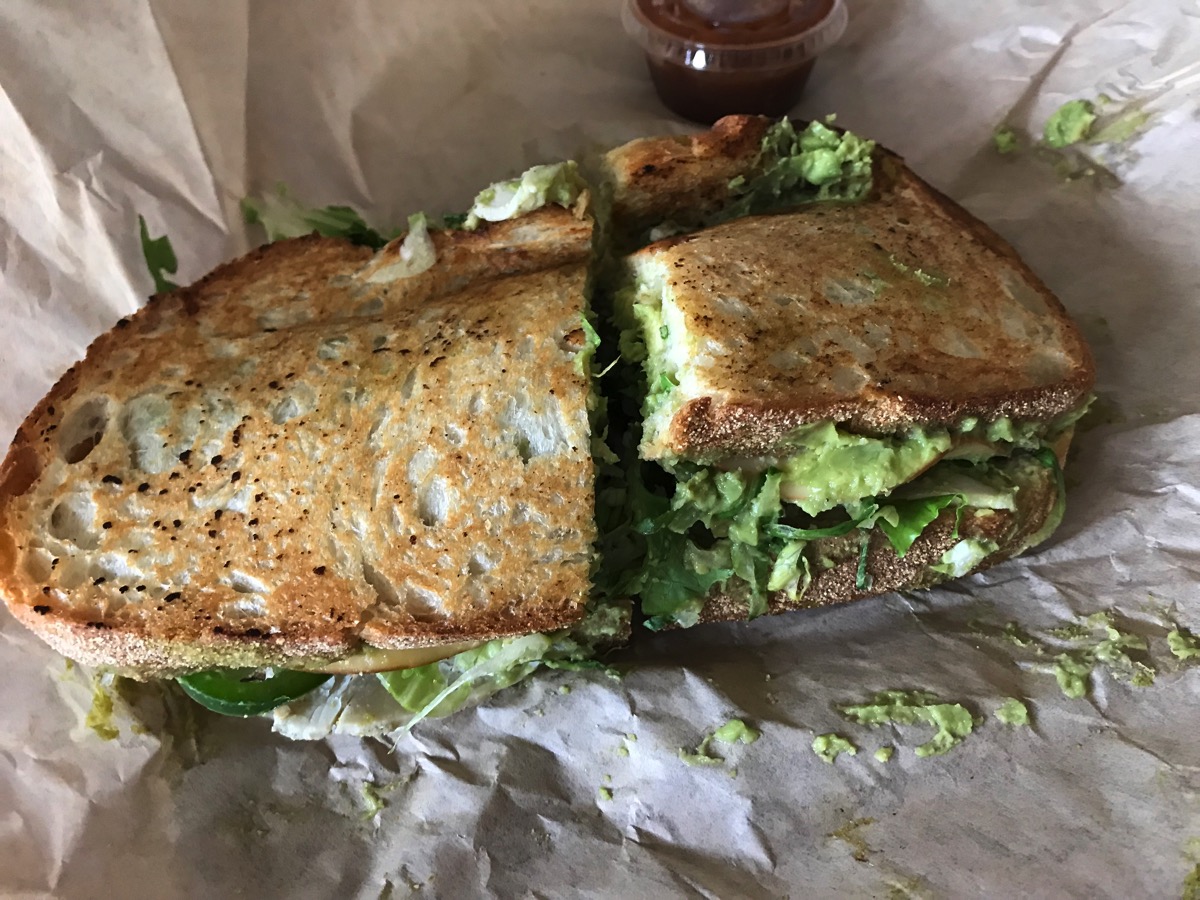 I got mine extra spicy. Being a warm sandwich, it probably wasn’t the best choice for take out but it was still pretty good when I got it home. I’d definitely give the place a try again!

I went to a Bar Mitzvah event for a friend’s son later that afternoon. I came home and got packed for Los Angeles. We stopped at The Cheesecake Factory on the way to meet a friend for dinner. I had the fish tacos (can’t find the picture!) and they sucked. They didn’t even have hot sauce there.

We arrived in LA, checked into the Beverly Hills Hotel and called it a night.

My husband had some appointments Friday morning so I slept in a bit and ordered room service for breakfast. 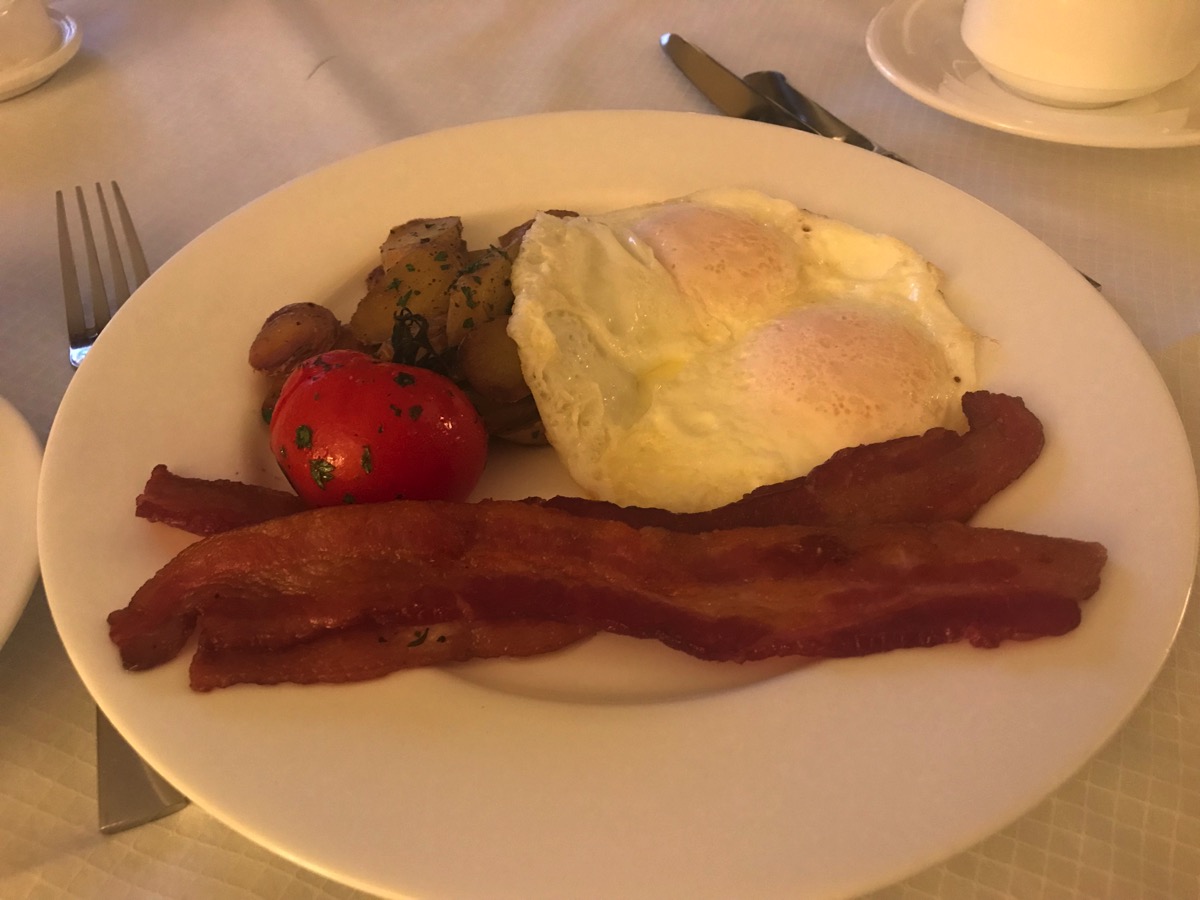 Just sitting there by myself watching tv and enjoying a fabulous breakfast was so relaxing. It was the best morning. But it got even better….

We met friends at Van Nuys airport and boarded a plane to San Jose for the PAC 12 Championship Game. USC vs. Stanford. 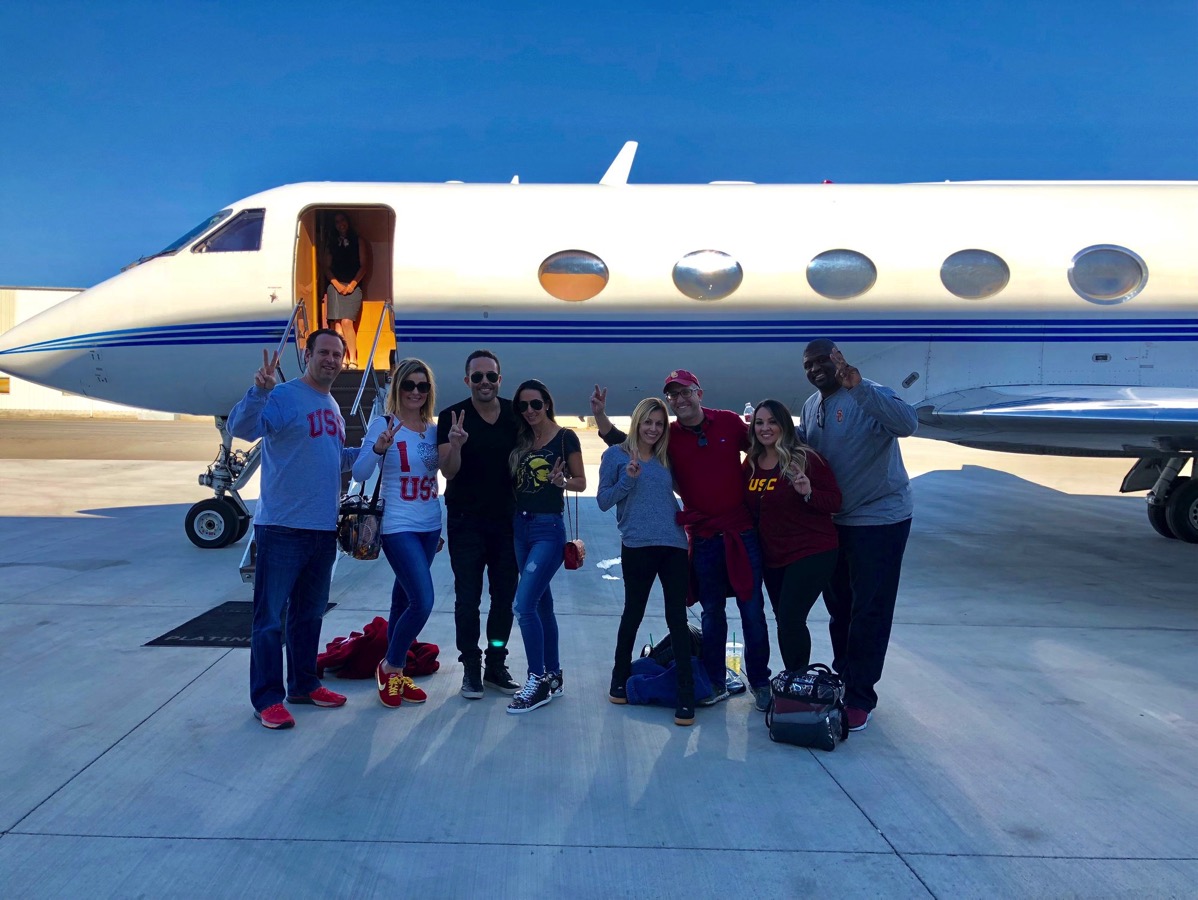 We stopped at some hotel across from Levi Stadium for lunch. I had a very average chicken caesar salad. 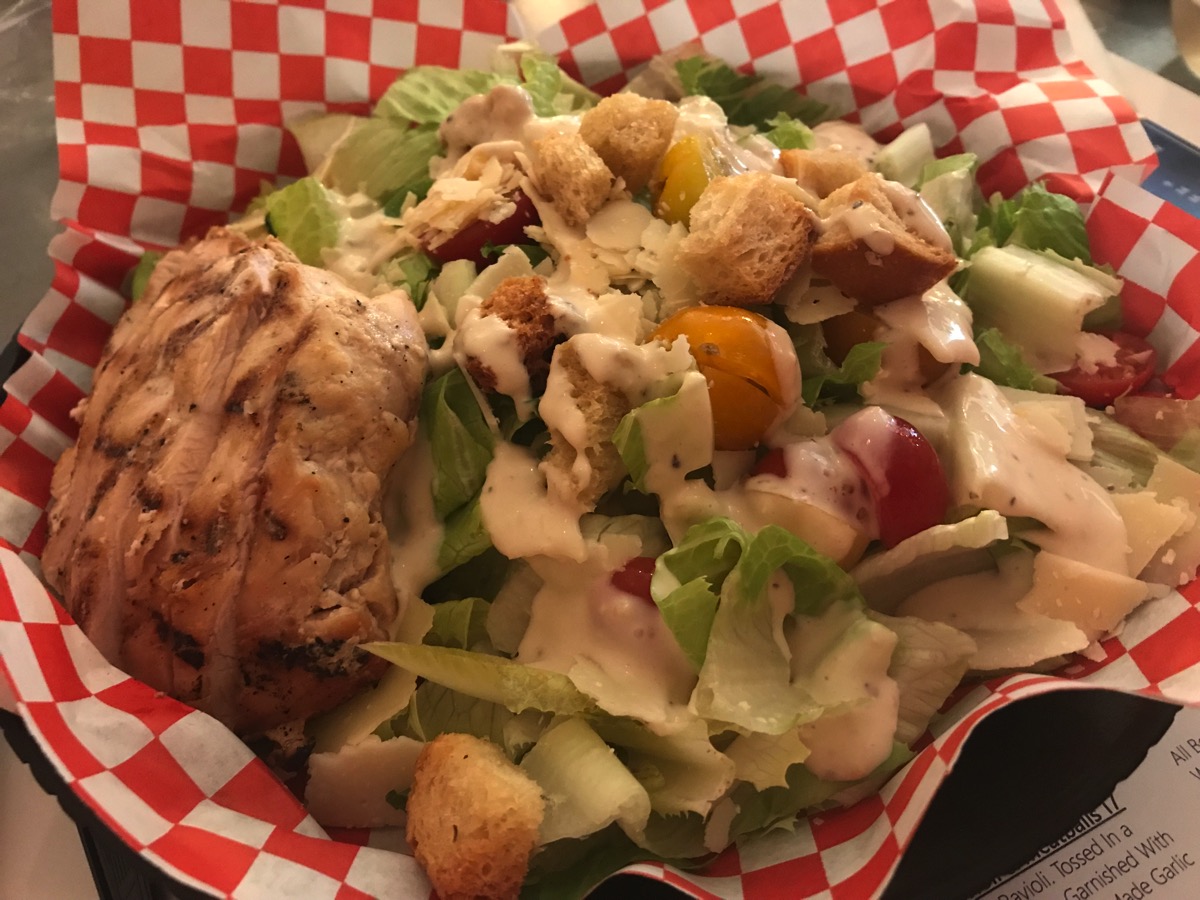 We went to a tailgate there before the game. 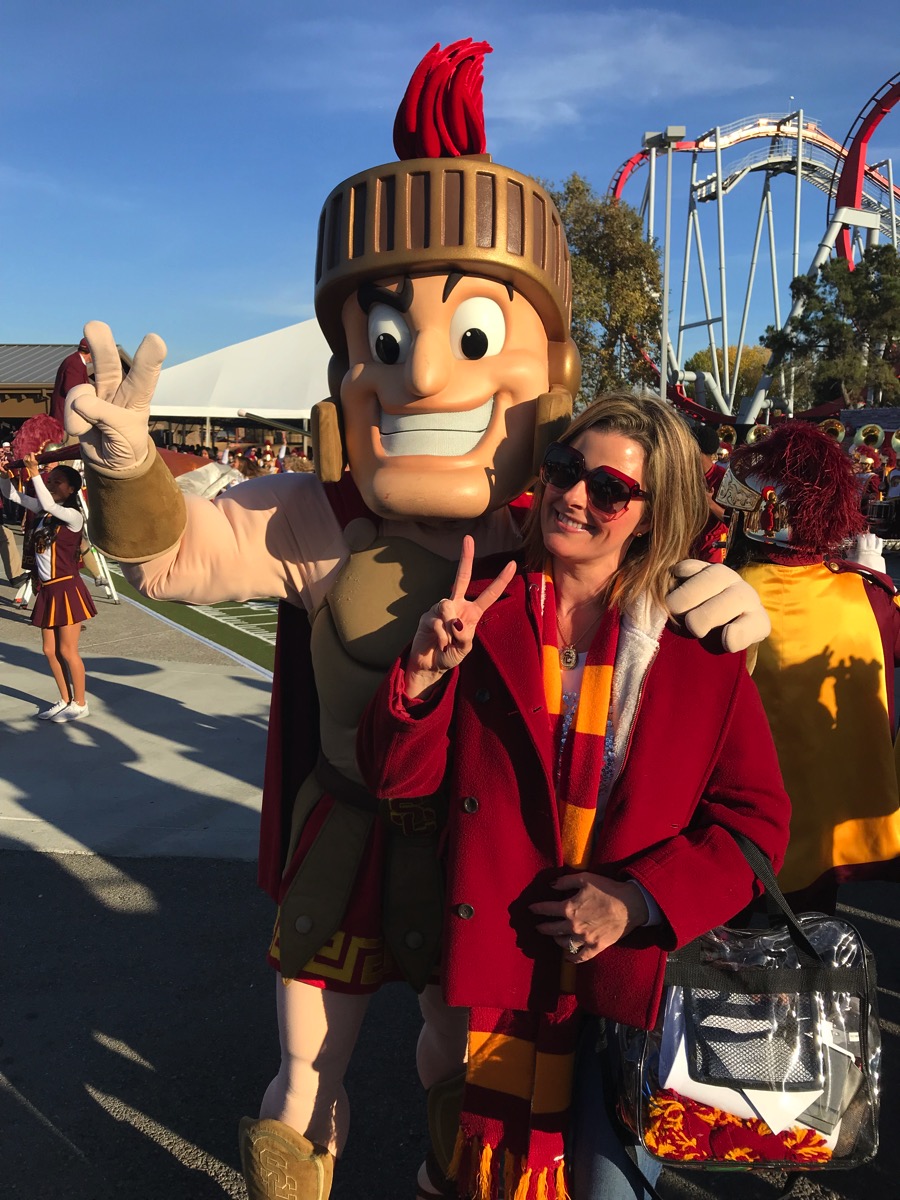 We got to hang out on the field a bit before the game. 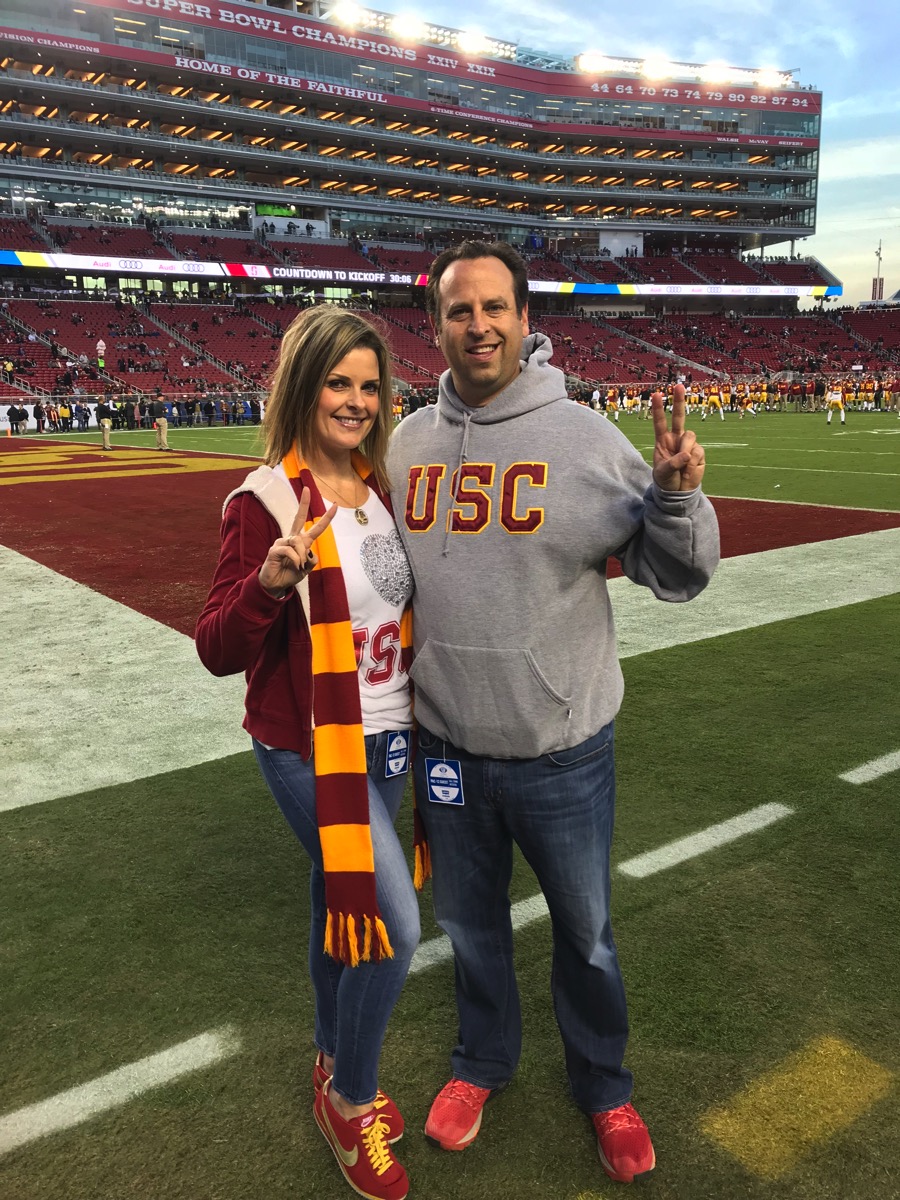 During the game I had a burger and wings for dinner. 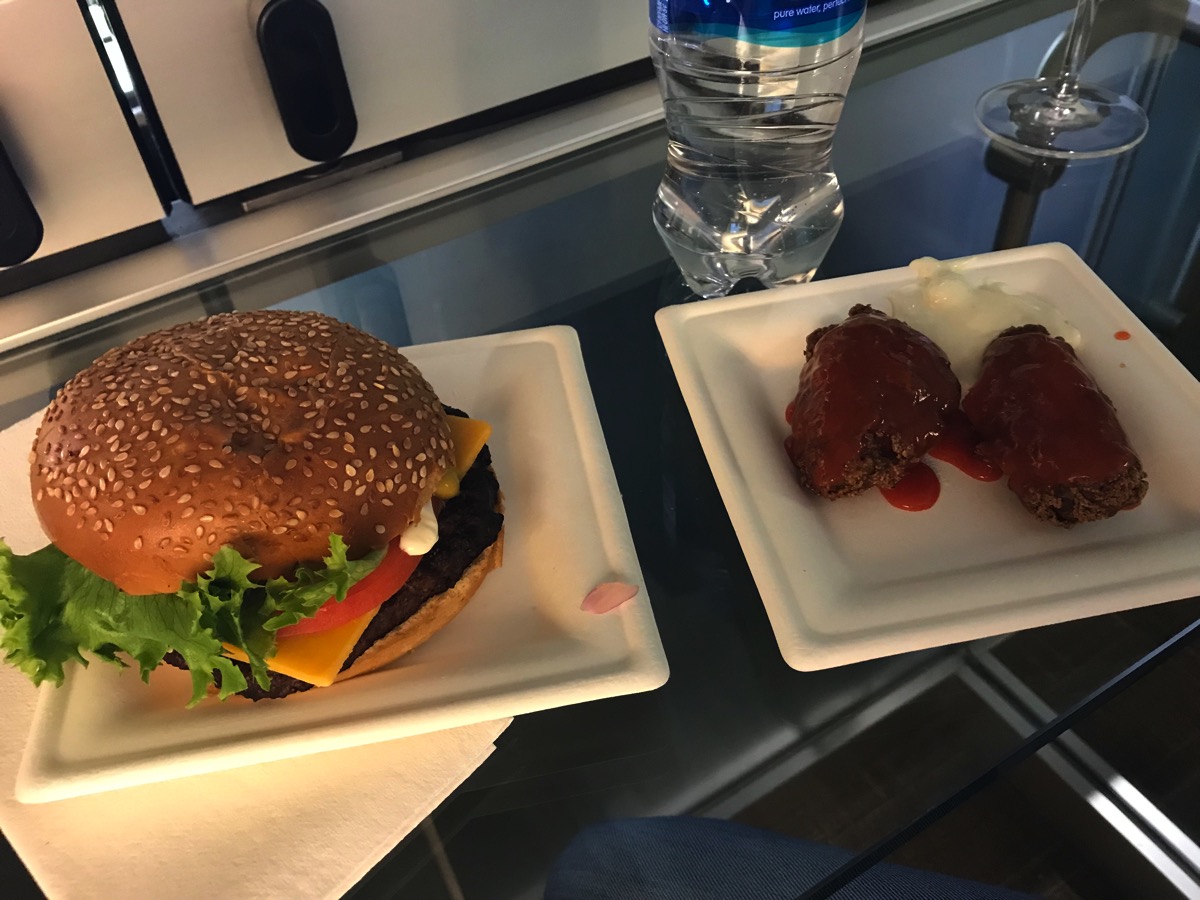 It was a great game complete with a USC victory. PAC 12 Champs!!

We flew back to LA and drove back to San Diego. 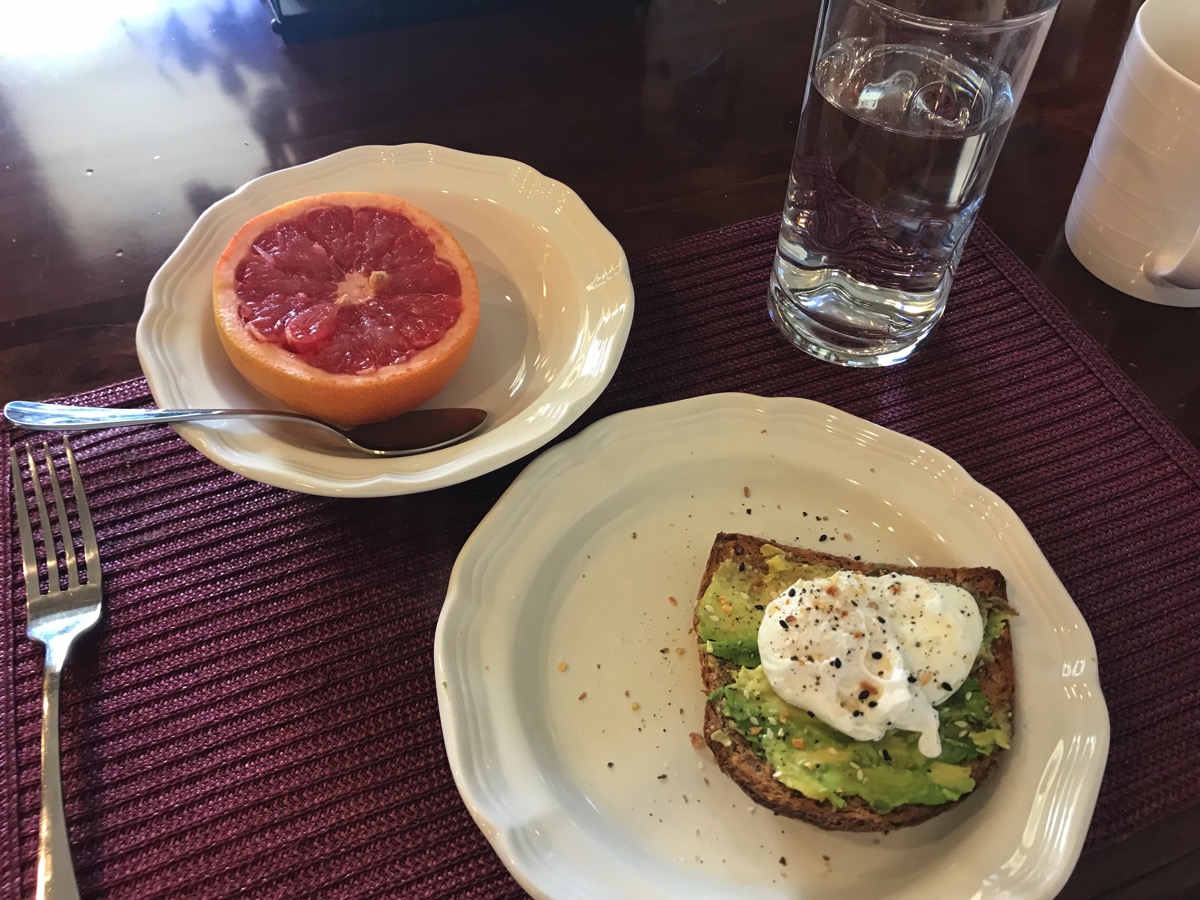 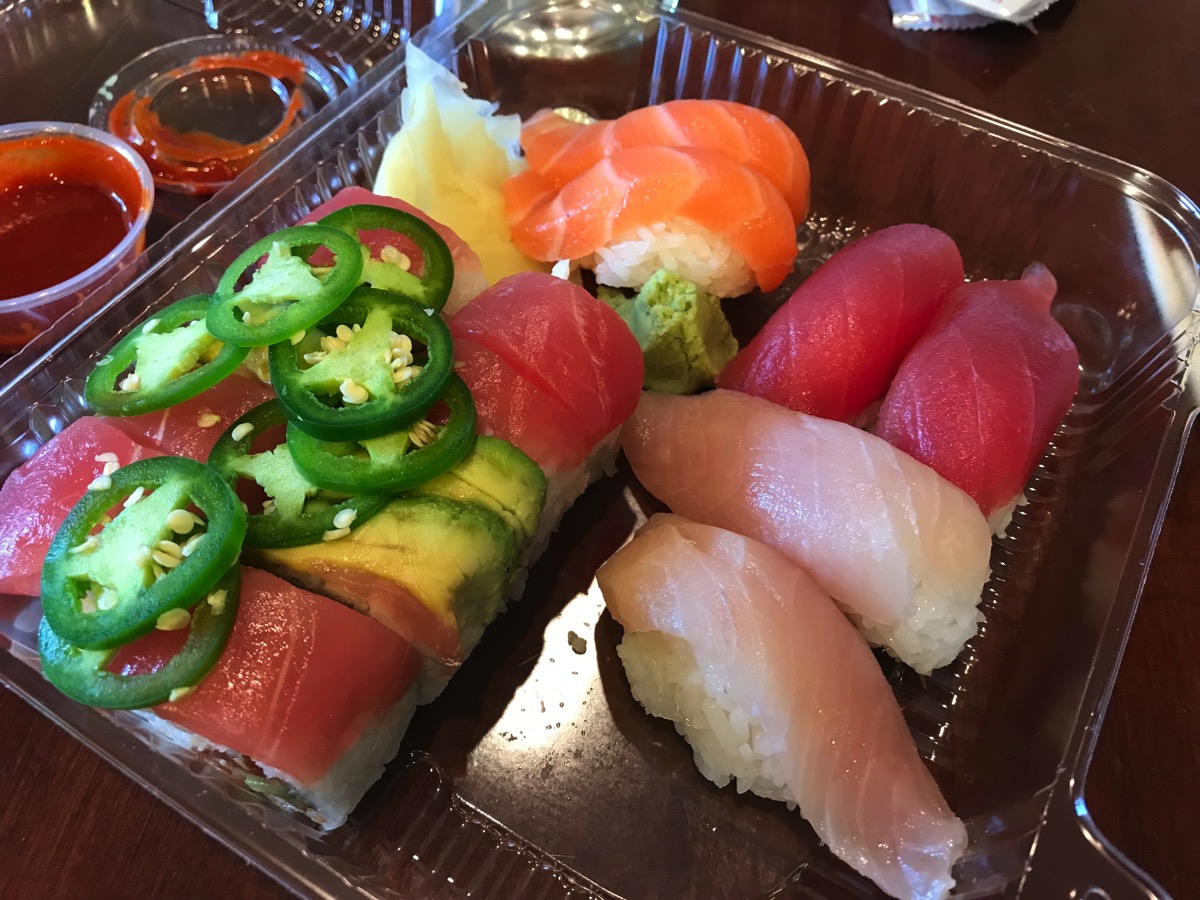 Our friend Marc came over to teach and help my husband get started with the Zone Diet program. He wanted to loose a few pounds and eat healthier. I figured I’d give it a listen to see if I could learn something. It was actually quite interesting and I decided to give it a try!

We went to Del Mar Rendezvous for Chinese that night. I ordered the Chef’s Shrimp Sauté (shrimp sautéed with broccoli, carrots, baby corn and snow peas in a Shao Xing garlic sauce): 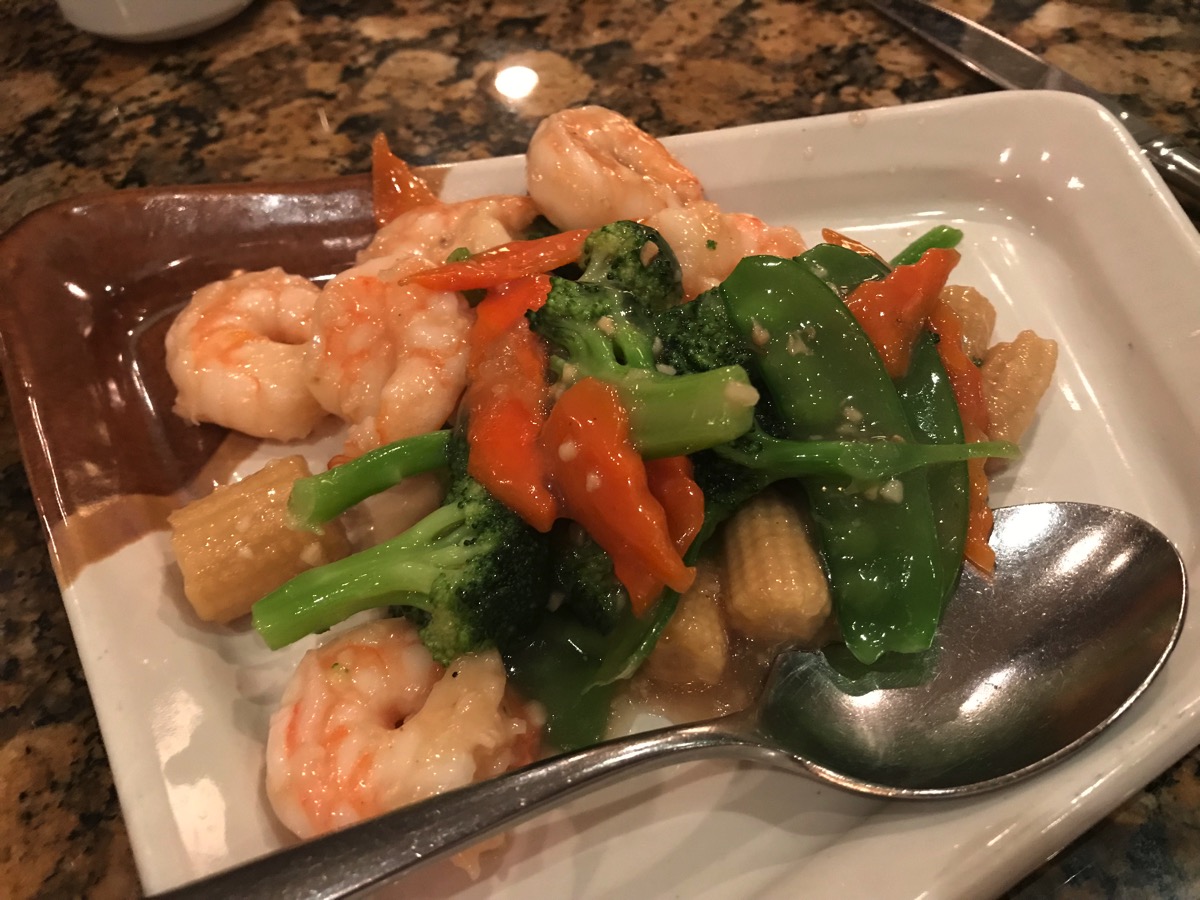 I also had brown rice and was perfectly in the zone! ;)

Sunday morning I woke up late and had a Square Organics bar that Marc recommended. I had to drop by son off at Bar Mitzvah tutoring so I didn’t have time for my breakfast until I got back. 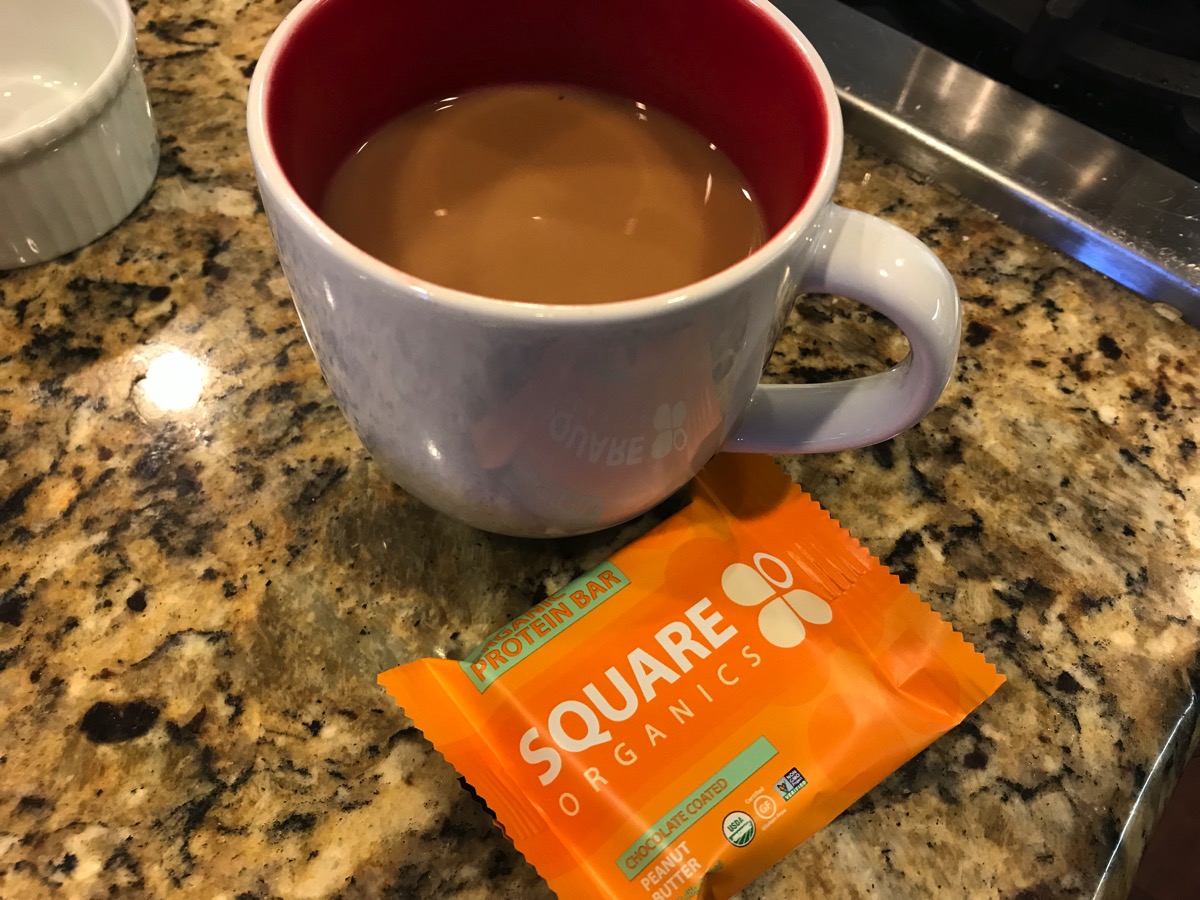 Marc told me that I’m not eating enough protein at breakfast so I added an extra egg. Hurray! 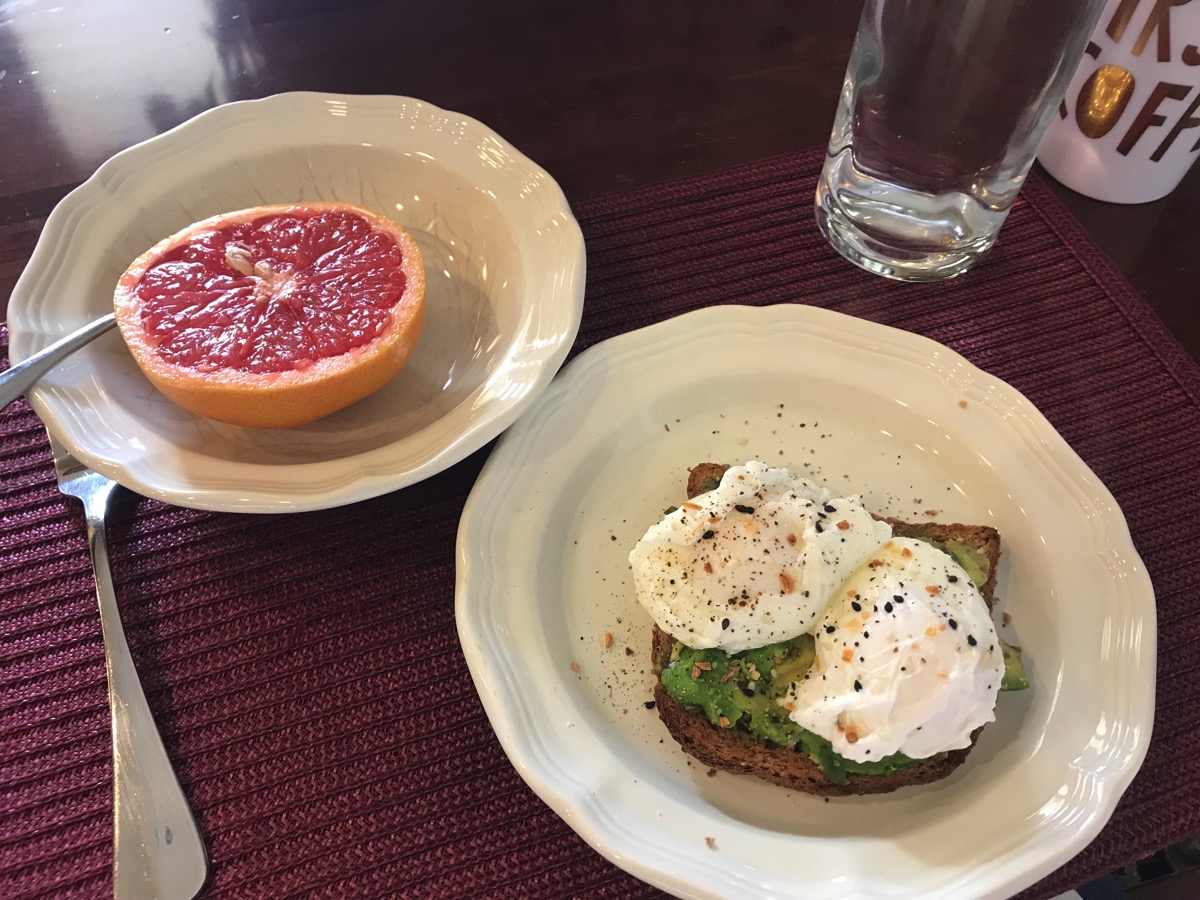 My husband and son went to LA for the Chargers/Browns game and the Lakers/Rockets game so my daughter and I spent the day together. We did some shopping at the UTC mall. Lunch was Tender Greens. 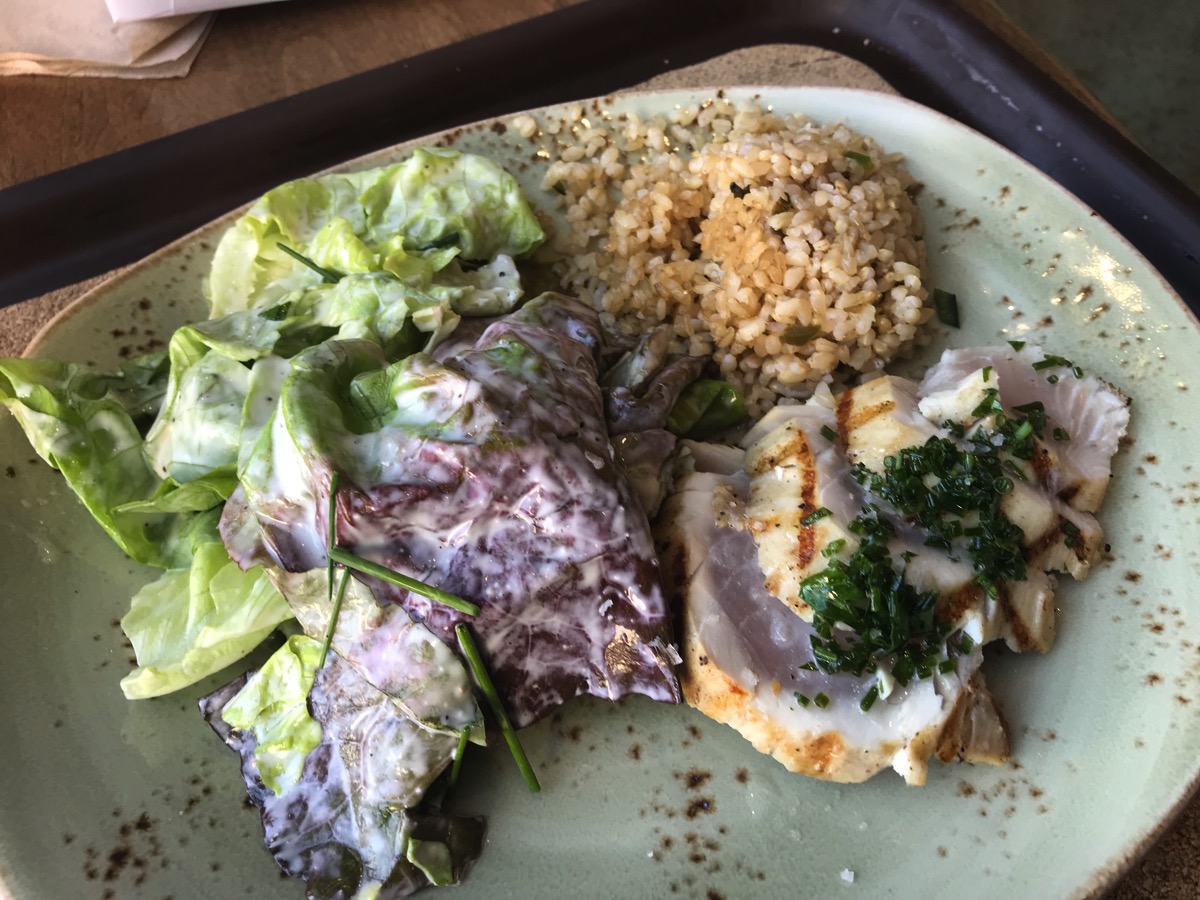 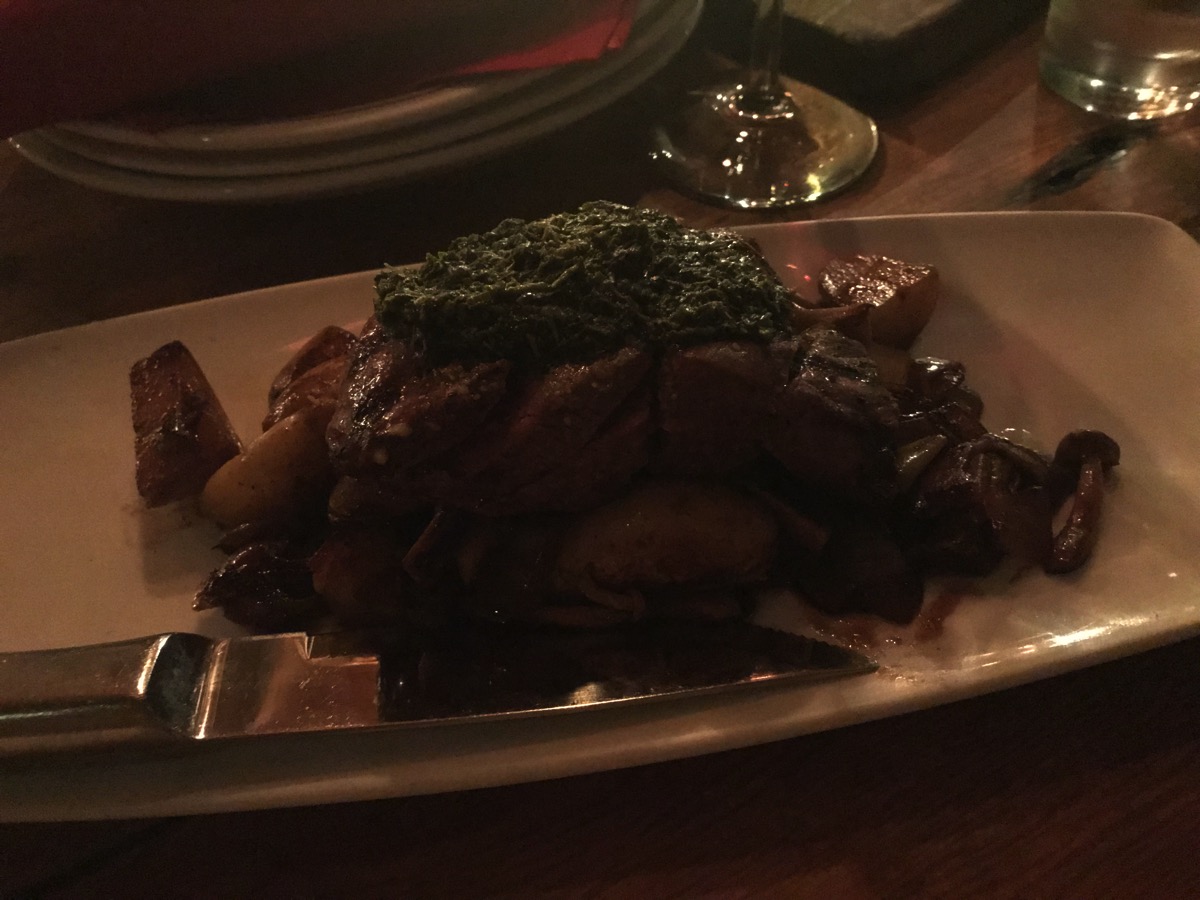 Trying to be a good zone follower, I brought half of it home for later. 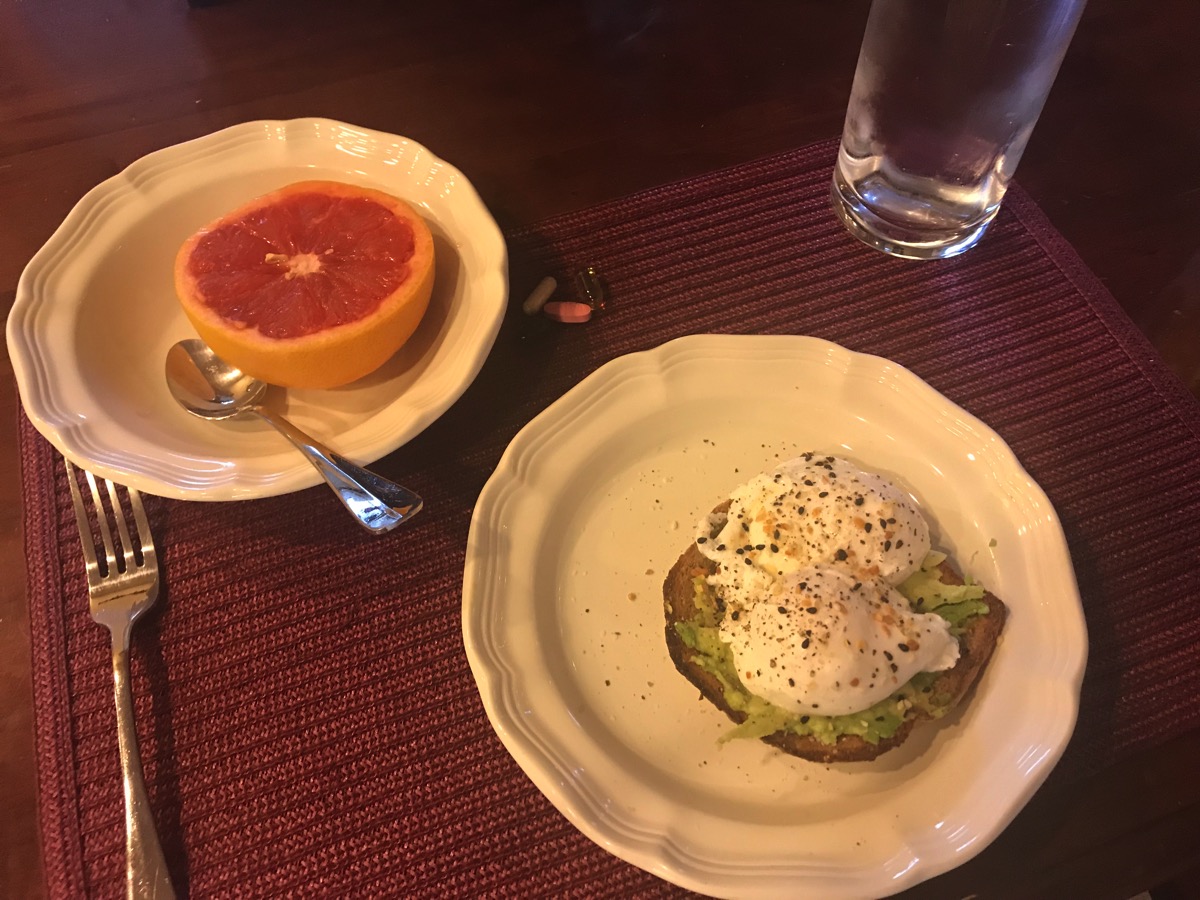 I dropped the kids off at school, then met my trainer at the gym. Another tough workout!

I ate a bar while driving to an appointment. I came home for a bit then met a friend at Ototo for lunch.

I had some sashimi and a roll: 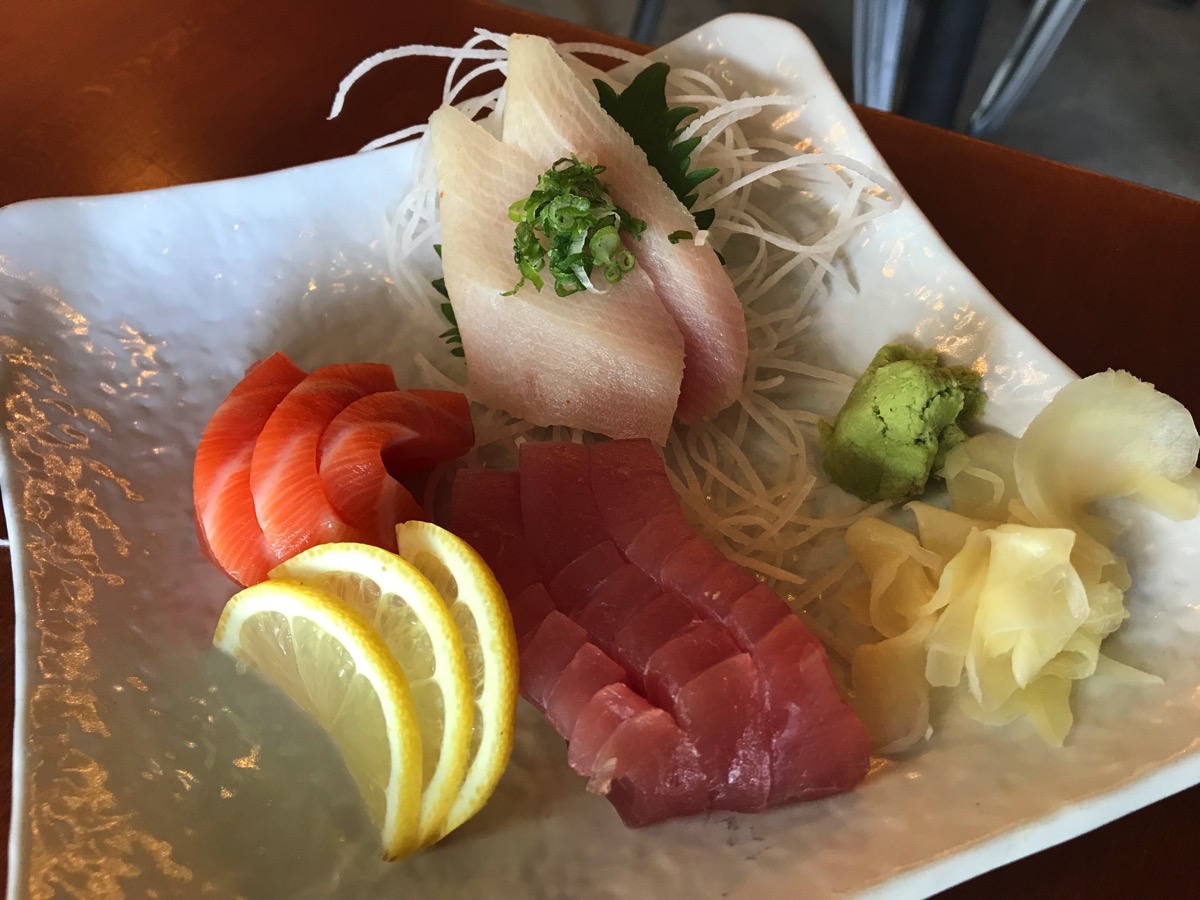 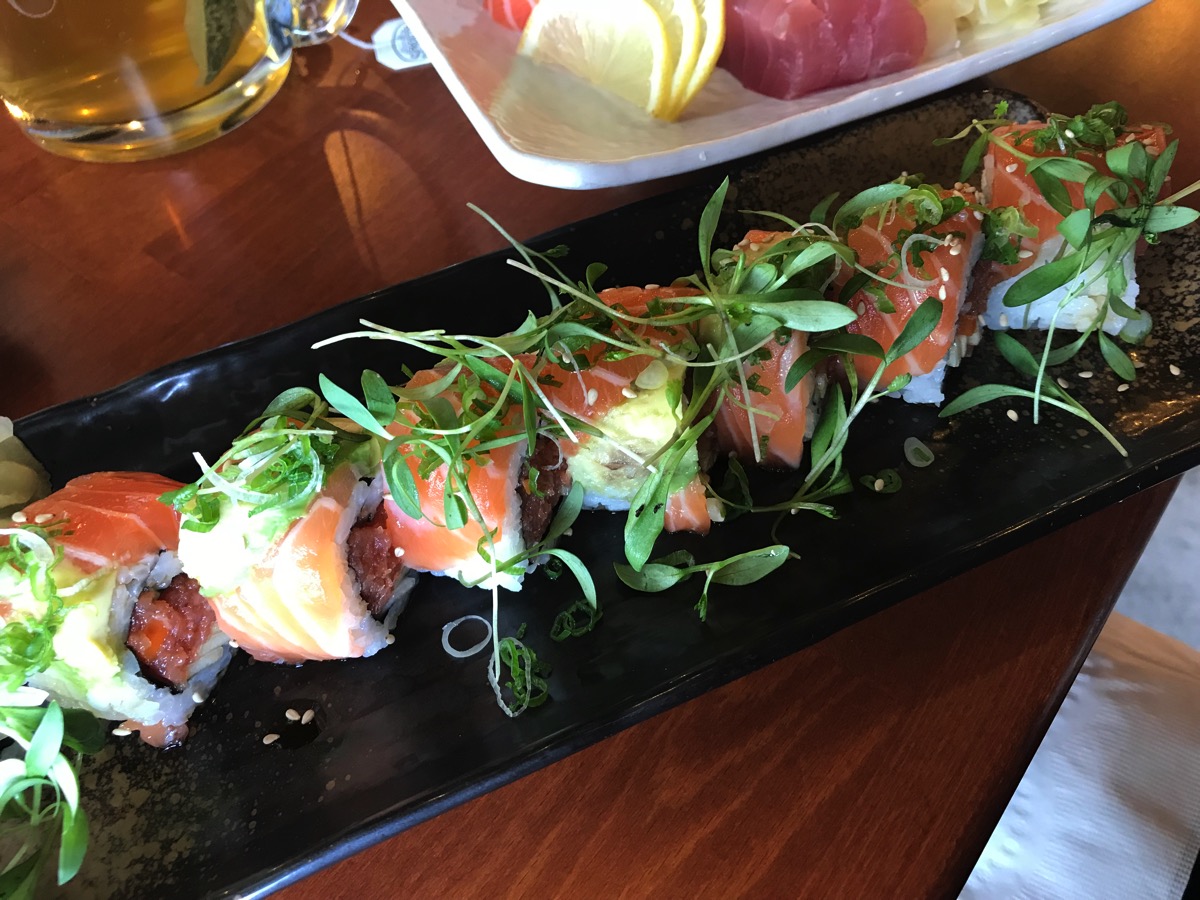 I ate about half and ate the rest later in the afternoon.

My feelings on the Zone so far: I never feel hungry which is awesome. It’s hard to sometimes eat the smaller portions because I’m used to eating three square meals a day instead of the more mini-like meals I’m eating now. Even though I was up late last night, I didn’t feel super tired today. All in all, I feel good so that’s a win! We will see how this goes. It feels kind of like a game!