I might be obsessed with this Skinnytaste Cookbook. On Thursday night I made the recipe for Skinny Chicken Parmesan. It was outstanding. It was baked in the oven, not fried but you wouldn’t know the difference. Winner, winner, chicken dinner! 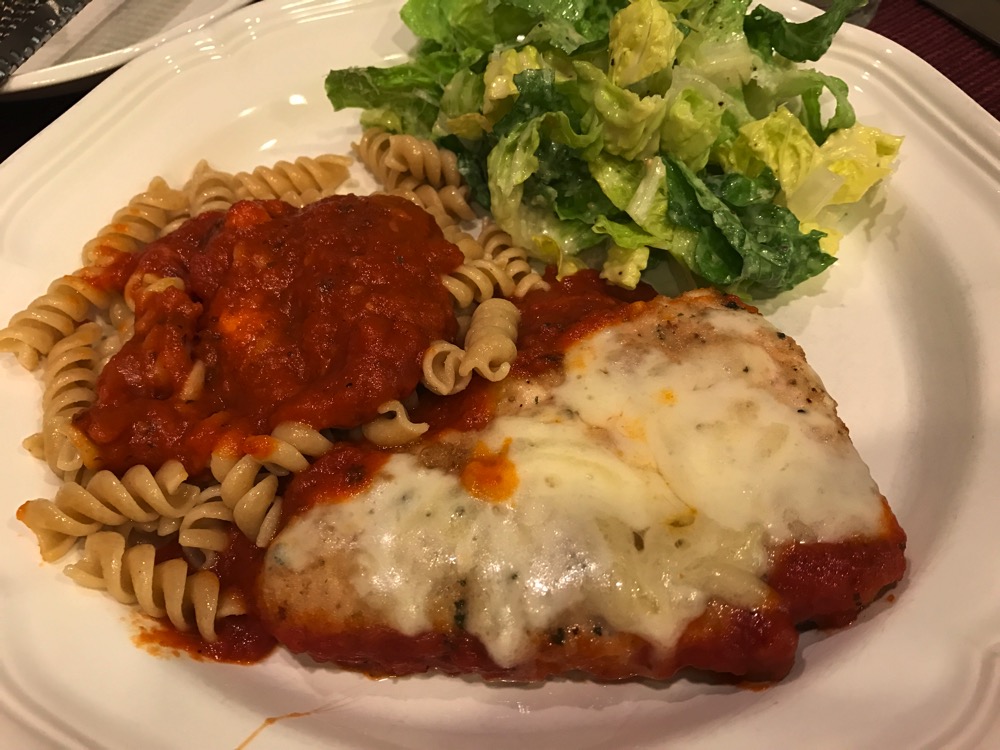 2. Slice the chicken breasts in half horizontally to make 6 cutlets. Season both sides with salt.

4. Bake until golden on the bottom, about 20 minutes. Turn the chicken over and bake until the center is cooked through and the bottom is golden, 5 to 6 minutes.

5. Meanwhile, in a large, deep covered skillet, cook the marinara sauce over medium heat until heated through, 2 to 3 minutes.

6. Place the baked chicken in the skillet and top each piece with 1 1/2 tablespoons of the mozzarella. Cover the pan and cook until the cheese melts, 3 to 4 minutes. Serve hot. 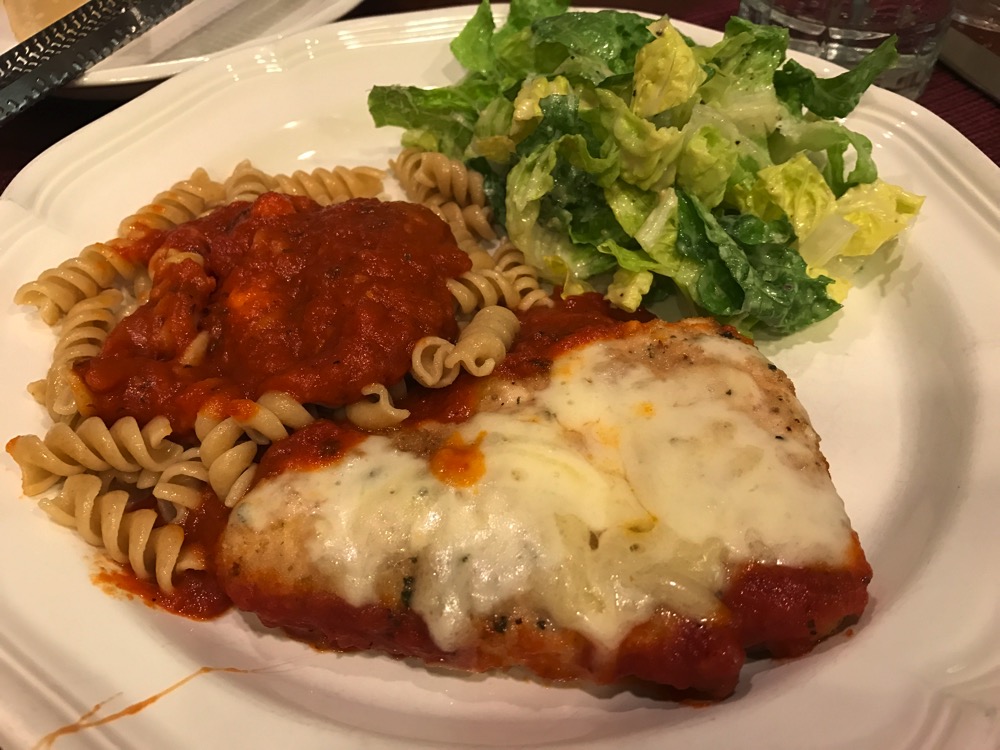 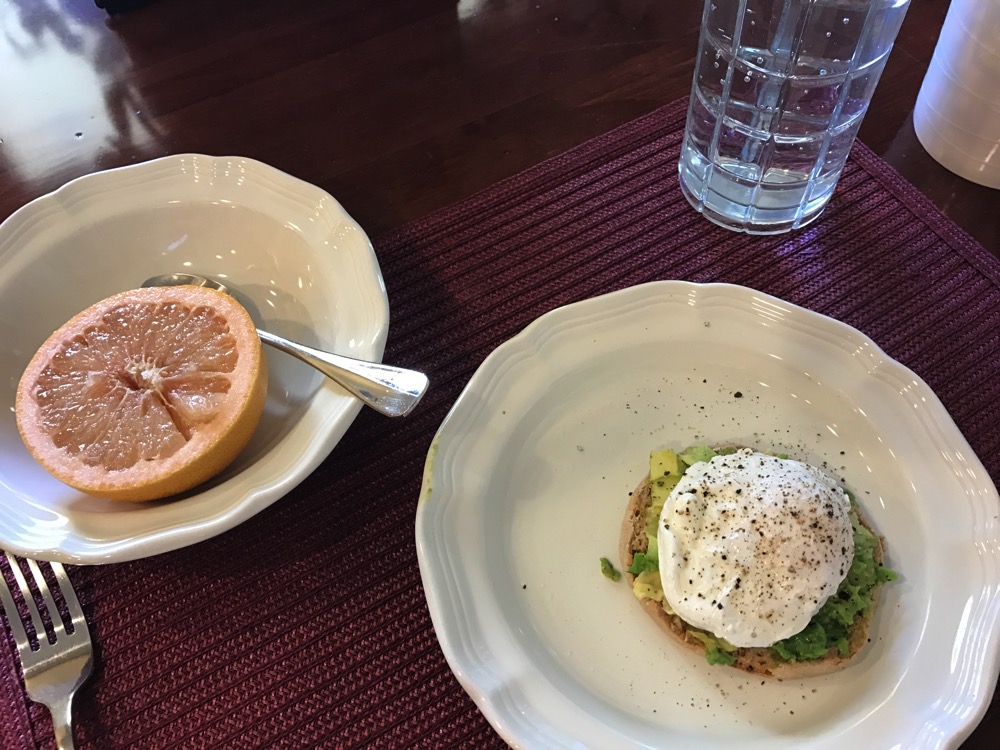 I got dressed and packed up and we hit the road for Los Angeles.  I had some almonds along the way. 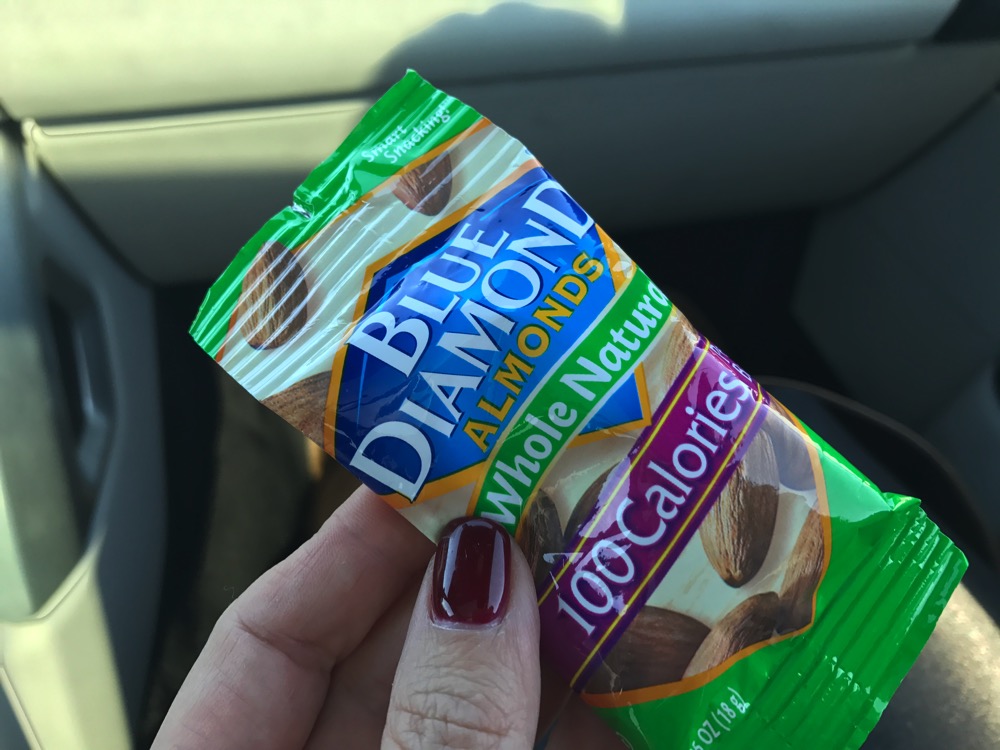 We arrived at LAX, met my two brothers in law and boarded our flight to Seattle. On the plane I had a salad.

We arrived and checked into The Park Hyatt, changed and met the group we were with at dinner at Daniel’s Broiler. There was a set menu that started off with a Caesar salad which was quite good. 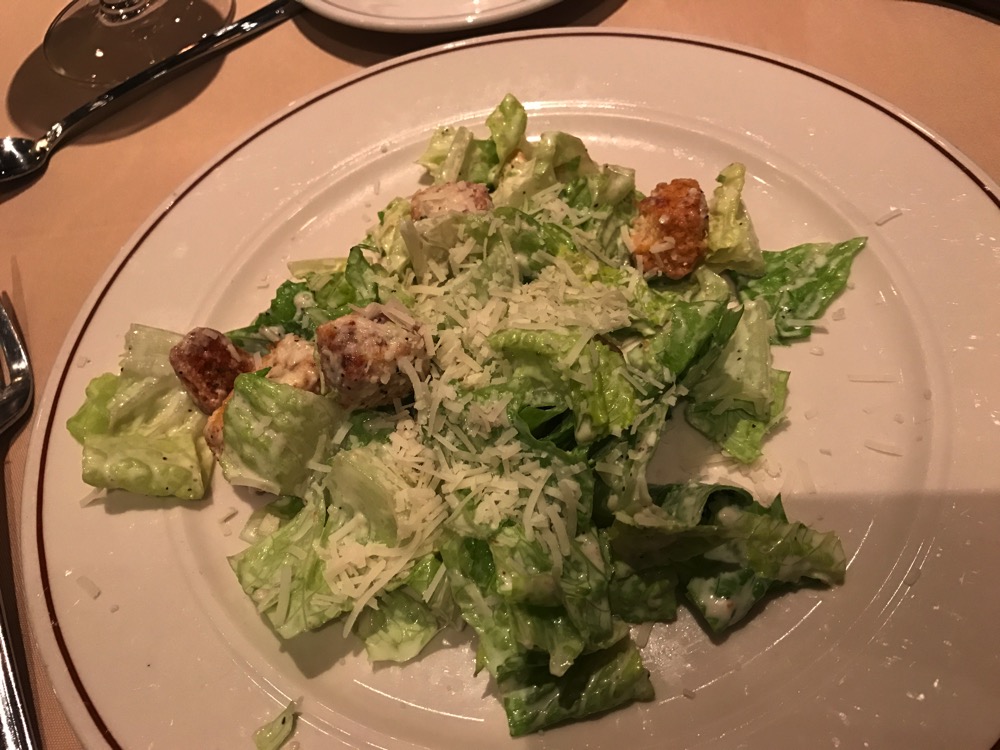 There was a choice of salmon or ribeye for dinner and I went with the salmon. 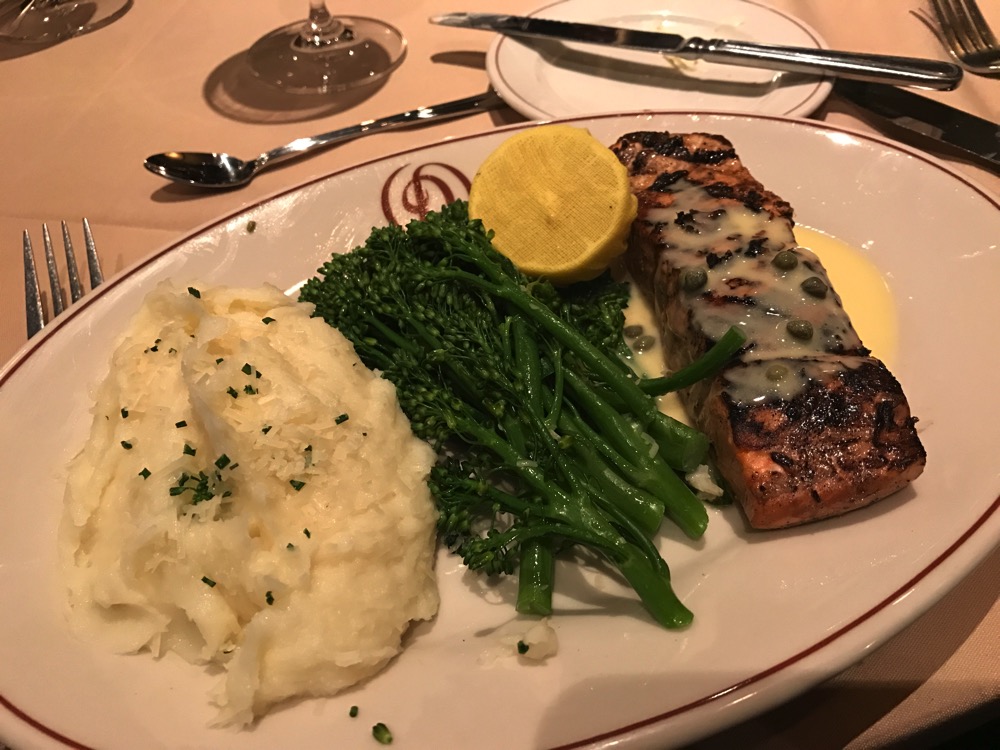 Too bad it wasn’t very good. The salmon was dry.

Dessert was yummy though! 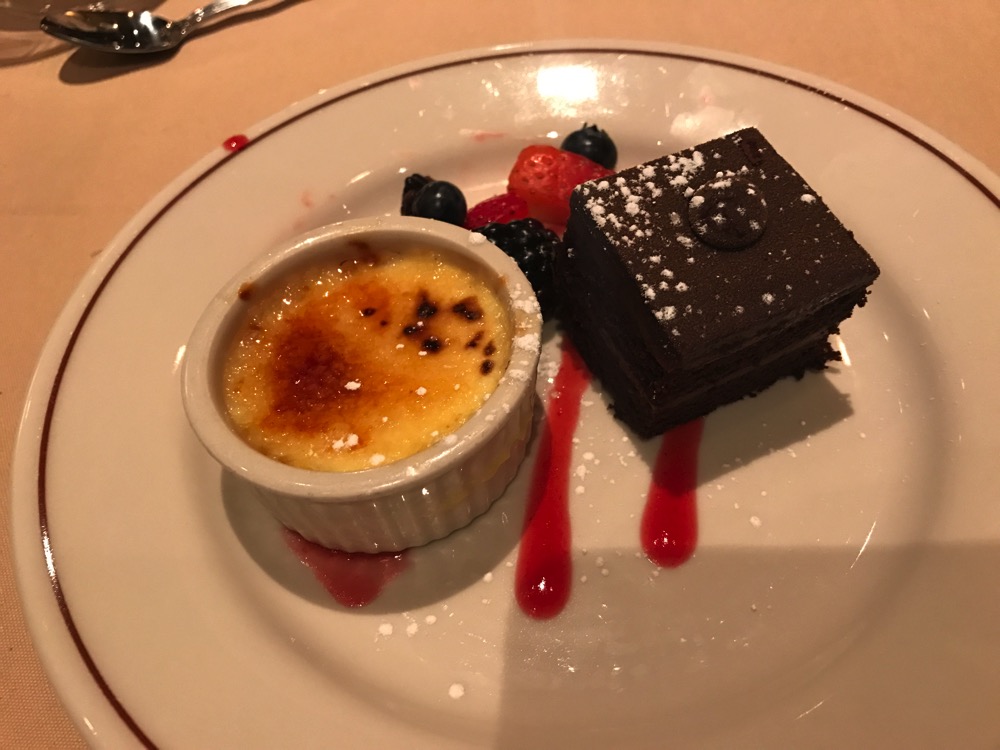 After dinner we went to bed.

Saturday morning, I got up and ate a That’s It bar before heading to the hotel gym for a workout. 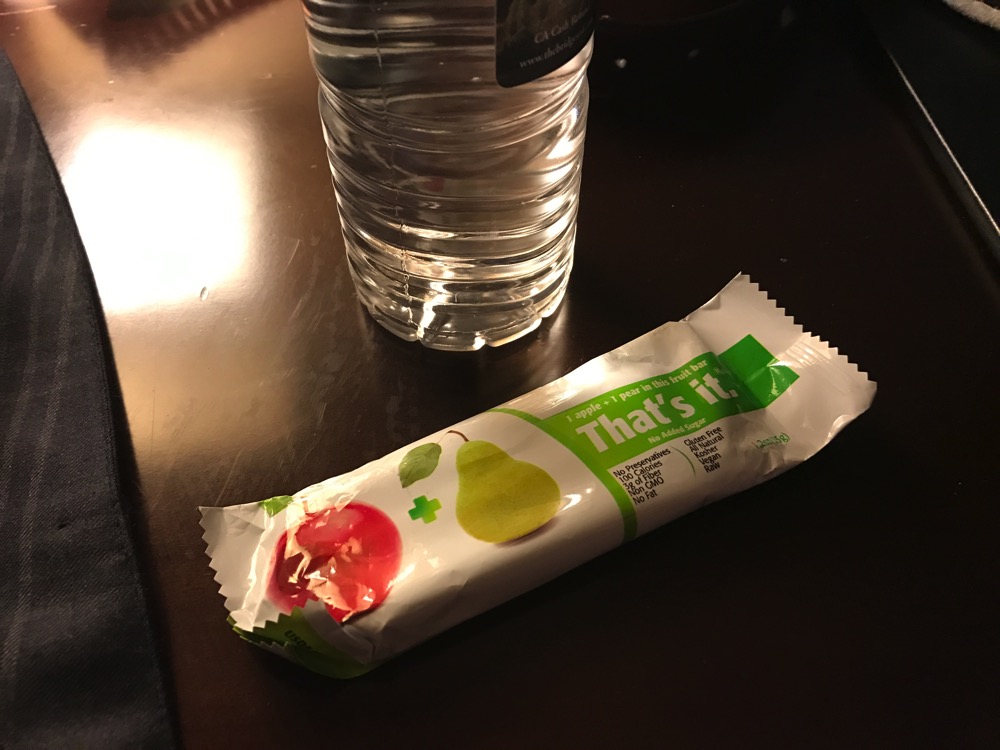 Later on that morning we went with some friends to breakfast at Hector’s in downtown Kirkland. I had an egg white omelet with spinach, onions, cheddar cheese, sliced tomatoes and wheat toast. 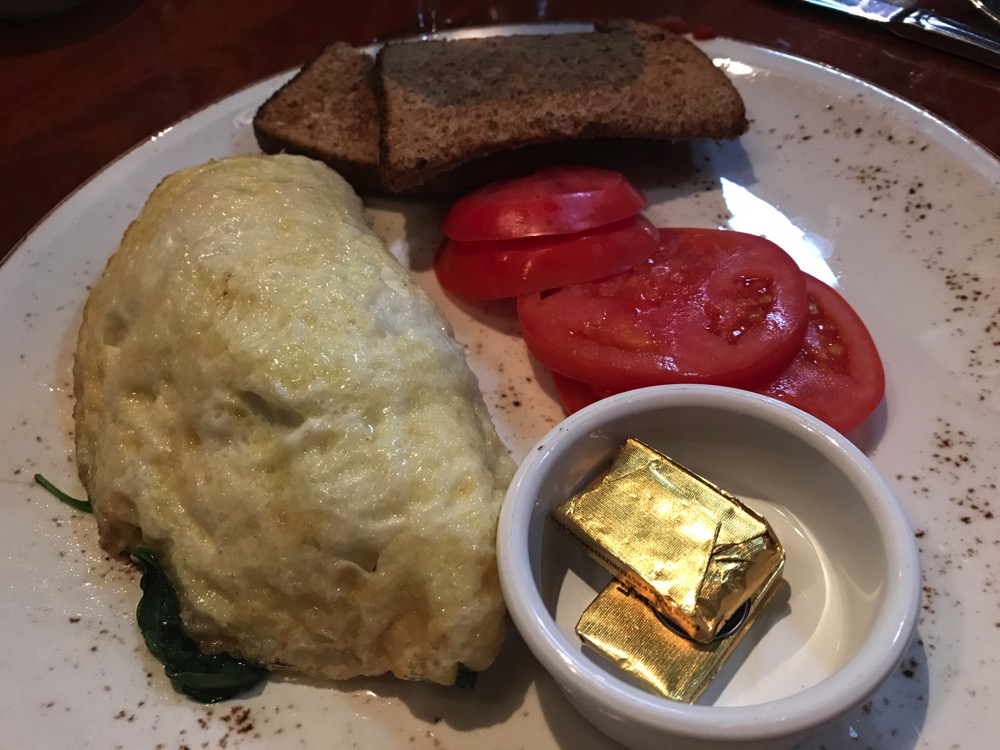 We came back to the hotel and met our group bus to head to Husky Stadium for the USC vs. Washington game. 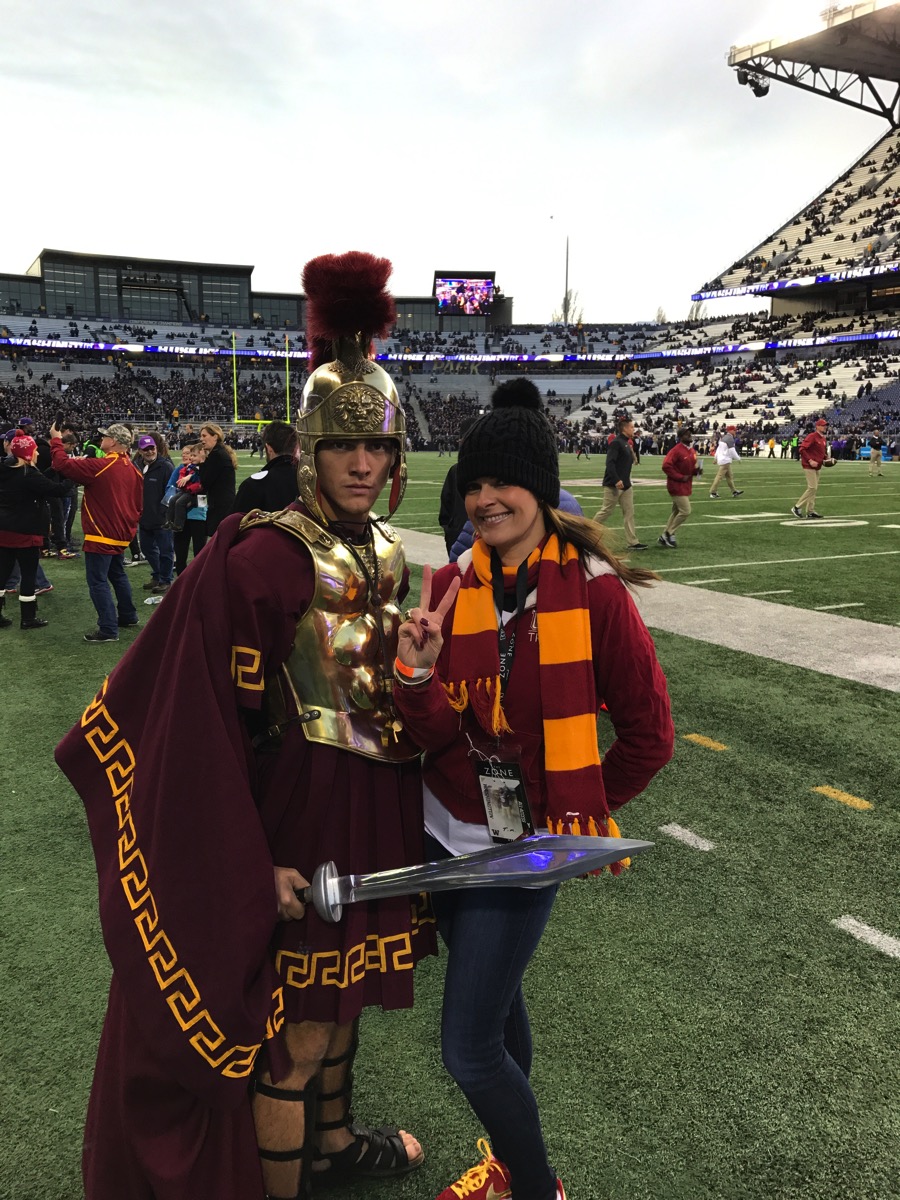 We got to be on the field for the game. Although it was really windy and freezing, we were pumped! 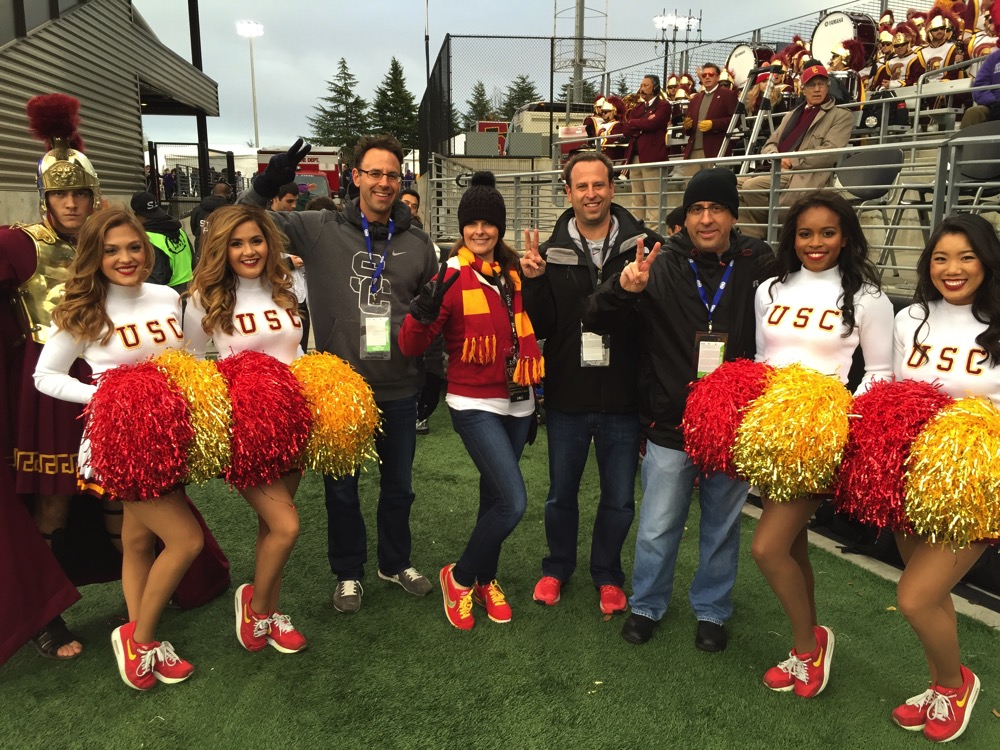 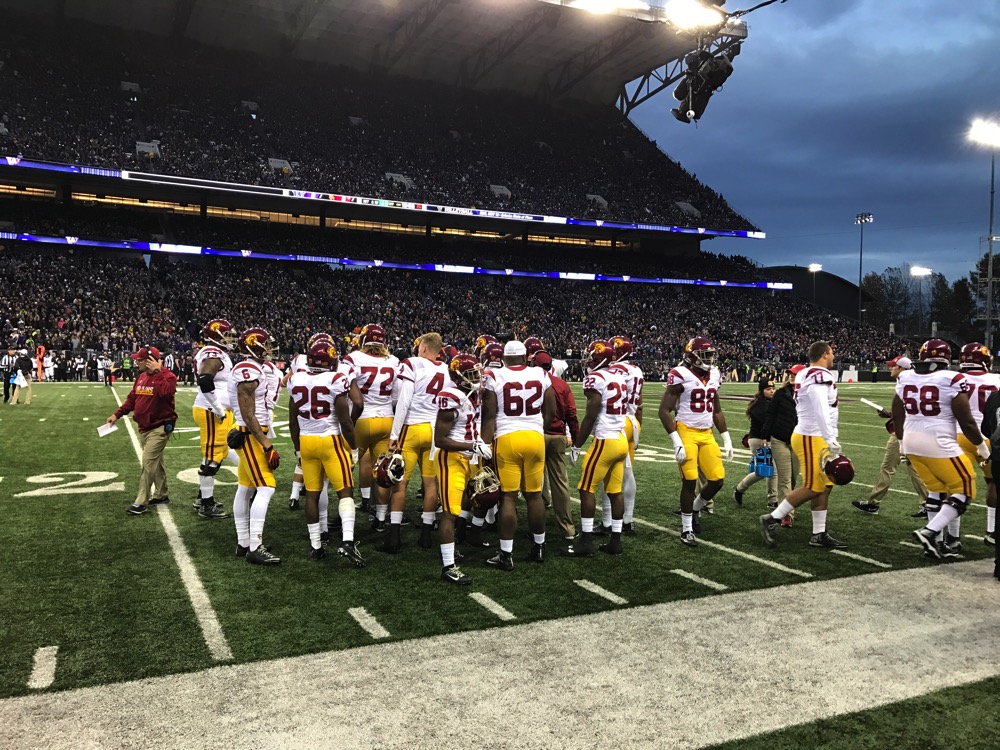 During halftime, I had some lukewarm clam chowder to try and warm up. Luckily the team’s bench was heated! 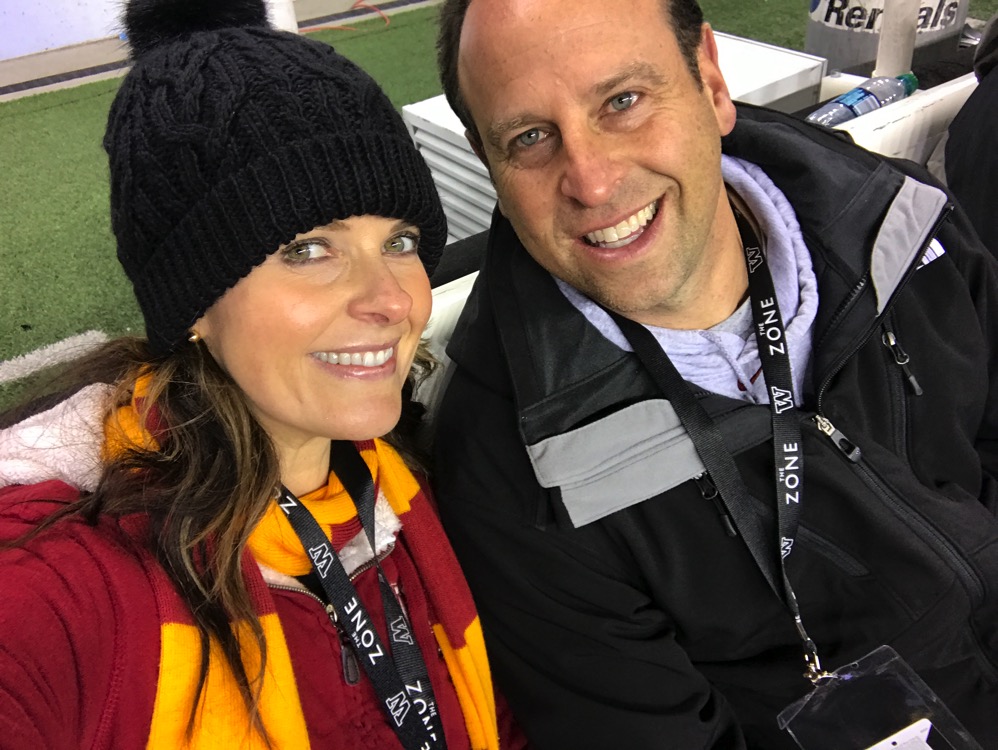 In some crazy twist of fate, USC beat the number five ranked team and won the game! The team and the USC fans went crazy! 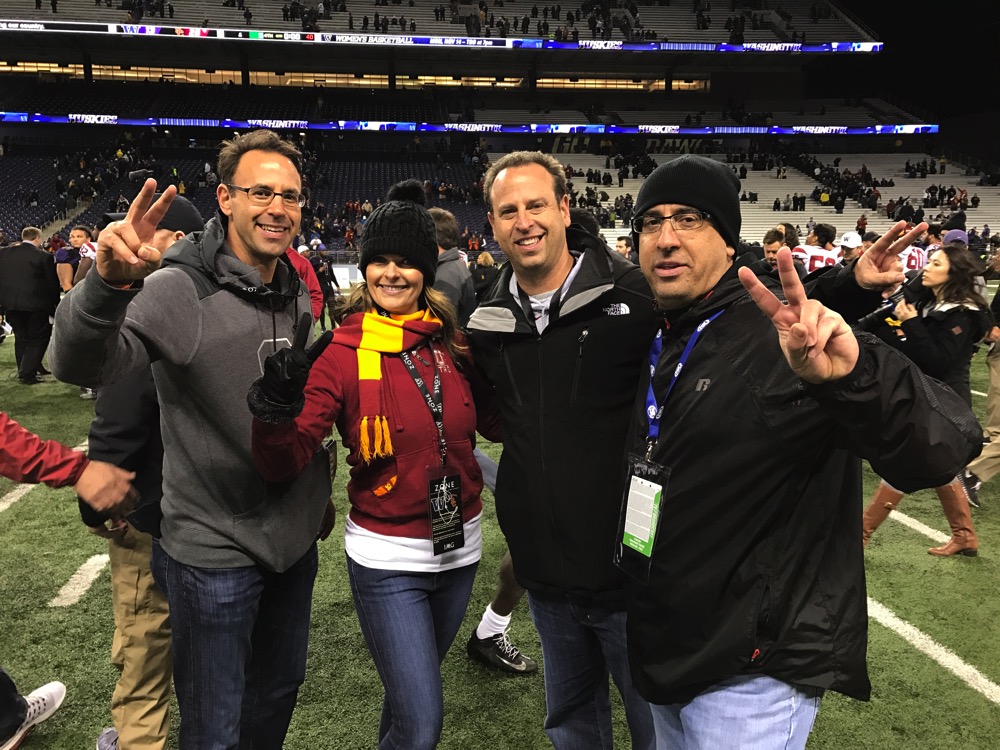 My husband, me and my two brothers in law. It was seriously the most amazing time ever! Fight on Trojans!

We boarded the bus after the game, headed to the airport and flew back to Los Angeles. Then it was the two hour car ride back to San Diego, arriving around 3:00AM. Ouch.

We were up bring and early to head over to my sister in law’s house for breakfast. I couldn’t wait until I got there so I had a Kind bar to hold me over. 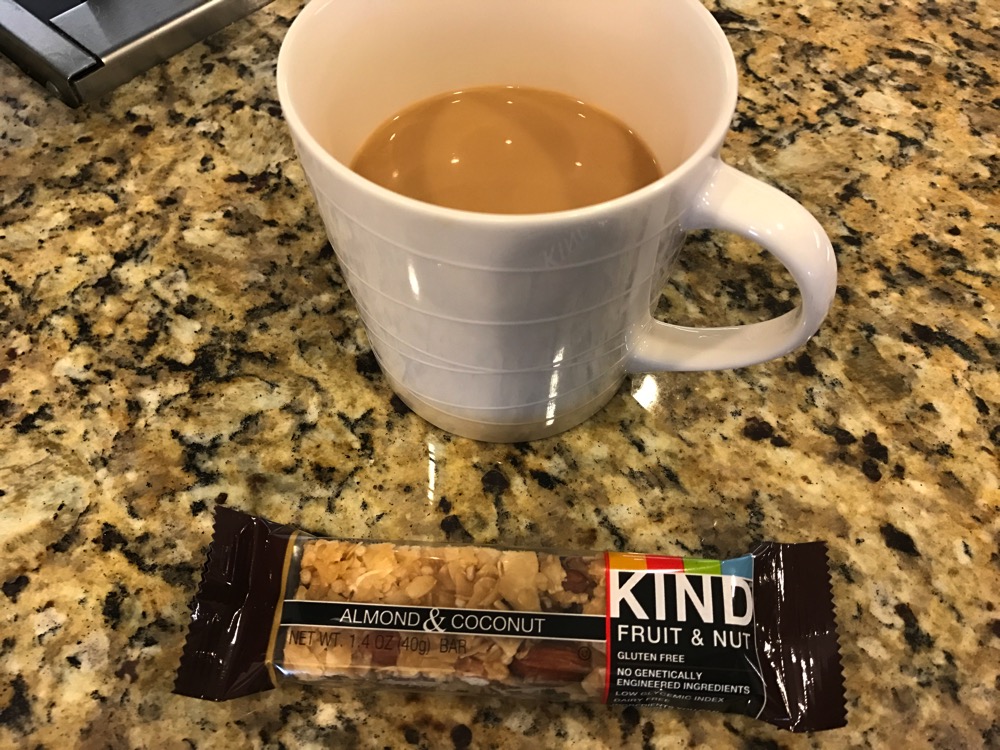 My sister in law made delicious veggie omelets. 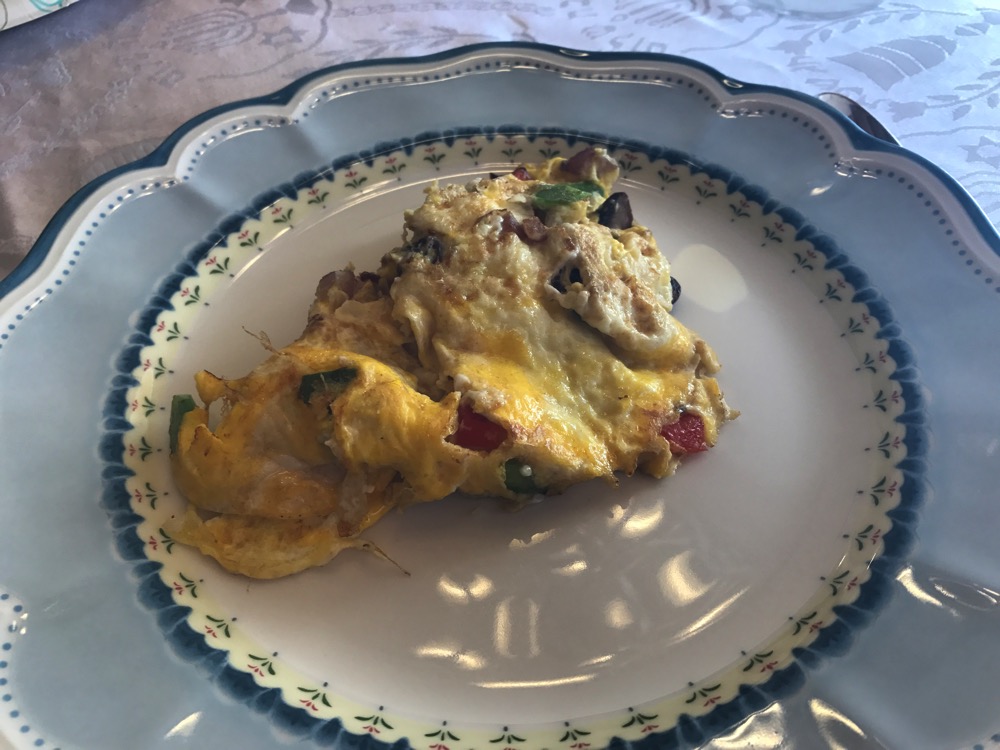 I added a bunch of guacamole to mine after this picture was taken. Yum!

We then headed to the Chargers game. Sadly, there wasn’t two wins for us. The Dolphins beat the Chargers. Can’t win em all!

Dinner was a winner though. Burger Night! 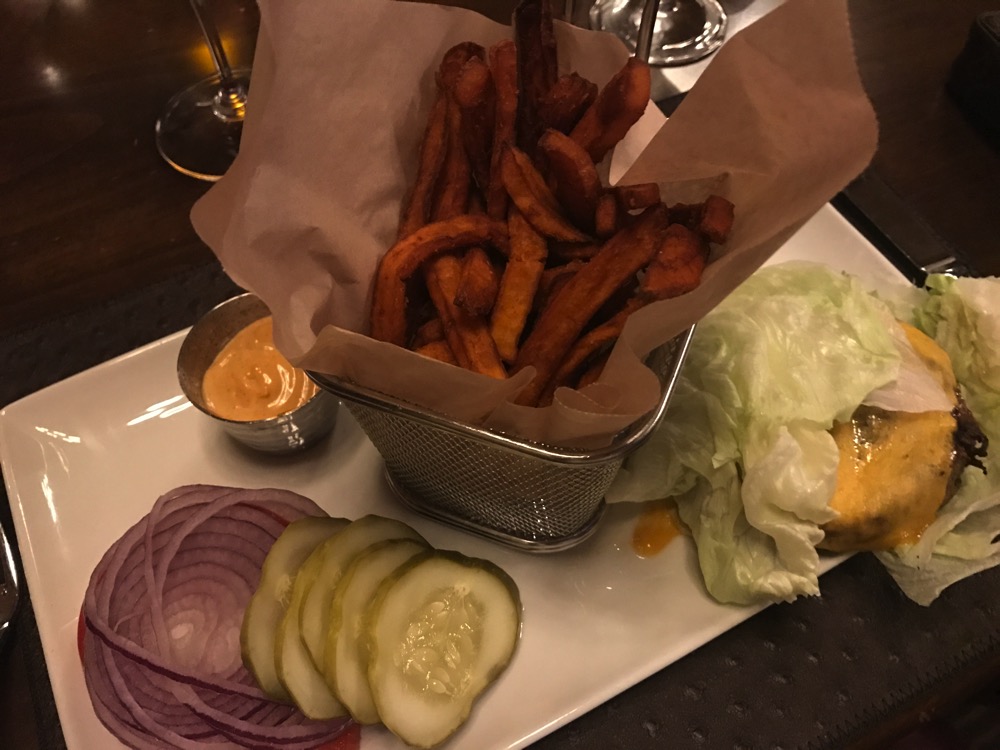 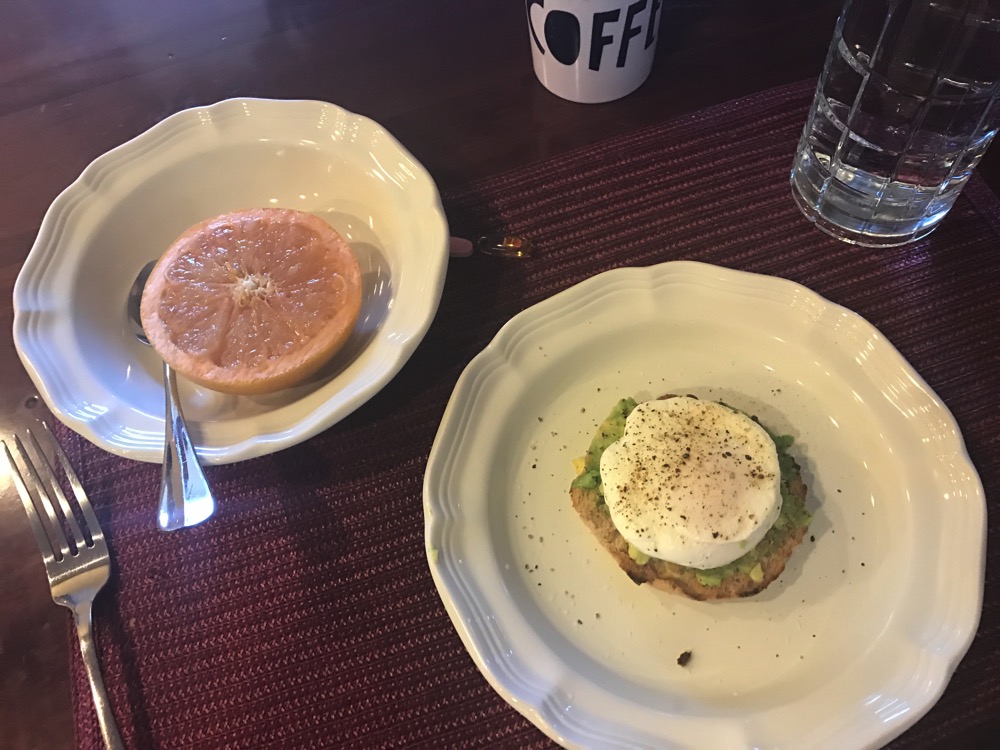 I took the kids to school, then went to the gym.

I went to The Lot in La Jolla for breakfast number two/lunch to celebrate my friend Perla’s birthday. 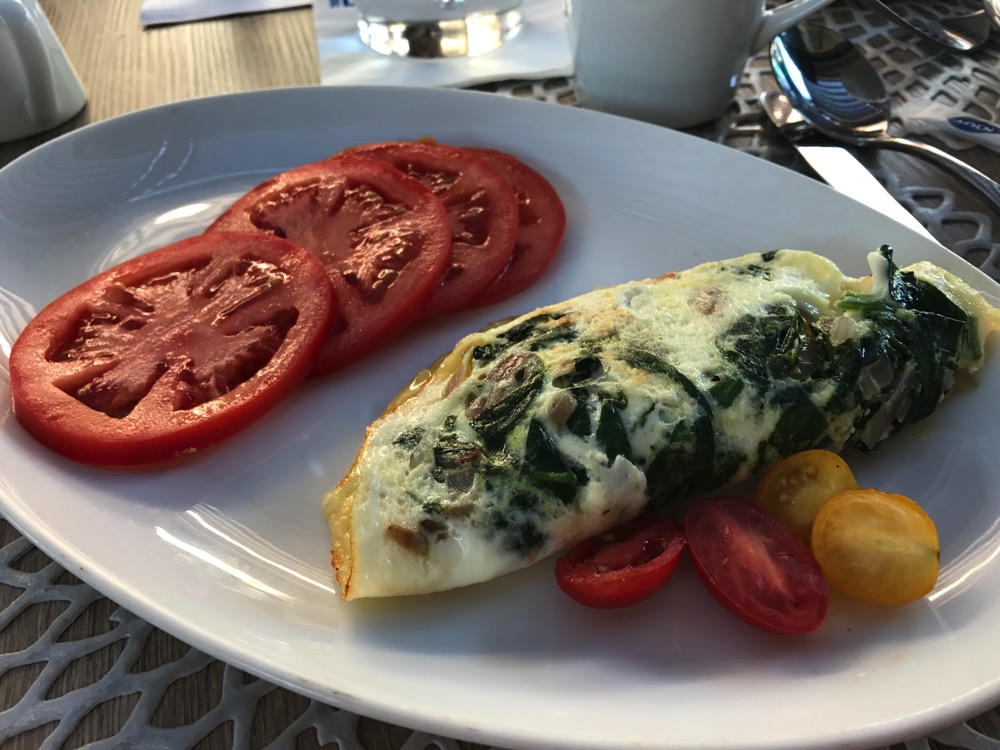 I had an egg white omelet with spinach, onions, cheddar cheese and sliced tomatoes. My favorite combination.

My friend Karin made the most beautiful spicy chocolate cake for Perla’s birthday! 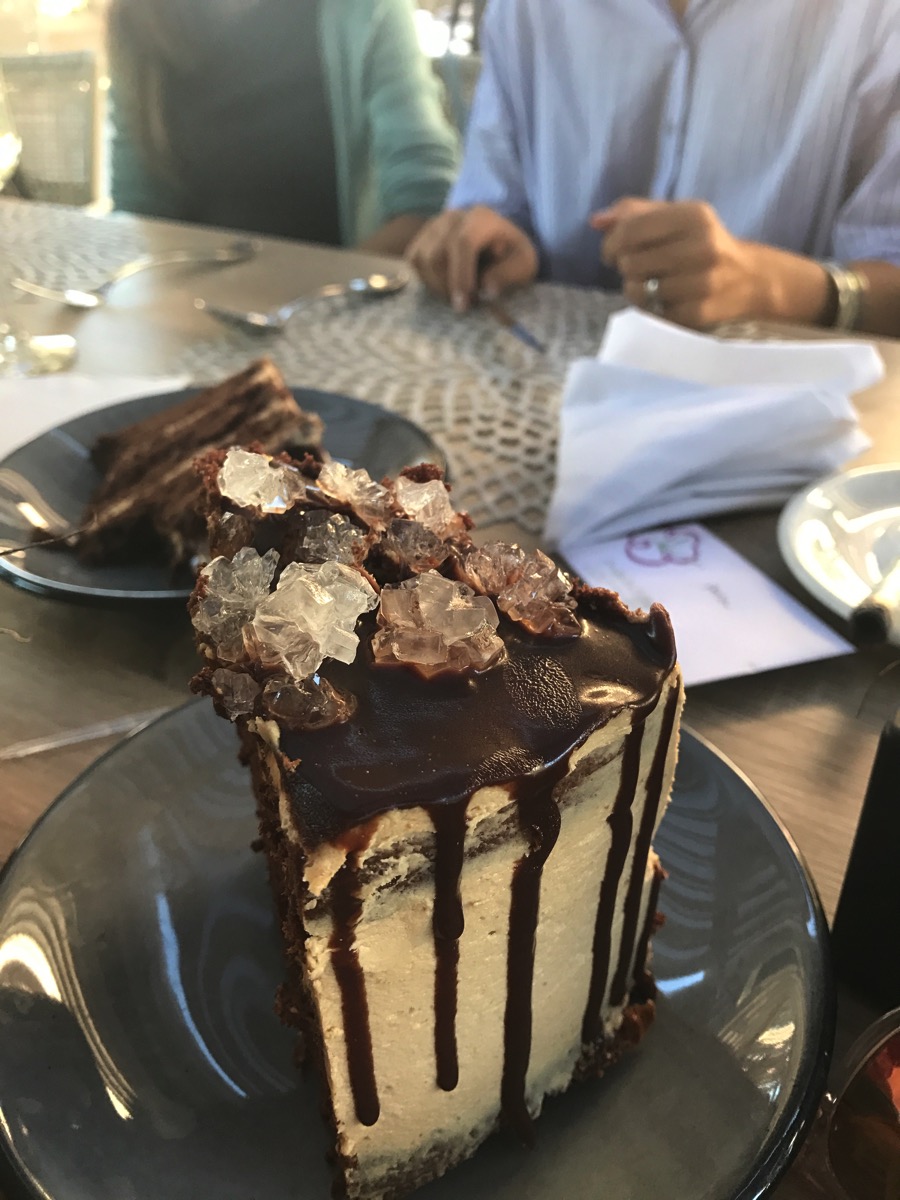 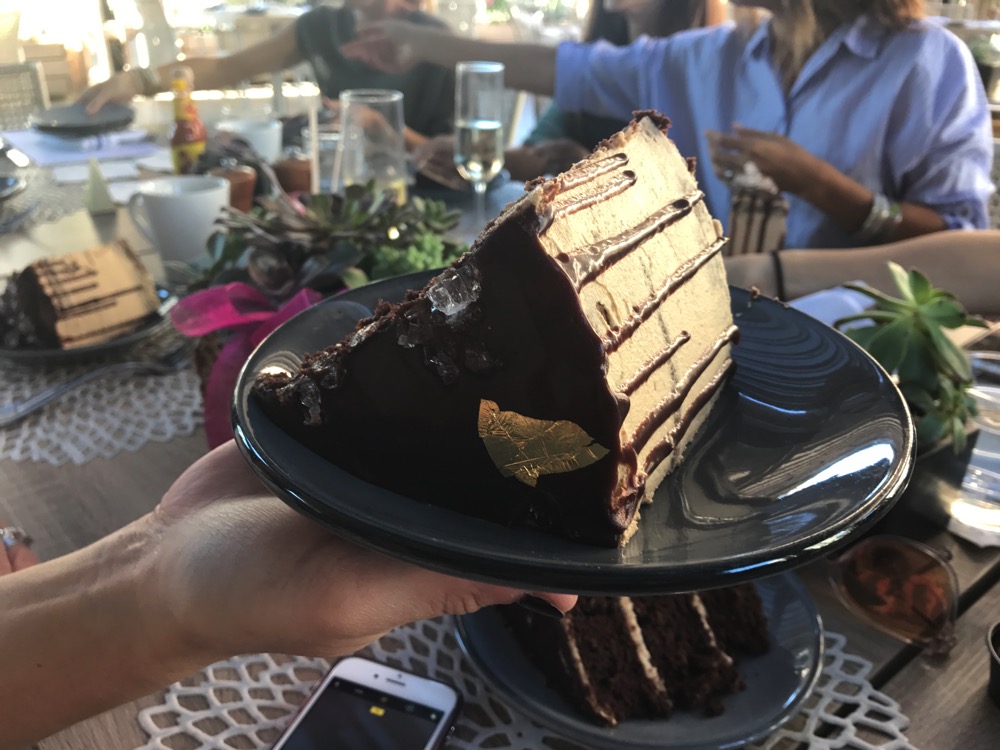 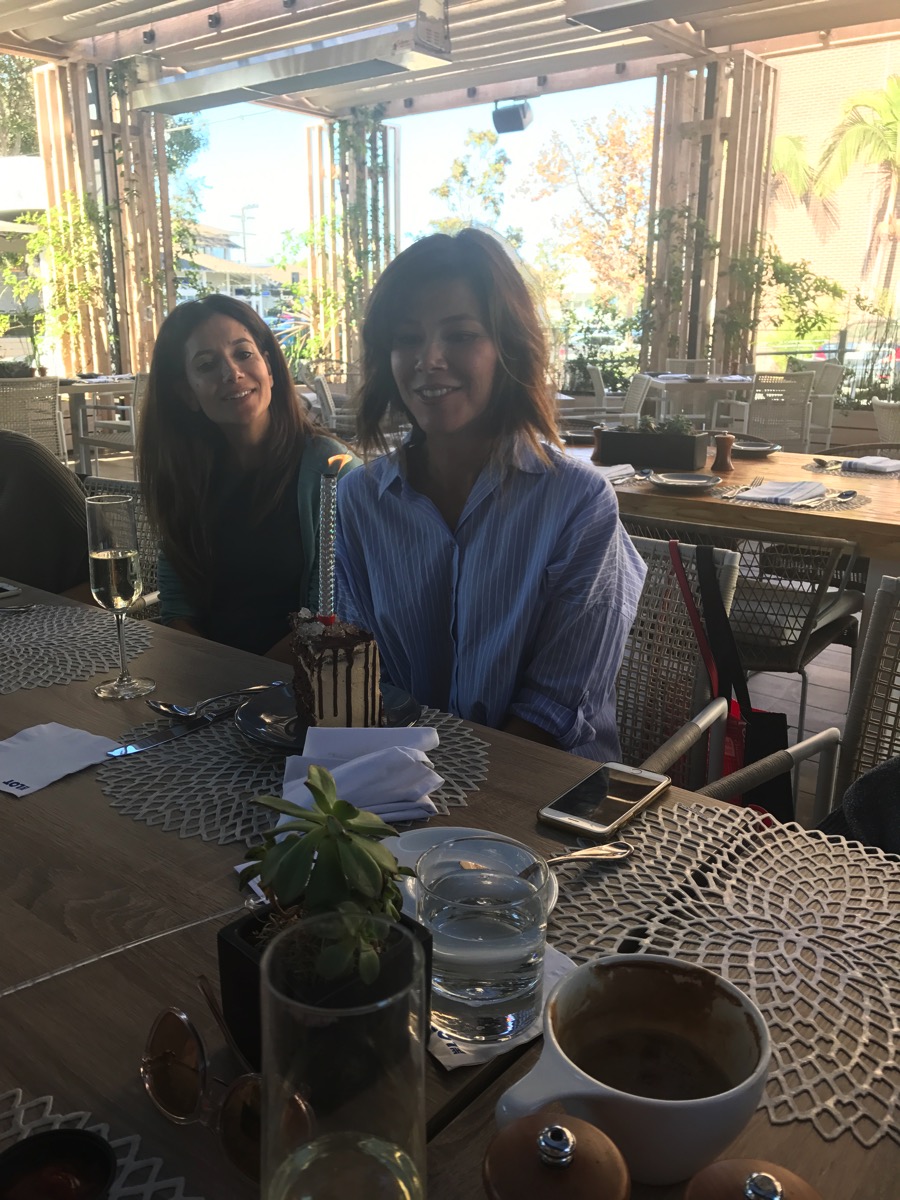 I definitely couldn’t resist trying it. It was fabulous! I wish I could make beautiful cakes like that!  Anyhow, happy birthday Perla!!

I got a car wash and brought the kids home from school. I met some friends last night for dinner at Crudo. 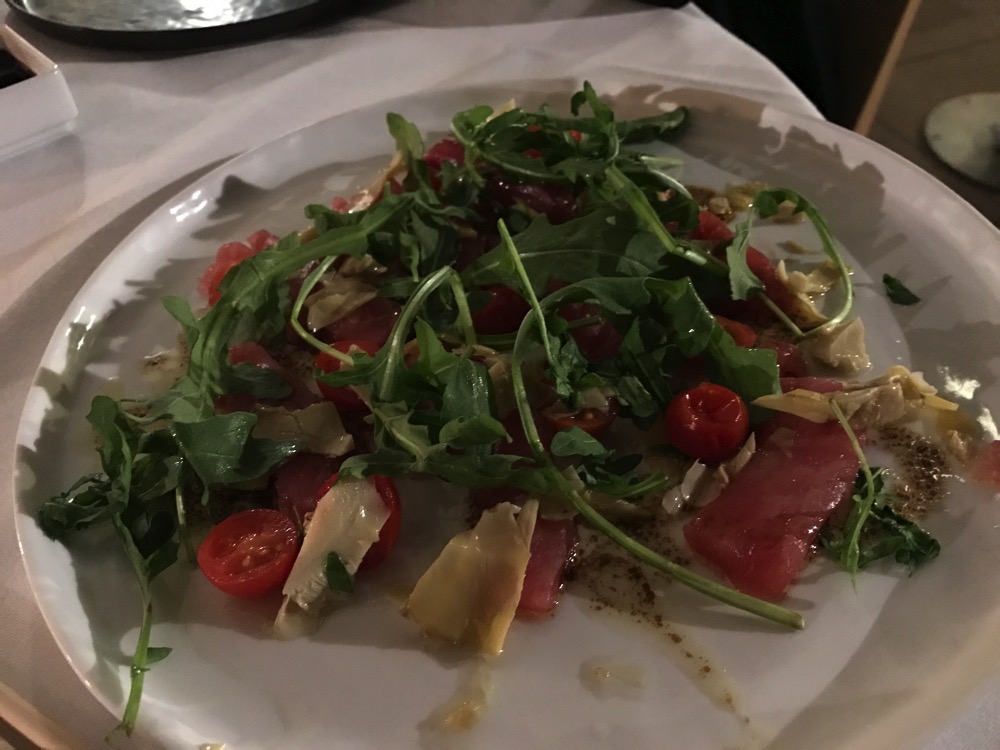 It was good! What was ever better was the Beef Tartar (Dijon mustard, fig tapenade, shallot, caper berries) 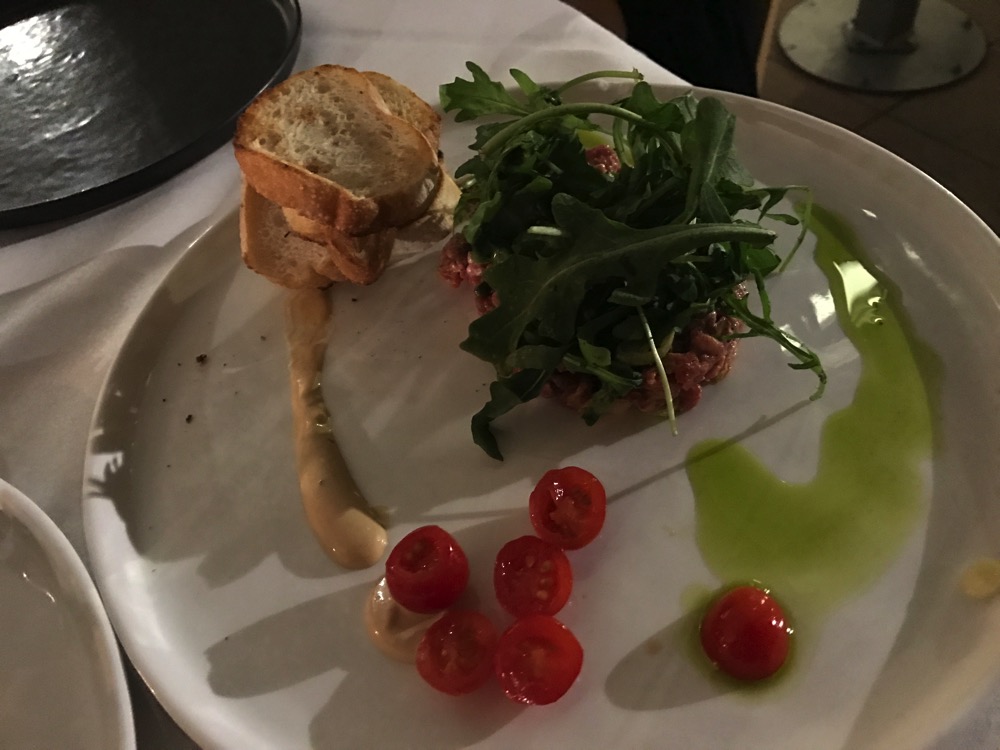 For my entree I ordered the Chilean Sea Bass with a Coconut Curry: 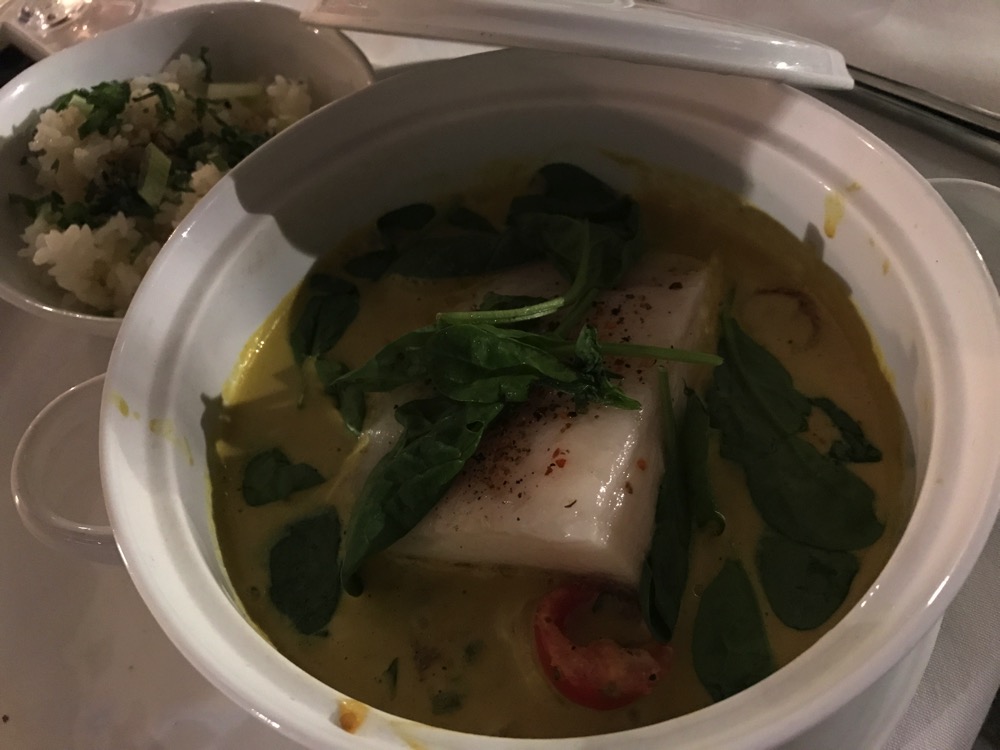 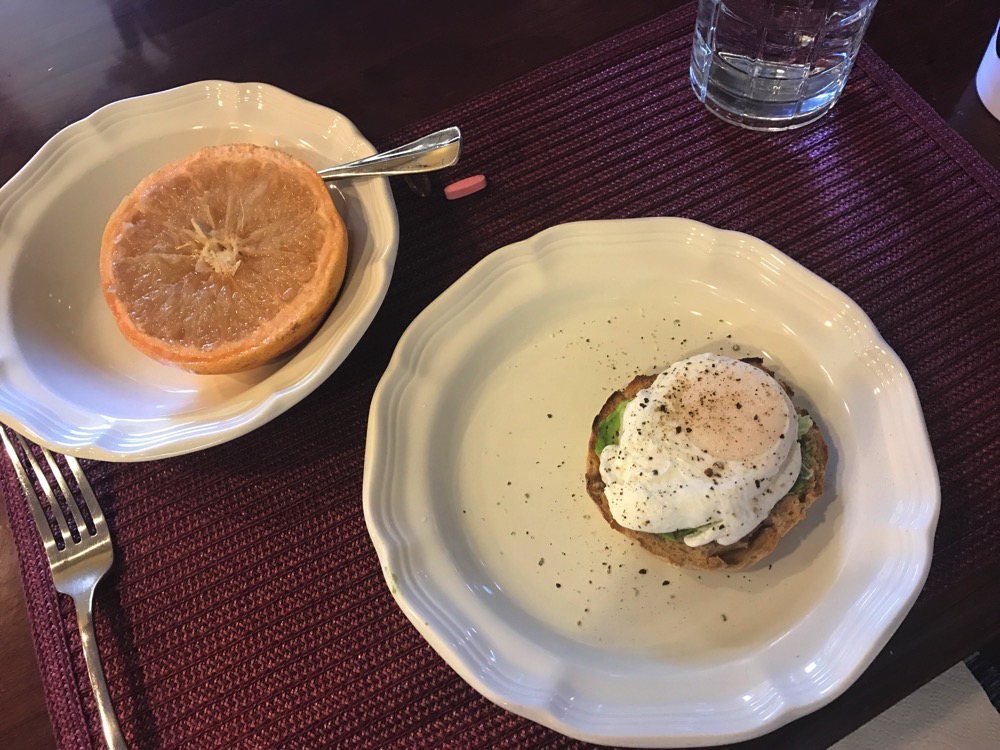 I took the kids to school, then ran outside for 45 minutes. This is the longest I’ve run in years! I was pretty proud of myself.

I ran a ton of errands and came home for lunch. 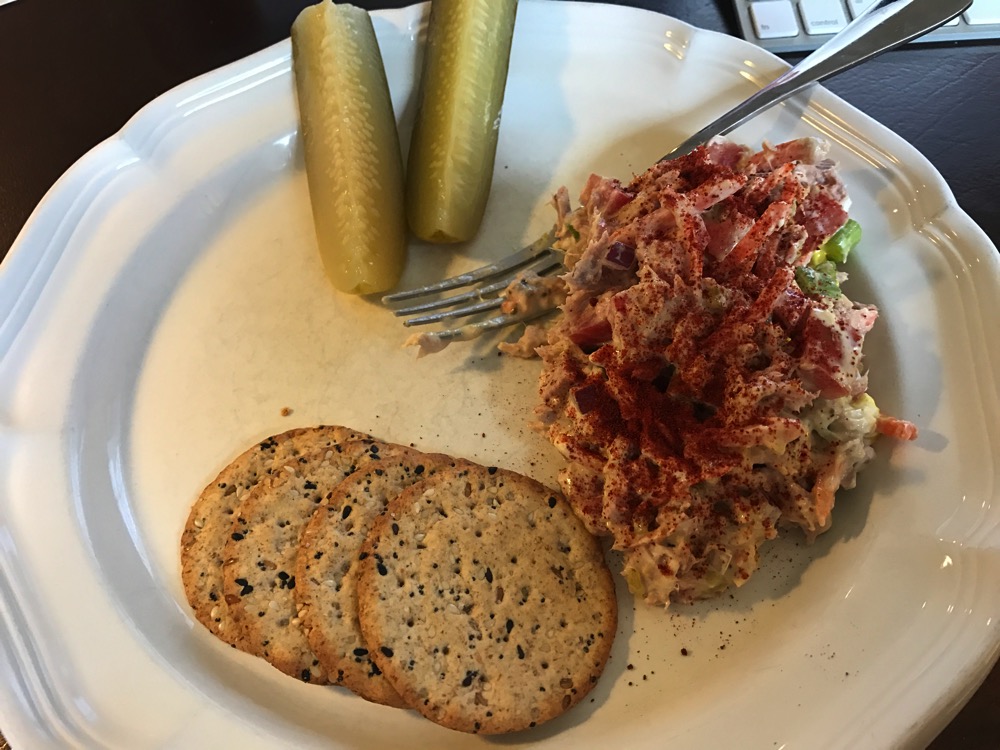 Are you hosting Thanksgiving? Otherwise, where are you off to? I’m hosting my big crowd as usual!