When I left you last, I was in Phoenix about to head to a mixology and cooking class at The Sanctuary Hotel. I had no idea it was going to be life changing.

I headed down to the Jade Bar for Mixology 101. We learned how to make four different cocktails. 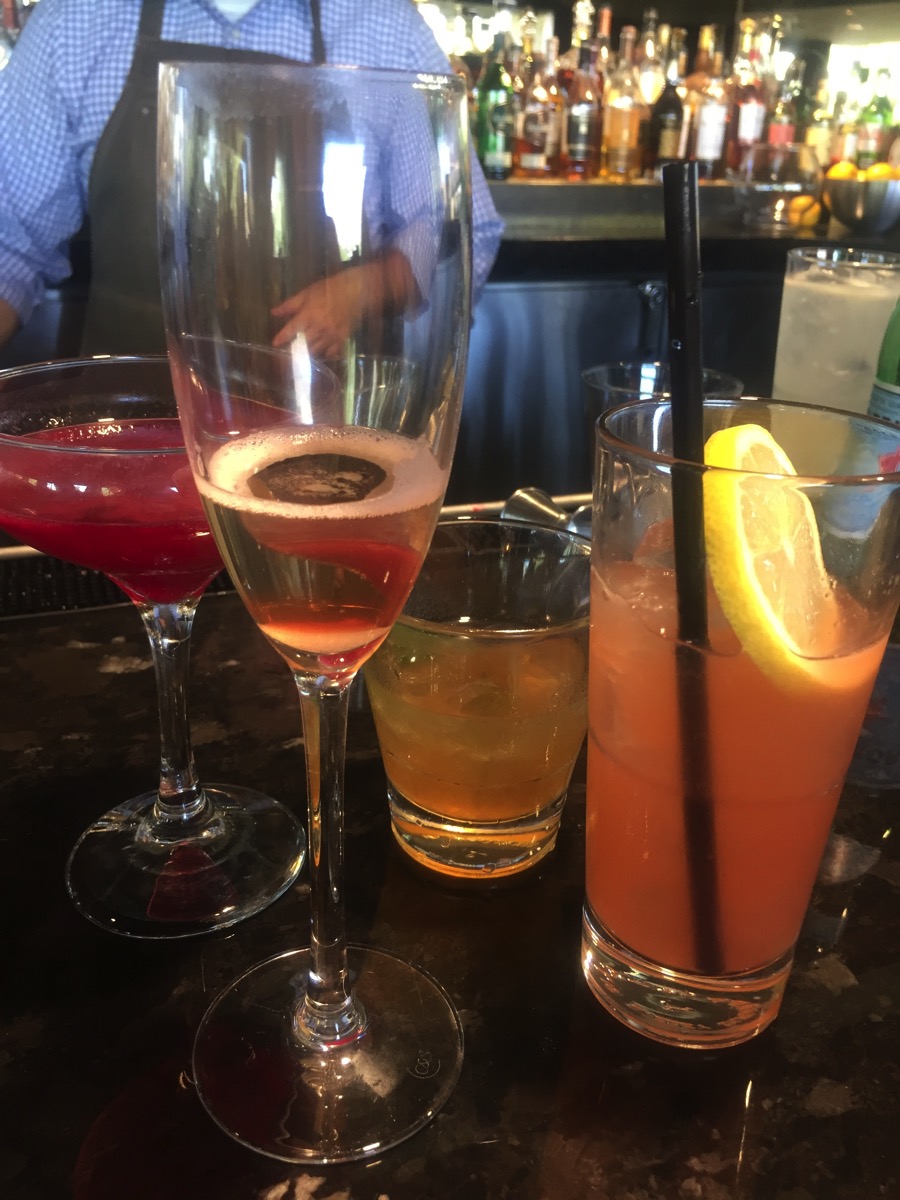 Fortunately, I didn’t even attempt to try and finish all of them. It was hard though, all four were delicious!

It’s a good thing I saved some room because the cooking part of the experience was over the top. Their chef, Chef Beau MacMillan personally cooked for us. 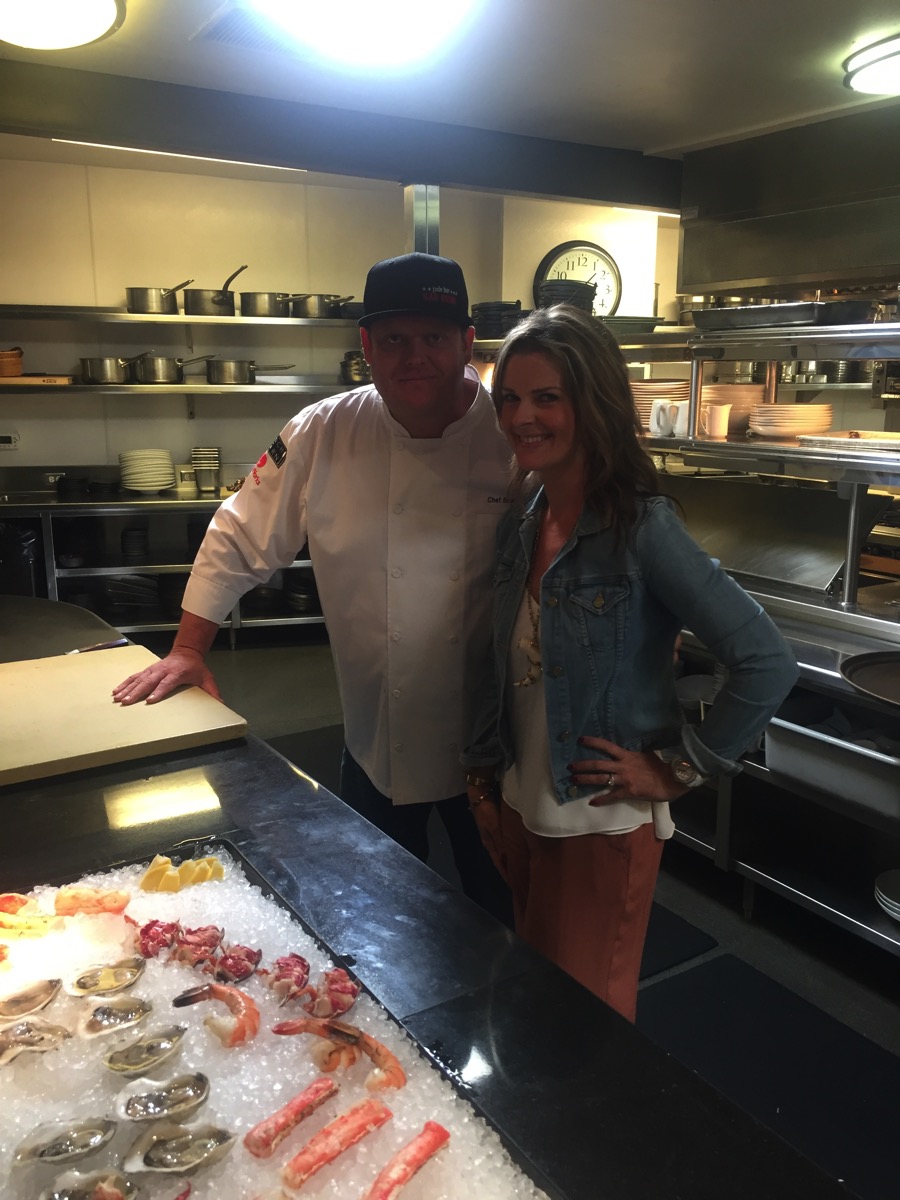 We were seated at Table XII, a private room for 12, which has a glass wall which opens up to the kitchen. We were invited into the kitchen to enjoy some champagne and chilled seafood with accompanying sauces. 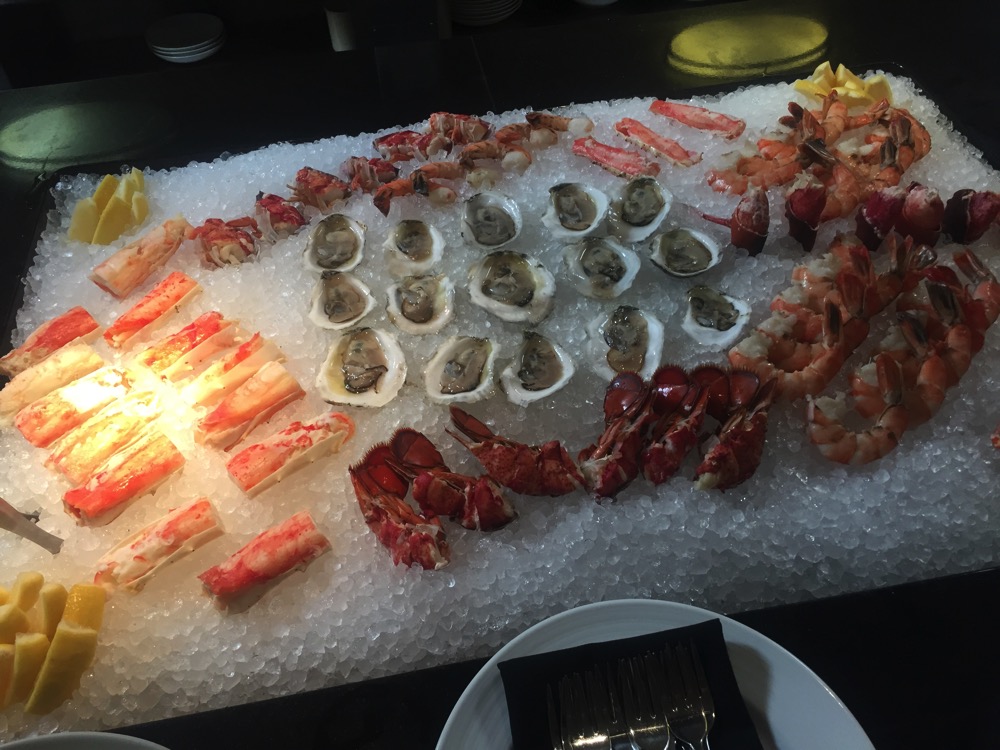 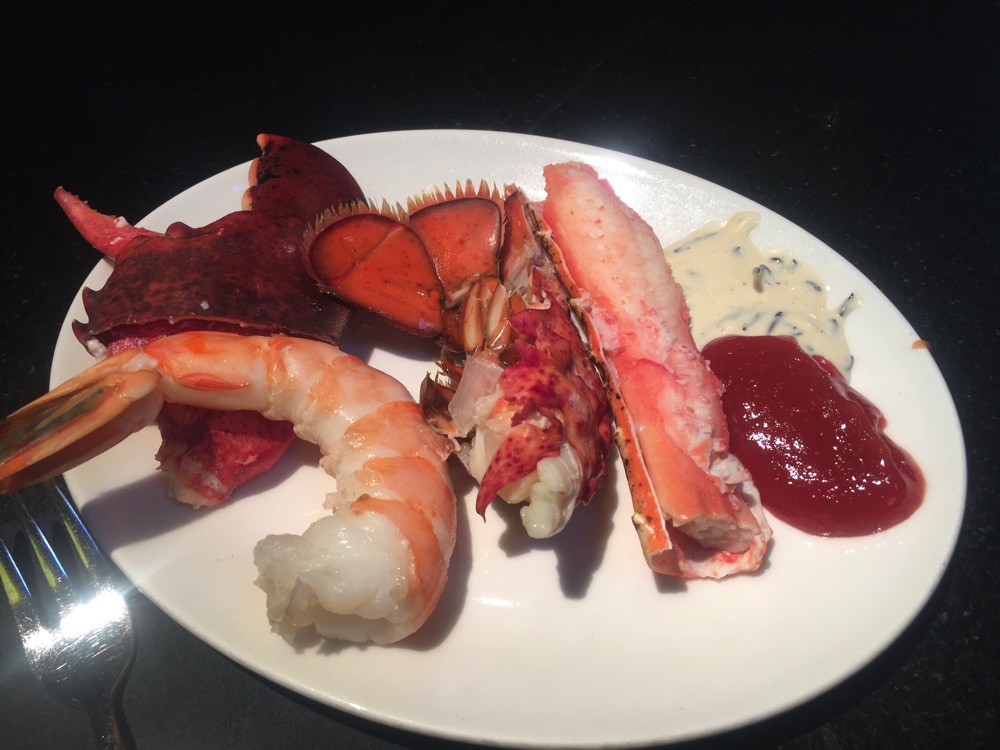 As if it couldn’t get any better, it did. We were seated and treated to a five course meal complete with wine pairings.

Course one was the chef’s selection chilled soup which was pumpkin curry. 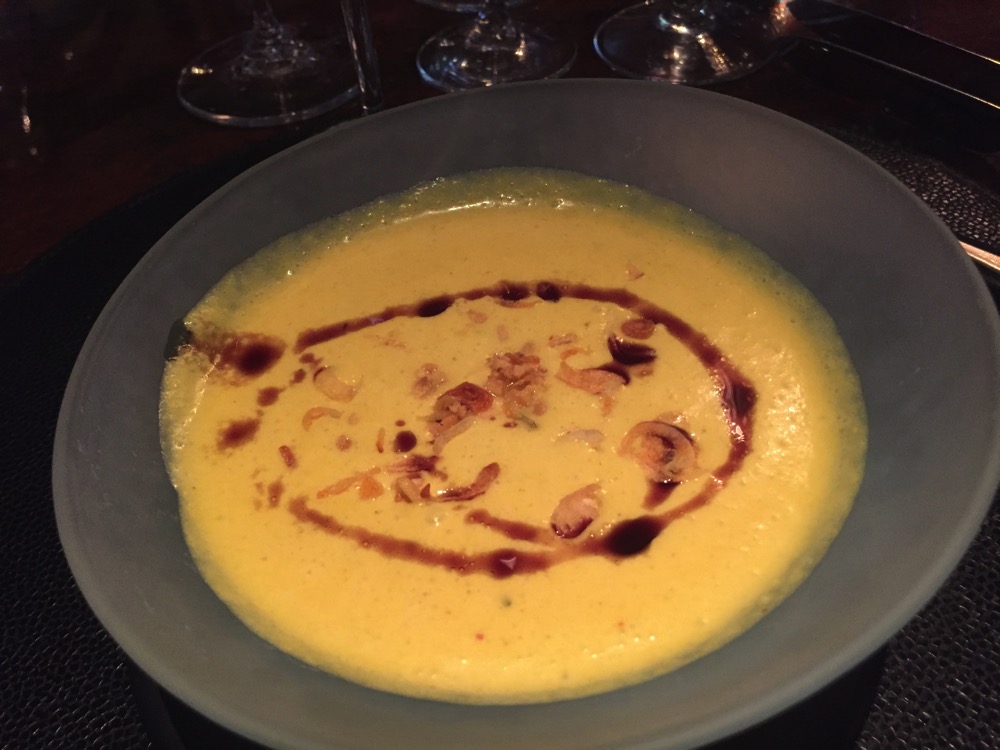 I’m not the biggest chilled soup fan but it was mighty good! It was paired with a 2014 Pascal Jolivet Sancerre. 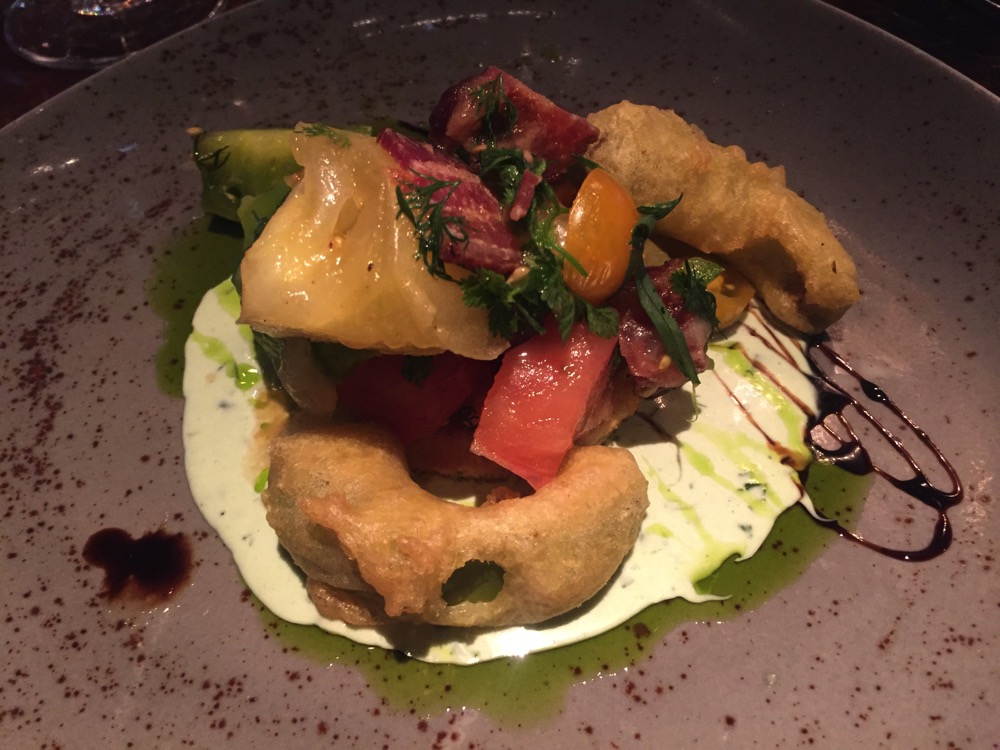 This was unreal. I cannot explain how good this “salad” was. If you’re ever at The Sanctuary, go eat this. 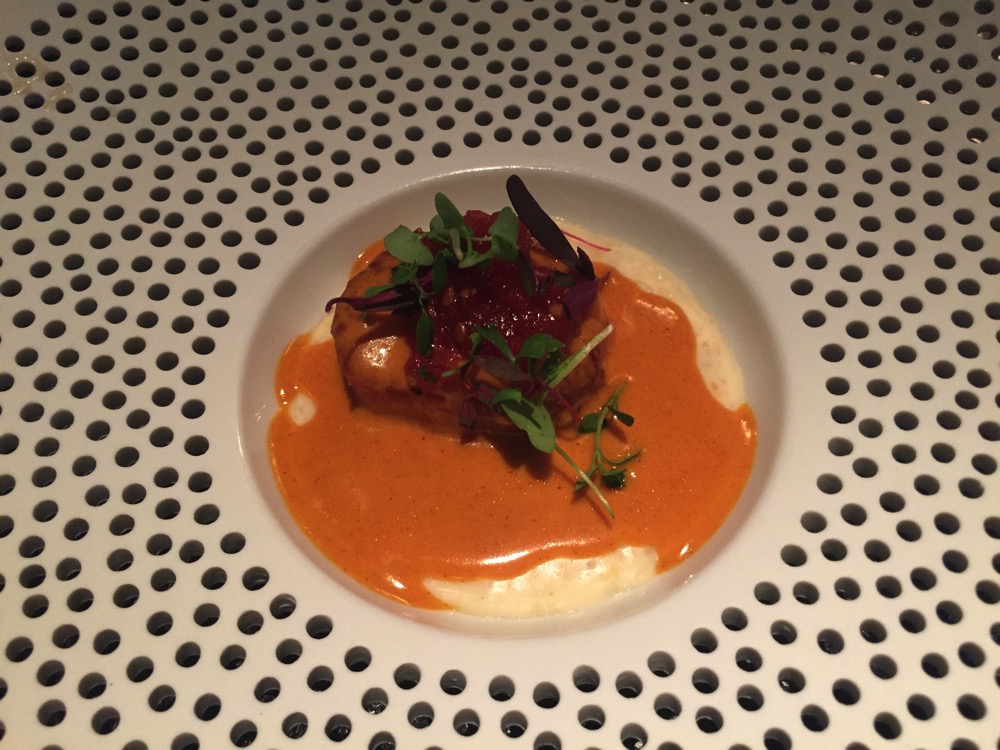 Scallops aren’t my favorite sea food but I’d eat this again and again. I think you could put anything on those cheesy grits and it would be good.

Course number four was Harissa Spiced Lamb Rack with Roasted Eggplant, Braised Spinach and Churrasco Chimichurri. It was paired with a 2012 Jordan Cabernet. 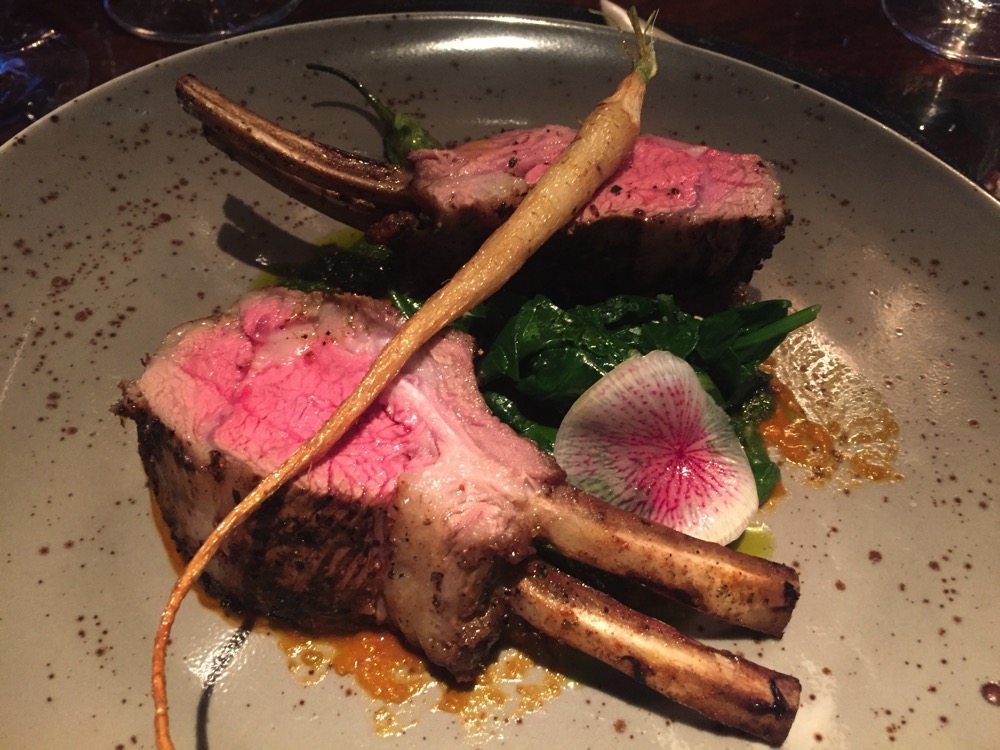 I’ve never had lamb like that. It literally melted in your mouth. Unreal. 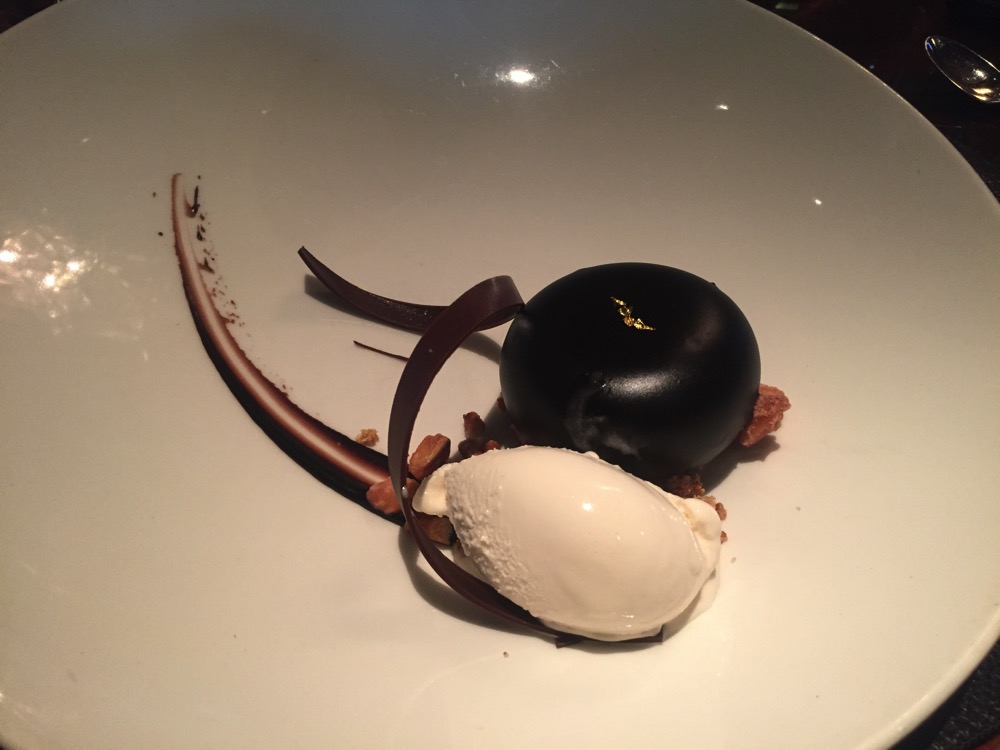 Seriously amazing. It was so fabulously rich and decadent.

By the end of our meal, our table was covered in wine glasses! 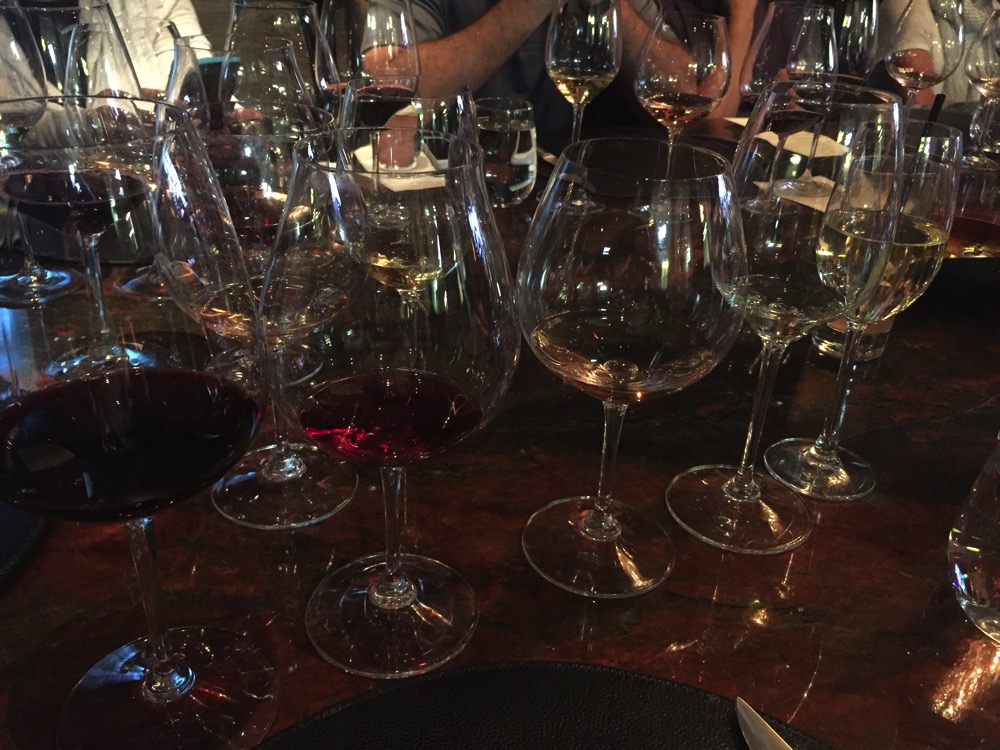 I think everyone there agreed that this was one of the best meals they have ever had. The experience itself was epic but the food was something out of this world.

Later that evening, the group headed to the final dinner at The Penske Racing Museum. Dinner was another buffet and somehow I had a tiny bit of room left to try everything. 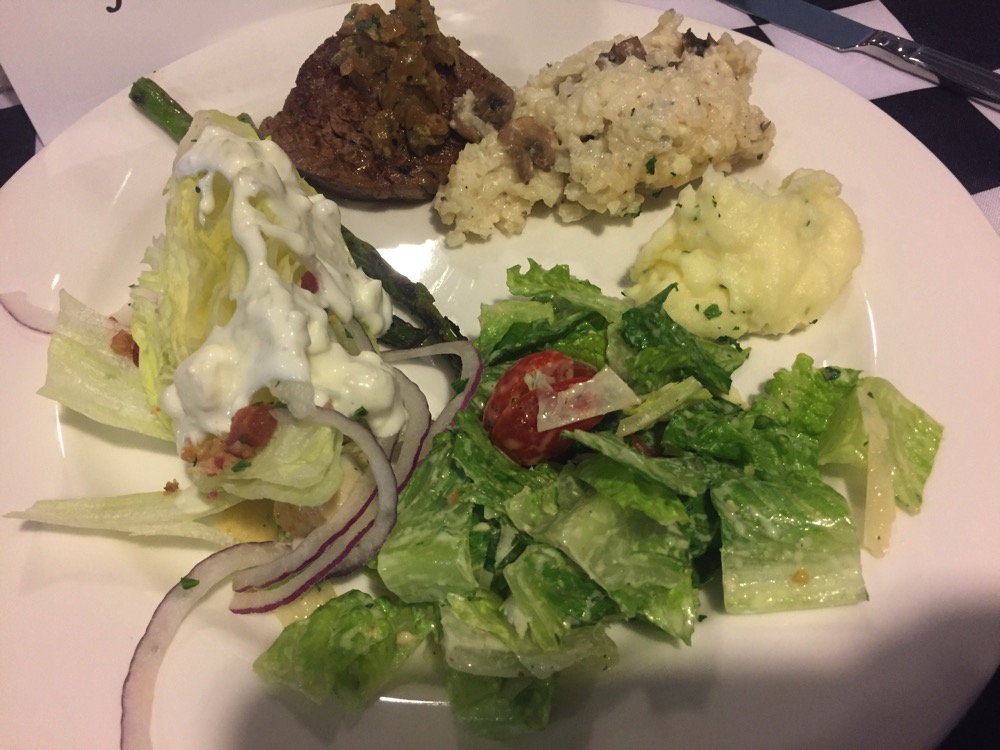 After dinner, it was time to head to the airport to fly home. Short but sweet trip for sure! 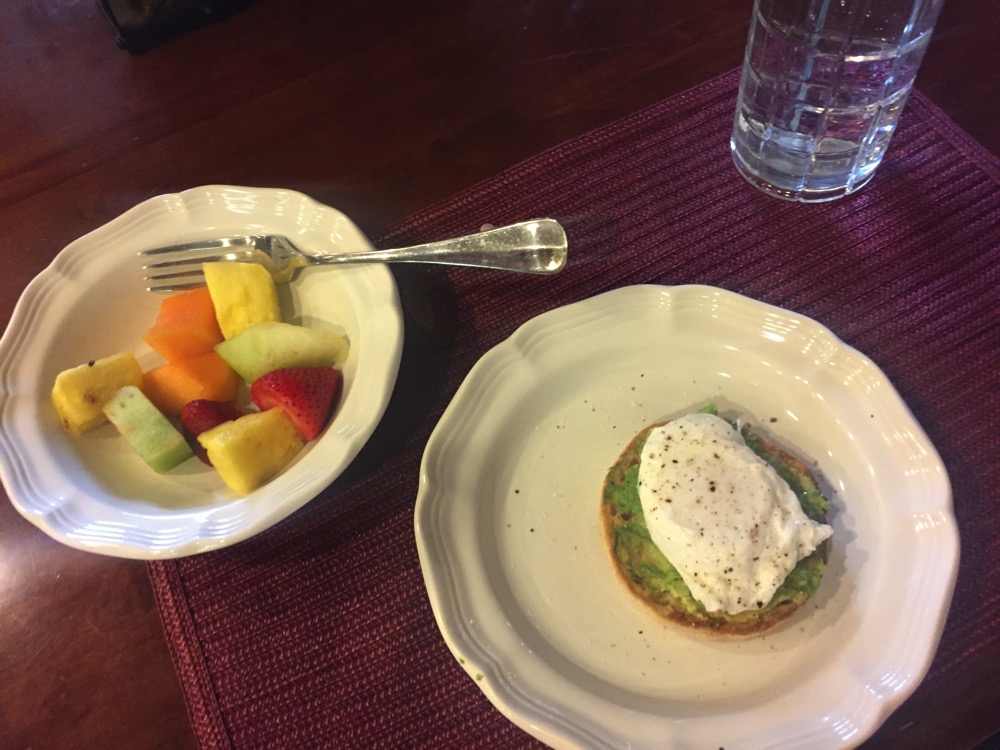 I took the kids to school, then went to the gym for a much needed workout. I took my daughter to the orthodontist then back to school. 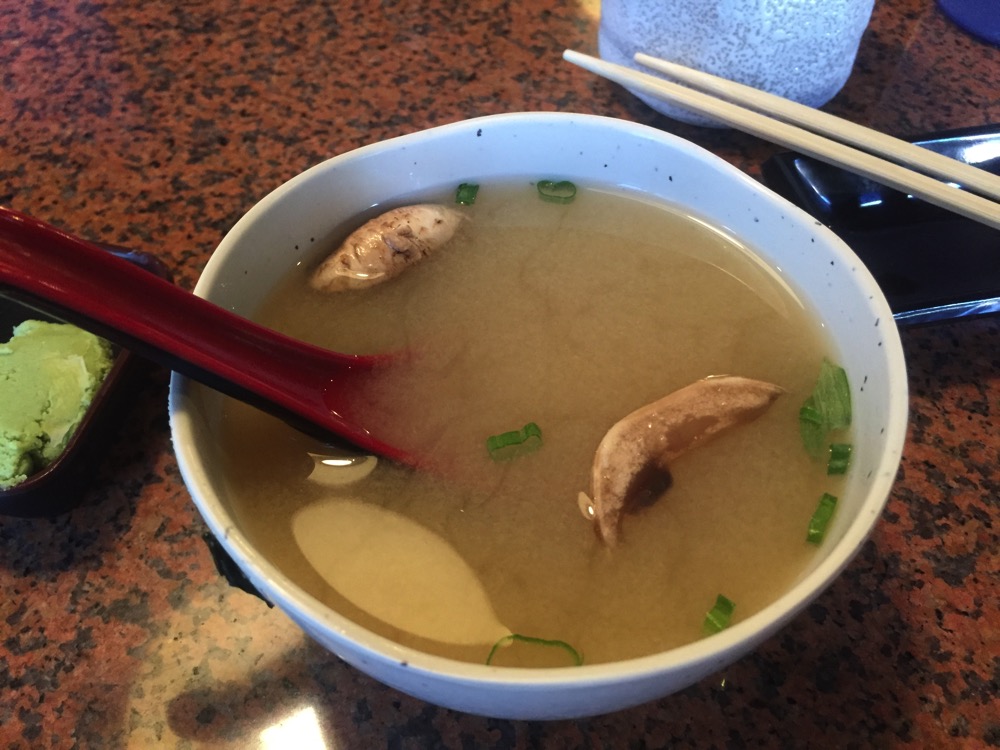 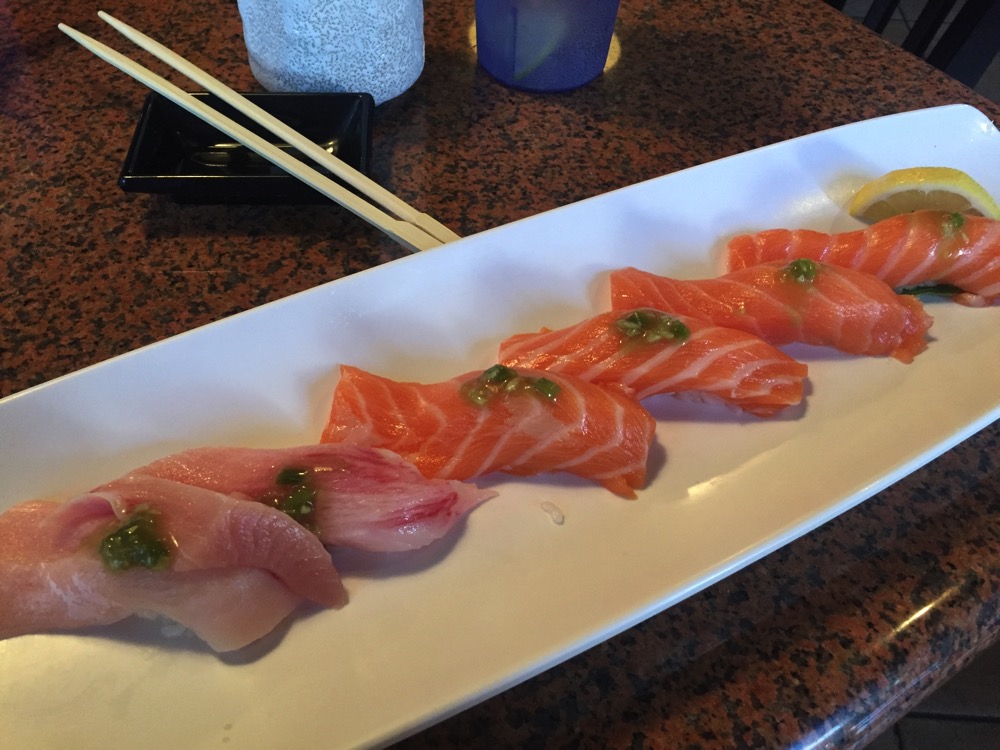 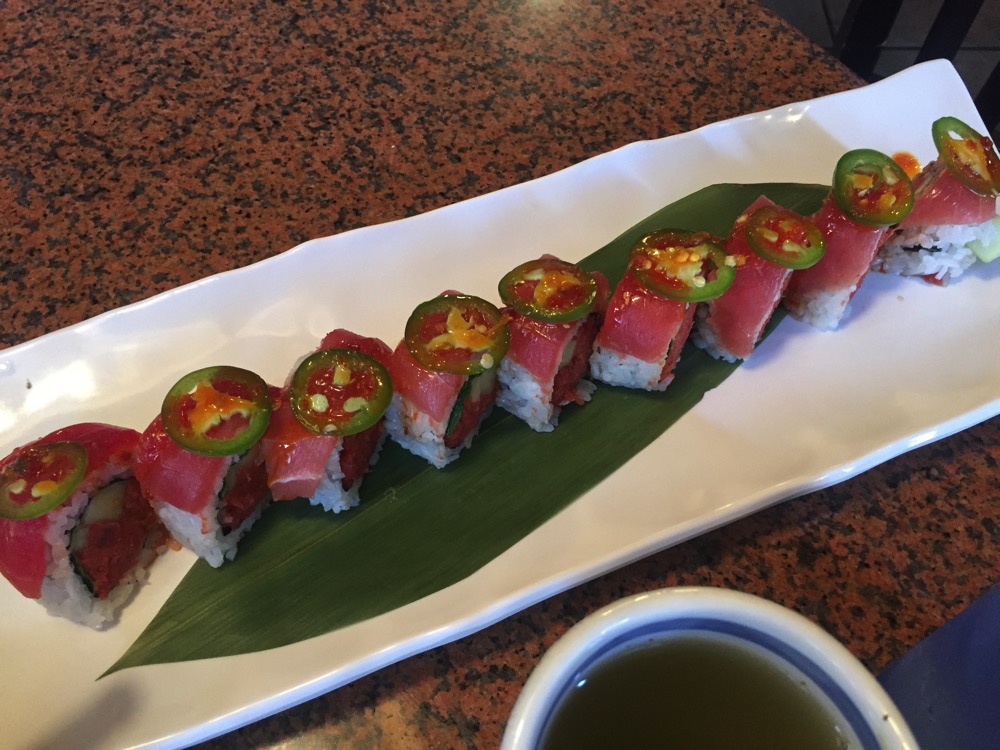 I went to a meeting at the school, then brought the kids home.

My son had some friends spending the night. We ordered pizza from Leucadia. I ordered a mixed green salad for dinner. 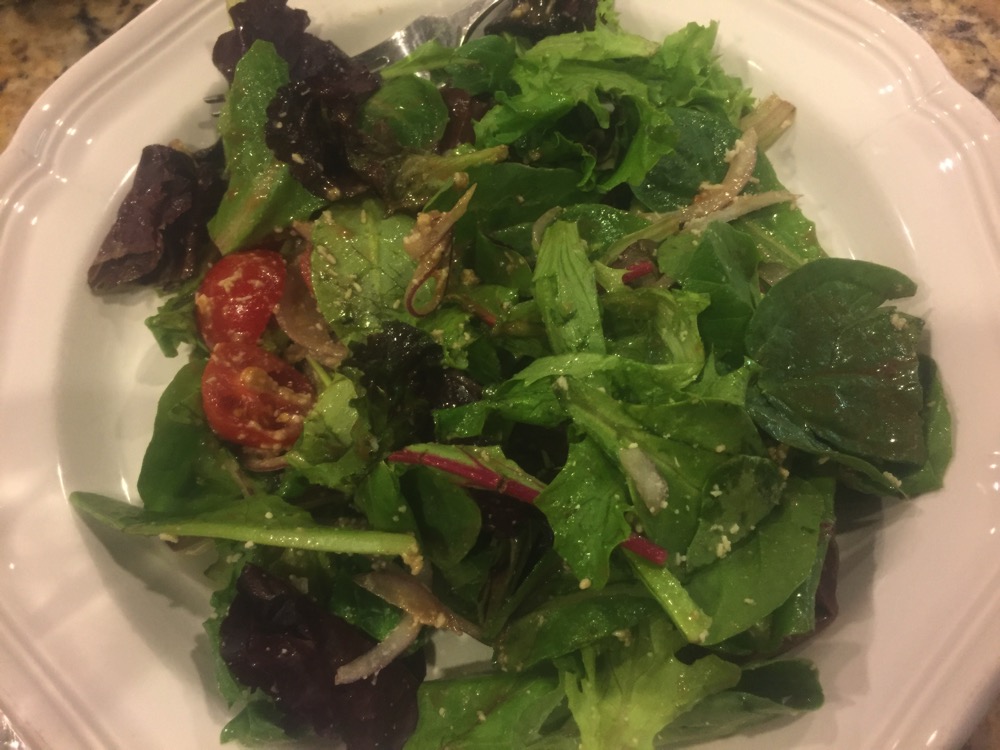 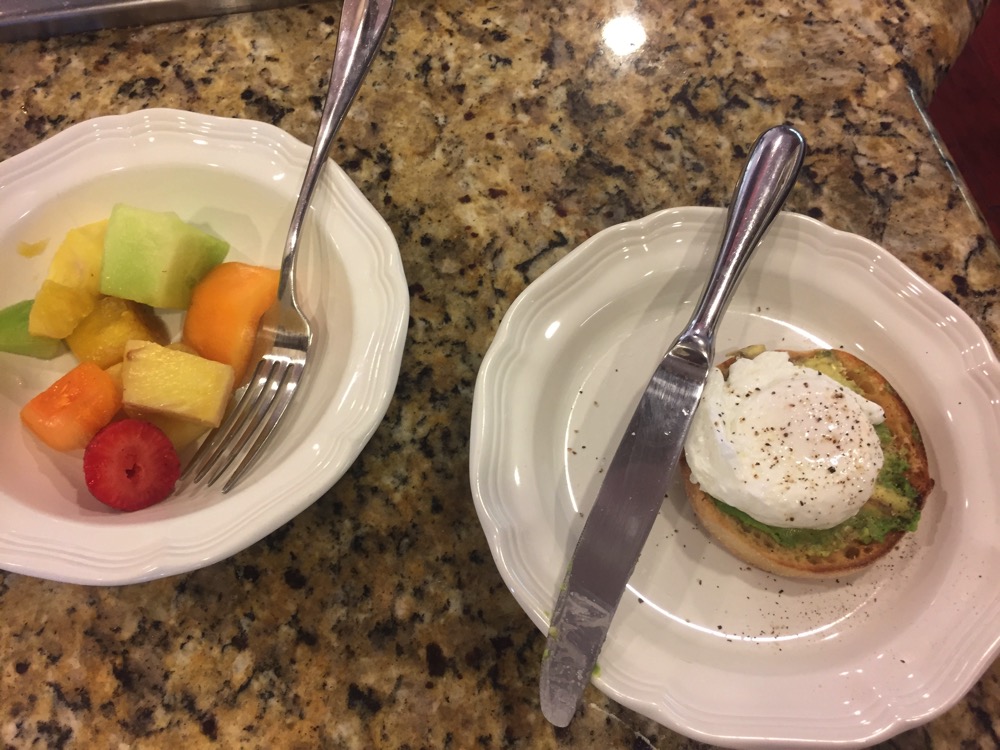 I took my son to his basketball game, then we went to El Pollo Loco for lunch. I had the Chicken Black Bean Bowl. 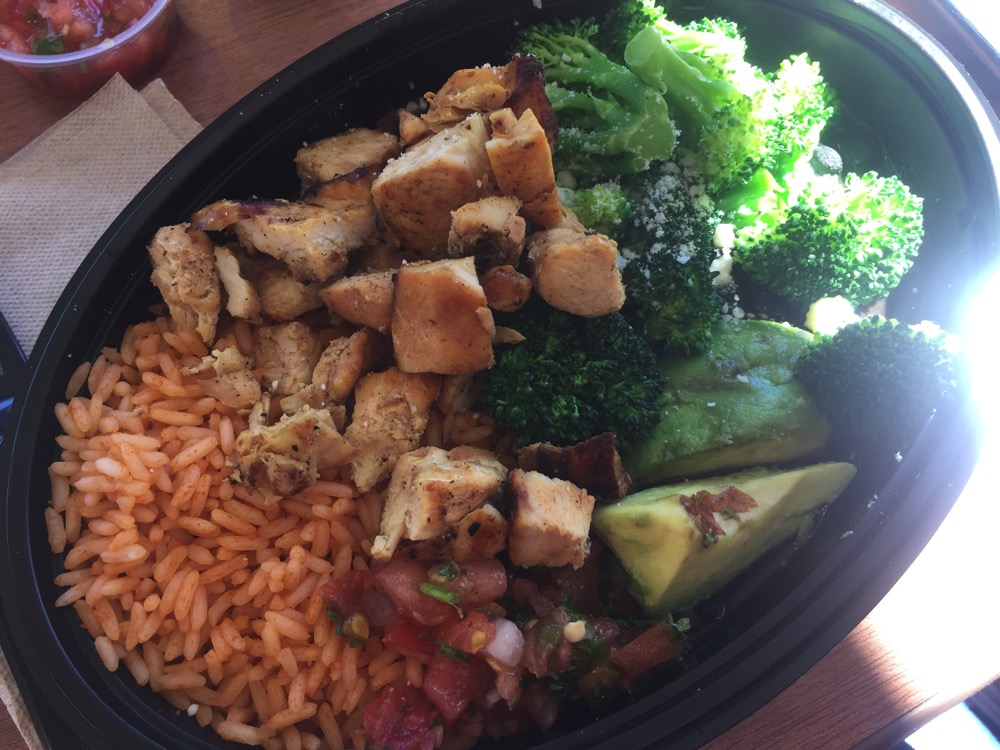 I loaded it with their hot sauce. I really like this!

We were pretty chill the rest of the day. Dinner was at Del Mar Rendezvous. I ordered the Chef’s Shrimp Sauté with brown rice. 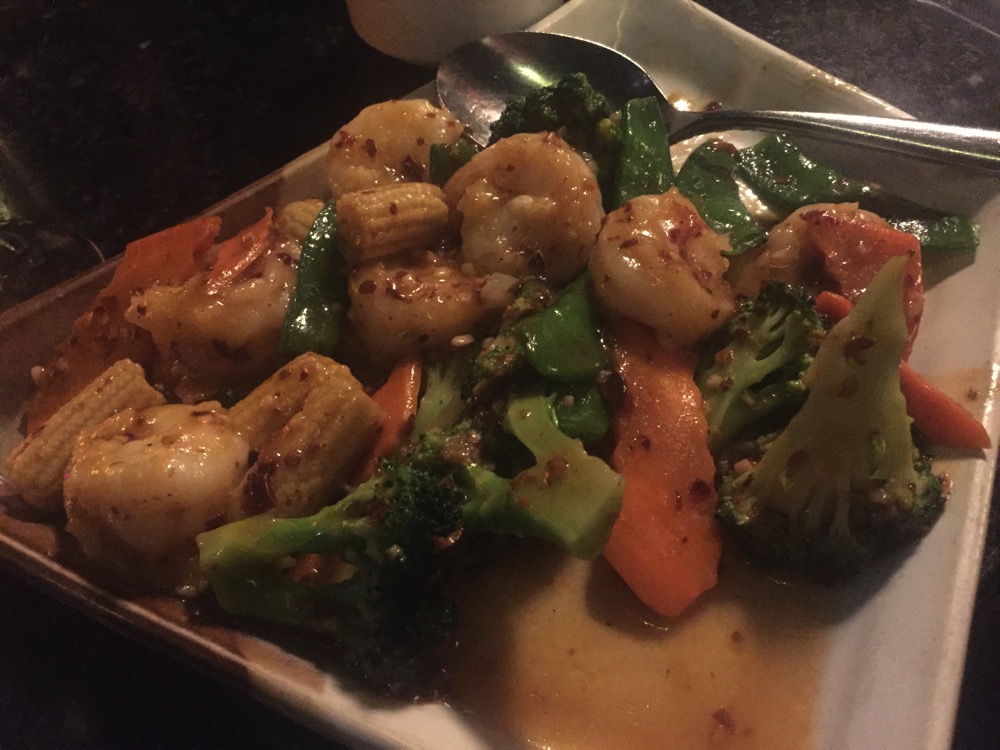 It was really good! 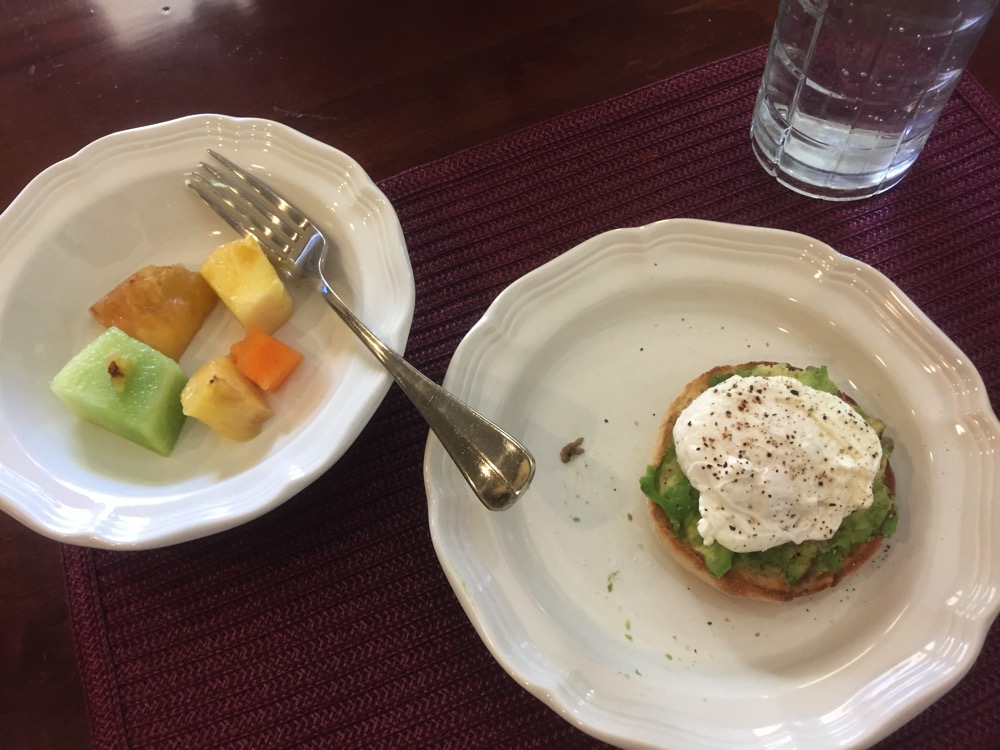 I went to the gym for some weights and treadmill fun.

Lunch was a turkey sandwich, peppers and ranch dressing. 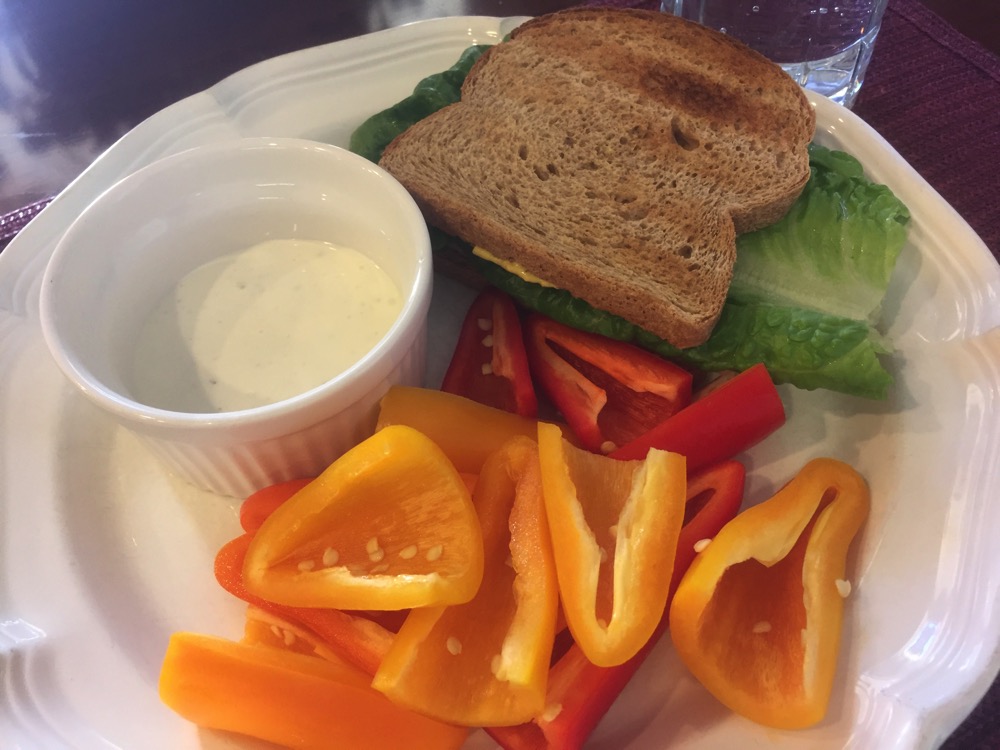 Right now we are watching the Chargers game and tonight we are off to Alicia’s for dinner. Enjoy your Sunday!

When was the last time you had the best meal ever??