My eats over the last few days have been pretty healthy. Well, except for Monday night really. But it was Labor Day so give me a break.

We went over to Alicia’s expecting to pick up Phil’s BBQ but we found out they were closed for an event. Ugh!!!! We decided to try BT’s Southern BBQ. 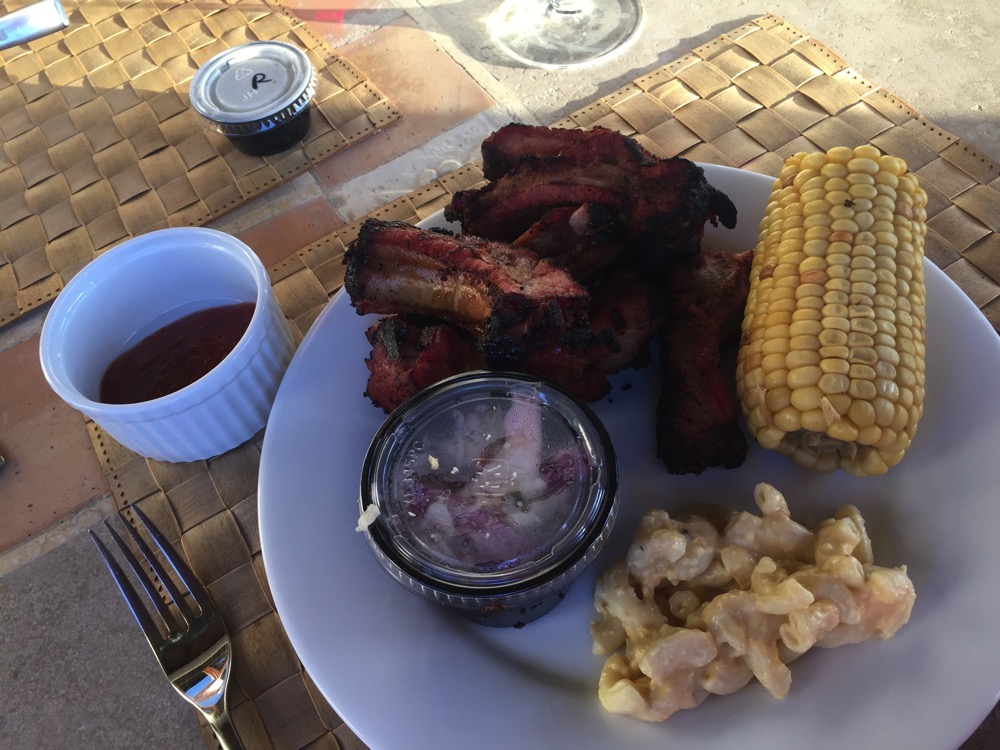 Verdict: Good but not as good as Phil’s. I did, however, like BT’s rib meat better but I didn’t like their barbecue sauce at all. The coleslaw wasn’t the best but I did enjoy their Ortega-Jalapeno Mac & Cheese. :) I feel like I cannot rate a place as well on take out. I definitely want to go into the restaurant and give it a fair shot. 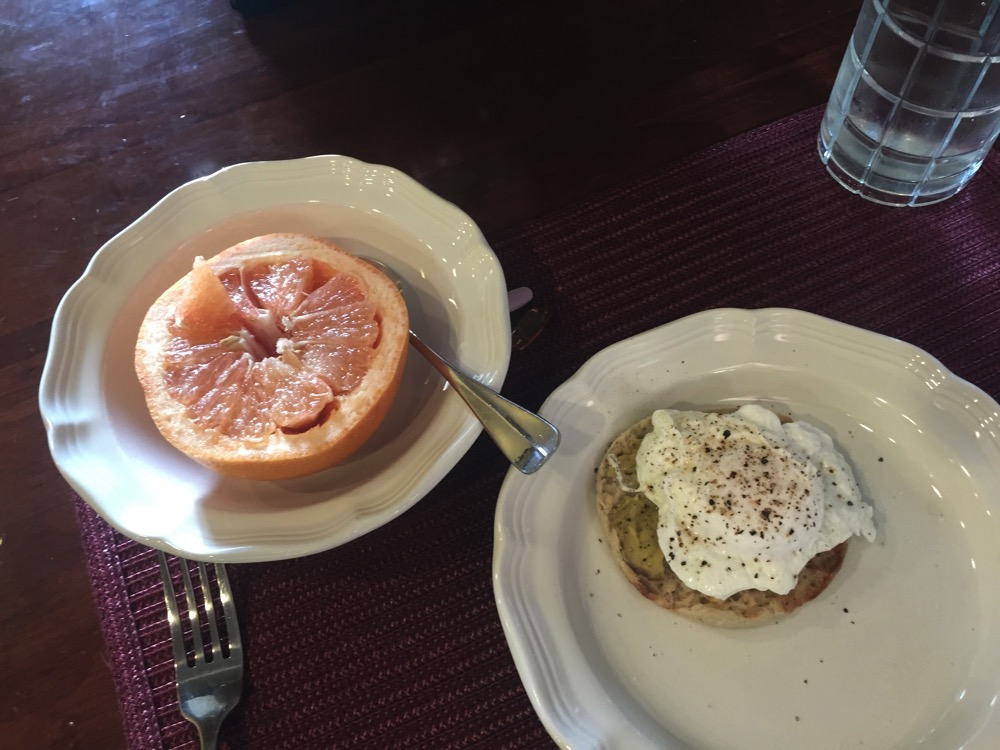 After I took the kids to school, I went to Cardio Strength class at the gym. I ran a bunch of errands, stopping at Marketplace Grill for lunch. 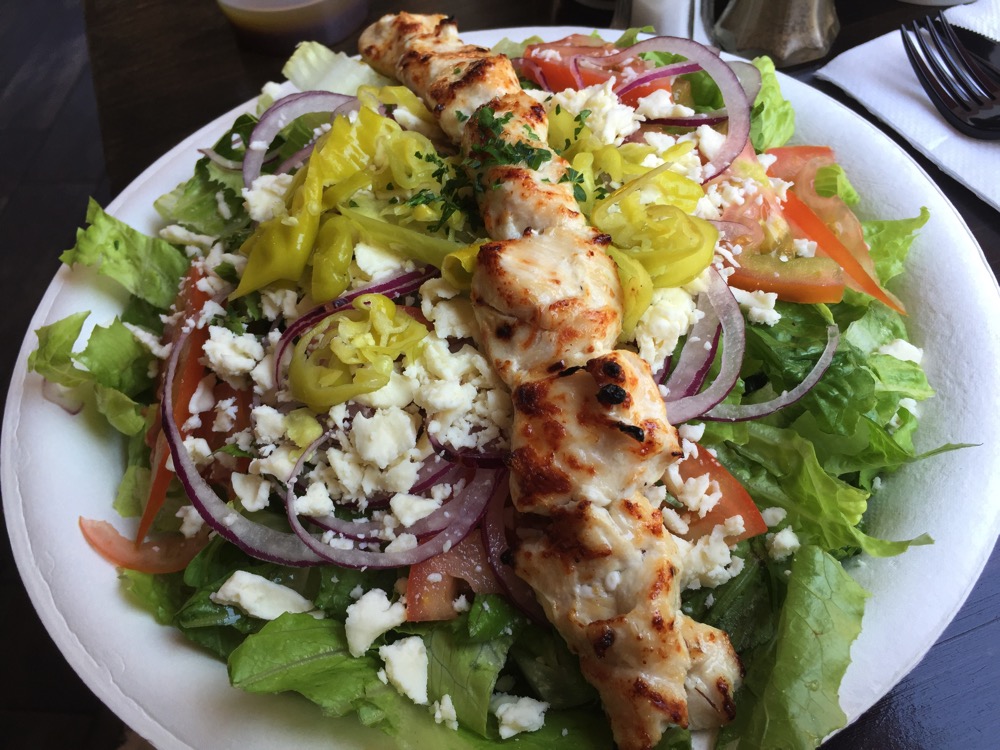 I had a PTO meeting at the school, then brought the kids home from school. My daughter and I went to a cooking class at our club. When we got home I made dinner. Seared ahi tuna, stir fry veggies and brown rice: 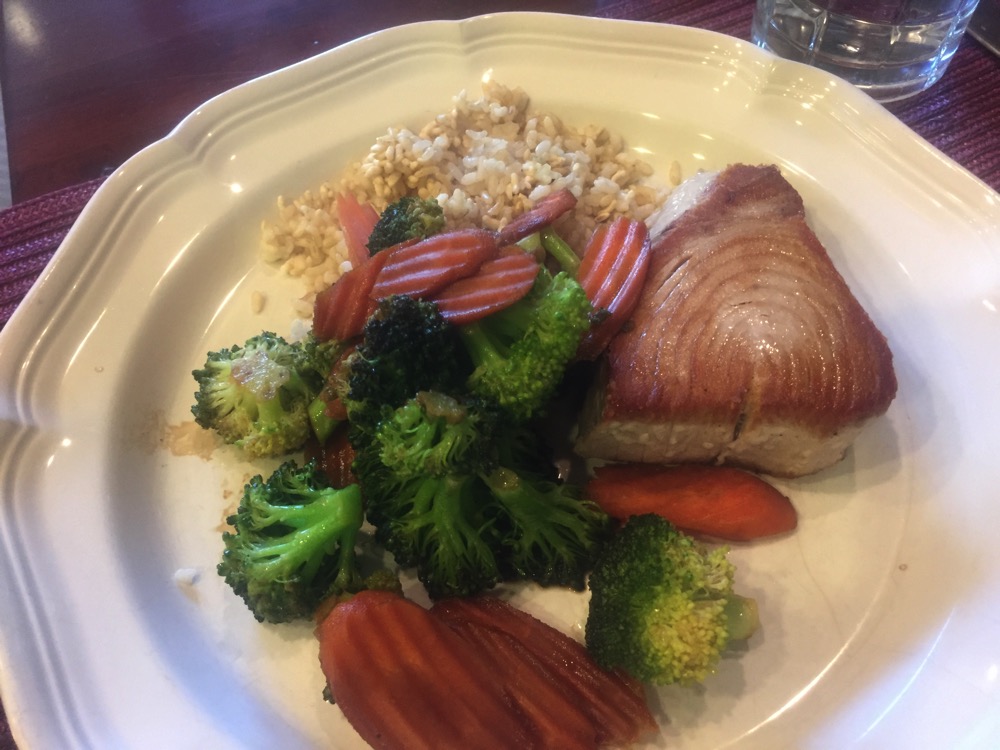 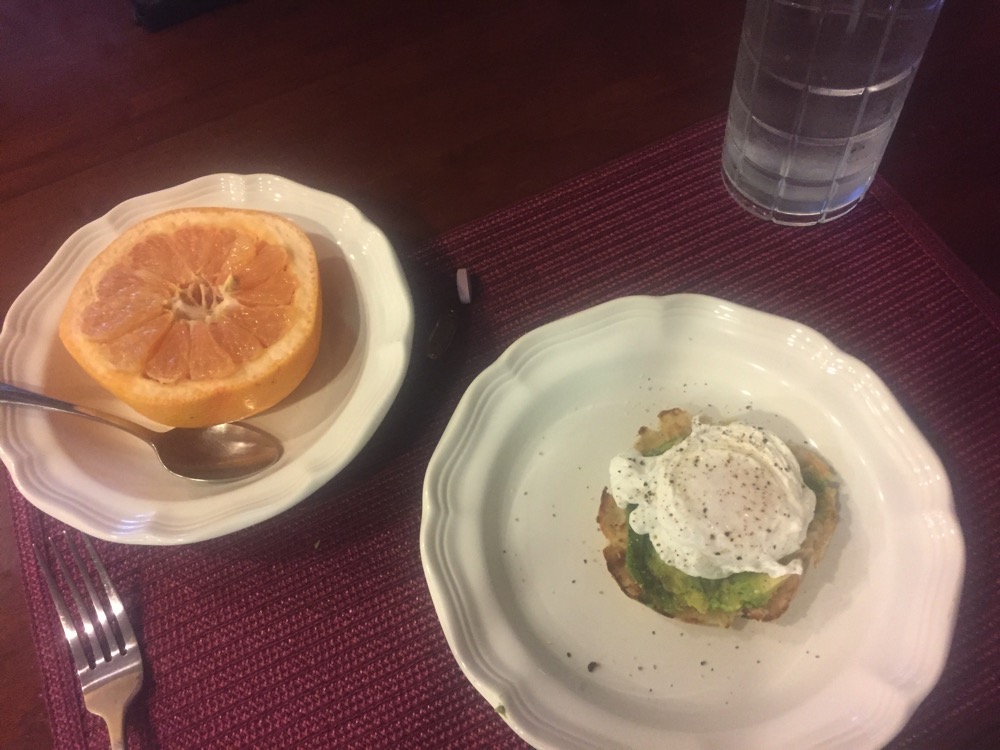 I had a dentist appointment, went to the gym, then Subway for lunch. Turkey avocado on wheat: 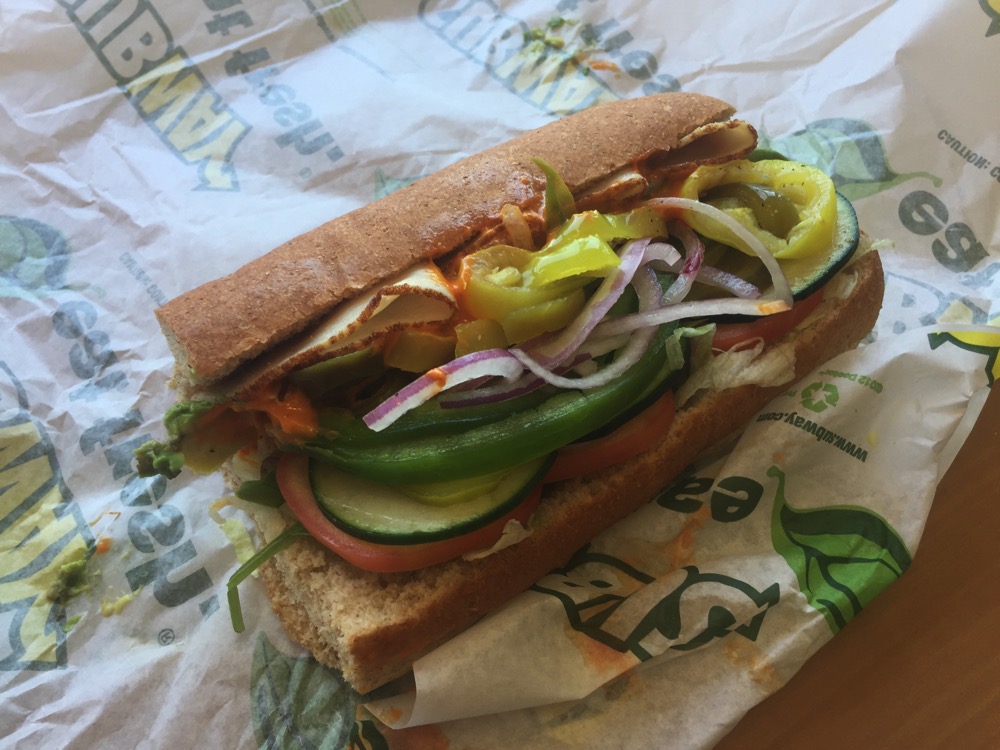 I had an appointment in the afternoon, then picked up the kiddos.

Dinner was at Taste of Thai. I ordered steamed sole with chile garlic sauce. 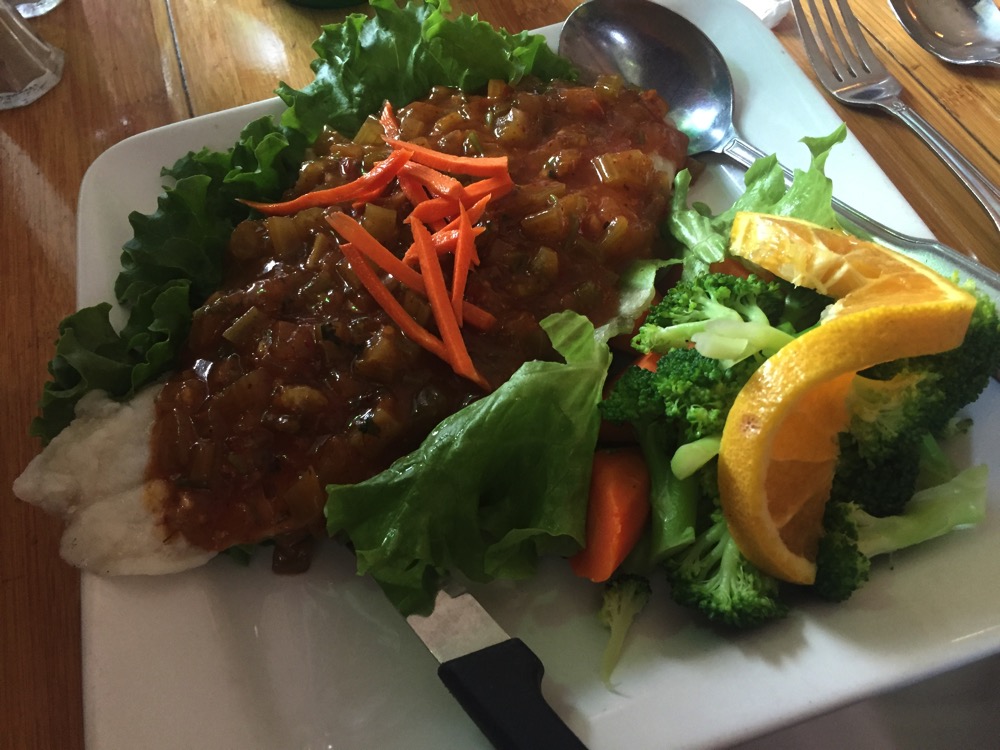 It was spicy and good! 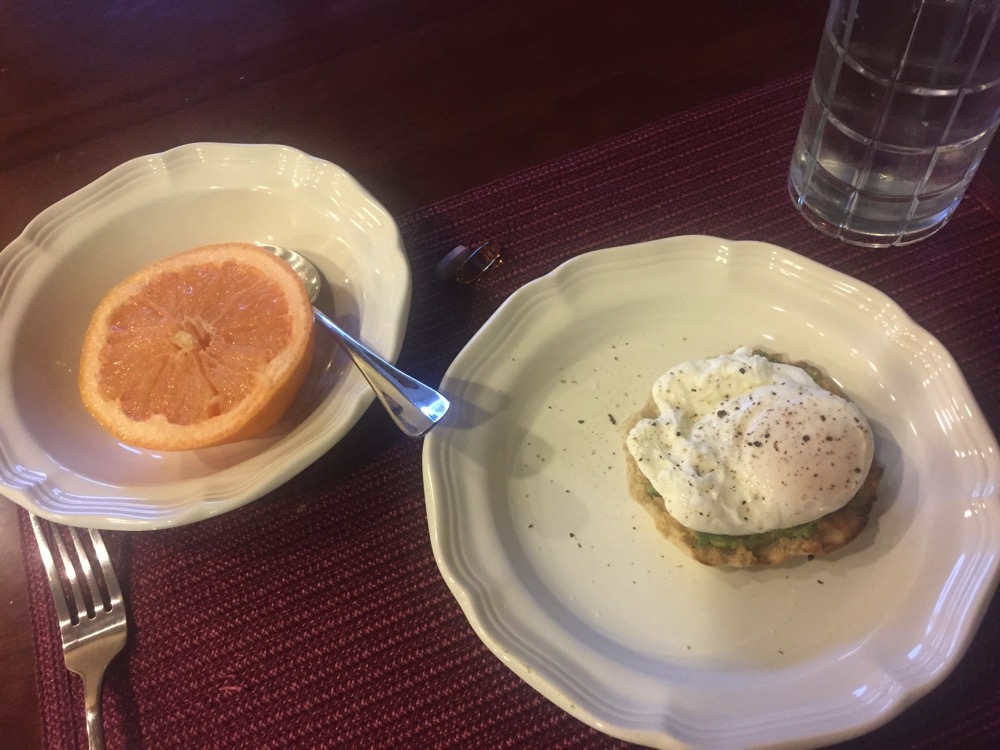 I had a PTO meeting followed by a tennis lesson.

Yesterday in the cooking class we went to, we made kid “sushi”. We made a sweet and savory one. My daughter ate the sweet one but wanted nothing to do with the savory one. It was a wheat tortilla filled with cream cheese, chicken, cheddar cheese, tomatoes, bacon and avocado rolled up and cut to look like sushi. It was my lunch today along with some watermelon and pineapple. 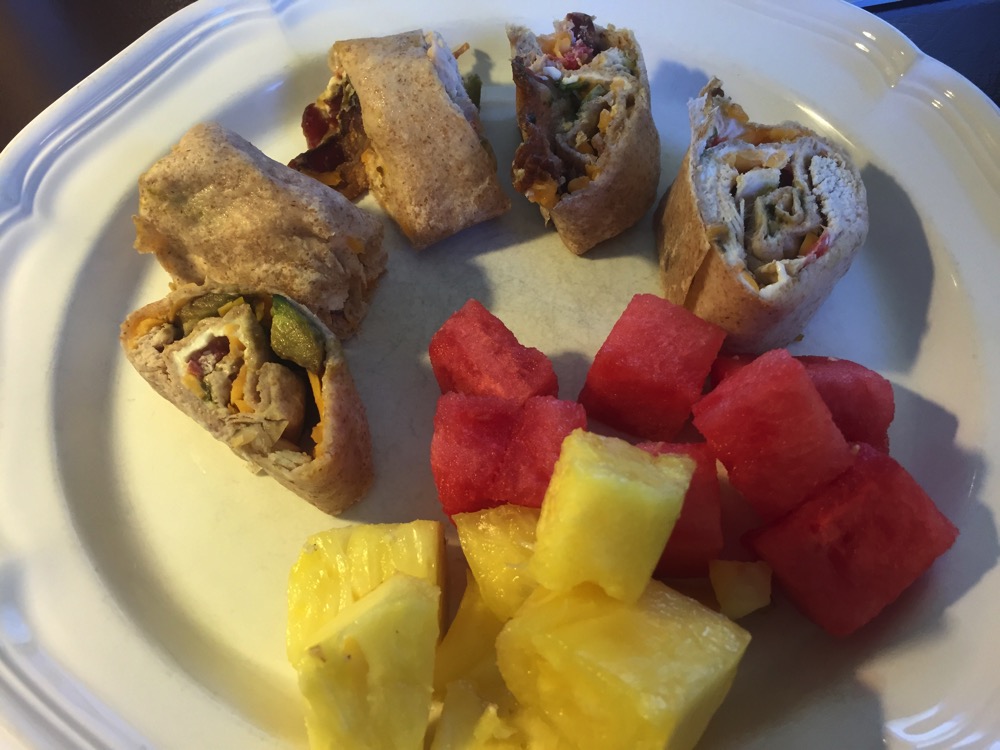 Can’t say my food has been that exciting for you to look at this week so far. I’m sure I’ll make up for it soon! ;)

Made any healthy recipes lately?  I need to be inspired!