The name of these brownies kill me. You almost have to make them just because of their name. I made them for Lisa's "Couples Mixer" on Saturday night. They were a big hit. One bite and you'll understand the name... 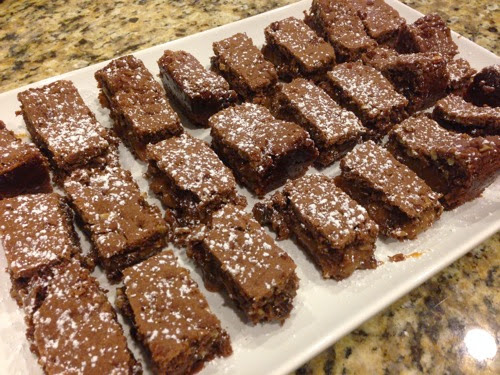 2. Begin by pouring 1/3 cup evaporated milk into a bowl with the cake mix. Add the melted butter and chopped pecans. Mix the ingredients together; it will be pretty thick!

3. Divide the dough in half down the middle. Press half of it into the bottom of the prepared pan to make the first brownie layer. Bake until slightly set, 8 to 10 minutes. Then remove from the oven and set aside.

4. While the brownie layer is baking, in a double boiler (or glass bowl set over a bowl of simmering water) combine the caramels and the remaining 1/2 cup evaporated milk. Stir occasionally until the caramels are totally melted and the mixture is smooth. Pour the caramel mixture over the first baked layer, spreading so it's evenly distributed. Sprinkle the chocolate chips all over the top.

5. Next, on a clean surface or sheet of waxed paper, press the remaining dough into a square shape slightly smaller than the baking pan. Carefully set it on top of the chocolate chips. Bake for 20 to 25 minutes. Remove the pan from the oven and let the brownies cool to room temperature. Cover the pan and refrigerate the brownies for several hours to allow them to set.

6. When you're ready to serve them, sprinkle generously with the powdered sugar and cut them into large rectangles before removing from the pan. 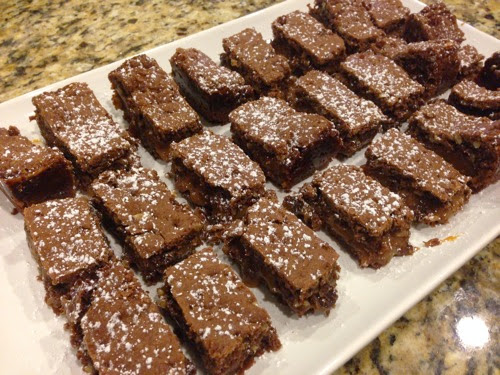 Last night we went over to Alicia & Joe's for Taco Night! 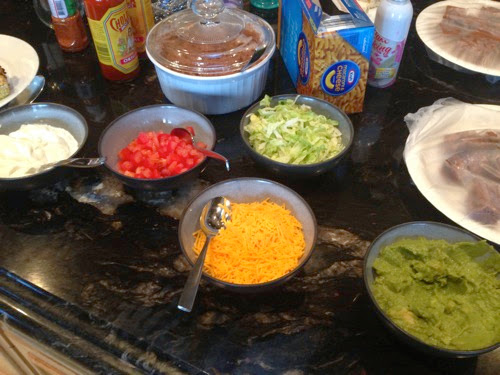 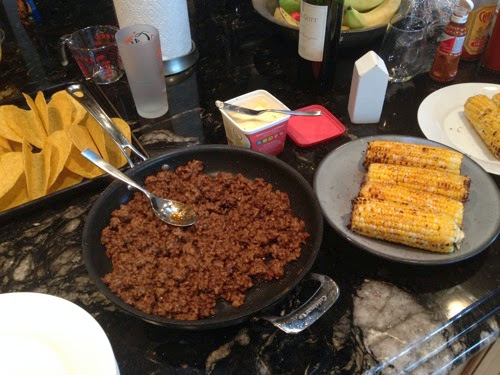 Alicia whips up these "Taco Bell Style Tacos" that are amazing. 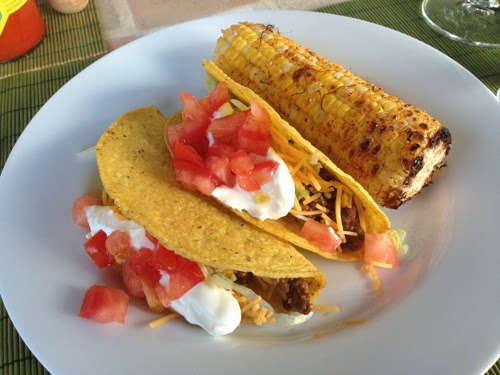 I tried to be good by having two but ended up going back for a third taco. They are just that good, you can't help yourself.

This Monday morning began with a bowl of Honey Nut Cheerios and almond milk before heading off to the school. 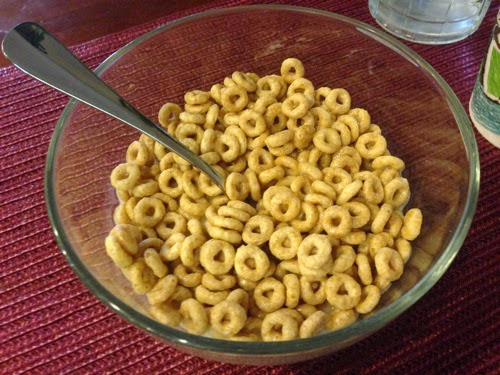 I had a couple of meetings before heading over to Lisa's house to celebrate Tami's birthday. Everyone brought a breakfast item and, of course, there was a huge spread of delicious food! 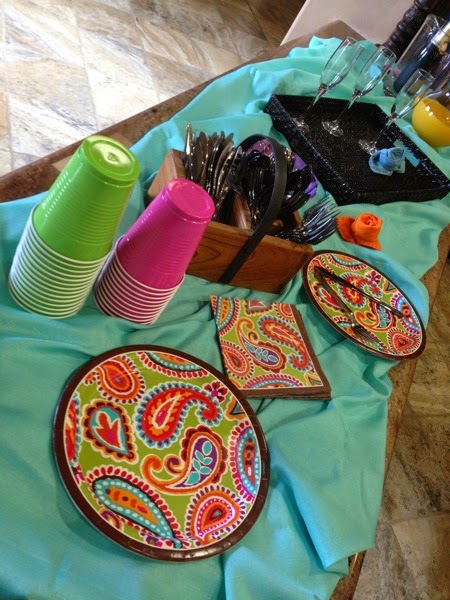 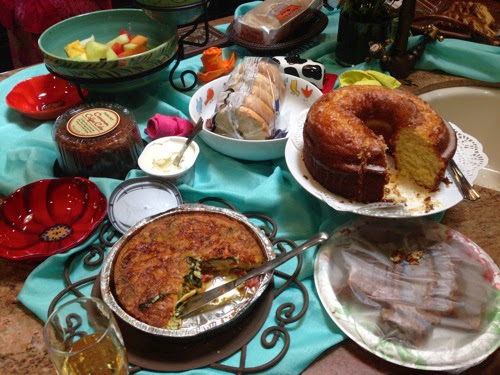 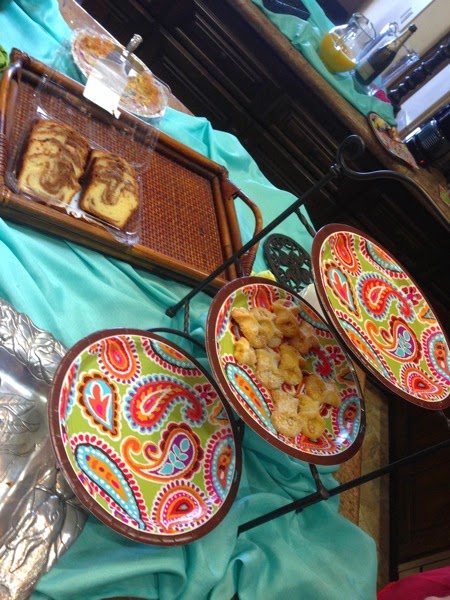 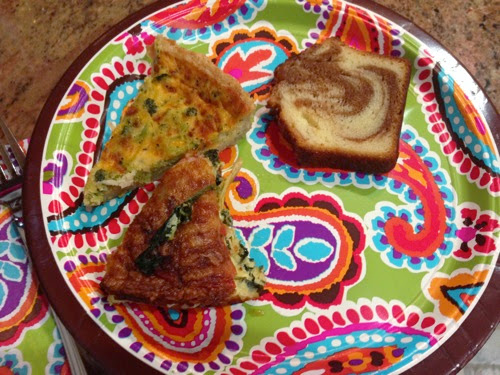