Greeting from Boston! We arrived here Tuesday night. Monday night before we left, we went to Casa de Bandini for dinner. We all shared guacamole. 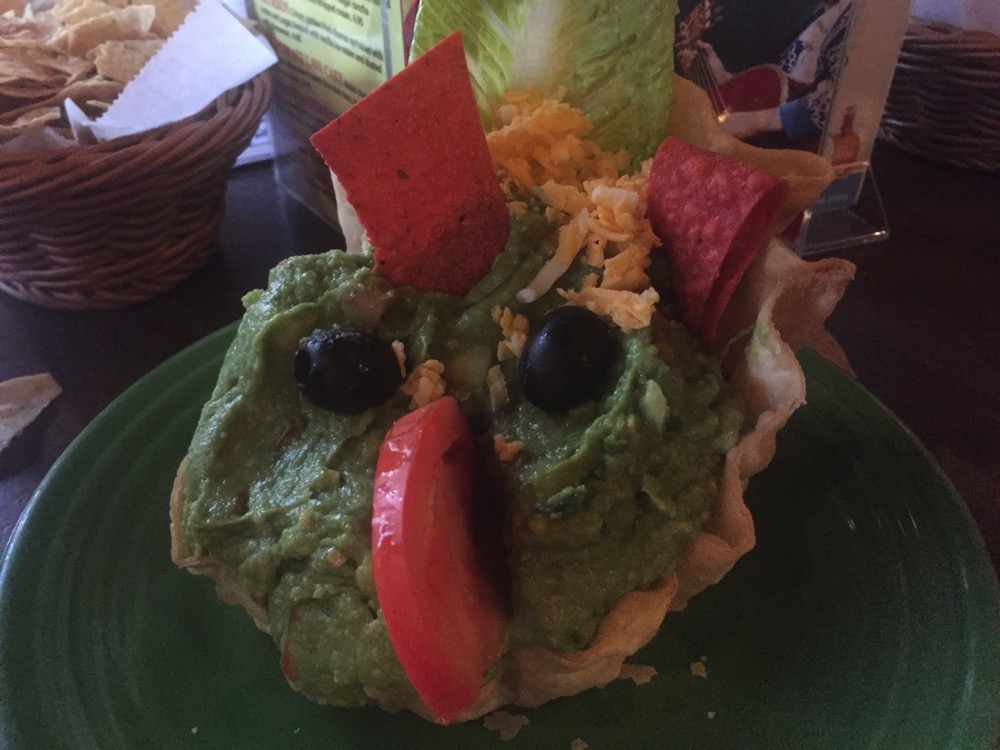 I ordered the shrimp fajitas. They were pretty good! 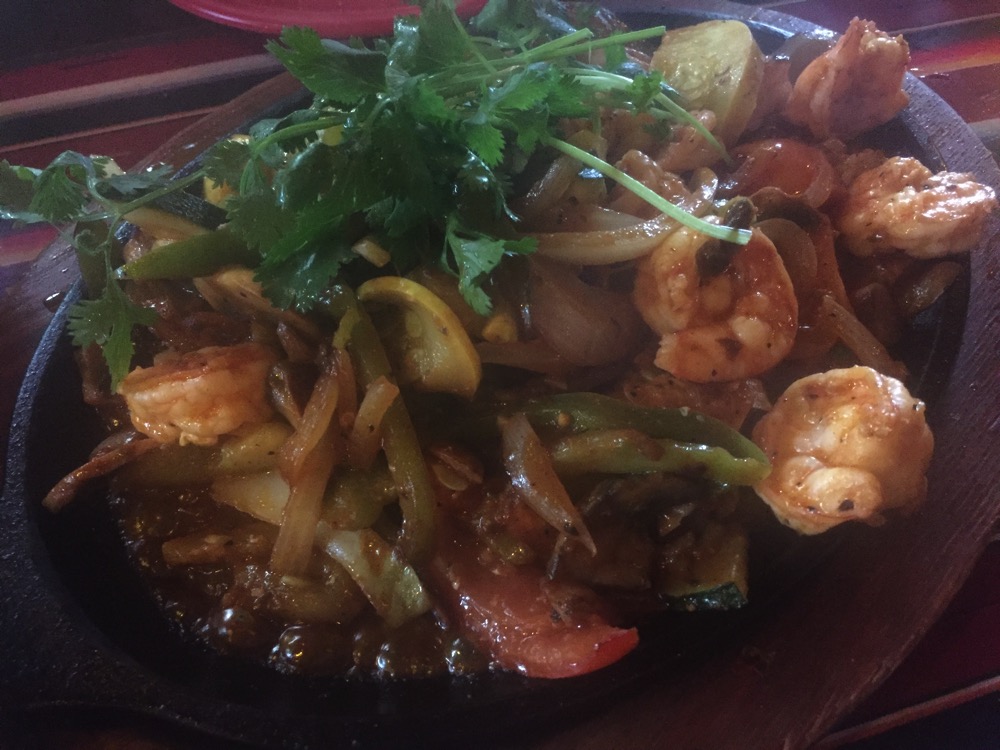 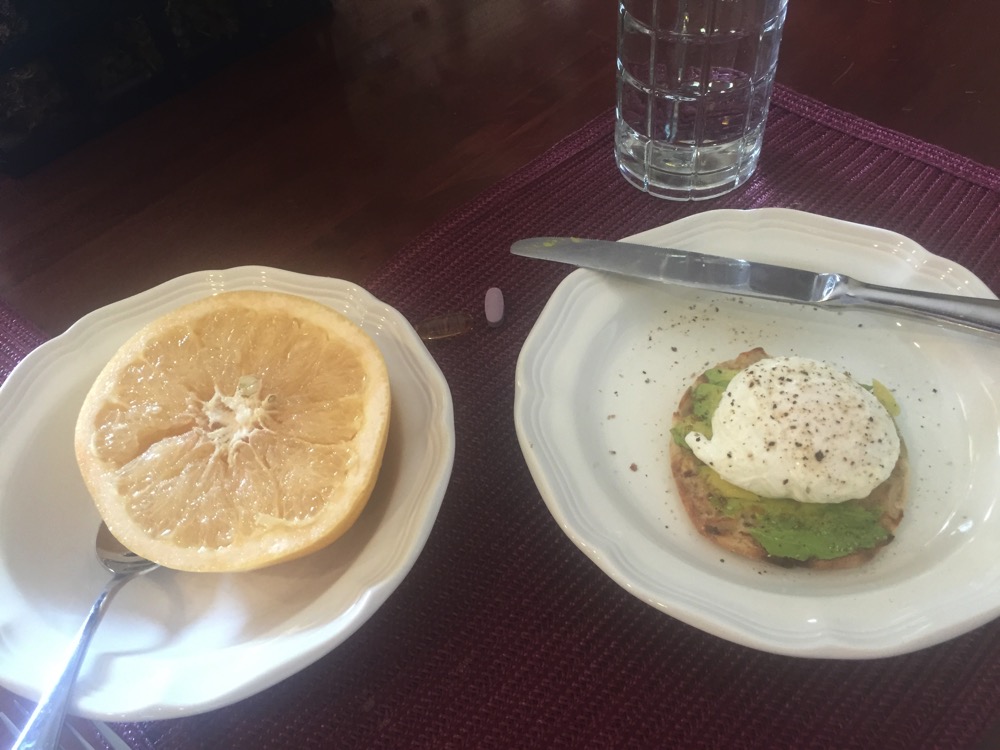 We headed to the airport and flew, what it seemed like, all day to Boston with a stop over in Detroit. I had some snacks along the way but we were pretty hungry by the time we arrived. Luckily Cheesecake Factory was still open! It was almost AM anyway so I ordered breakfast. I ordered the California Omelette (avocado, mushrooms, green onion, tomato, garlic and shallots, sour cream and jack cheddar and swiss cheese with sliced tomatoes: 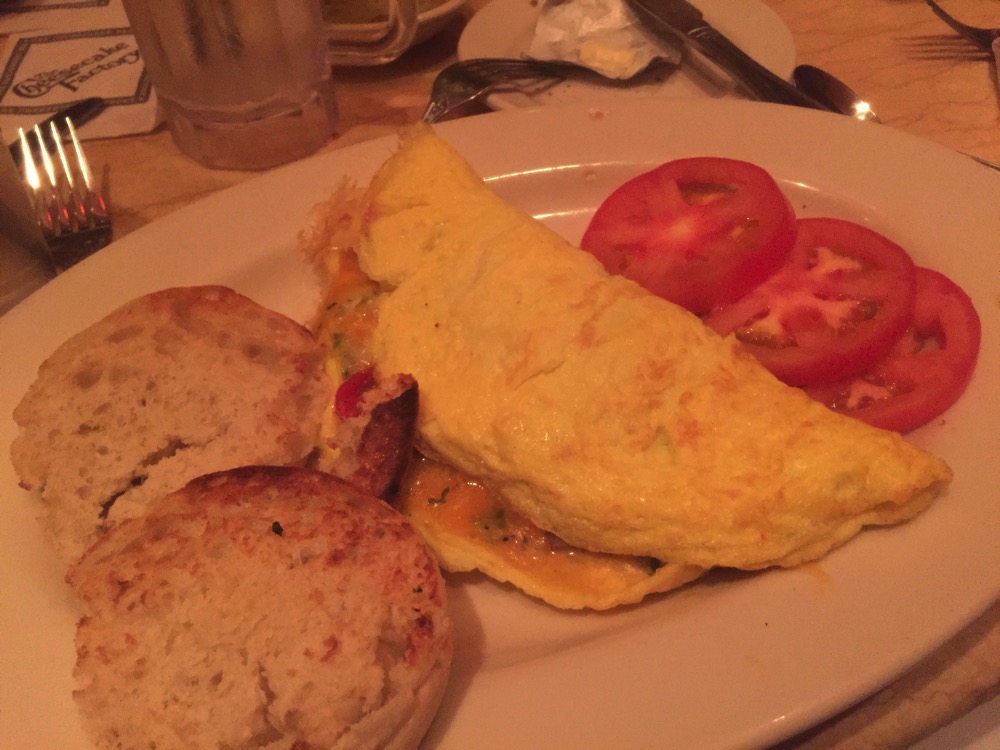 The next day we woke up too late to eat breakfast. That’s ok….I had breakfast right before i went to bed. There was a PF Changs across the street from our hotel, which is my son’s favorite restaurant, so that’s where we went for lunch. 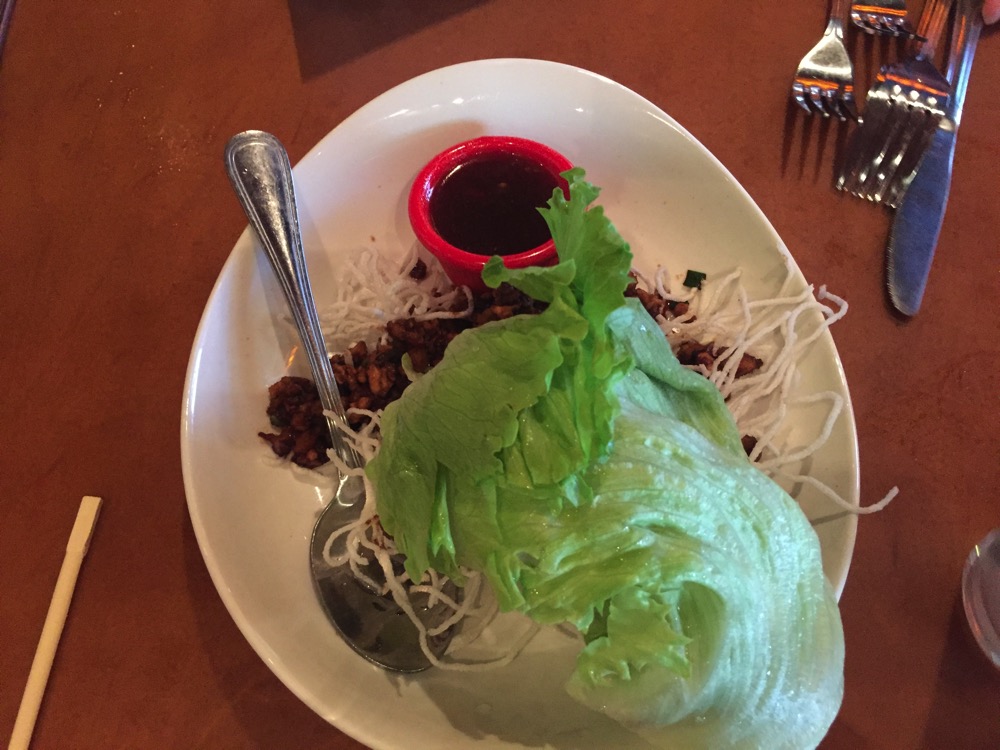 I ordered the lunch pairing of egg drop soup and a spicy tuna roll: 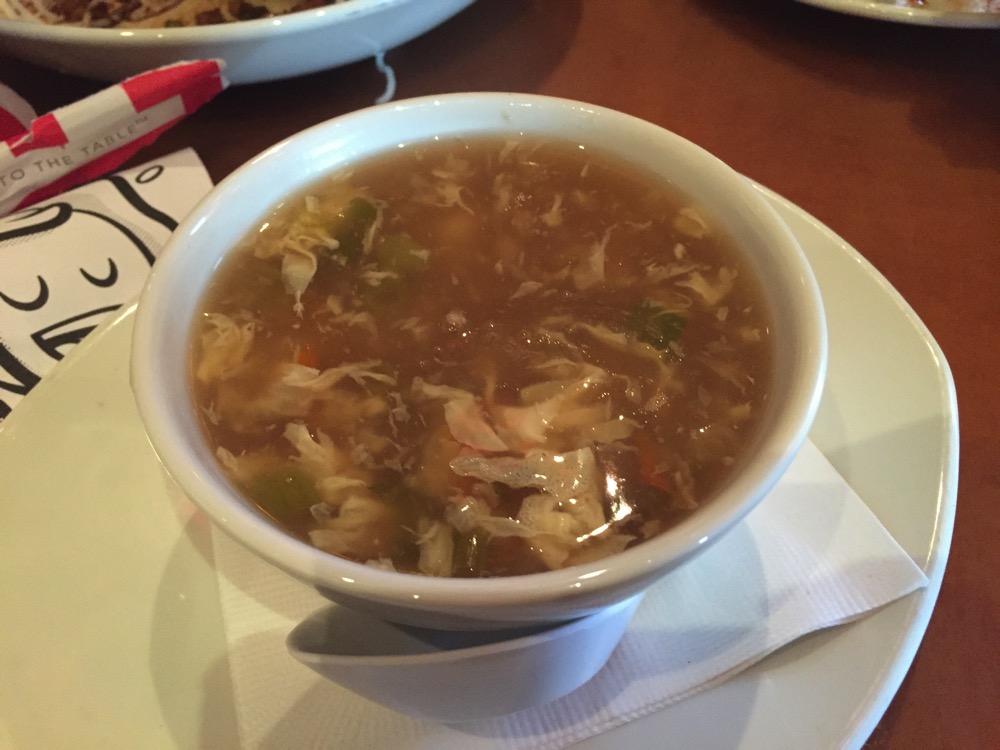 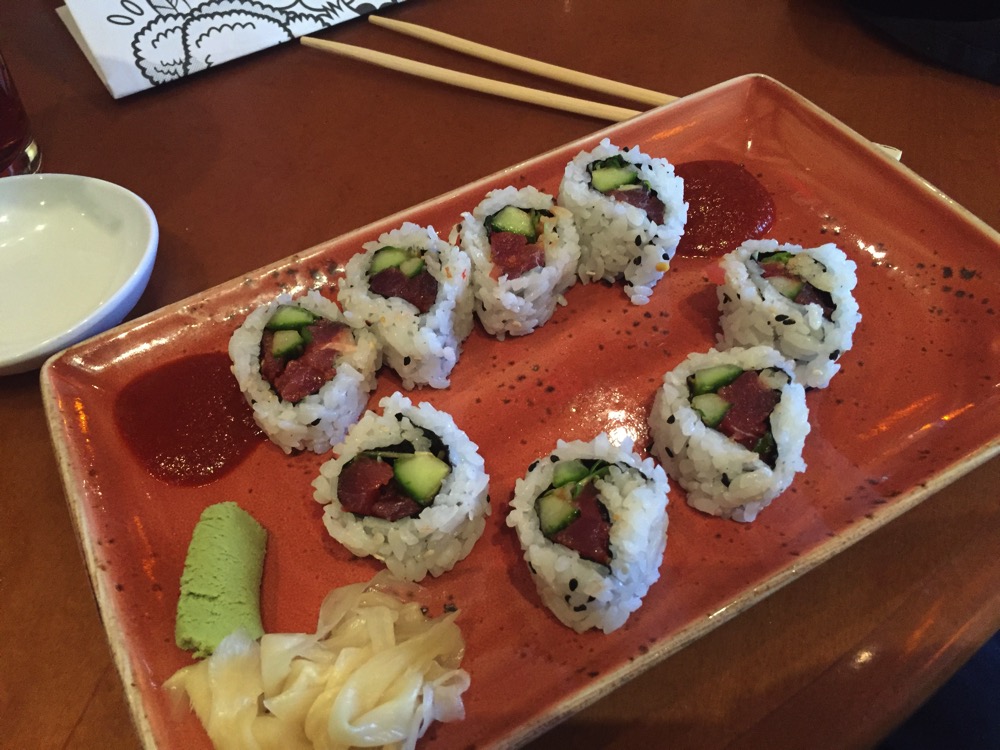 Not the best sushi in the world but it did the trick.

We did some sightseeing and and met my aunt and her husband (they live here) for dinner at Antonio’s Cucina. We split a couple of appetizers. 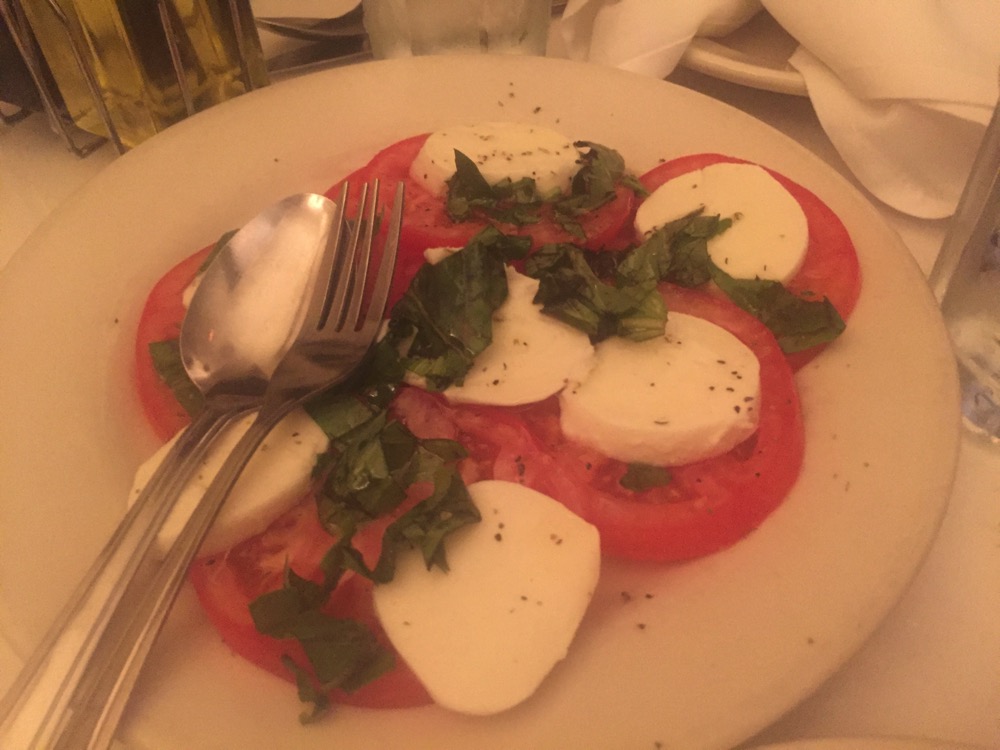 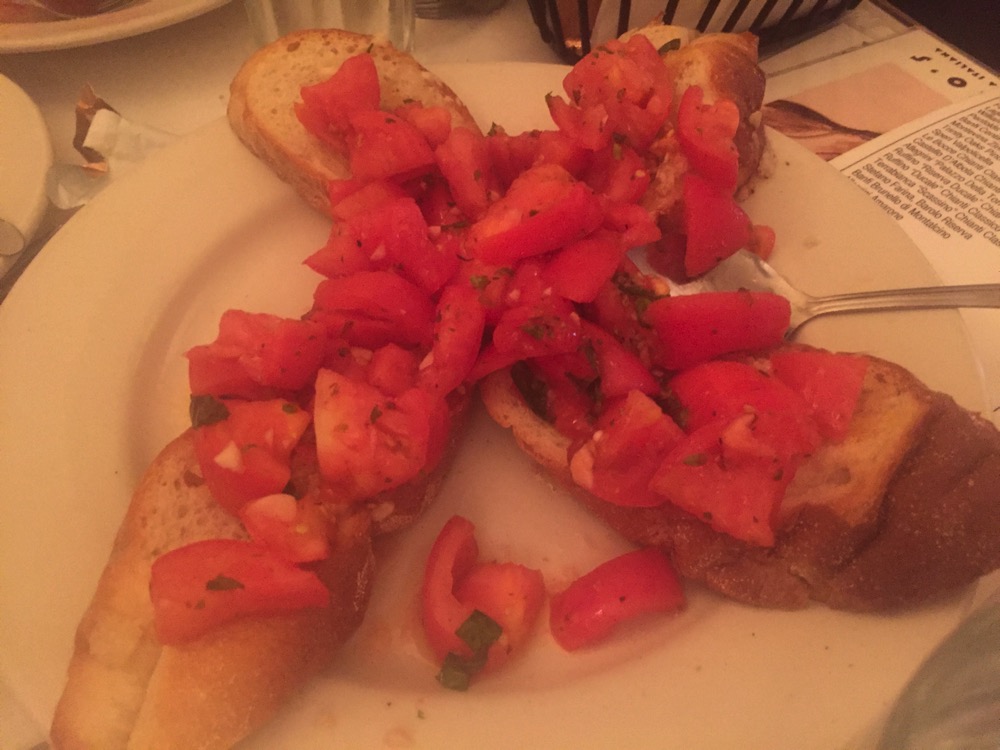 The caprese was good but the bruschetta was fabulous. Then it all went downhill with dinner. I ordered the Chicken Piccata. 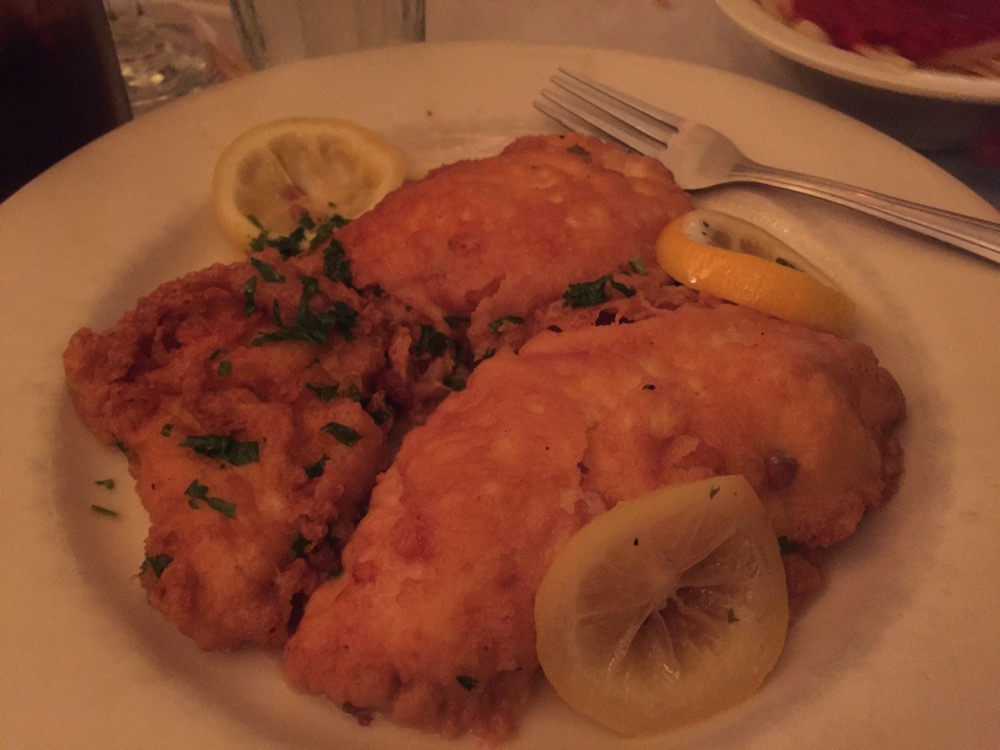 Unbelievably nasty. Thank goodness it came with a side of pasta because that ended up being my dinner. It wasn’t good either but it was the better of the two. I can’t even pinpoint exactly what was bad about the dish because everything was. Neither my mom or my husband liked their meals either. Bummer.

Things improved when we decided to pick up a couple of slices of cheesecake from Cheesecake Factory to bring to our hotel room.

Again, we were lazy and slept in this morning. It was back to Cheesecake Factory again for a quick lunch before heading out on a Duck Boat Tour. I ordered the California Guacamole Salad (mixed greens, avocado, tomato, corn, black beans, onion, radish, crispy tortillas, feta cheese and cilantro tossed with mildly spicy avocado dressing): 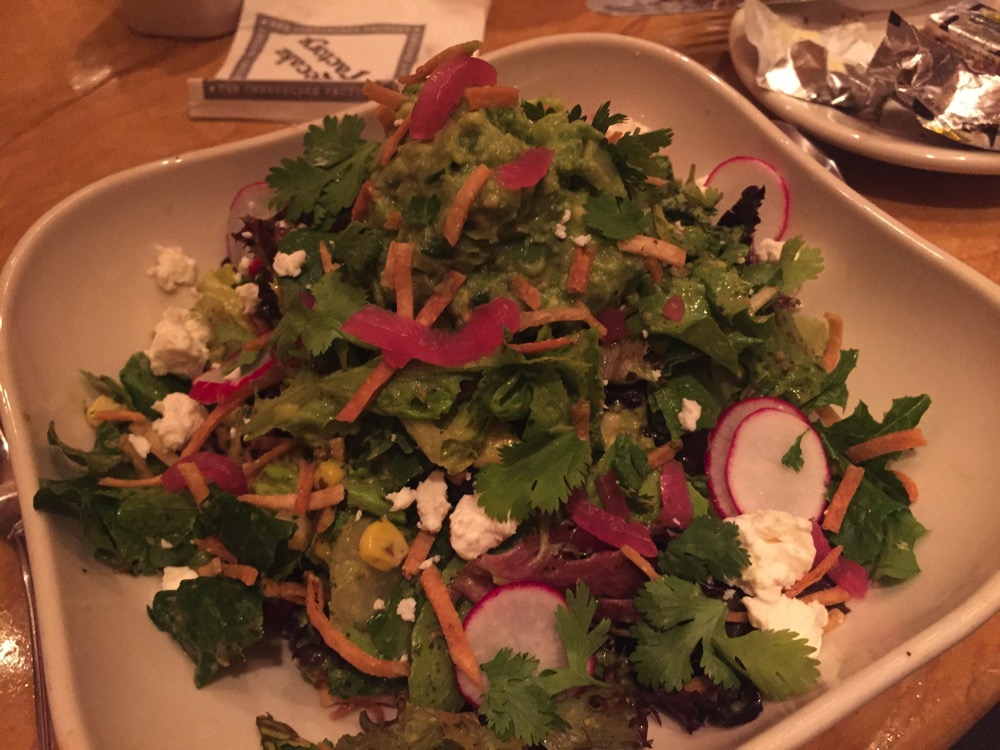 Tonight we plan on heading to the North End for some better Italian food! Lol.

Tomorrow we are boarding a week long cruise for Bermuda! Doubt I will be blogging then so I’ll see ya after the cruise!

When was the last time you had a bad meal at a restaurant?