The Bunco recipes continue with another fabulous salad: Panzanella. Again, this was another Ina Garten recipe so I knew it would be spectacular! 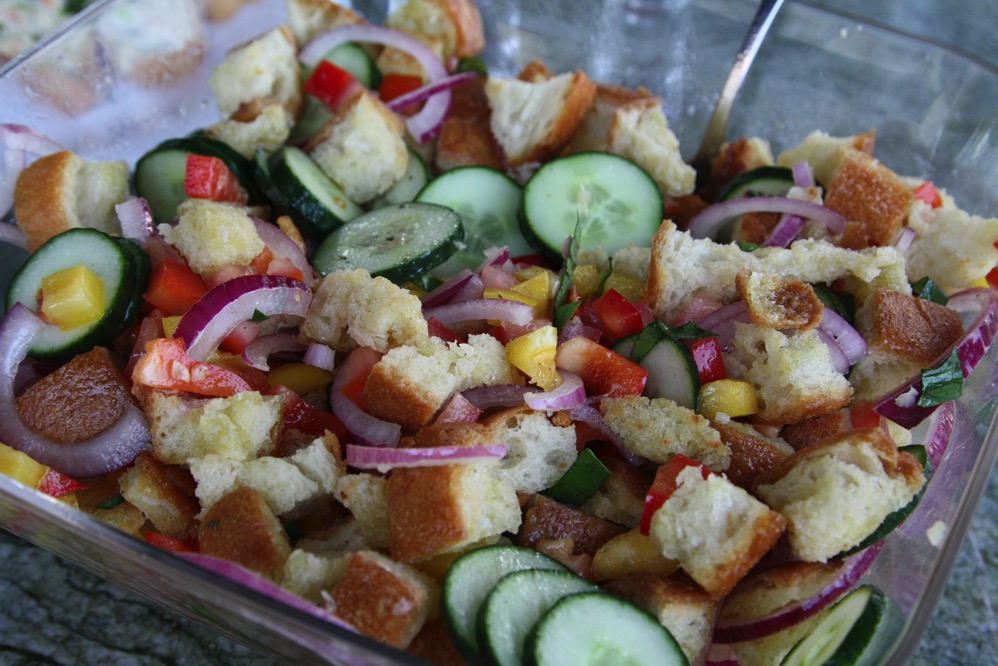 1. Heat the oil in a large sauté pan. Add the bread and salt; cook over low to medium heat, tossing frequently, for 10 minutes, or until nicely browned. Add more oil as needed.

2. For the vinaigrette, whisk all the ingredients together.

3. In a large bowl, mix the tomatoes, cucumber, red pepper, yellow pepper, red onion, basil, and capers. Add the bread cubes and toss with the vinaigrette. Season liberally with salt and pepper. Serve, or allow the salad to sit for half an hour for the flavors to blend. 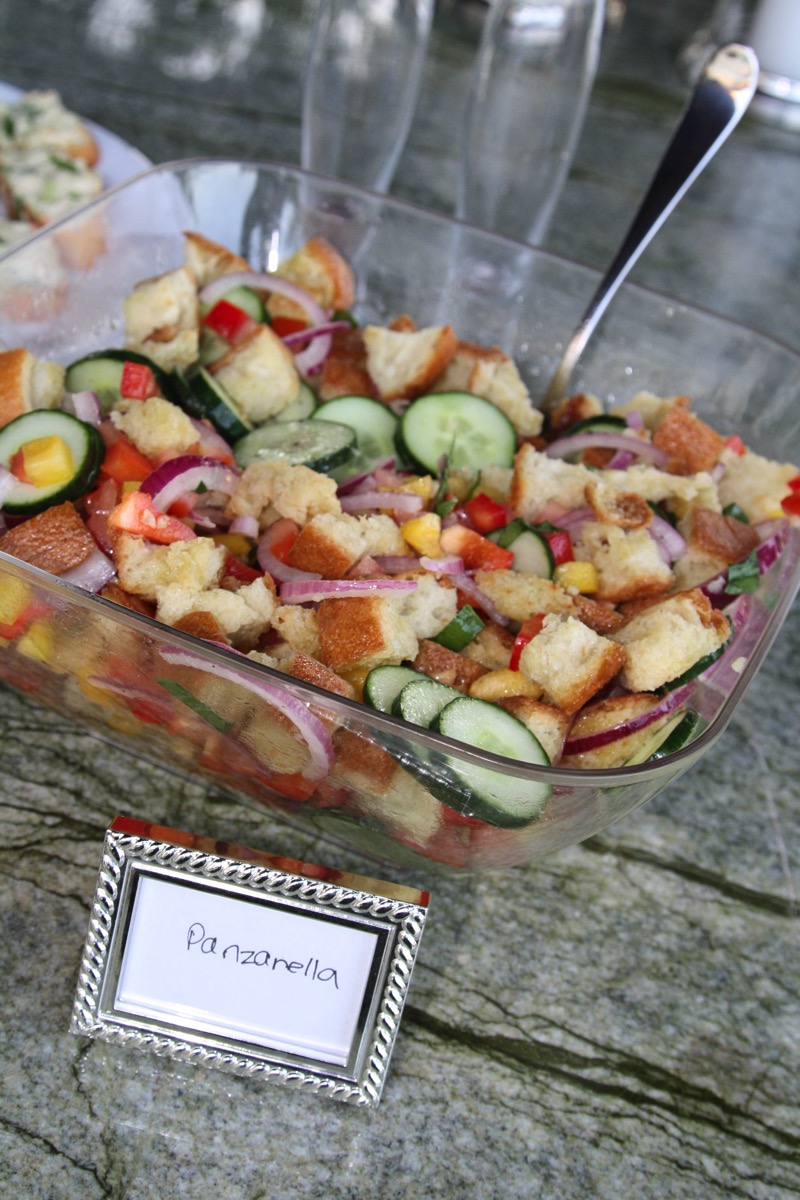 Last night there wasn’t a ton of time for dinner so pasta and salad it was! 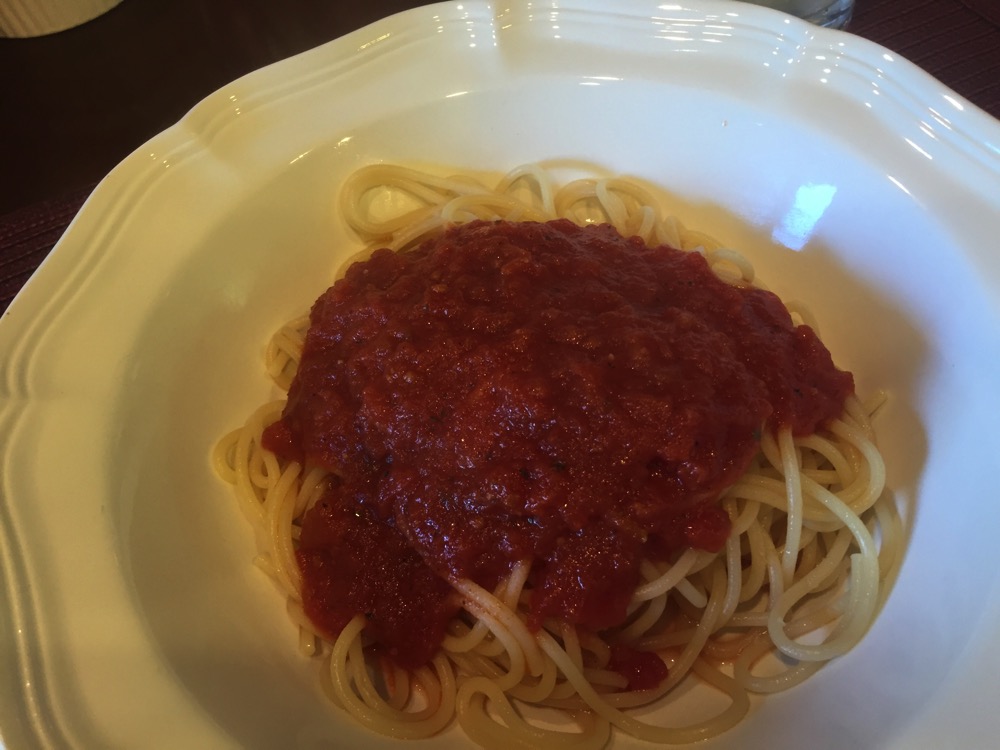 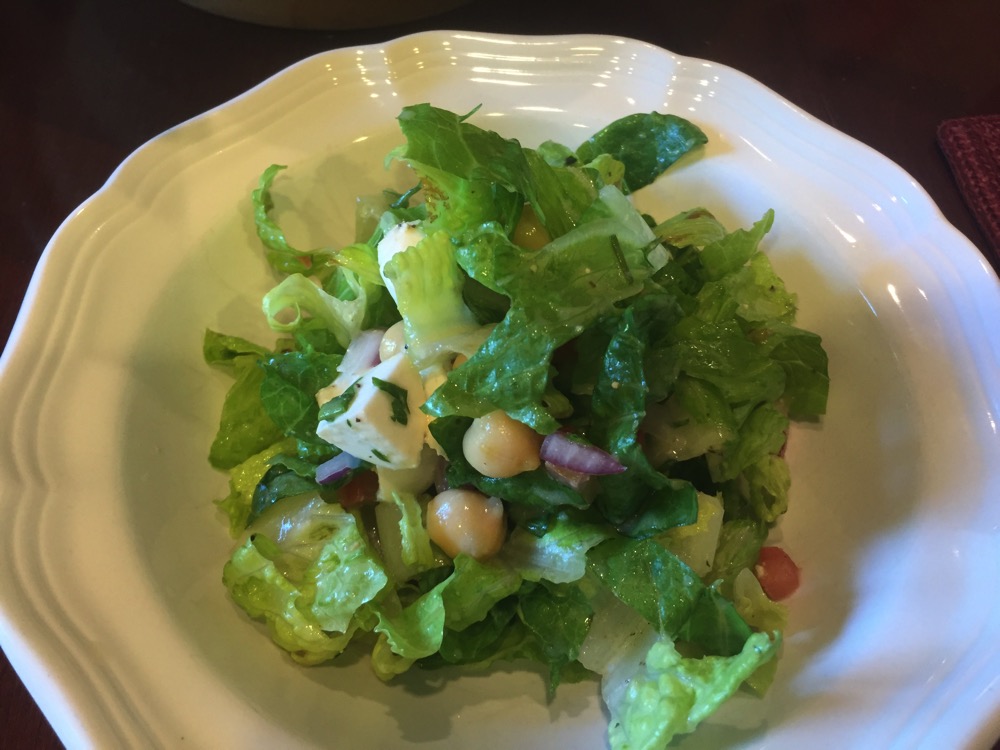 My husband is participating in his company’s basketball team so we went to watch his game last night. 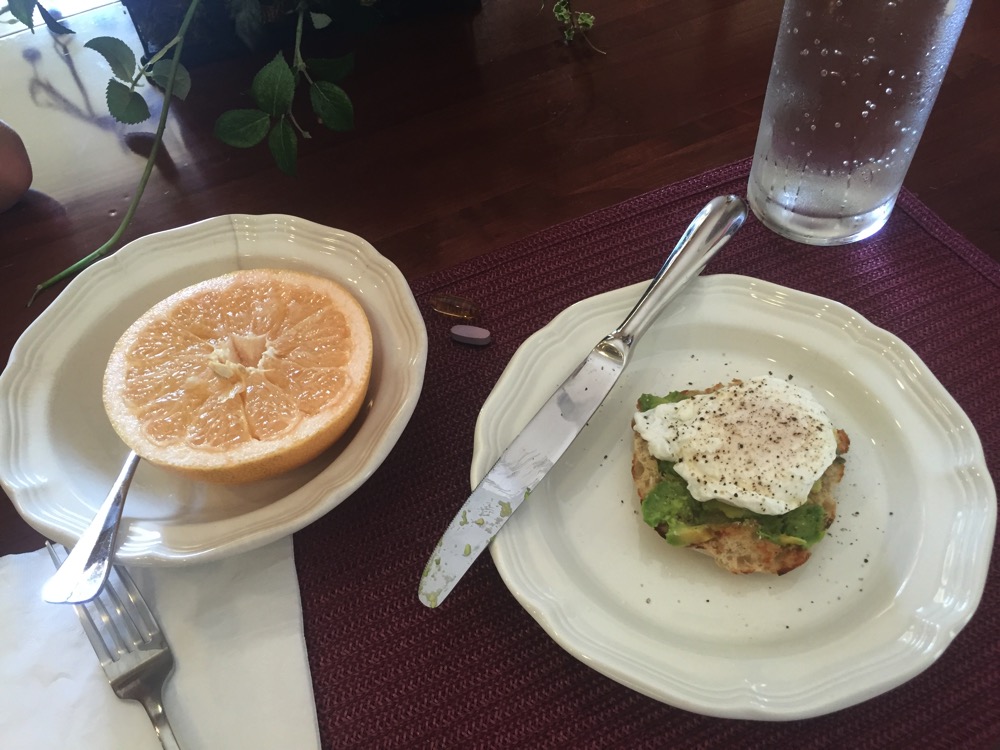 I dropped my son off at camp, ran some errands, then headed to the La Jolla Community Center for a cooking class with Phillis Carey. Today’s class was “Fresh Summer Cooking." 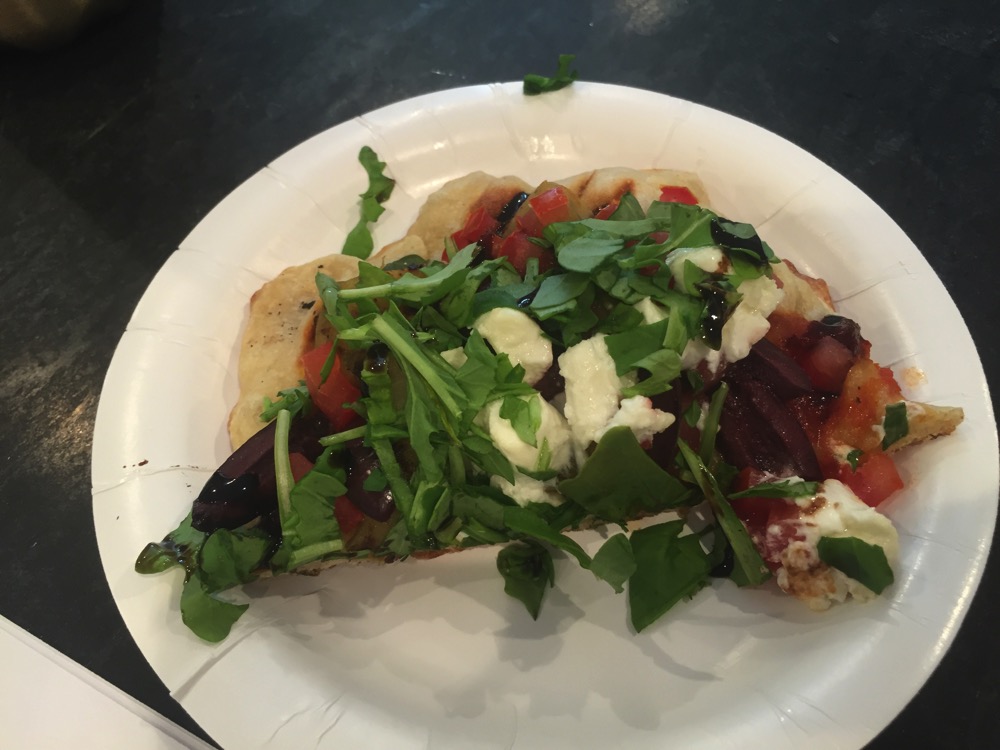 Fabulous! The flavors were so delicious together!

The next plate had two recipes: 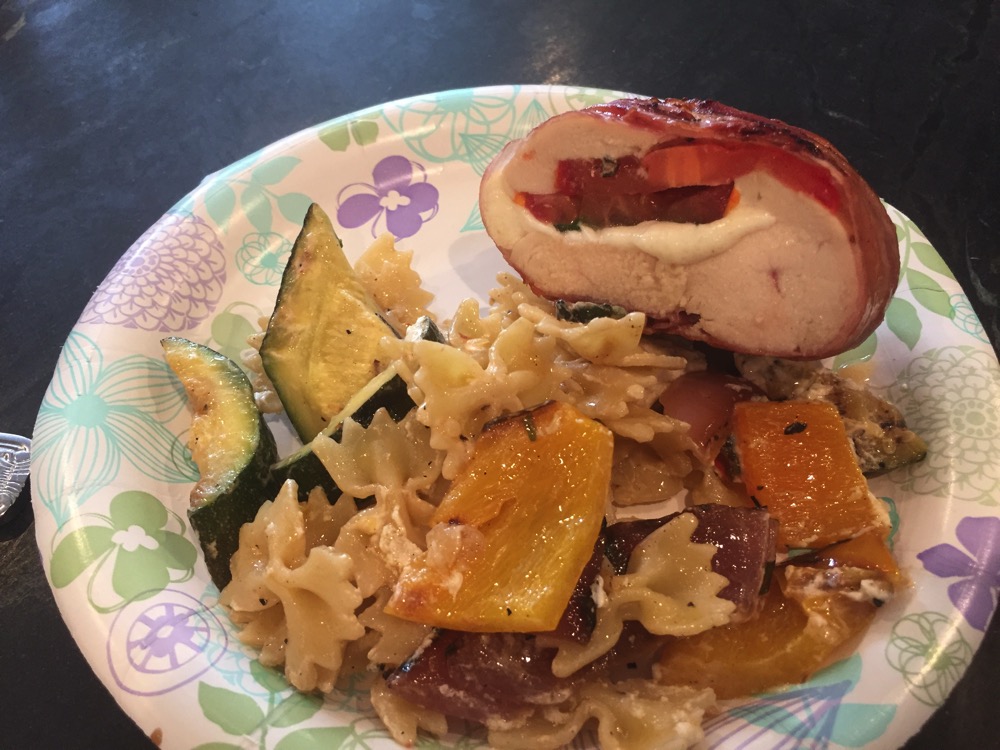 While the chicken was really tasty, the pasta salad stole the show. I wish I had had this recipe for my salad Bunco! Next time!

Next up was Spicy Basil Balsamic Marinated Grilled Salmon Topped with Corn and Pepper Relish: 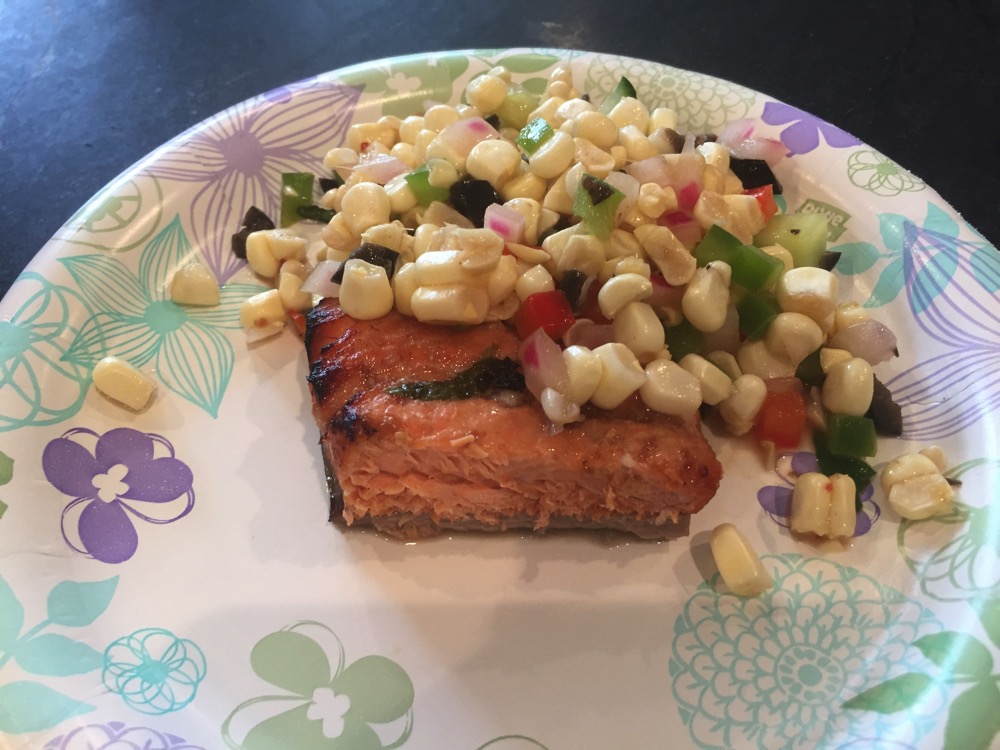 Another good one! I didn’t love the black olives in the corn relish but other than that, it was good!

The next recipe was Grilled Teriyaki Flank Steak with Mango Cucumber Relish: 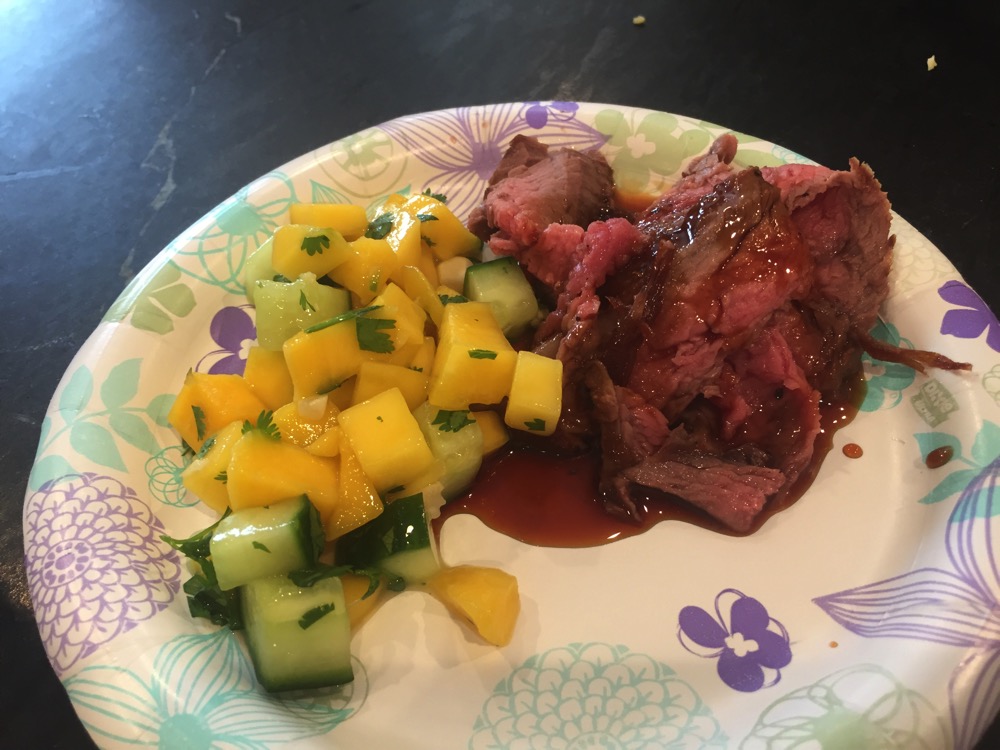 The teriyaki sauce was fabulous. Loved it on the flank steak. As for the relish, probably a bit too much fruit for me. :) 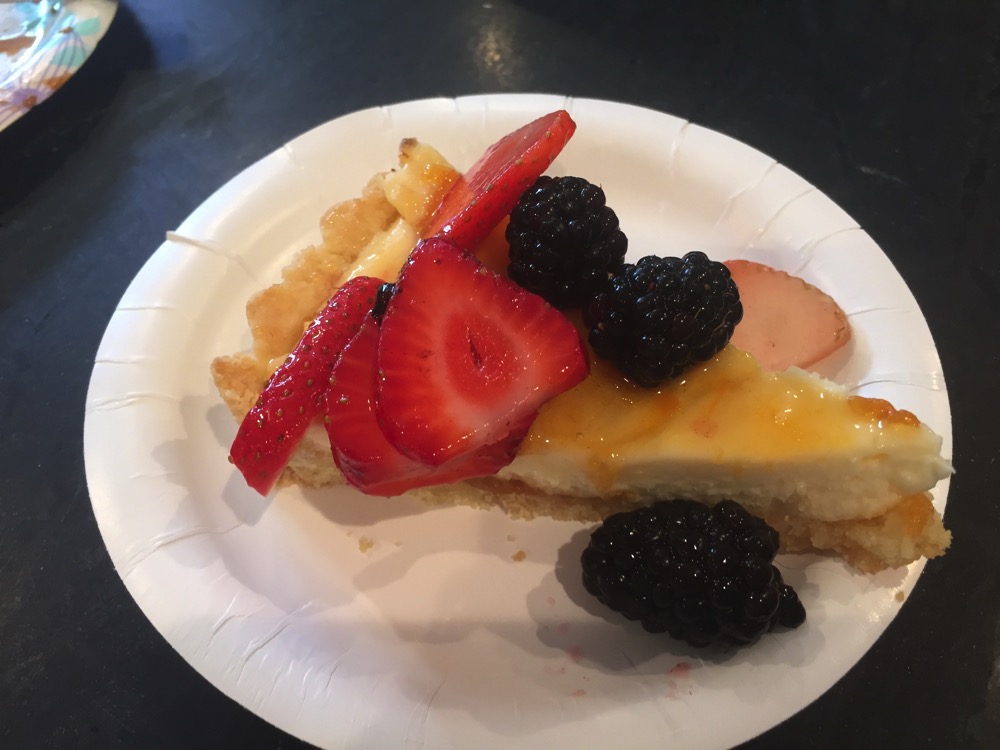 So good! Another winner. This would have been a good dessert for my Bunco!

Tonight my daughter and I have another cooking class! It’s been quite a cooking day!