My adventures getting home yesterday from Salt Lake City continued at Cat Cora’s Kitchen at the airport. I had some wine and delicious sweet potato fries. 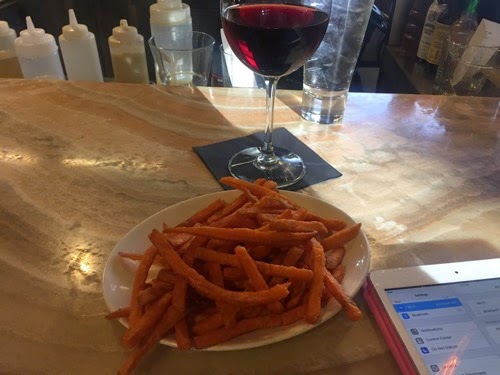 Finally it was time to board for my flight to Las Vegas. I had a couple of hours to kill there, so I searched for something good to eat. Funny that Las Vegas has some of the best restaurants ever but their airport has terrible food. I searched a couple different terminals and eventually decided on Sammy’s Beach Bar & Grill. I ordered the chips and guacamole. 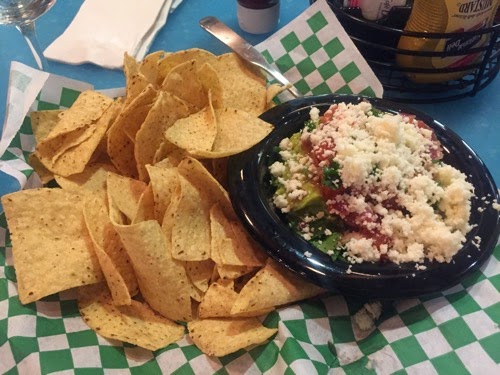 Worst guacamole. Ever. Ugh. By then, I had had it with my day. I was certainly ready to get home, which I finally did about 10:30pm last night….about 8 hours after I was supposed to.

Breakfast this morning was Honey Nut Cheerios with almond milk. I didn’t feel like making anything else. 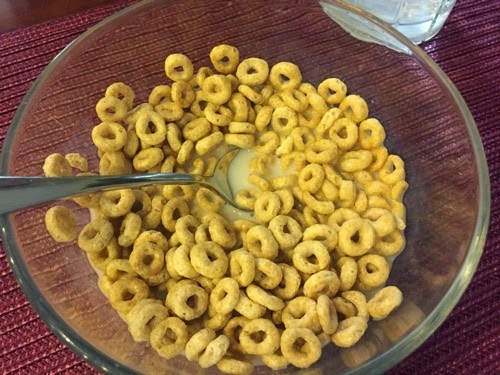 After I took the kids to school, I went to Great News for a cooking class. It has been a long time since I’ve been to one! Today’s class was taught by Phillis Carey and was “A Flash in the Pan.” Everything was cooking right in a pan, no ovens involved. 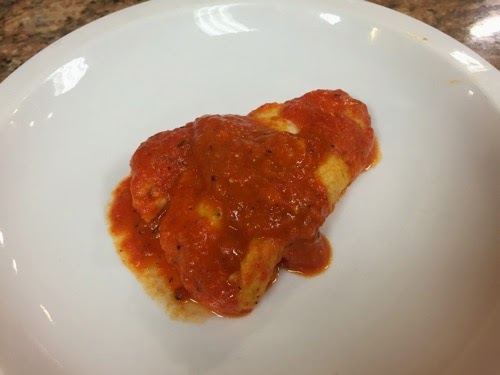 I really liked the sauce for this chicken! It would be great with some orzo and a vegetable.

The next recipe was Mascarpone Linguine with Lemon-Garlic Shrimp: 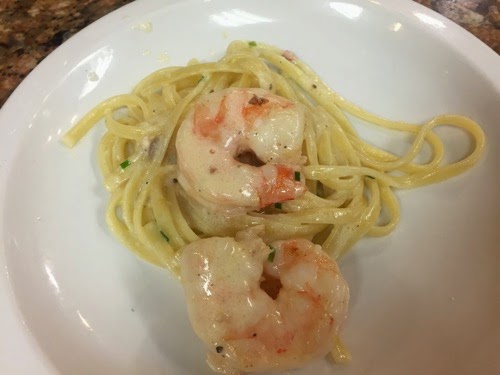 I can’t get over how good this was. I want to make this ASAP. My husband doesn’t eat shrimp….I could substitute chicken but it won’t be as good!

Next up was Balsamic, Mustard and Chutney Marinated Top Sirloin with Boursin Cheese Sauce: 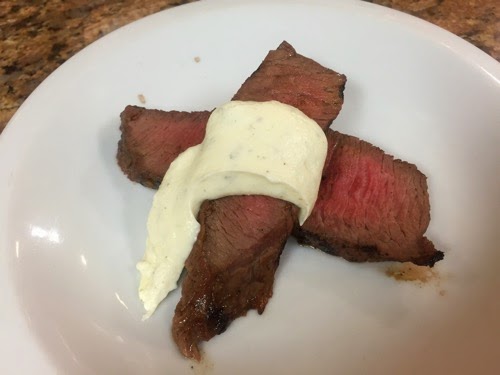 Boursin Cheese Sauce!?! How could this be bad!?! What a great dish to serve for company…it was fantastic!

The next recipe was Pork Tenderloin Ribbons with Mushrooms and Madeira Sauce: 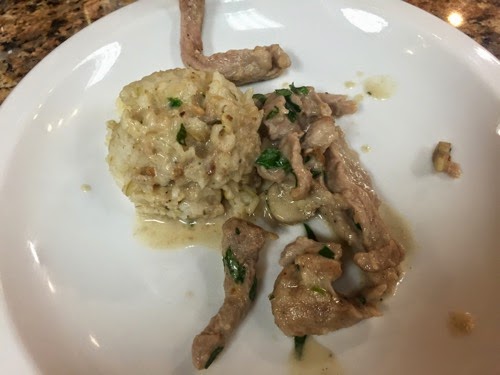 This was definitely good but not as good as the others. It was served with brown rice which complemented it nicely. 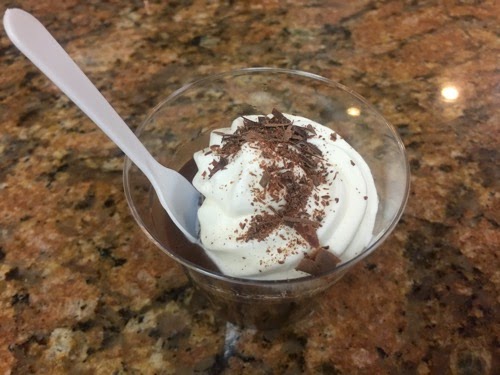 I’m not the biggest pudding fan (except for my Butterscotch Pudding) but this was amazing. SO much better than the boxed kind! :)

What was your favorite dessert growing up? Mine probably was Entenmann’s Chocolate Cake.